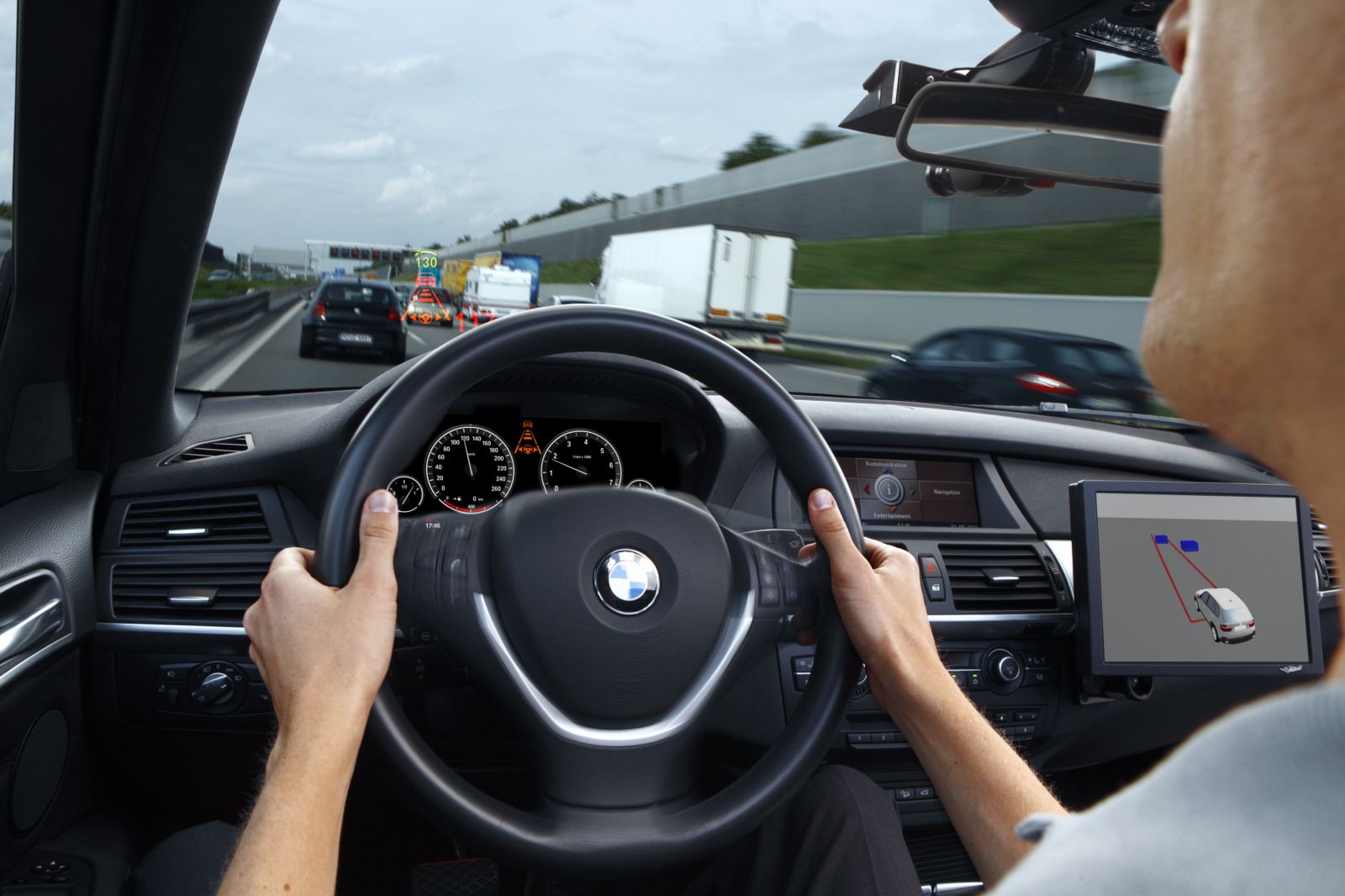 Technology has changed, changes and will always change our lives. Looking back only ten years ago, one can only appreciate the technology advancements that took place across industries, and especially, in the automotive world. From safety features to increased comfort and better fuel efficiency, technology has managed to change the way we drive and interact with cars.

BMW, among other premium automakers, lead the innovation stream and push the envelope further and further. Latest futuristic feature currently under-development comes to increase driver safety. Built under the label Active Cruise Control, the technology allows the car to follow the curve of the motorway without any driver input.

Sensors placed in the steering wheel react with a sound warning when the driver removes his hands. According to BMW, future enhancements could allow complete automatic drive of the car. Input the final destination and the car could potentially use all the sensors and 360 degrees cameras to drive you to the final destination. 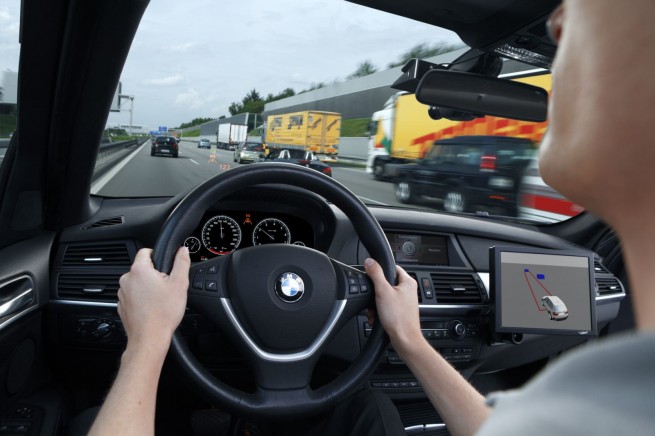 Of course, further implications could slow down the adoption of this system, beginning with strict safety regulations and regulatory laws that until now, has seen the car as a mean of transport under the control of a human being.

Let’s have a look at how BMW describes their Active Cruise Control with Stop and Go function.

Active Cruise Control with Stop & Go function (ACC Stop & Go) not only maintains the desired distance to the vehicle in front, it also brakes the car‟s speed in heavy traffic down to a standstill. But wouldn‟t it be useful if the car could also actively control the steering, especially in more mundane situations such as traffic jams and queues? BMW Group Research and Technology experts working as part of the “Traffic Jam and Queuing Assistant” research project are focusing on giving the car the abil ity to steer itself in order to help drivers stay in their lane. The intervention of the Traffic Jam and Queuing Assistant makes life easier for the driver in comparatively
tedious situations – from 0 km/h right through to 130 km/h. 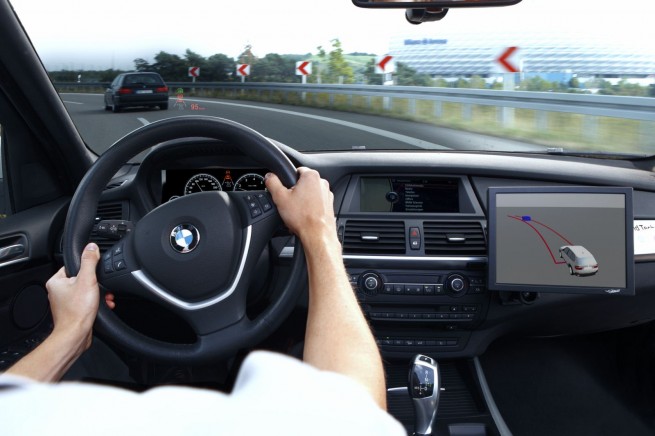 A car that can think and steer.

The experts at BMW Group Research and Technology have extended the reach of ACC Stop & Go to include a “lateral guidance” function – the Traffic Jam and Queuing Assistant. Taking the vehicle in front of them as a reference point, drivers can use the system to determine the distance between them and their own top speed – in the same way as with Active Cruise Control.

The difference is that the car can now also actively control the steering. Further development of the camera technology already in use today enables the car to anticipate the path of the road ahead on the basis of the road markings and automatically carry out minor corrections in its line. However, there are limits to what the video-based sensors can do. Automated driving is not yet possible (or desirable) through corners of a certain tightness, as drivers should not be relinquishing the task of driving the car; technology should merely help them fulfil this task. For this reason, every time the research vehicle comes to a halt, the Traffic Jam and Queuing Assistant requires the driver to reconfirm “longitudinal guidance”, i.e. resumption of the journey with the system switched on. The system is only active when the driver has his hands on the steering wheel. Equally, though, he can deactivate this steering assistance by starting to change lane, either through a clear steering movement or by switching on the indicator.

“Our aim is to assist drivers in tricky driving situations, but without taking the responsibility for driving the car out of their hands.” Dr .Thomas Schaller, joint head of the Traffic Jam and Queuing Assistant project with Dr. Nico Kämpchen. 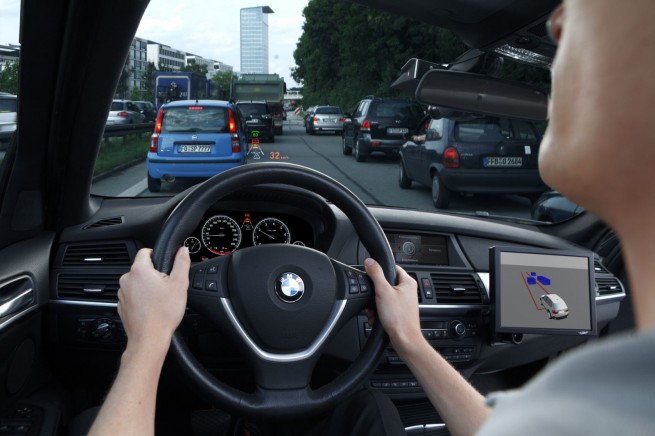 The Traffic Jam and Queuing Assistant complements the proximity control function of ACC by actively introducing steering inputs to correct the car‟s line. These interventions can be clearly felt through the steering wheel, which is why the driver has to keep his hands on the wheel at all times in order to use the Traffic Jam and Queuing Assistant. If his hands come away from the wheel, the system is automatically deactivated and the driver is given a clear alert. The function can only be reactivated once the driver has his hands back on the wheel. This safety mechanism is designed to ensure that the driver is not tempted to drive with no hands, but is ready to take action at any time.

If a corner is too tight or the system reaches its limits due to insufficient road markings, the Traffic Jam and Queuing Assistant prompts the driver to take over full driving duties once again and switches itself off. The status of the system and this driver alert are flashed up within the driver‟s direct field of view both in the instrument cluster and on the Head-Up Display.

A highly automated view of the future.

Although the Traffic Jam and Queuing Assistant is still at the research project stage as things stand, it is allowing the engineers to build up important real-world experience on the technology‟s lateral guidance capability and to gradually explore its limits. The research is certainly heading in a clear direction. In the future, vehicles capable of a high level of automated driving in traffic tailbacks, in particular, would be a very attractive proposition. Up to certain speeds, this would allow the driver to work on emails or call up multimedia applications, for example. Heterogeneous and redundant sensors – i.e. the simultaneous use of radar, camera and laser scanners – could link up with extremely accurate digital maps to transform this idea into a reality.

“Technically, we are already very close to real ising this vision, as systems such as the BMW TrackTrainer and Emergency Stop Assistant show. However, many issues surrounding the technology still need to be clarified, and we‟re looking into these with our prototypes.” Dr. Nico Kämpchen, joint head of the Traffic Jam and Queuing Assistant project with Thomas Schaller. 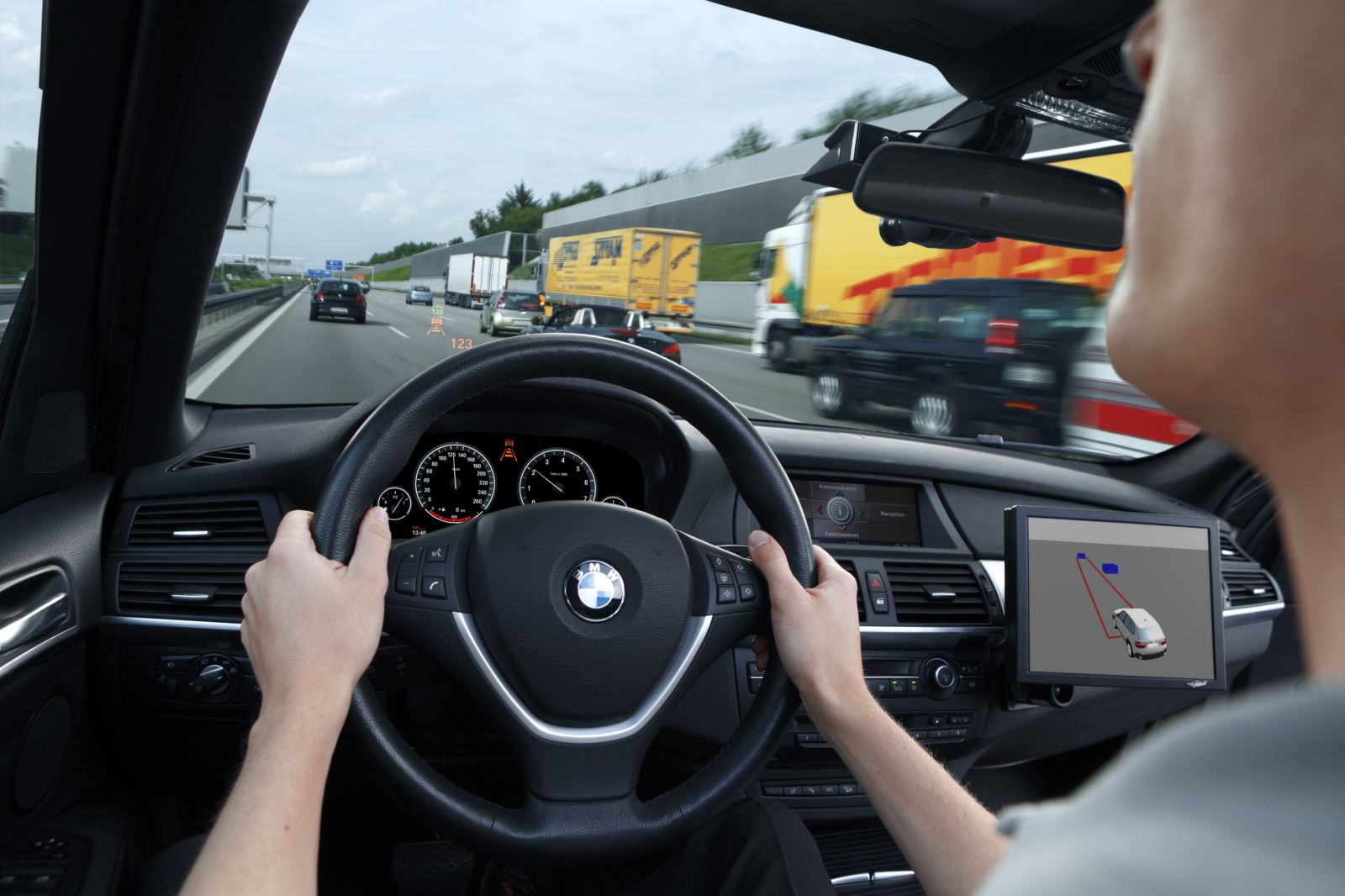 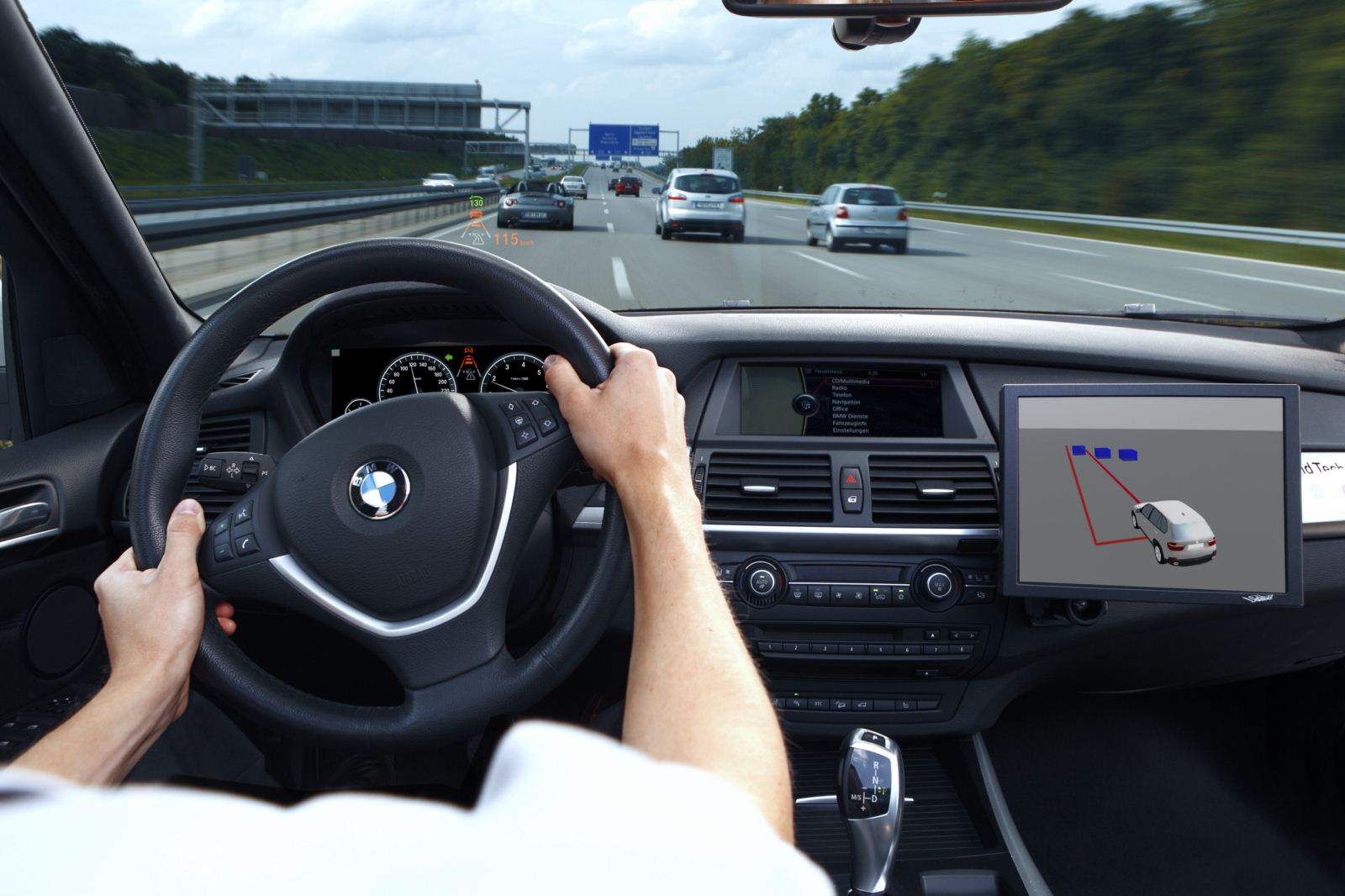 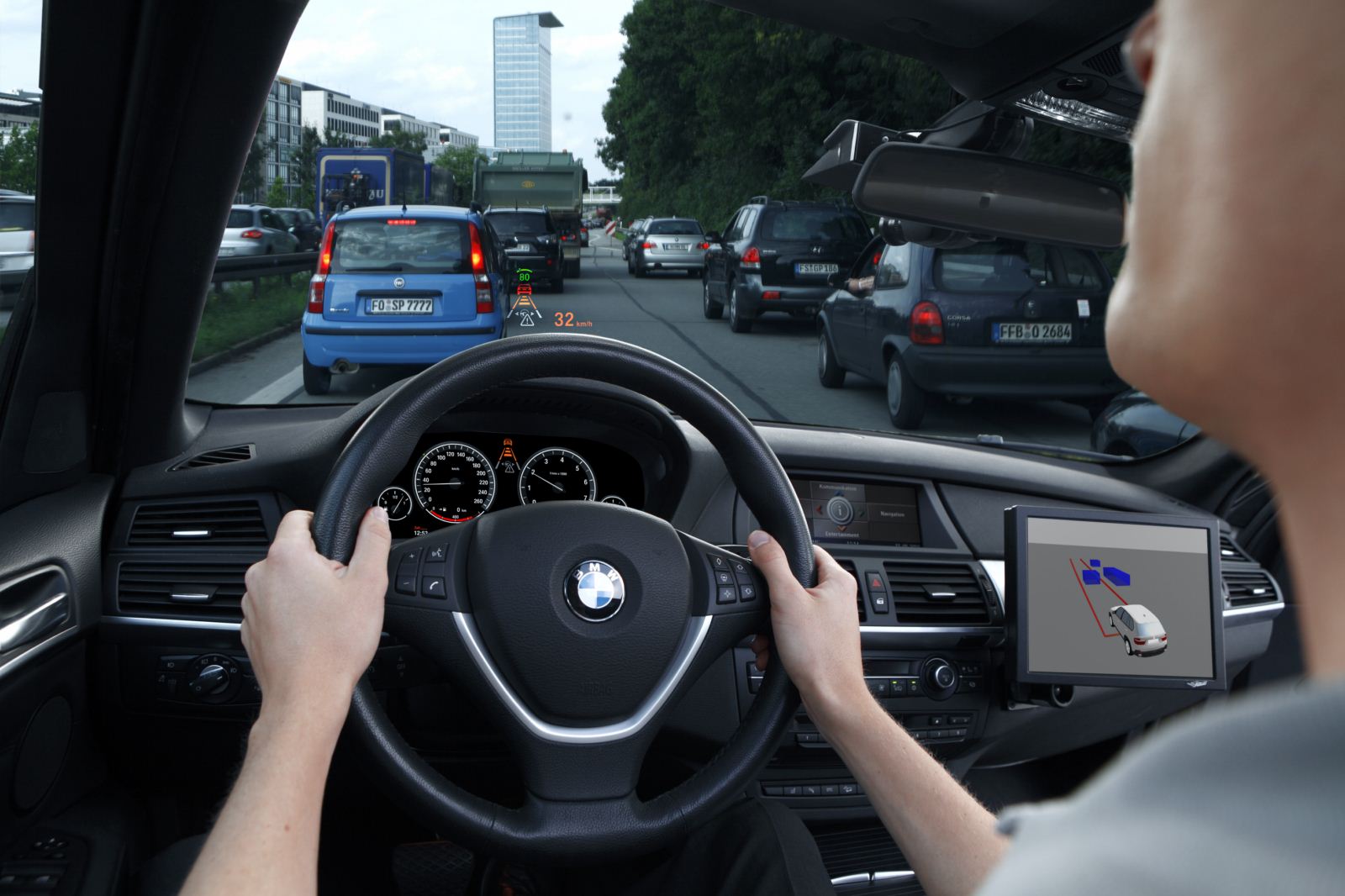 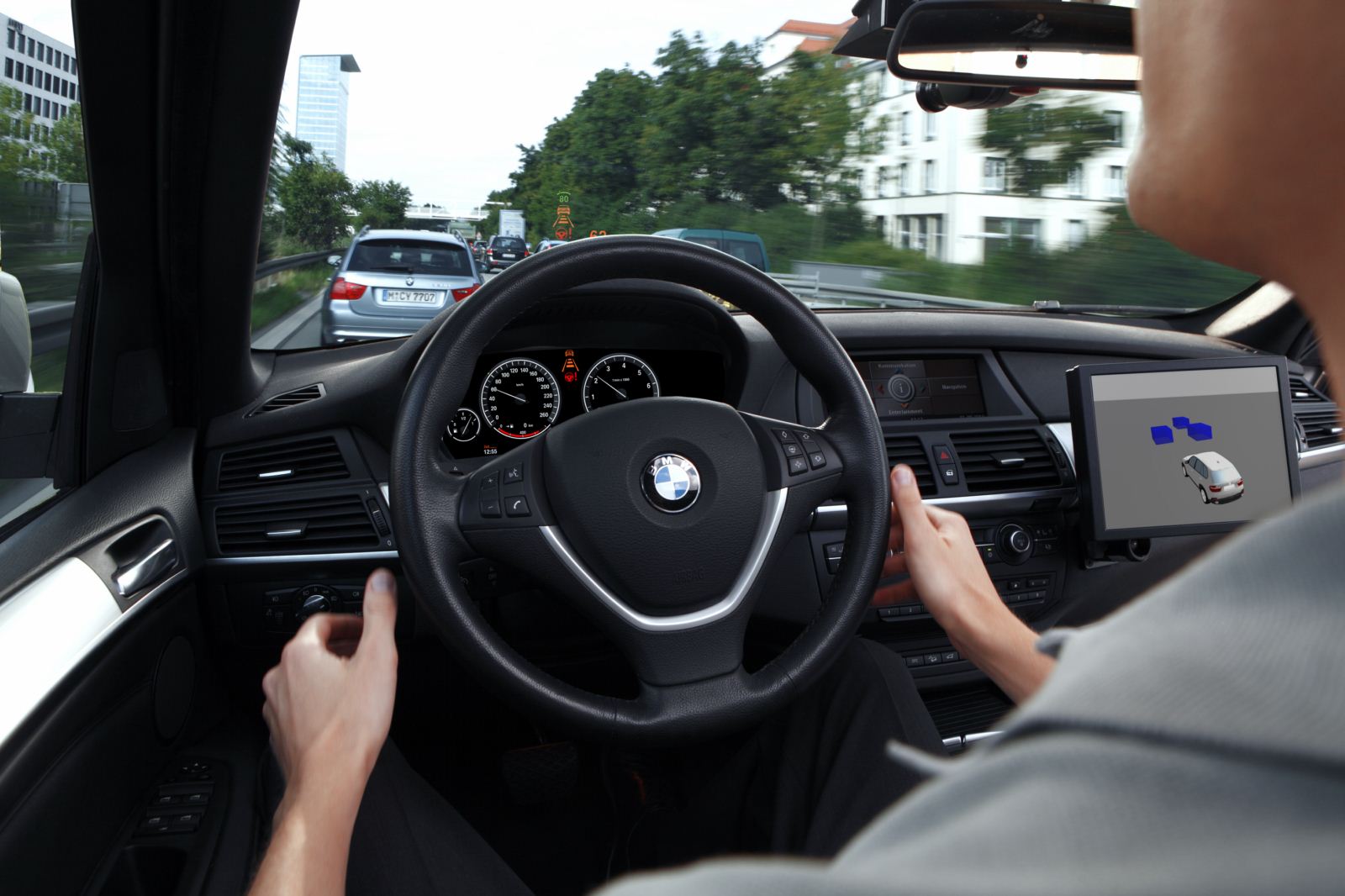