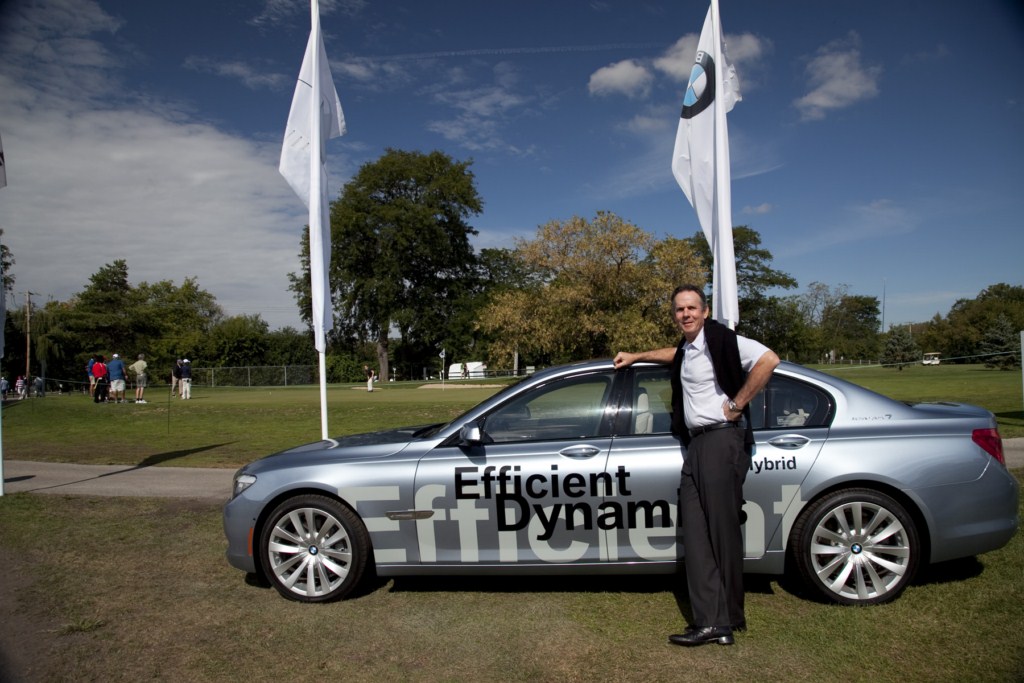 Chef Thomas Keller has been the man behind his own personal line of Limoges porcelain dinnerware for Reynaud entitled Point, after one of his favorite chefs, Fernand Point; as well as helping to design his own collection of MAC knives, Christofle hollowware, and using nothing but All-Clad cookware.

He also has quite the empire of fine dining experiences. The list of restaurants that are home to fine Thomas Keller cuisine are The French Laundry and ad hoc in Napa, CA; Per Se in NY, and Bouchon in Napa, Las Vegas and Beverly Hills, as well as Bouchon Bakery in Napa, NY and Las Vegas. If you weren’t keeping track, that’s 10 restaurants.

But that’s not all… 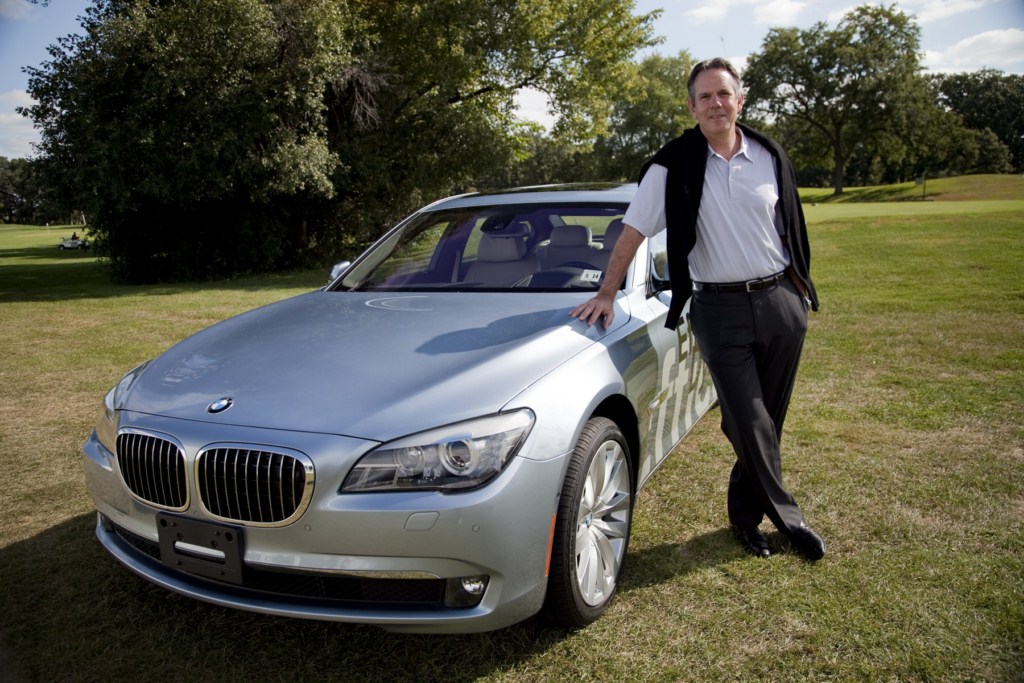 From his recent partnership with BMW, his loyal love of the brand, and his numerous roles in assisting box office hit movies, Chef Thomas Keller is a very busy man. Whether he’s in the kitchen cooking a perfect meal, at home with his family, on the golf course swinging away, or most importantly, driving his BMWs, Chef Keller is never caught not doing something he’s passionate about.

He’s also been the technical chef behind such movies as Spanglish with Adam Sandler, and Pixar’s Ratatouille. For Spanglish, Chef Keller taught Sandler how to make different foods that he’d be seen creating throughout the movie, including “the world’s greatest sandwich.” But in Ratatouille, his role was much different. Not only did he lend his voice to a certain restaurant customer, he also allowed the producer of the movie to work with him in the kitchen at French Laundry, he also prepared different foods for the animators to work on.

And that’s where his passion brings him one more time to his love of BMW the brand, the cars and the image. Like many of us, Thomas Keller didn’t just wake up a BMW enthusiast. No, he was taught it by his older brother. Exactly the same way I learned to love the cars I get to talk about today. In fact, Chef Keller owns two very fine examples of BMW’s perfection from over the years. What cars, you ask? Well, read on to find out.

BMWBLOG: What was your initial inspiration in becoming a world class chef?

Chef Keller: I don’t think anyone sets out to become a “world class chef.” We just enjoy cooking. That’s how it was with me. I love to make food for people. It’s a good feeling, because I get to make people feel good when they eat food. That’s what it’s all about, isn’t it?

BMWBLOG: Why did you buy a BMW for your first car? And what model was it? Do you recall how it all happened?

Chef Keller: It was actually my first new car; I had two used ones before that. But it was a 320i. It was right when they started making the 3-Series to replace the 2002. My brother had one of those. I guess it must have been a ’74 or ’75. He was the reason I bought one. And I’ve loved it ever since.

BMWBLOG: I hear you drive a 5-Series touring. What was the motivation behind this purchase and why the Wagon?

Chef Keller: Oh, what a great car. It’s a 2000 540i with the sport package. I bought it from a friend about 5 years ago, and it had so few miles on it. I drive it every day. It’s great, because I can throw my golf clubs in the back and go golfing, or I can go pick up the groceries, or do whatever. It’s got all of the room I need.

BMWBLOG: Can you tell us more about the recent partnership with BMW? And besides the admiration for the brand, why BMW and not another premium automaker?

Chef Keller: Yeah, well we [French Laundry] had done different events in the past together. They’ve been a very special brand to work with, and this has been another amazing partnership with them. It’s kind of easy to answer why BMW, isn’t it? I mean, I love BMW. I have two of their cars now, and how could I partner with another company? And it’s interesting; this wasn’t a deal where we set this up, it just sort of happened, organically. And isn’t that they way you want things to work out?

BMWBLOG: From a wide variety of BMWs currently available, why did you choose the ActiveHybrid7?

Chef Keller: Well aside from it being a great car, it’s responsible. It has all of the luxury of a 7, but it’s good for the environment. And in today’s world, that’s a good thing. 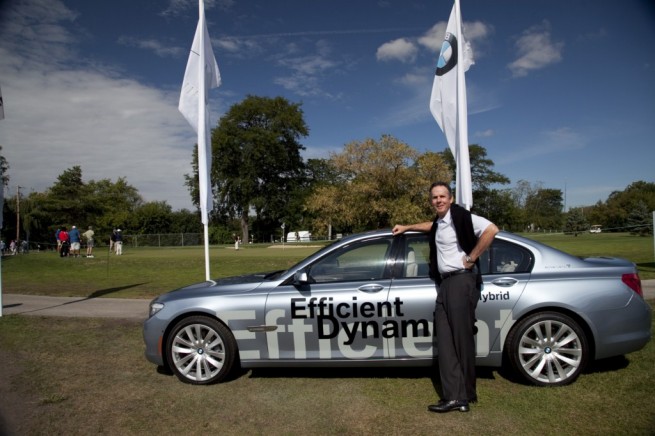 BMWBLOG: Have you had a chance to drive the car?

Chef Keller: I have, yes. I just got back from Chicago where I drove it at an event there.

BMWBLOG: What did you think?

Chef Keller: Oh, what a beautiful car, inside and out. It drives so well. I mean, it’s a 7-Series, so it’s the top as far as luxury goes. It really doesn’t get much better than a 7, does it? 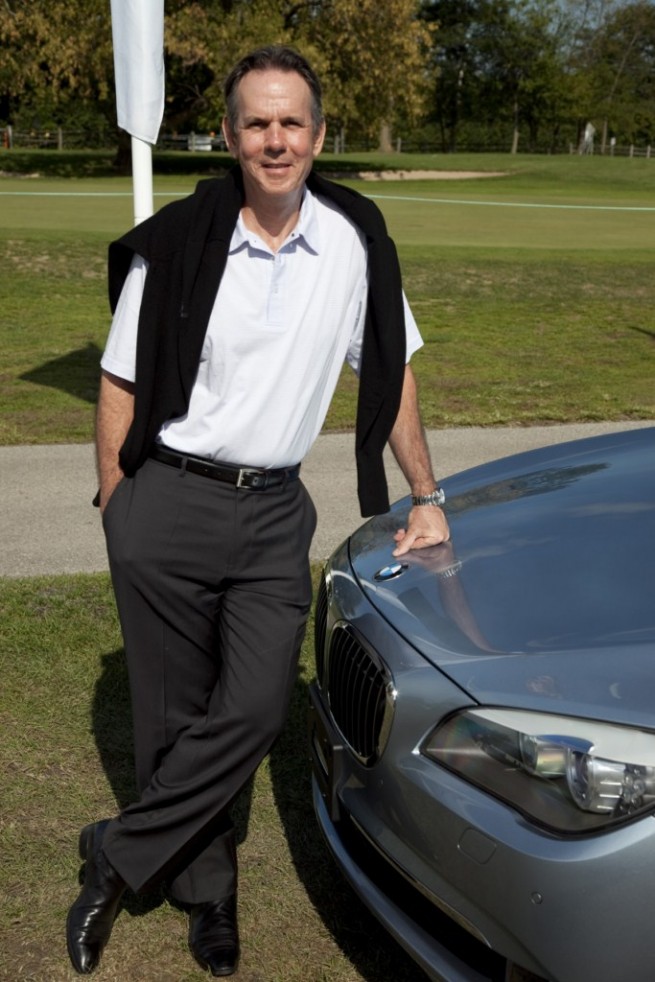 BMWBLOG: What is your favorite meal or style of meal to prepare?

Chef Keller: That’s difficult to say, because there are so many different kinds of meals for different occasions. Like, if I were doing family style? I would go for something very simple, but still very good. 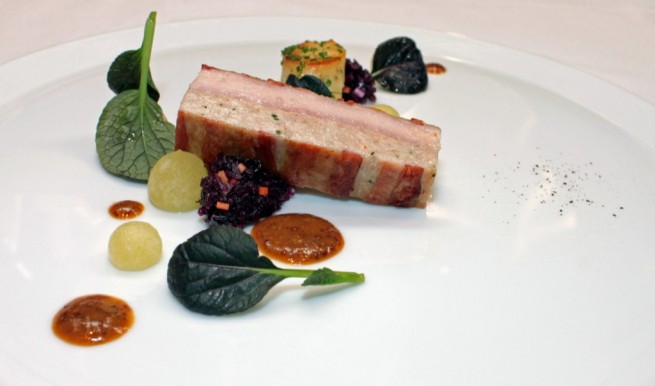 BMWBLOG: The names of your restaurants (French Laundry and Per Se) are very interesting; any reason or special story behind the names?

Chef Keller: Well, with French Laundry, that’s just what it was. In the 1920s it was a French steam laundry, and years later it was bought and turned into a restaurant, but keeping the name, because that’s how people knew it. And when I took over in ’94, I didn’t see any reason to change that. That’s a part of the history. As for Per Se, we were looking to put a restaurant in the Time Warner Center, and they wanted me to make it just like French Laundry, and I didn’t want to do that. You don’t mess with a good thing like that. So, I said to them, “It won’t be a French Laundry, per se…” And that was the name. It stuck.

BMWBLOG: What is your favorite BMW model of all time?

BMWBLOG: Which would you prefer to drive, a manual, or an automatic/DCT gearbox?

Chef Keller: To be honest, I haven’t driven the new dual-clutch manuals, so I can’t say. But, I’ll put it this way: My daily driver is an automatic. It’s what I use to pick up everything. But my weekend, and one of my most prized possessions is my 320i, and it’s a manual. I’ll also say this: I don’t think you could have a 7 with a manual. But I can’t see having a BMW sports sedan without a manual.

BMWBLOG: I’m horrible at cooking. In fact, I can burn water… What advice can you give me as a BMW enthusiast, who only knows how to cook tires?

Chef Keller: Mine, too. It’s easy to prepare, but it’s so good for you. Anyone can make a good roast chicken. It’s funny, because back in the day, Kings and peasants were both eating chicken. It’s just good food. So I would recommend that you make a good roast chicken. And there are so many easy recipes that you can find either in my cookbooks, but also I’m sure on the Internet, haha.

BMWBLOG: Thank you, Mr. Keller for your time.

I’d like to say a special thank you to Chef Keller, for not just agreeing to do this interview, but for being a genuine guy on the phone with me. We had a nice long conversation that went way past the amount of time that we were supposed to talk for.

And I learned a few things about the man: He truly is a BMW fan, but also a great person to talk to. For our chat, he was extremely laid back and asked me to call him Thomas, trying to just have a good one-on-one talk. I hope you enjoyed this, folks. I certainly enjoyed speaking with him.