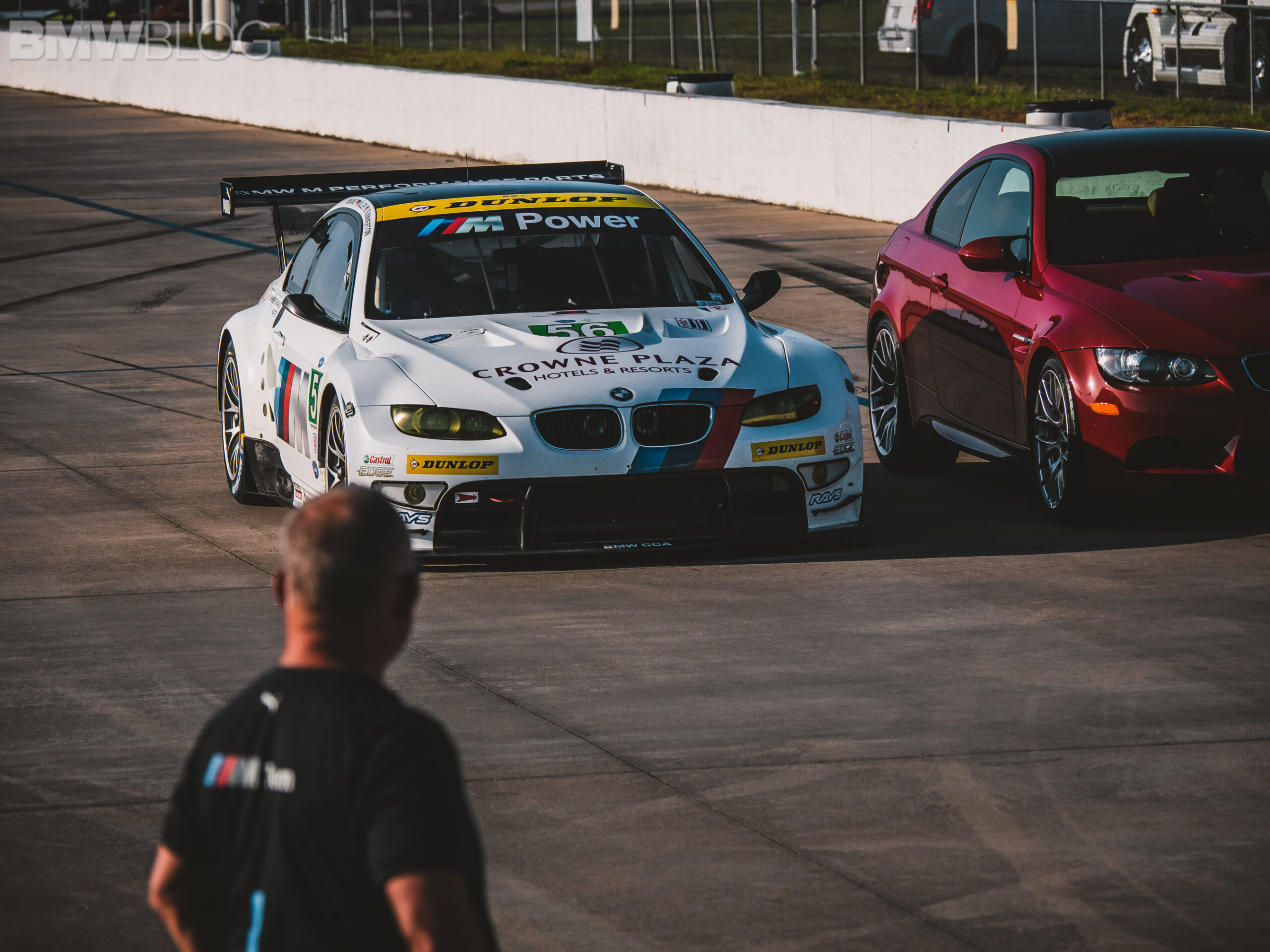 The 2010 American Le Mans Series has been a hotly contested battle across the first 8 of 9 tracks on this year’s calendar. Far and away, the GT class(formerly GT2) has been one of the most dramatic classes to watch in a while with fierce battles between the BMW M3 GT’s, Porsche GT3’s, Ferrari F430’s and even the Corvettes have come down from GT1 to play.

The resulting battle for dominance in GT class over the season has provided ALMS fans an interesting end to the 2010 season with the constructor’s championship coming down to the wire at the last race held at Road Atlanta: The Petit Le Mans.

Leading up to this race the BMW Rahal Letterman M3’s have managed some very impressive results in only their second season fielding the M3 GT’s. Between the pair of M3 GT’s, their drivers Joey Hand and Dirk Müller of the #90 car and Bill Auberlen and Tommy Milner of the #92 car have managed 8 consecutive podiums over the course of 8 races – a impressive result for any team, much less a new one! At the ALMS race held at Road America in late August, the #90 car managed a victory over the rest of the GT field, though with only a lead of 2.6 seconds after 66 laps, proving how strong the competition has been.

Despite the team’s high level of consistency across the season they have had hiccups detering progress such as Auberlen’s shunt with an LMPC car at Road America and then a disappointing result involving the #92 car in an accident early on in at Mosport in Canada. However, BMW-RLR remain very optimistic that they approach the season finale with a high chance of winning the 2010 Petit Le Mans and 2010 ALMS Constructor’s Championship.

The Petit Le Mans was an event added to the IMSA calendar and marked one of the first ALMS competitions. With its undulating hills and high-speed sections coupled to tight corners, the massive 2.54 mile long Road Atlanta will provide an excellent location for the GT’s to battle it out for the championship. The race cars will be forced to not only endure the competition but also the 1,000 miles or 10 hours across this very hilly course. With such a long and grueling race to win, BMW-RLR have brought in two additional drivers, WTCC champion Andy Priaulx and Dirk Werner as part of the Intercontinental Le Mans Cup  – a program working to establish a worldwide GT category. With the 2010 Petit Le Mans being such an important event we requested to be embedded  with the BMW-RLR team and as a result, we will be providing live coverage straight from the track on October 2nd when the flag drops on the final round of the 2010 ALMS season.

As part of our coverage, BMW have granted us access to both Tommy Milner and Andy Priaulx and we want your input on what we should ask them! What got Tommy Milner into racing with BMW? What does WTCC Champion Andy Priaulx think of American race courses over European ones? Ask!

Feel free to post questions below or email me directly at Andrew@BMWBlog.com.  Even if your questions aren’t answered in the coming days we will be on-hand in the pits prior to and during the race and we will do our best to get your questions answered! Please have questions submitted by the end of the day Tuesday so that we can contact the drivers early next week!  We will have more details about our live coverage of the race in the coming weeks – for those watching it at home, SPEEDTV coverage starts at 11AM on Saturday, October 2nd.