In this day and age, people LOVE to compare anything to everything. It’s a simple trend that we’ve had for, well, as long as I’ve been alive, and then some. And now it’s come to an interesting crossroads with BMW fans. The new 1M, is it a spiritual successor to the E30 M3? Or is it just BMW’s way of starting the small super car trend all over again?

Let’s think about it for a moment.

The reason I believe people are comparing the E30 M3 to the new 1M is simply due to size. BMW seems to want to get back to basics with this car. However, as we all know, it’s impossible to make a small sports car like the E30 again, due to safety standards and other engineering motives.

But one reason I will certainly compare it is the ideology. Some of the best automotive products and brands come in small packages: look at MINI, the original Mini, the 1-Series’ popularity and fame all over the world. It’s funny how size can change peoples’ minds for better or worse.

Luckily with the 1M, it’ll turn the BMW world upside down, or at least we believe so. People won’t expect, nor will they understand a 1-Series M car that can go faster through turns than an M3, have less understeer (hopefully), and at the same time cost a bit less.

The E30 M3 isn’t necessarily the best ///M to date. A lot of people just say that because it’s easy to brand a car the best that had no competition. But at the same time, it very well could have been the best for the simple fact that it was all manual. There wasn’t a computer monitoring the steering, the brakes, the gas pedal, and there especially wasn’t a computer telling your gearbox what your left foot and right hand can do. 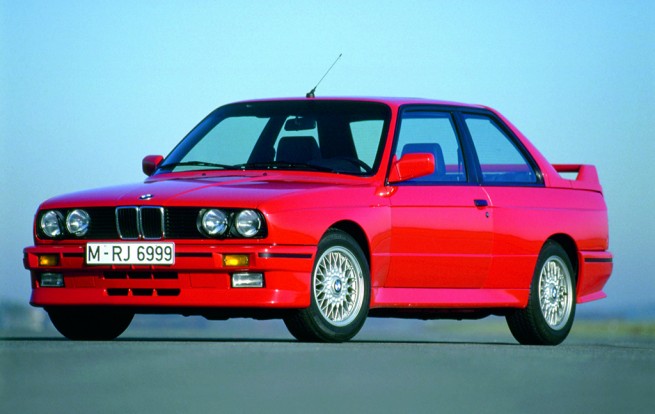 The biggest reason it’s probably the best is that it took what the M5 and M6 had done and was so much different, but so much more affordable. It was an all-purpose sports car for street and track. It wasn’t a GT or Super Sedan. It was a tiny-sports car with a 4-banger that could pump out near super car horsepower when tuned. It could smack any car in the face on the track, then drive home.

The E30 M3 came to define what people love about BMWs: The Ultimate Driving Machine, with the Joy of Driving attached to the gearbox and steering wheel. It’s what made the idea that you could drive a BMW to the track, wax the competition, and then drive home with time to spare before you had to go watch your son play in the inter-league soccer finals at the tender age of 8. No need to miss a track day nor a special period in your childrens’ lives.  Hooray for BMW Power.

Maybe this is what the next generation of ///M cars are meant to be? This could be the purpose of the 1M. It’s affordable enough for your wife to allow you to have it, with a big enough back seat and boot to carry your kids to school, and still get you to work on time. This is where BMW does it best. Yes, and this is where the 1M will be the newest E30 M3.

One area where the 1M will never be able to compete with the E30 M3 is its “exoticness”. If you can find a good E30 M3, you can put a down payment on a brand new 328i. If you find a great one, you can pretty much buy a new 1M. The M3 was the start of making ///M cars to be the best handling sports cars for everyday use in the world, and hopefully the 1M will only take that perfection five steps further. 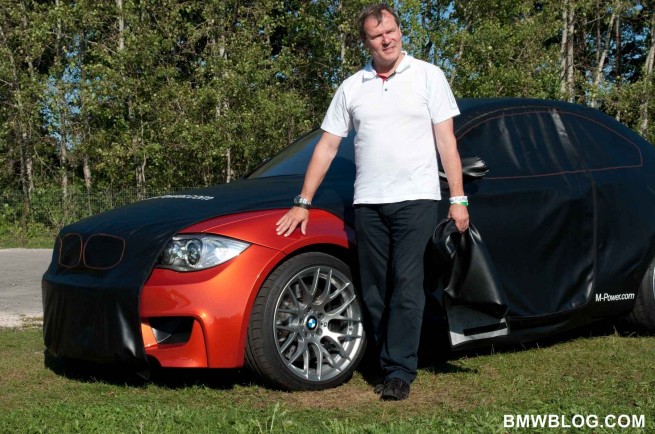 With that said, where the 1M will possibly be better than any ///M before it, is its simplicity. It’s small, with more simple technologies (again, hopefully) than the more dominant M cars these days. But when I’ve thought about it, this ///M seems to be marketed by BMW to the simple sporting customer already. They’ve said whatever, and everyone will automatically take what they did or didn’t say and turn it into God only knows what.

Think about it, though, who cares why BMW is making it, or how much they’re going to charge? The 135i is already one of the most fun BMWs in a really long time. How can the ///M version take that downhill? I, for one, believe it may even be better than the M3.

Wouldn’t it be interesting if the 1M turned out to be a new chapter in BMW’s book? We’ve had two iterations of the M6, four of the M5 (soon to be five) and four generations of the M3.

The 1M is not just a new take on anything, especially not the E30 M3. No, it’s better than that. It’s a new beginning. BMW can’t start anew with their other Ms. They have to make them bigger and better each time. The 1M is its own new project. And with that, I wouldn’t be at all surprised if they try and keep it a similar size and with fewer technology, but instead, more human power and straight grunt.

As a final side note: What if BMW had named it the M1? Would it be a problem?

To some, yes, but to me? Absolutely not.

I’d love for it to be called the M1, because it’s the spiritual successor to the M1’s original purity and harder edged ///M power and performance. It was ///Ms first try, and now the new M1 is their retry at original glory. Praise the car, the name and the small ingeniousness that is the new M1. So it looks nothing like it. It won’t be designed by the Italians. I understand why many care, but to me, so long as it’s as good as it seems, they can call it whatever they want.