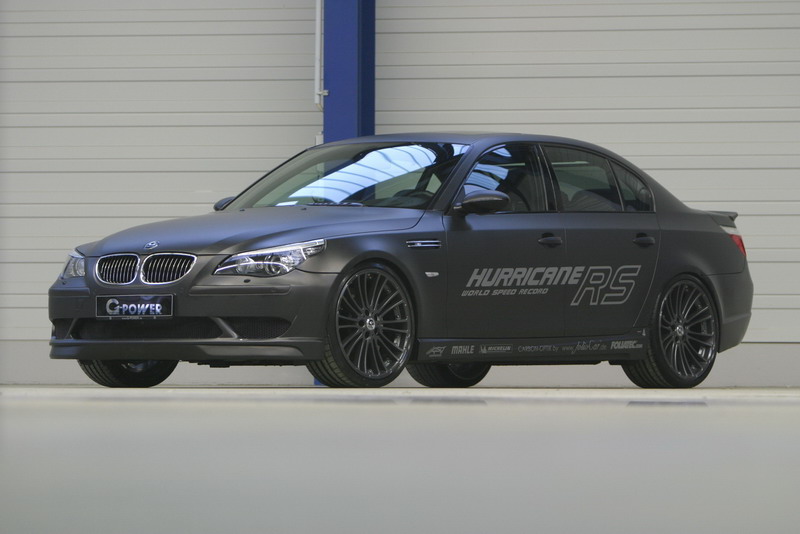 Back in 2008, the G-Power M5 Hurricane RS became the fastest sedan in the world, breaking a long-standing record of the Brabus Rocket. At the time, the M5 ran the track with a top speed of 200 mph, but G-Power had bigger plans for their M5.

Back in our times, the folks at Piston Heads report that the M5 Hurricane RS managed to exceed expectations….once again. The G-Power M5 Hurricane RS was clocked at 231.2 mph during one of the tuning company’s test,

We can’t validate the claim yet, and it is also unclear if the speed was achieved as a peal on an oval test track. 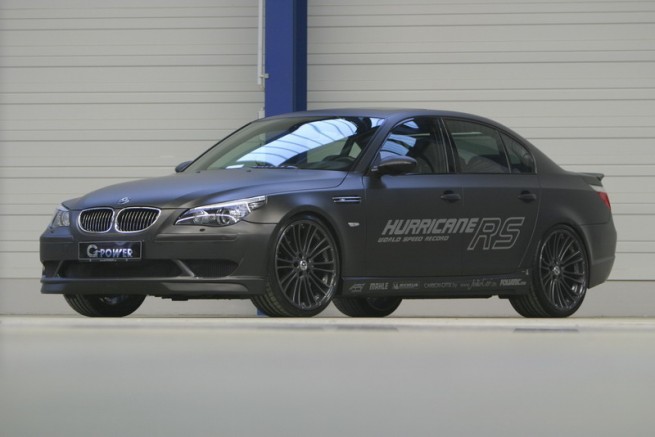 G-Power uses only a simple V10 from the shelves of BMW and modified this engine with other two superchargers from G-POWER’s technology partner ASA, with enlarged capacity. According to G-POWER the BI-Kompressor system could be raised from 0,7 bar rel. to 0,8 bar rel., but the system has not reached its limit yet. The 800 horsepower, 800 Nm of torque and 372 km/h top speed, are enough to impress any enthusiast out there, despite the 300, 000 Euro price tag.

The M5 Hurricane RR runs from standstill to 100km/h in 4.4 seconds, but that’s just the point where the car warms up, as 5 seconds later it already reaches 200 km/h.