BMW’s recently revamped X3 makes improvements over its predecessor in every area. While looks are subjective and we’ll leave aesthetic judgments to you – the physical improvements of BMW’s latest Xdrive are not open for debate.

With a additional cargo capacity over the previous model, this mid-size SUV can now carry 1,600 liters of your prized possessions. A 40:20:40 split rear bench seat facilitates this impressive storage volume when folded flat to the floor; or the ‘surfer dudes’ among us can stow boards and beer while seating one or two occupants on the rear bench. Five Adults can share the cabin, though four will ride in greater comfort.

Stretched longer and wider, the X3 now sits squatter, with a more aggressive stance than the X3 it replaces. As a point of reference, the X3 now measures 2 cm shorter than the original X5 – the vehicle that started BMW’s X line. 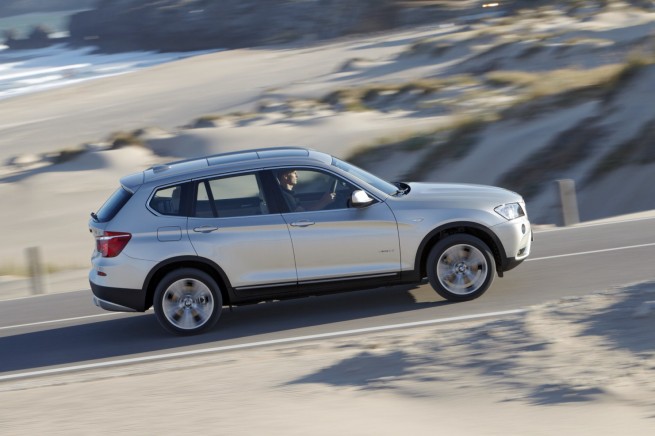 Stylistically, we’ve promised to bite our tongue and reserve judgment for you, but allow us to make a few objective comments. We’ve noted flowing lines along the belt line that both mix and contrast with staunch, boxy lines squaring off the vehicle. Headlights are near “E36” in their rectangular, boxed shape. Two round foglights sit high on the font bumper, now a BMW design hallmark of recent vehicles. Classic L shaped tail lights blend the latest light emitting diode (LED) technology with traditional design. 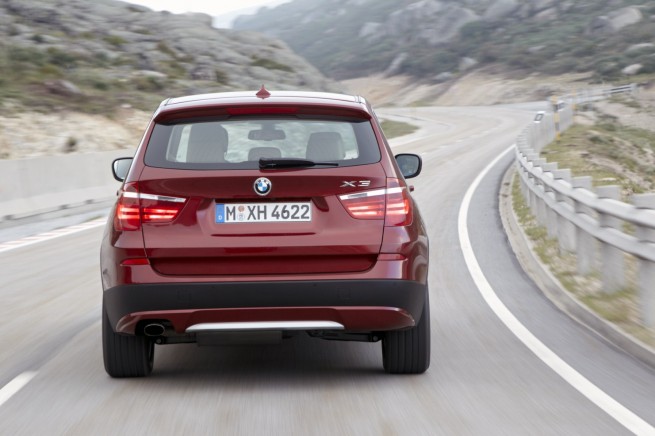 The rear green house maintains similar basic proportions to the original X3, with a “slant-back” hatch design. This design element is core to the X3 and makes it easily recognizable among its BMW siblings.

The interior has improved in many areas, though we are hesitant to make any pronouncements until we’ve had a chance to sit inside. 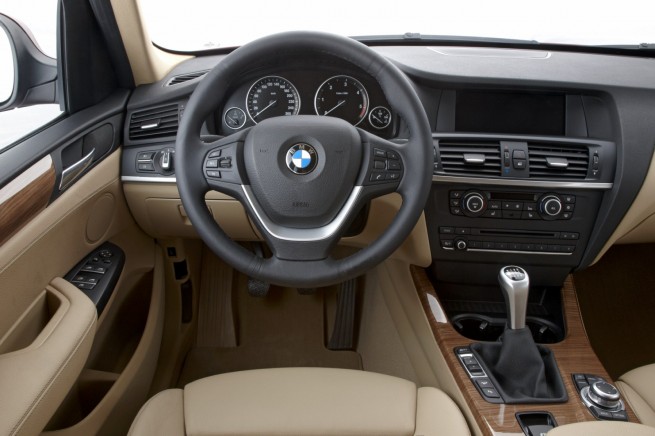 Many new technologies are on board, both improving the dynamics and comfort of the vehicle.

Overall, BMW has refreshed the X3 and pushed it back to the competitive end of its class – one that it founded and established back in 2004.

We look forward to bringing you our in-depth review and driving impressions of BMW’s new X3 early on in 2011.