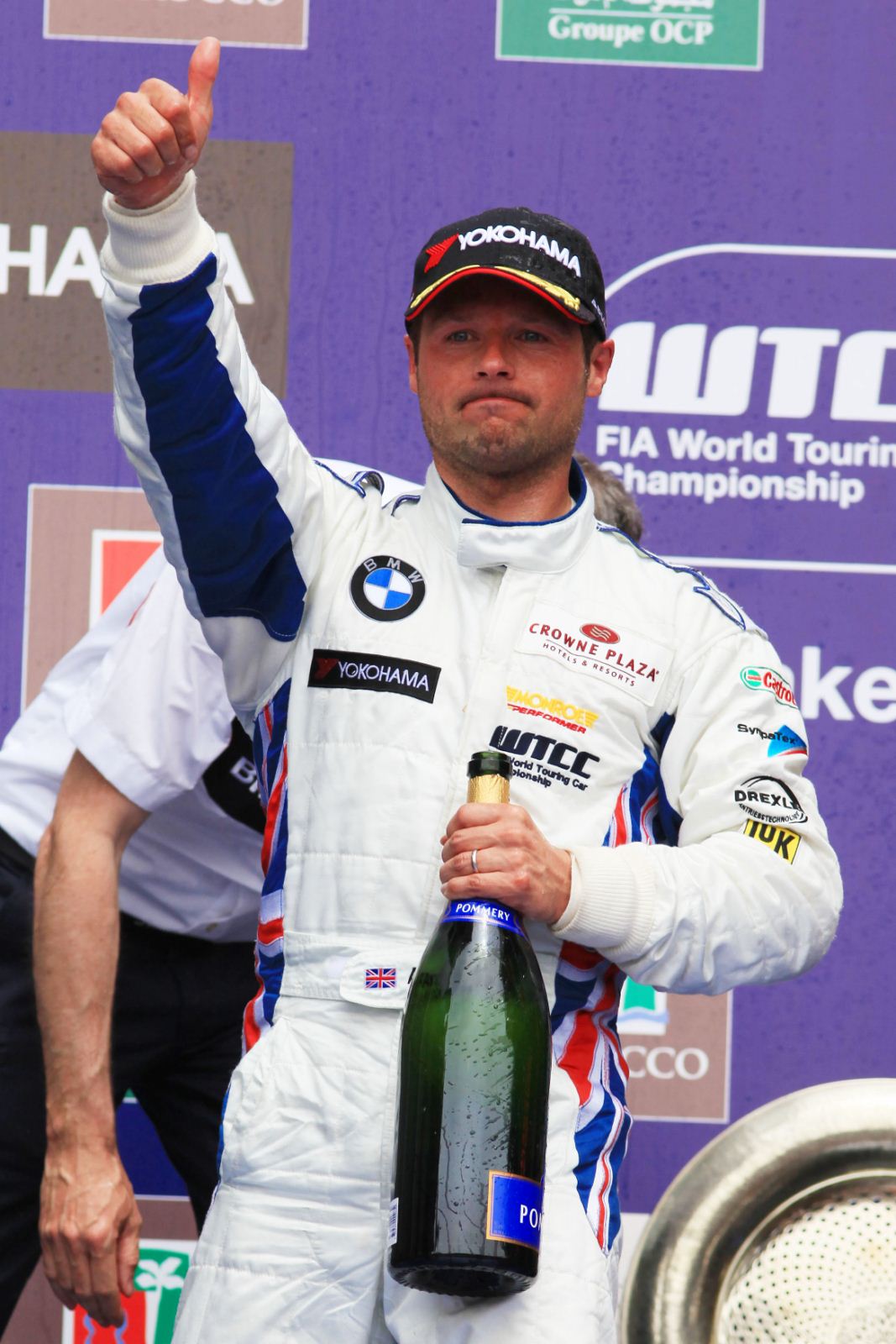 Andy Priaulx (GB) won the fourth round of the 2010 FIA World Touring Car Championship. In Marrakech (MA) the triple world champion claimed victory ahead of Yvan Muller (Chevrolet, FR) and Tom Coronel (SEAT, NL). In the first race of the day the BMW Team RBM driver secured pole position for Sunday’s second encounter by finishing eighth, while SEAT’s Gabriele Tarquini took the win. This was Priaulx’s 12th triumph in the WTCC. His team-mate, Augusto Farfus (BR), experienced a disappointing weekend. By coming tenth the 26-year-old collected one point in race one, but had to retire in the second following a collision.

The first race only got underway at the third attempt, after several drivers failed to stick to the correct grid formation for the rolling start. When the field was finally given the starting signal, Priaulx managed to pass Farfus. On the first lap both BMW works drivers gained two places each. Thanks to a courageous overtaking manoeuvre on lap five Priaulx took eighth away from Chevrolet’s Alain Menu (CH), securing pole position for the second race. Following an accident the safety-car was deployed, and the race was finished under these conditions. Farfus crossed the line in tenth. 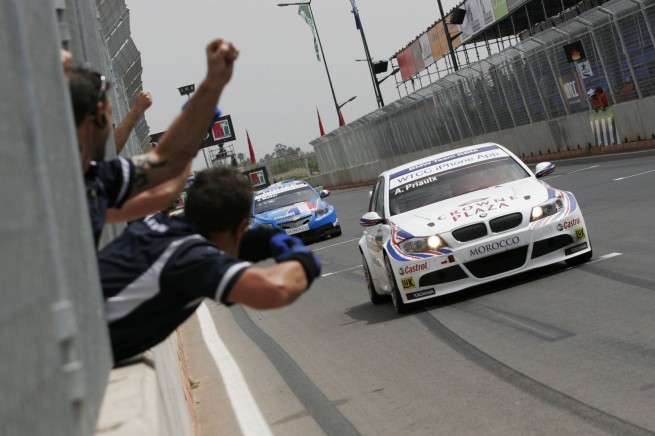 The Moroccan WTCC fans were treated to just one racing lap. Immediately after the start an accident involving four cars brought out the safety-car again. Priaulx successfully defended the lead, Farfus managed to improve from tenth to fifth. However, the Brazilian’s progress came to an end shortly after the re-start on lap seven. In a fight with Menu, the cars of the two drivers touched, leading to a broken track rod on Farfus’ BMW 320si WTCC. Unable to steer, he couldn’t avoid pushing Menu into the wall. Farfus retired after making it back to the pits. After the safety-car phase there was just one lap left, during which Priaulx kept his cool and brought his car home for his first win of the year.

Bart Mampaey (Team Principal):
“This victory is a great result for our team. Andy paved the way for this success with a sensational overtaking move on Alain Menu in race one. Unfortunately we only managed to get one car in the top eight. In the second race both of our drivers made excellent starts. We have worked hard on this since Curitiba. Despite our performance disadvantage in terms of top-speed compared to the opposition, Andy managed to keep the lead. I’m sorry for Augusto. Without the incident he also could have had a strong result. However, we shouldn’t overestimate this success, as this race was not much longer than just a lap.”

Andy Priaulx (Car Number 11):
Race 1: 8th, 1:47.841 min – Race 2: 1st, 1:48.282 min
“This victory comes rather unexpectedly. The whole team has worked tremendously hard since Curitiba, but we couldn’t make the improvements we had wished for. Therefore it’s amazing to stand on top after this somehow strange race. It’s a nice reward for everyone in the team. In race one I grabbed my chance and earned pole position for the second race. The safety-car phases played into my hands, although the fans deserved a bit more racing action. But the only thing that counts is we have the first win of the season under our belt.”

Augusto Farfus (Car Number 10):
Race 1: 10th, 1:47.977 min – Race 2: DNF (lap 7)
“This was a disappointing weekend for me. Firstly I narrowly missed out on the important top eight finish in race one, then I was forced to retire following the collision with Alain Menu. When I was racing well up the field I was unable to steer, which would have avoided this accident. Congratulations to Andy. His win gives our team a big boost.” 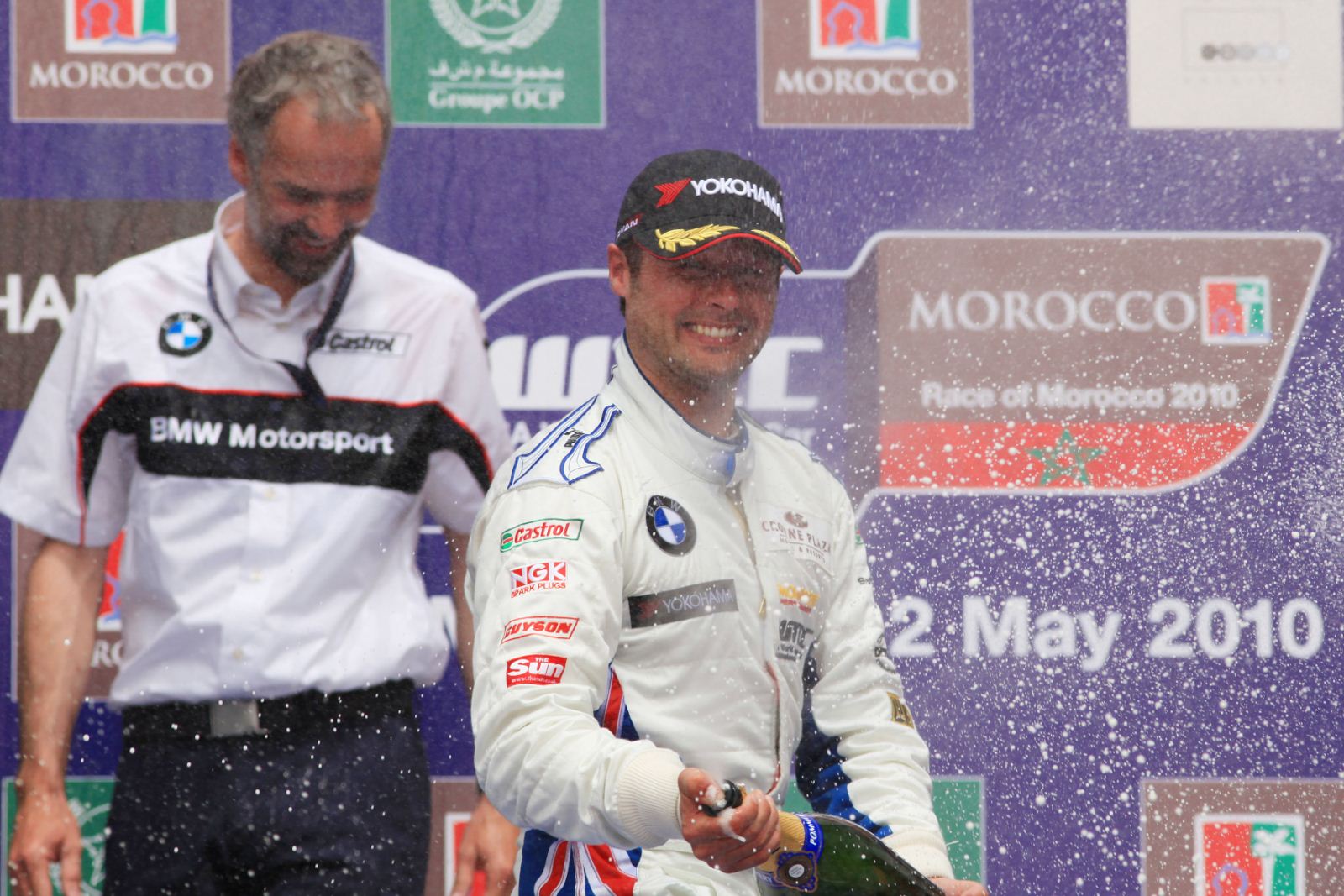 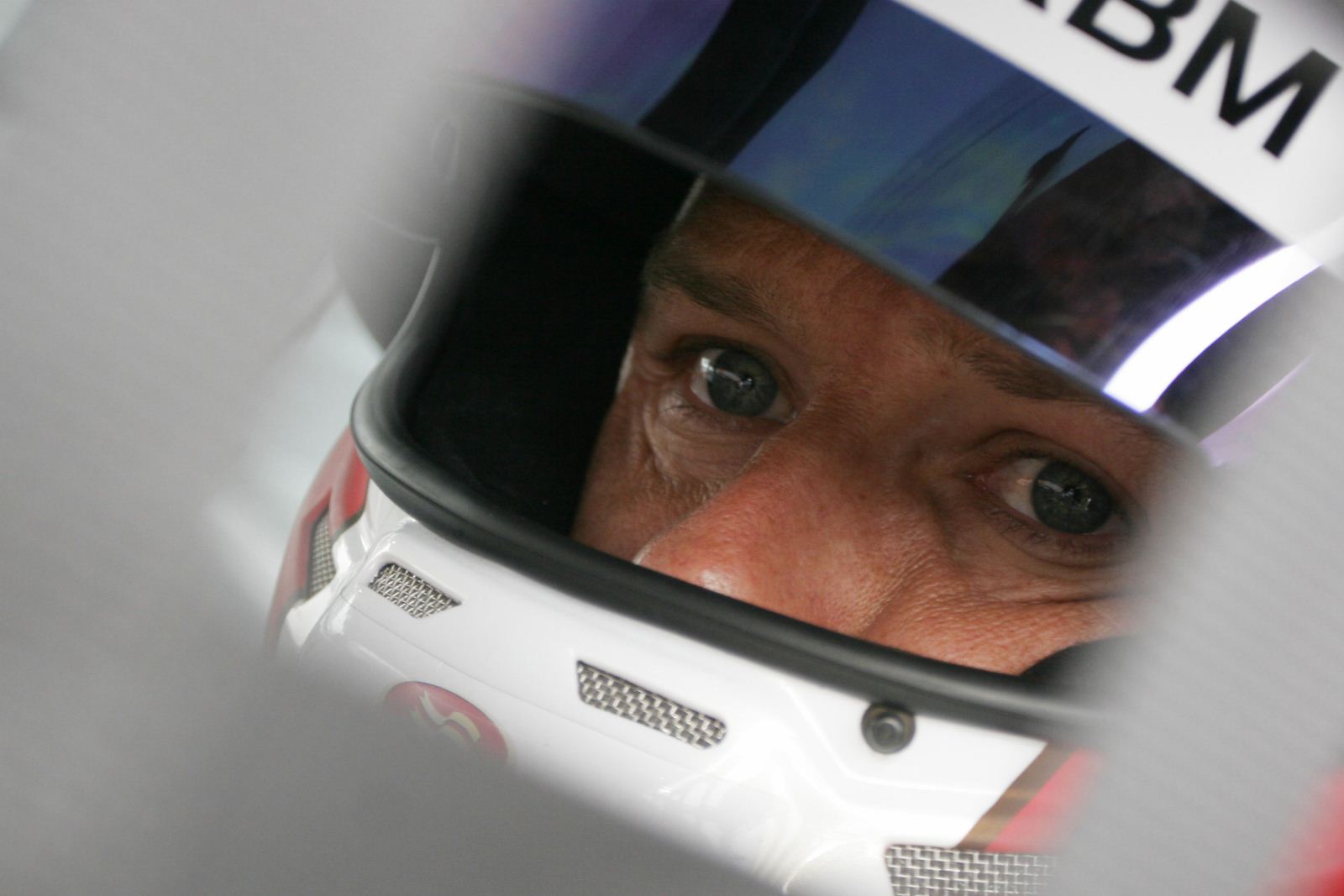 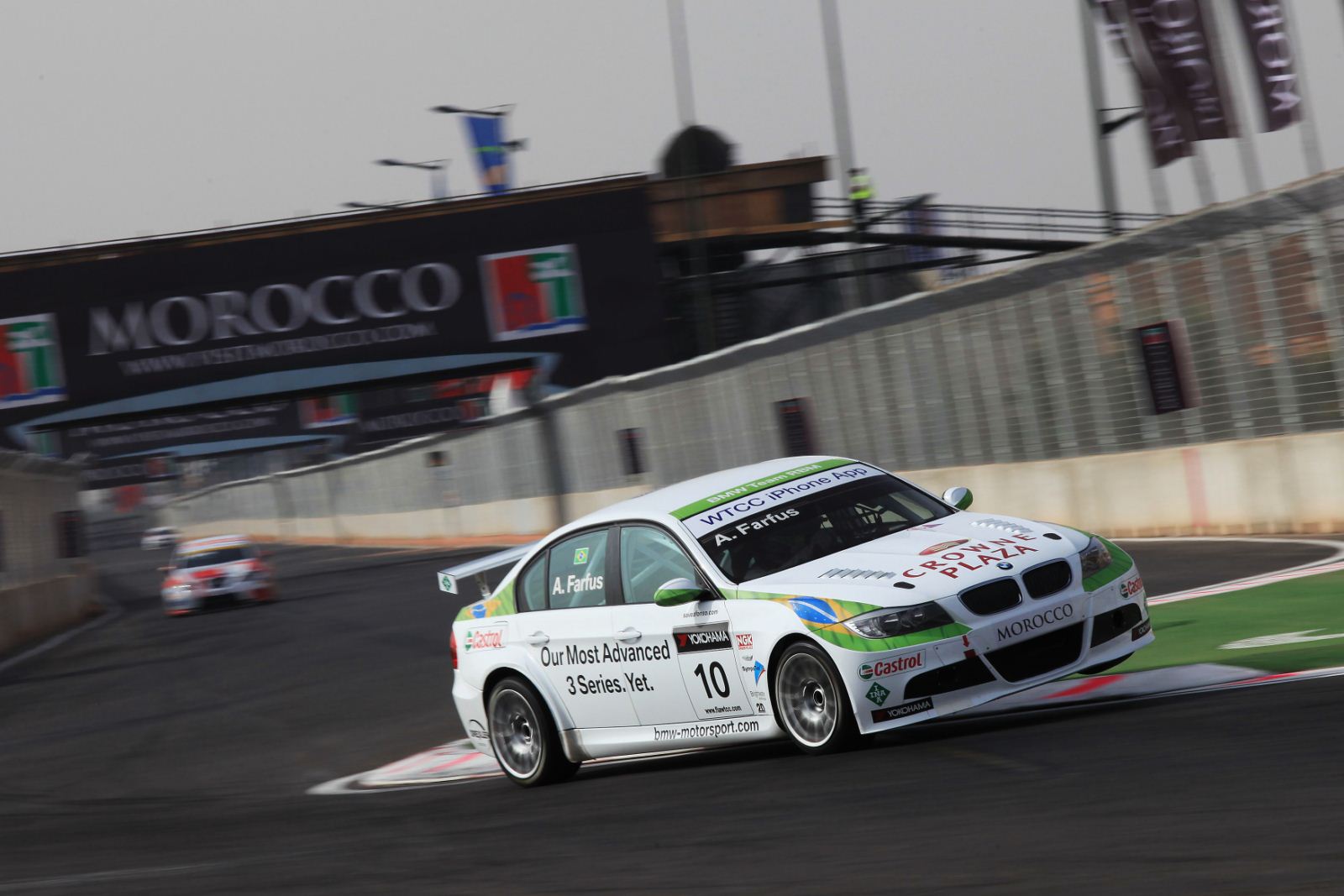 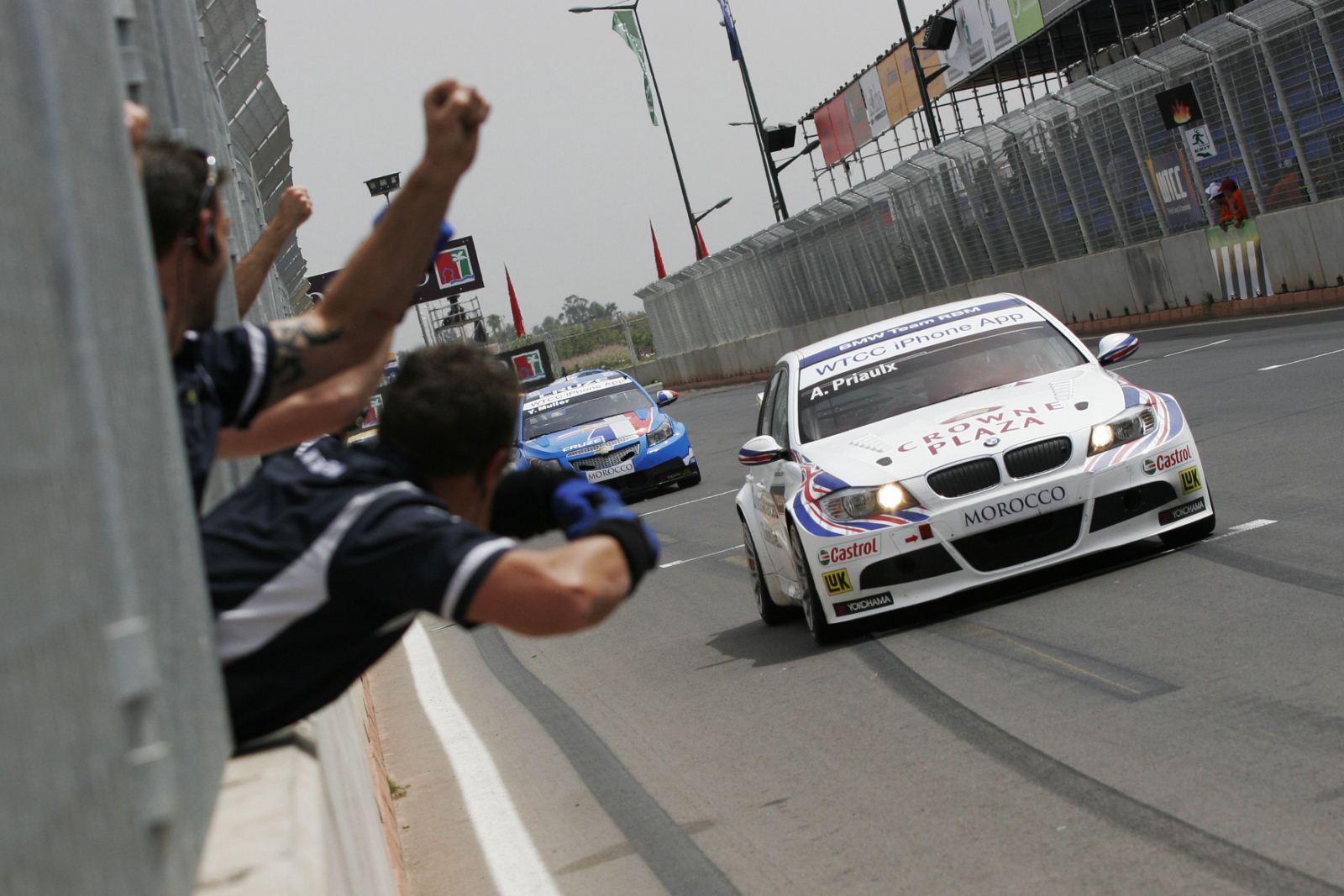