The latest addition to the BMW hybrid family, 5 Series ActiveHybrid, kept the headlines of many automotive publications at the Geneva Motor Show. Joining the X6 and 7 Series Hybrid models, the BMW 5 Series ActiveHybrid will be available to consumers in the second half of 2011.

The BMW Concept 5 Series ActiveHybrid offers the combination of a BMW straight-six with electric drive. The drive system featured in the BMW Concept 5 Series ActiveHybrid consists of a straight-six gasoline engine with TwinPower Turbo technology, eight-speed automatic transmission, and electric drive. The electric motor offers a boost function, supporting the gasoline engine in generating particularly dynamic drive power for an even more sporting driving experience in the car. 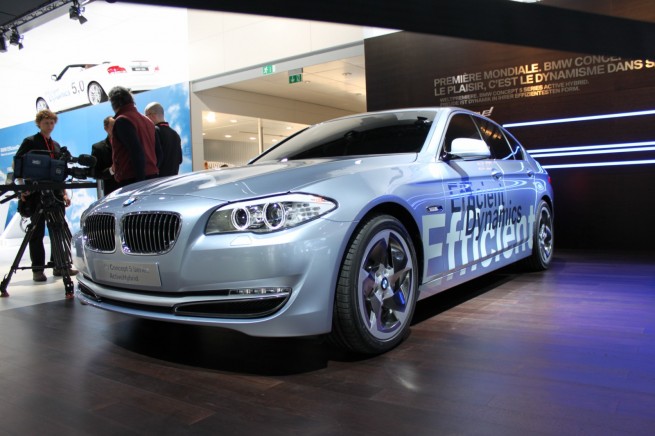 The drivetrain hybrid is said to reduce the fuel consumption of the base model by more than 10 percent.

Enjoy the photos and stay tuned for an interview with the BMW 5 Series ActiveHybrid Project Manager.