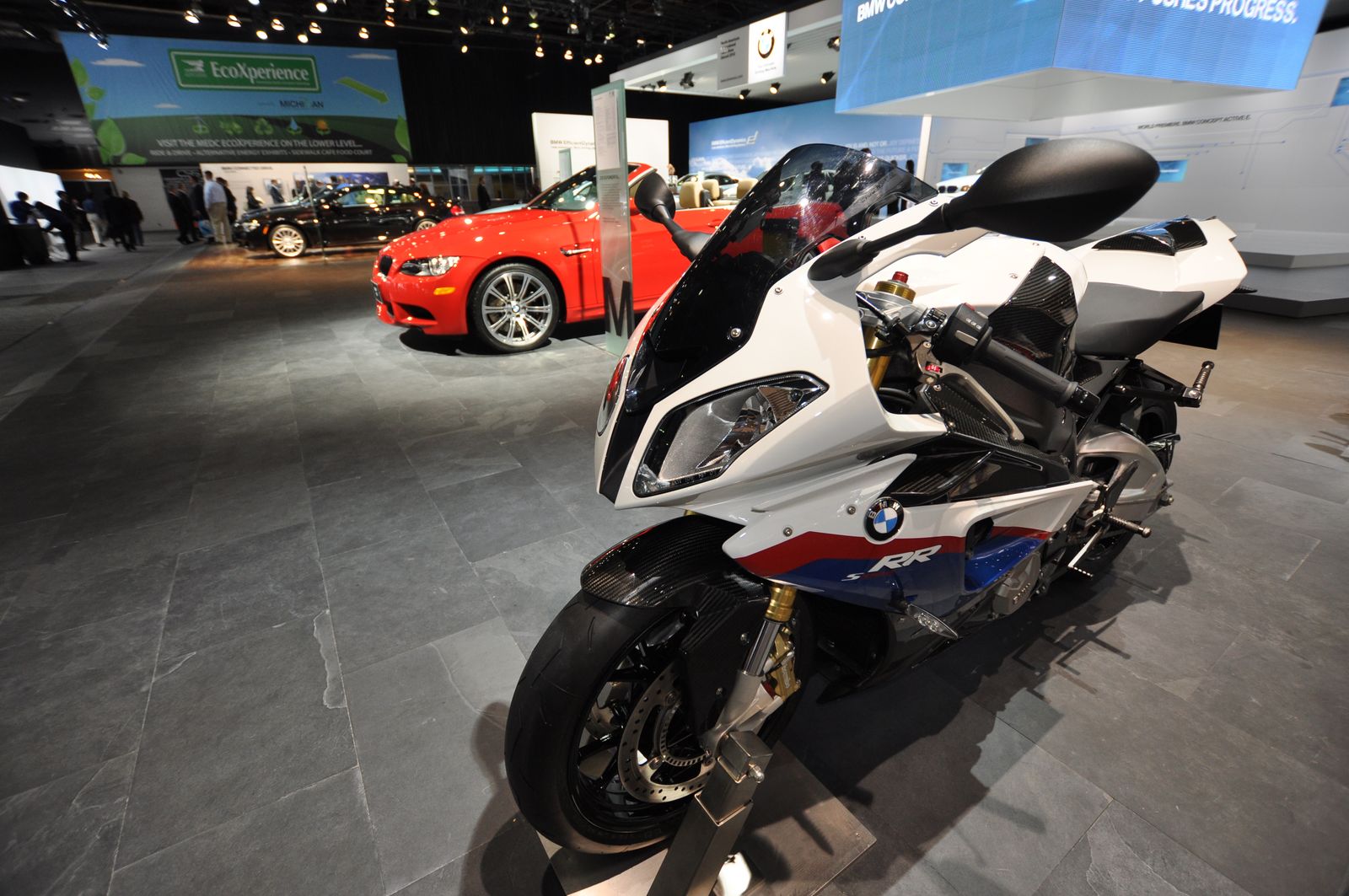 We have received fresh information about the alleged “S1000RR HP” model we reported on at the 2010 NAIAS. As it turns out, there will be no factory installed “HP package” for the bike, but rather a wide selection of performance parts available for purchase from your local motorrad dealership.

The carbon fiber body paneling encompasses both the left and right side secondary fairings, the front wheel fender, the rear wheel deflector, the foot peg braces and the rear seat cover, the partial tank cover, under-seat fairing, and the underbody fairing. An Akrapovic exhaust is also available for purchase, slicing 1.1 lbs off the weight of the standard bike (the Akrapovic exhaust weighs in at approx 2.4 lb). BMW has not released an official weight figure for the fully upgraded bike, but we suspect a weight savings in the realm of 3 to 5 lb in addition to the 1.1 lb savings from the exhaust for a total of 4 to 6 lb weight reduction. This would bring the bike’s total weight to 201 kg (444 lb) to 202 kg (446 lb) wet, if our projections are accurate. 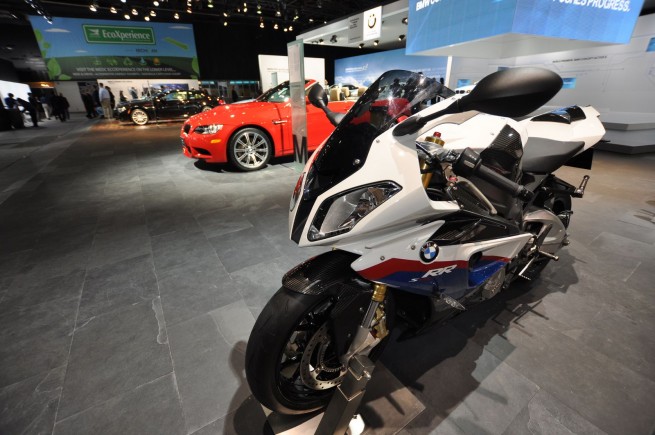 While this may seem a lavish indulgence to the typical rider, those who are sweating for tenths at the track, or searching for that ultra exotic look will be satisfied with these upgrade parts and willing to open their wallet. We are pleased that the complete “HP” carbon fiber accessorized bike bears such striking resemblance to the S1000RR factory race bike as well as the legendary, endurance race winning HP2 Sport – seen displayed beside the S1000RR at NAIAS.

Interestingly, the “HP” label you see prominently displayed on several of the carbon fiber body panels is optional, you can also order all fairings without this HP logo. With this breaking news, we can now confirm that this bike will retain its S1000RR title and there will be no official “HP” appendage.

The original article from NAIAS is posted here, we stand corrected for the misprint regarding a possible factory “S1000RR HP.” Although we cannot entirely rule this possibility out for the future, as it stands, BMW have confirmed they have no such plans.

A special thank you to BMW NA for the scoop!