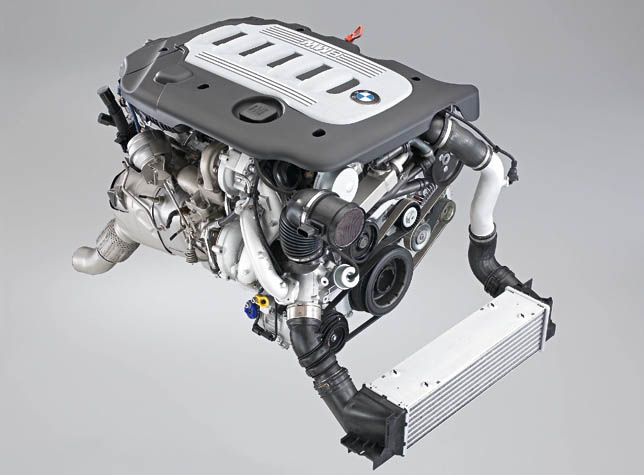 “BMW’s EfficientDynamics strategy is focused on building greener, more fuel efficient engines without sacrificing performance. The goal was to create the most sophisticated diesel engine in the world. The re-election of BMW’s Advanced Diesel engine to the Ward’s 10 Best Engines list validates our team’s accomplishment,” said Hans Hohenner, General Manager of Drivetrain Development for BMW Group. “The 335d Sedan demonstrates that BMW vehicles have never been more environmentally friendly and very much proves that The Ultimate Driving Machine is alive and well.”

Featuring all-aluminum construction, BMW’s 3.0-liter sequential twin-turbo Advanced Diesel inline-6 offers V-8 performance with four-cylinder fuel efficiency: 265 horsepower and 425 lb-ft of torque. EPA efficiency figures are 23 (city) / 36 (highway) in the 2010 BMW 335d Sedan, which is capable of 0 – 60mph in 6.0 seconds or better. Those figures make the 335d Sedan the fastest diesel-powered passenger car available in the US. It is also the most fuel efficient vehicle BMW has ever sold here. In addition to the 335d Sedan, this BMW Advanced Diesel engine is available in the X5 xDrive35d Sports Activity Vehicle, which is capable of 0 – 60mph in 6.9 seconds and 26 mpg on the highway.