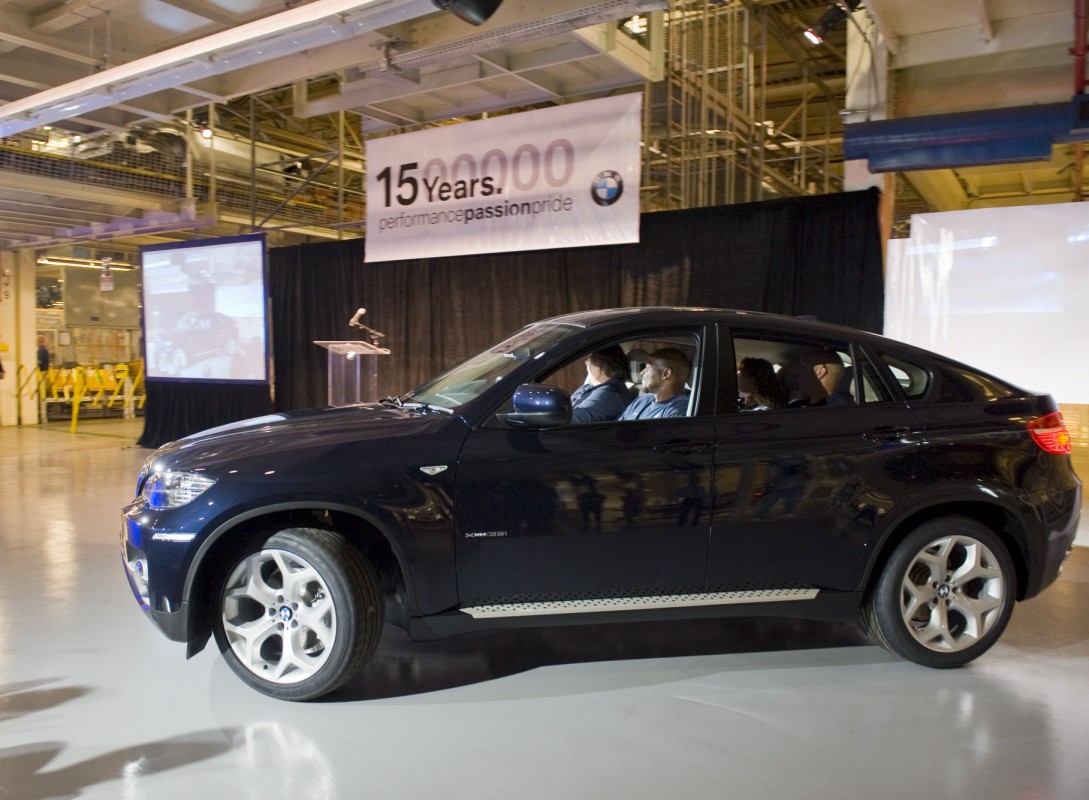 The1.5 millionth vehicle, driven in the ceremony by Associate Eileen Huffman, is a 2009 Monaco Blue BMW X6 xDrive 35i with oyster interior. The vehicle is right-hand drive and has been ordered by a customer in Hong Kong.

In addition to remarks by South Carolina’s Secretary of Commerce, Joe Taylor; Sky Foster and Ryan Childers, the BMW associates that presented the Spartanburg factory’s first vehicle to the world in September 1994 also reflected on their 15 years with BMW Manufacturing. 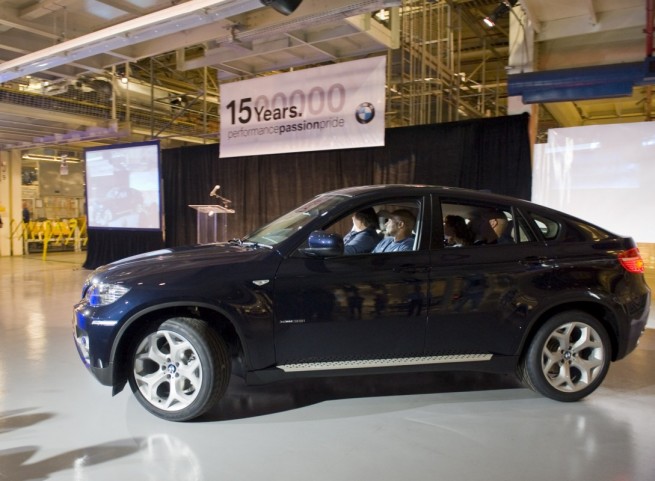 “Today’s events represent a significant milestone for BMW, emphasizing both BMW’s commitment to the US market and its confidence in the future,” stated Josef Kerscher, President of BMW Manufacturing. “We are very proud of the positive impact this BMW plant has delivered for this area and the quality of the vehicles that our associates produce for world markets each day.”

BMW announced their plans to build the first factory outside of Germany in June of 1992. Construction on the plant began in 1993 and the first vehicle rolled off the line in September 1994. Since then, BMW has produced 5 different vehicles and their variants, the BMW 318i, the Z3 and Z4 roadsters, the BMW X5 Sports Activity Vehicle and the X6 Sports Activity Coupe. BMW has expanded the plant 5 times, including the current $750 million expansion to add 1.5 million square feet. Following this most recent expansion, the plant will be 4.0 million square feet.

Other significant milestones in the plant’s history include:
* Landfill Methane Gas Program – originally launched in 2003, infrastructure was installed at the nearby Palmetto landfill to collect, clean and compress methane gas and transport it through a 9.5 mile pipeline to the BMW plant. In 2009, BMW replaced the original 4 turbines with 2 new highly efficient turbines. The new turbines will increase the electrical output from 14% up to almost 30%. Currently, over 60% of the plant’s total energy requirements are provided by methane gas.

* Clemson University International Center for Automotive Research (CU-ICAR) – In 2003, BMW pledged $10 million to Clemson to endow professorships in the graduate automotive engineering program and under the Research Centers of Excellence Act, the state of South Carolina matched the pledge, generating $20 million for the school. In keeping with BMW’s original vision, the research and development being carried out at CU-ICAR today is laying the foundation for tomorrow’s next big discovery.

* The BMW Charity Pro-Am golf tournament – now headed into its 10th year, has raised more than $7.3 million for over 125 Upstate and Western NC charities

As BMW Manufacturing looks to the future, the plant in Spartanburg will begin production of the BMW ActiveHybrid X6, BMW’s first hybrid vehicle, later this year and finalization of the $750 million expansion to build the next generation BMW X3 is well underway. BMW in Spartanburg, SC currently employs 5,000 people including contractors and produces 500-600 vehicles per day.