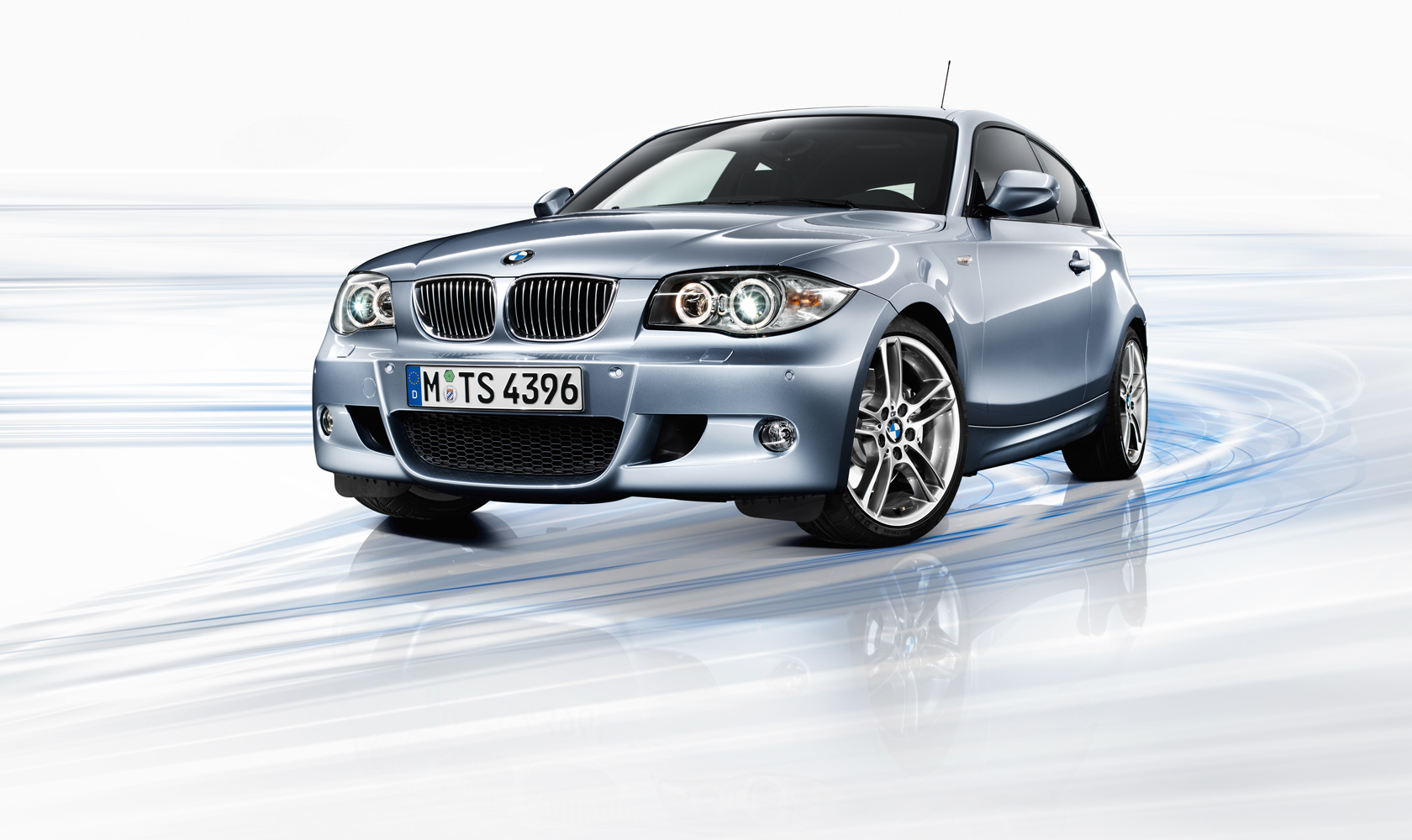 Entering the 2010 model year, the BMW 1 Series as the guarantee for the broad-scale impact of BMW EfficientDynamics and as the epitome of Sheer Driving Pleasure in the compact segment is gaining even greater significance.

Two additional, extra-economical low-emission engine variants are enhancing the model range of the BMW 1 Series Coupé as of September 2009: In the guise of the BMW 120i Coupé and the BMW 118d Coupé there will then be two further models with the EU5 emission rating.

Following the successful launch of the new entry-level three-door and five-door models, the BMW 116i and the BMW 116d, in spring 2009, the BMW 1 Series is once again proving its value as the pacemaker for efficient mobility combined with outstanding driving pleasure in the compact class. Other new models as of September 2009 are the Lifestyle and Sport Editions of the BMW 1 Series three- and five-door. 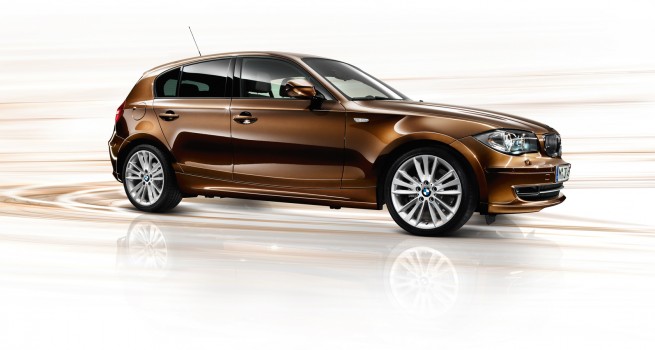 Still the only rear-wheel-drive model in the compact segment, the BMW 1 Series offers a unique blend of sporting driving pleasure and outstanding efficiency. Particularly the BMW 1 Series Coupé brings out this character so typical of the brand in truly convincing style, with two new entry-level versions of the two-door featuring a gasoline and a diesel engine coming into the market in September 2009: The new BMW 120i Coupé is powered by a 2.0-litre four-cylinder with BMW High Precision Injection (direct gasoline injection) developing 125 kW/170 hp at 6, 700 rpm and peak torque of 210 Newton-metres/155 lb-ft at 4, 250 rpm, accelerating the BMW 120i Coupé from zero to 100 km/h in 7.8 seconds and offering a top speed of 224 km/h or 149 mph. Average fuel consumption in the EU test cycle is 6.6 litres/ 100 kilometres, the CO2 emission rating is 153 grams per kilometre.

An award-winning four-cylinder diesel makes the new BMW 118d Coupé the most efficient car of its kind, the diesel engine with its aluminium crankcase, turbocharging and common-rail fuel injection helping the three-door BMW 118d win the World Green Car of the Year 2008 Award. Displacing 2.0 litres, this high-tech power unit develops 105 kW/143 hp at 4, 000 rpm and delivers maximum torque of 300 Newton-metres/221 lb-ft between 1, 750 and 2, 500 rpm.

This outstanding power unit offers an unbeatable combination of performance and fuel economy also in the Coupé, the BMW 118d Coupé accelerating from a standstill to 100 km/h in 9.0 seconds and reaching a top speed of 210 km/h or 130 mph. Offering average fuel consumption according to the EU standard of 4.5 litres/100 kilometres (equal to 62.8 mpg imp) and a CO2 emission rating of 119 grams per kilometre, this compact athlete clearly proves its outstanding talent in terms of both all-round economy and clean emissions. 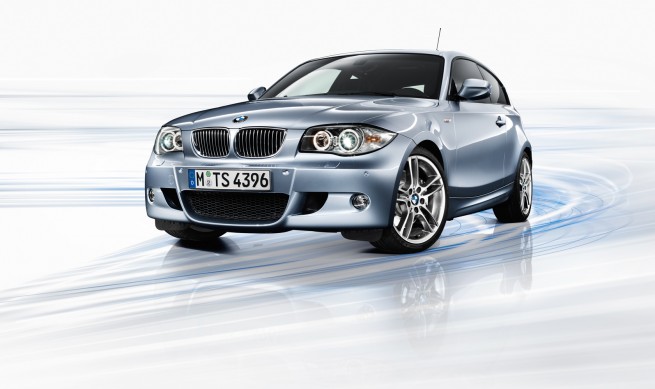 The BMW 1 Series – the pacemaker in reducing fuel consumption and CO2 emissions.

Both new variants of the BMW 1 Series Coupé come as standard with a wide range of BMW EfficientDynamics technologies such as Brake Energy Regeneration, an Auto Start Stop function, a gearshift point indicator and ancillary units with on-demand management and control. Both the BMW 120i Coupé and the BMW 118d Coupé naturally fulfil the EU5 emission standard, meaning that the BMW 1 Series alone now comes with 21 models complying with this requirement. A further important point is that five models in the BMW 1 Series already offer a CO2 emission rating of less than 120 grams per kilometre, with the BMW 116d standing out as the absolute leader in terms of fuel economy and emission management. The four-cylinder diesel engine featured in this particular version of the BMW 1 Series delivers maximum torque of 260 Newton-metres or 192 lb-ft and, in combination with BMW EfficientDynamics also featured as standard in this model, allows average fuel consumption in the EU test cycle of just 4.4 litres/100 kilometres (equal to 64.2 mpg imp) and a CO2 rating of 118 grams per kilometre. 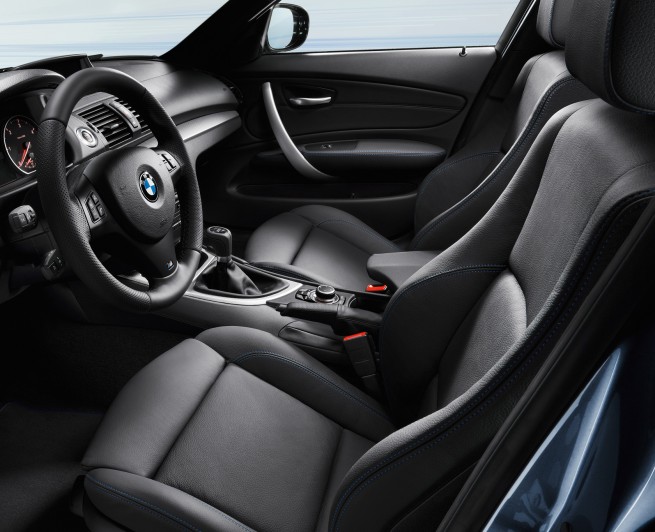 The technologies developed by BMW – and naturally featured at no extra cost – to reduce both fuel consumption and emissions play a particularly significant role in the successful BMW 1 Series. Indeed, this makes BMW an important role model for the entire automotive industry, with BMW still selling more cars with high-efficiency technology each month than other car makers in the course of a whole year. At the same time the consistent expansion of the BMW 1 Series by the addition of particularly economical model variants including the new BMW 116i delivering maximum output of 90 kW/122 hp and peak torque increased to 185 Newton-metres or 136 lb-ft makes a significant contribution to the success achieved by BMW in recent times in reducing average fleet fuel consumption. Between 2006 and 2008 alone, the average fuel consumption of BMW’s models in the German market was reduced by no less than 16 per cent, BMW therefore exceeding the rate of reduction of the next-best competitor in the premium segment more than twice.

Exclusive and full of character: the BMW 1 Series Lifestyle and Sport Editions.

Apart from outstanding efficiency and the Sheer Driving Pleasure so typical of the brand, innovative features and uncompromising premium quality help to give the BMW 1 Series a truly prominent position in its segment – and now the new Lifestyle und Sport Edition Models add further class and style to these characteristic features. The Edition Models excel in particular through particularly attractive, high-quality and carefully matched features and equipment, and are available on all engine variants of the three-door and five-door.

The Lifestyle Edition exudes stylish extravagance both on the exterior and in the interior of the BMW 1er, highlighted by body paintwork in exclusive Marrakesh Brown Metallic including additional components in body colour and chrome-plated tailpipes as well as exclusive light-alloy rims in five-spoke design. All models come with 17-inch wheels.

On the five-door the exterior is rounded off by the car’s special finish on the window shaft covers and side window surrounds in Shadow Line, on the three-door in Chrome Line. Chrome entry trim proudly bearing the name “BMW Edition“, a leather sports steering wheel with multifunction buttons, and roof lining in anthracite colour provide a particular touch of modern elegance within the interior.

The exclusivity of the Lifestyle Edition is highlighted to an even higher level of perfection by the interior colour scheme matched to the colour of the paintwork. Features include interior trim in high-gloss Marrakesh Brown as well as door panels and seat upholstery in Magma Brown. And as an alternative to Network cloth upholstery there is also the choice of Pearlpoint upholstery with Magma Brown cloth / leather. 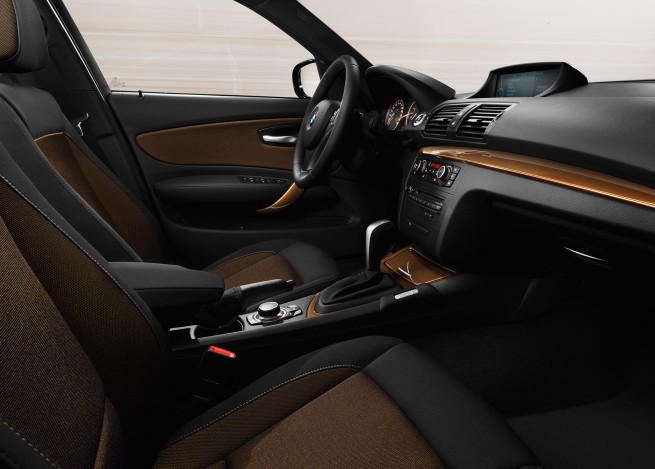 The exterior and interior features are also carefully matched to one another on the Sport Edition Model, giving the BMW 1 Series particularly dynamic and powerful character. The Edition Models come as standard with the M Sports Package including the M Aerodynamics Package, a sports suspension set-up as well as 17-inch light-alloy wheels in dual-spoke design. The BMW 130i and BMW 123d feature 18-inch light-alloy wheels in Ferric Grey paintwork available as an option also on the other model variants. Exclusive Blackline rear lights, exterior features in body colour, Shadow Line on the window shaft covers and side window surrounds, foglamps and chrome-plated tailpipes on the exhaust round off the striking look of the exterior.

The sporting and exclusive flair of the interior is highlighted by chrome-plated entry trim bearing the name “BMW Edition“, stainless-steel pedals, an M footrest, an M sports steering wheel, an M gearshift lever complete with its gaiter made of soft nappa leather, interior trim in Aluminium Glacier Silver and roof lining in anthracite colour. As yet a further highlight the BMW 1 Series Sport Edition comes with sports seats for the driver and front passenger in a combination of cloth and Sensatec featuring blue ornamental stitching around the seat bottoms and headrests. And to provide the final touch the footmats are adorned by blue piping.

In conjunction with one of the navigation systems available as an option the BMW 1 Series proudly boasts the new generation of BMW iDrive electronic vehicle management. Entering the 2010 model year, the BMW 1 Series furthermore comes as an option with a new version of the Business navigation system, its new control concept allowing even easier and more precise control through iDrive featuring direct choice and favourite buttons.

The new Control Display with 800 x 480 pixel image resolution ensures detailed presentation of maps in two dimensions or in a perspective view, complete with integrated arrow graphics. Storage of navigation data installed within the car serves to provide even faster access to the system. And last but not least, the audio unit included within the new control system comes complete with a CD player.