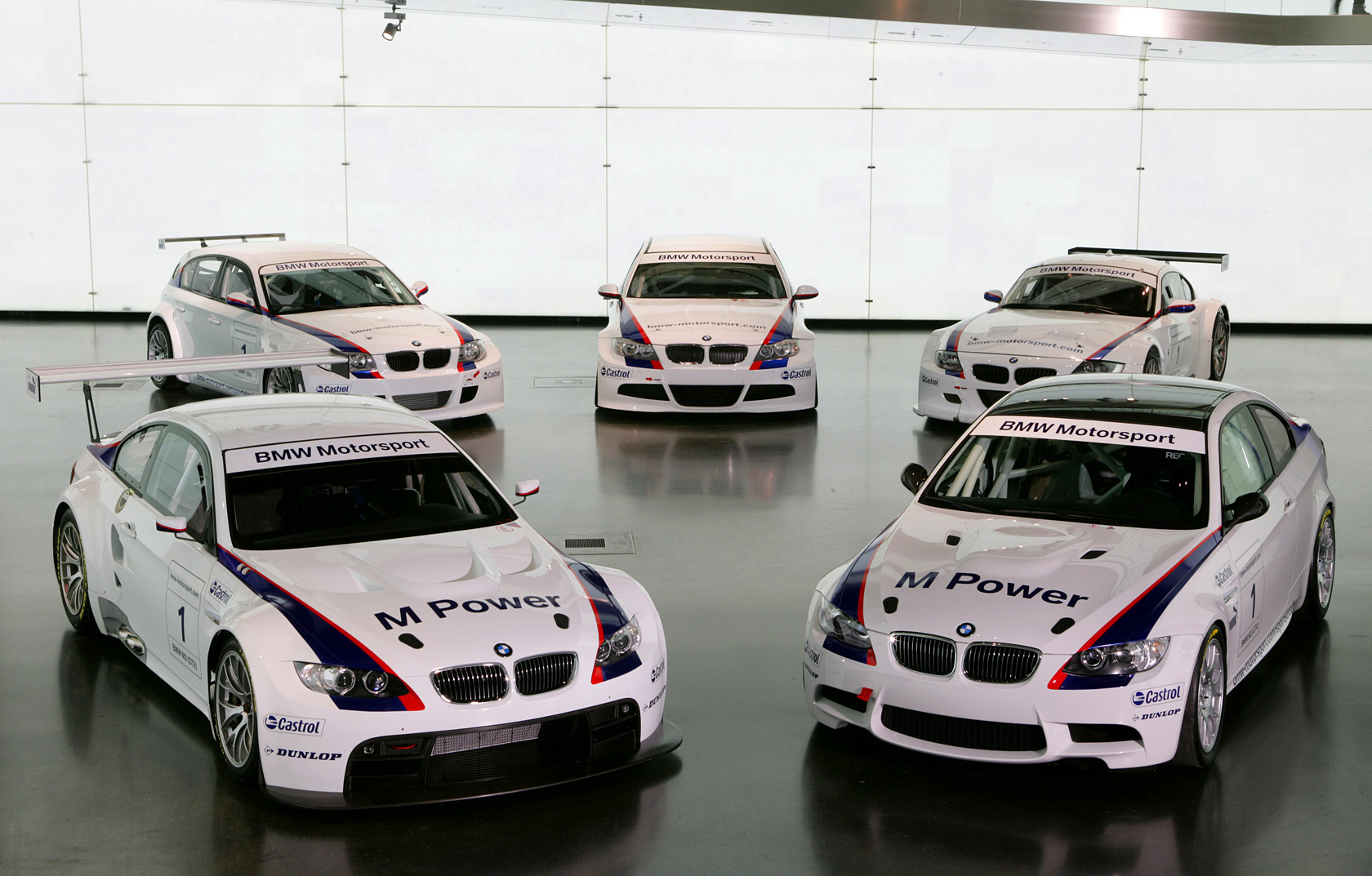 Since late 2005, when BMW announced it’s new E90 entrant for the World Touring Car, Championship(WTCC), I’ve  been enamoured by the BMW 320Si as BMW had to homologate the car by producing 2,600 road-going versions to compete. A lucky few in countries outside the U.S.(typical) were able to snatch up the low production series cars when they were first sold.

While the 320Si is only a 2.0 liter, 4 cylinder engine, it produces 175 horsepower (275 horsepower in full race spec) and comes without Valvetronic as it limits the revving and performance capabilities of the engine. Even better, the engine was hand-built in the United Kingdom in the same BMW engine plant that also builds the engines for the BMW-Sauber Formula One program.

The 320Si came in sedan(saloon) form only and could only be purchased with a manual transmission. The sedan was decked out with the then-new M Sport body kit and custom 18 inch Style 216 wheels – straight off of it’s race car brethren. The major difference from the race-spec 320Si body and road-going version was the widebody kit front and back – and the racing livery along the sides!

About a year ago, while researching the WTCC 320Si, I came across a BMW 320Si by way of Japan. Yoshina, the owner, was one of the few lucky Japanese BMW fans to import a left-hand drive 2006 E90 320Si. That’s impressive to even import a car but he went many, many steps beyond that and decided to essentially build a road-going, partially racing-spec 320Si.

His car started life as a stock Alpine White E90 320Si, but as you can see, it has evolved into much more as no expense nor detail has been missed in converting a stock road car into a road car/race car like no other. This car is truly unique and the attention paid and time spent is impressive! Aside from a widebody kit and some of the interior features, it looks identical to a WTCC-spec 320Si – stripes, advertisements and all along the body. I was so impressed by this vehicle that I contacted the owner, Yoshina, and asked to interview him about his car which I’ve included below.

Interestingly enough, Yoshina also operates a Japanese BMW Blog and car sites here and here. He’s taken some fantastic pictures of his car, as well as other bimmers and Japan in general, in his Flickr account so I recommend you take the time to check those out! The pictures were taken with a Nikon D200 for those of you interested.

How many different BMW’s have you owned? What was your favorite that youhave owned?

I have owned five BMWs until now.

Andrew:
What do you enjoy about owning a BMW?

Yoshina:
I enjoy driving BMW. And I enjoy thinking about tune up BMW, too!

Andrew:
How difficult was the process of importing a left-hand drive BMW 320Si to Japan? The E90 320Si was not originally sold in Japan, correct?

Yoshina:
320si was not sold in Japan. So, I and Proshop had to import by ourselves. Import took time – 5 month.

Andrew:
What are all of the modifications you’ve made to your 320Si? How many man-hours did it take to bring it to the state we see it in today?

This project took in about two years. I requested this project from many people and shops.

What’s your favorite modification you’ve made on the 320Si?

Even with all of your modifications to your 320Si, do you still try to use it as a car for your daily commute to work?

Yoshina:
I drive MINI Convertible, usually. But I go to office by 320si occasionally.

If so, do you find it difficult to try and use a car with a full rollcage as a daily driver?

In some of your albums, you have pictures of the 320Si cruising around the Fuji circuit. How does the car perform on the car now that you’ve modified it compared to when it was stock? Have you reduced those lap times? :-)

Yoshina:
Everyplace, on track or on road, I drive 320si slowly. ;-) I am not necessarily good at driving.

Some people might say you could have bought a BMW 335i or M3 instead for the money you’ve put into your 320Si. What is your response to them? What inspired you to put so much time and effort into your car compared to buying something faster?

What originally inspired you to create a road-going replica of the 2006 BMW WTCC car? Are you a big fan of the WTCC as well?

Yoshina:
I love BMW Motorsport. I had E36-325i before, so I loved BMW race car – BTCC, JTCC touring car. And I love WTCC too.

I have fan site for WTCC in Japan. http://www.wtccfan.com/

You’ve already owned an impressive group of BMW’s, do you have plans in
the future to possibly move on to another BMW to modify and “make it your own?”

Yoshina:
I do not want to buy another BMW now. But I will buy new BMW someday. If I get new BMW, I will customize it.

As a BMW Blogger, what do you think of BMW’s recent concepts such as the CS Concept X1 or future PAS models?

Yoshina:
My favorite is not practical use cars, such as X models and PAS model. I like sports car. for example, M1 Hommage and GINA Light Visionary Model.

What do you think about the news that BMW has canceled plans to make a production version of the CS Concept?

I very regret that Concept CS base production model was canceled. And E92-M3 CSL too. I think that it is unavoidable judgment in a global financial crisis.

Are there any particular BMW’s you’d like to see come to Japan in the future?

Yoshina:
I want to be also able to choose a BMW  with a manual transmission in all grades.

Considering BMW’s push for “Efficient Drive” and more hybrid-type vehicles, what do you think this would do to the way BMW’s drive? Would it keep you from wanting to buy another BMW if they became hybrids?

Yoshina:
I believe that hybrid BMW gives us happy driving. I will not buy any cars other than BMW.

I want to specially thank Yoshina for taking the time and energy to help me with this interview and I encourage you all to check out his Flickr account linked above for great photos of his and many other BMW’s from Japan! For our readers who can read Japanese, you should also check out his BMW blog linked above!

If you think you have a specially modified BMW or car that should possibly be profiled, feel free to email us and we may feature it!