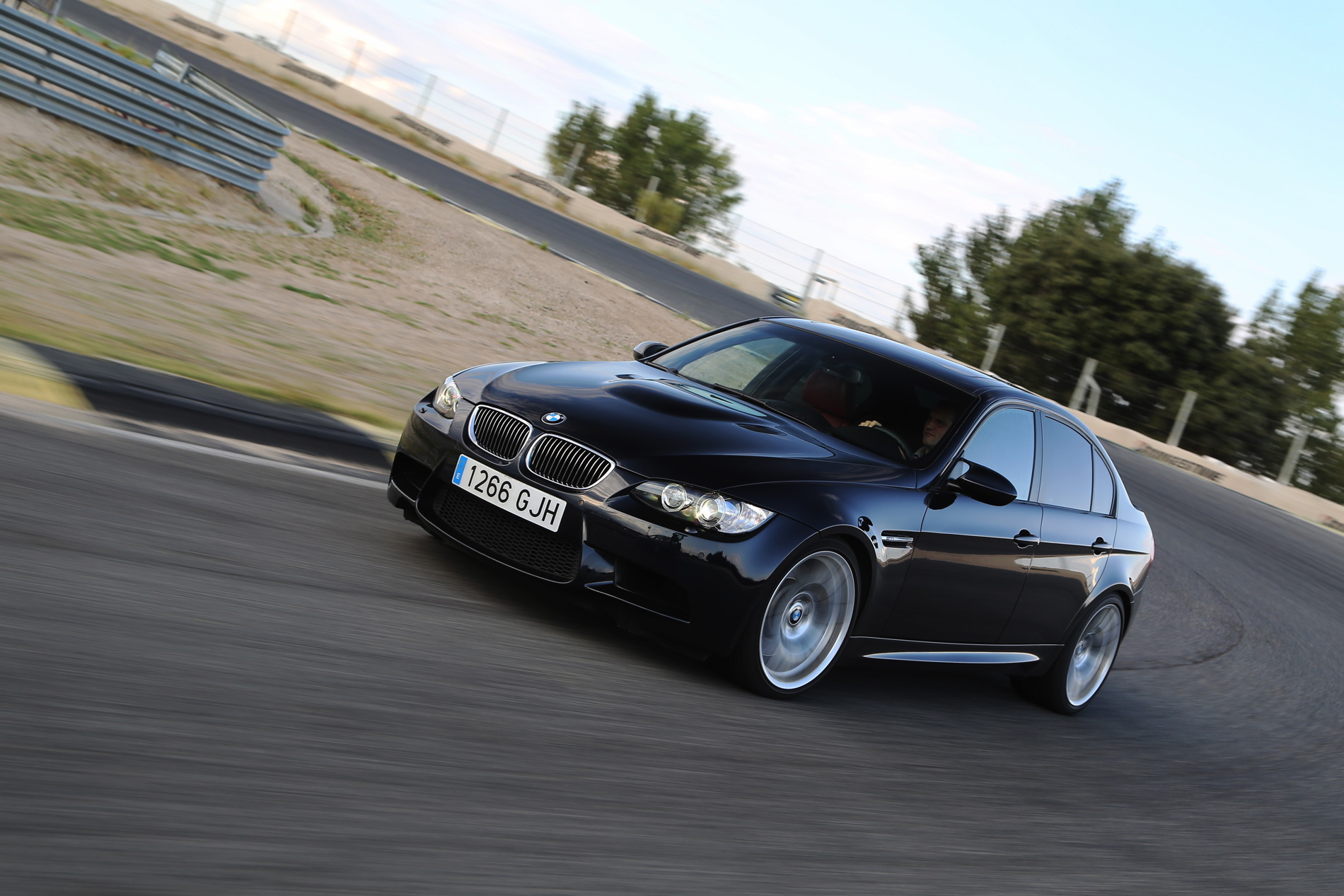 One thing I failed to mention a lot about in Saturday’s M3 test drive piece was the interior and overall feel of the car. I was talking to a good friend of mine and asked what he thought of my test drive article, and he said that it was good, but he wanted to know about the overall quality of the new M3. And he is absolutely right!

I totally forget to show how good the E92 M3 is over its predecessor. Also one thing I didn’t a lot, was the everyday drivability of the new M3. You don’t have to drive like Hans Stuck to still enjoy every bit of the new M3.

When you open the door of the M3 it seems a bit lighter than the old E46 model, but it feels just as sturdy and secure. One thing the new M3 does better over the old M3 is show you that you spent your money more wisely. The E46 M3 was a very good car, and where it was a good car, the E92 shows that it’s better. Sitting in the seat you get a much more commanding feeling, a feeling that you are more at one with the car. You spend almost $70 grand on a car and you would expect it. The interior is a lot smarter than the outgoing one. It’s been though out better, and the design is more subtle, with nicer bits used.

No, the new M3’s interior isn’t up to the quality and standard of an Audi RS4, by no means will it ever. It is a different interior made to do one particular job, function and function well while still holding up. Where the Audi shows more class and quality, the BMW shows more everyday usability. It’s like that dessert that you get at a really nice restaurant versus that one that tastes just as good without all of the design fluff. You almost don’t want to eat the pretty dessert, which is how I feel about Audi’s sometimes. You almost don’t want to touch anything for fear that you will get it dirty.

The controls are where you would want them, and the steering controls don’t intrude on the driving/racing position of your hands at the wheel. The iDrive seems more useable in the M3 than most other cars I’ve tested. Maybe that is because of the size of the M3, it sits just behind the shifter, so it’s not too far to reach it. I know most people complain about the iDrive system, but it works great, and is actually easier to use than ever before. The radio sounds fantastic, and the HD speakers make the sound quality of the radio seem like a cd or an iPod.

I think easily the greatest part of the new M3 is its ability to drive fast and slow and still be happy doing either one. You can shift at 3-4,000 revs, and it doesn’t seem out of context. You can also shift the car at the 8300 RPM redline and you feel 100% connected to the car and it still feels natural doing that. I was sort of putting around at first; just getting the overall feel for the car and it’s surprisingly simple and very easy to drive, even with the amount of technology in it. You can have the Electronic Damping Control (EDC) on sport or on full and you still can cruise around and not get any real hesitation in the suspension, even when it goes over bumps. Or you can have the EDC turned to comfort and you get a nice relaxed, yet still very sporty feel.

I think another great aspect of the new M3 is its beautiful and full exhaust note. You can choose to listen at full bore, or you can choose to have it at a nice average burble, all depending on how you shift the car and drive it. At full throttle the muscle car sound is very apparent, yet it keeps that typical ///M high pitch throatiness, just with a little more bass. It’s like listening to Eric Clapton. He can have a very trebly sound to him, but when he punches it, he has the bassy, real bluesy feel and sound to him. The exhaust note alone is something BMW should be very proud of.

If you feel as though I have missed anything, don’t hesitate to shoot me an e-mail or comment here and tell me what you would like to know.