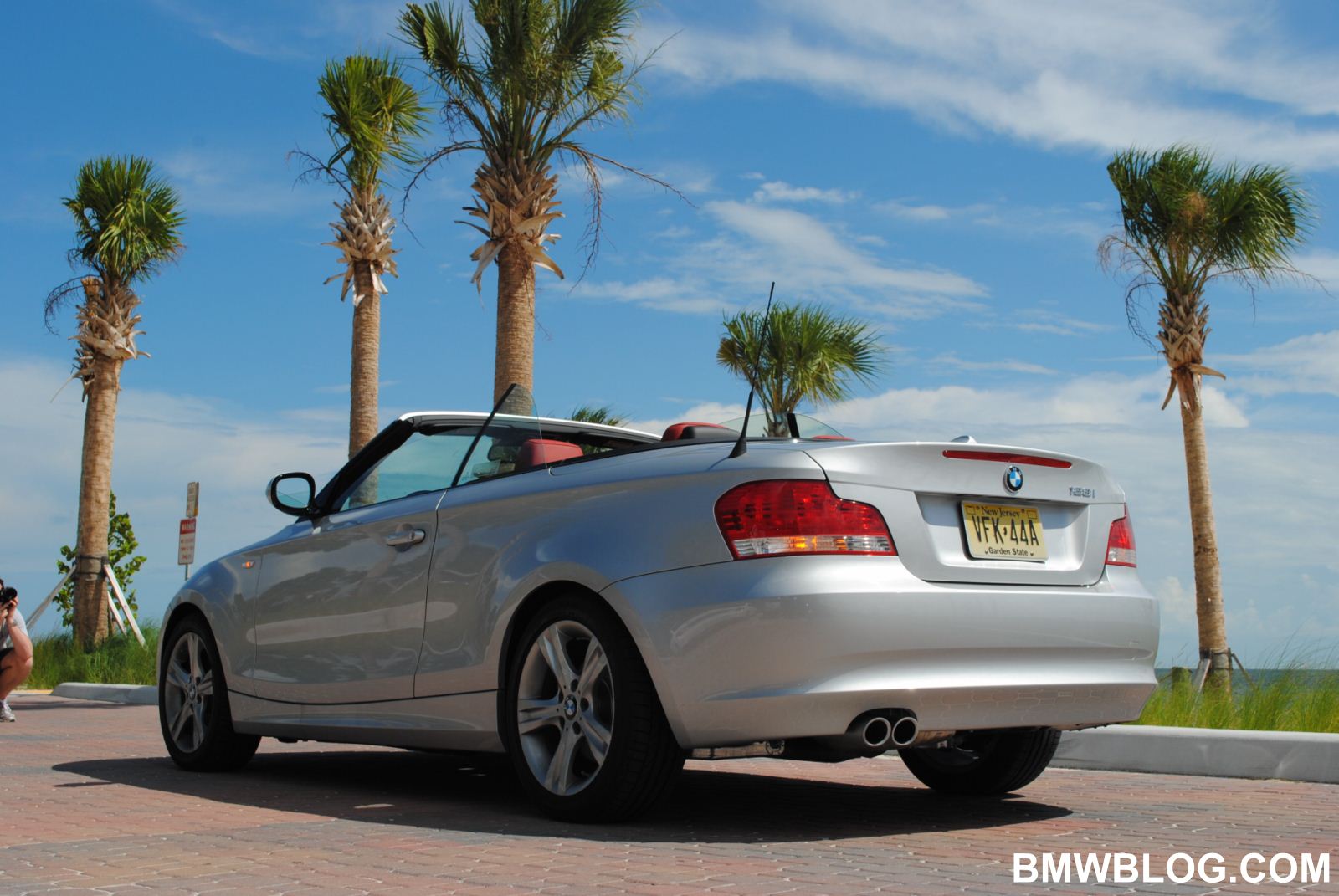 We’re continuing our coverage from the 2008 Chicago Auto Show with the BMW 128i convertible. The North American debut took place in Detroit last month so seeing the 1-series convertible at the Chicago Show wasn’t anything unexpected. Our only surprise was to see that BMW allowed us to sit in the car and take some closer photos. I know that some of you are hoping that BMW will allow everyone to check out the interior, but we couldn’t get a straight answer from anyone. Everyone said how the display models usually take a beat when the doors are kept unlocked, so we’ll find out on Friday what the final decision is.

Nothing has changed from the Detroit Show either, the displayed car is probably the same one, it has the same exterior paint and interior color. The release date is still set for March 22nd and the base prince is still $34,000.

One thing that I want to point out is the limited legroom in the back, same as the coupe versions. I took some photos so you can have a better idea. Also, being 6’2″ , I basically had to pull the driver seat all the way back so I can be comfortable. For some reason, I felt that the driver has more space in the E46 platform that in the 128i convertible.

Enjoy the photos and if you have any questions, leave a comment and we’ll give you more details.