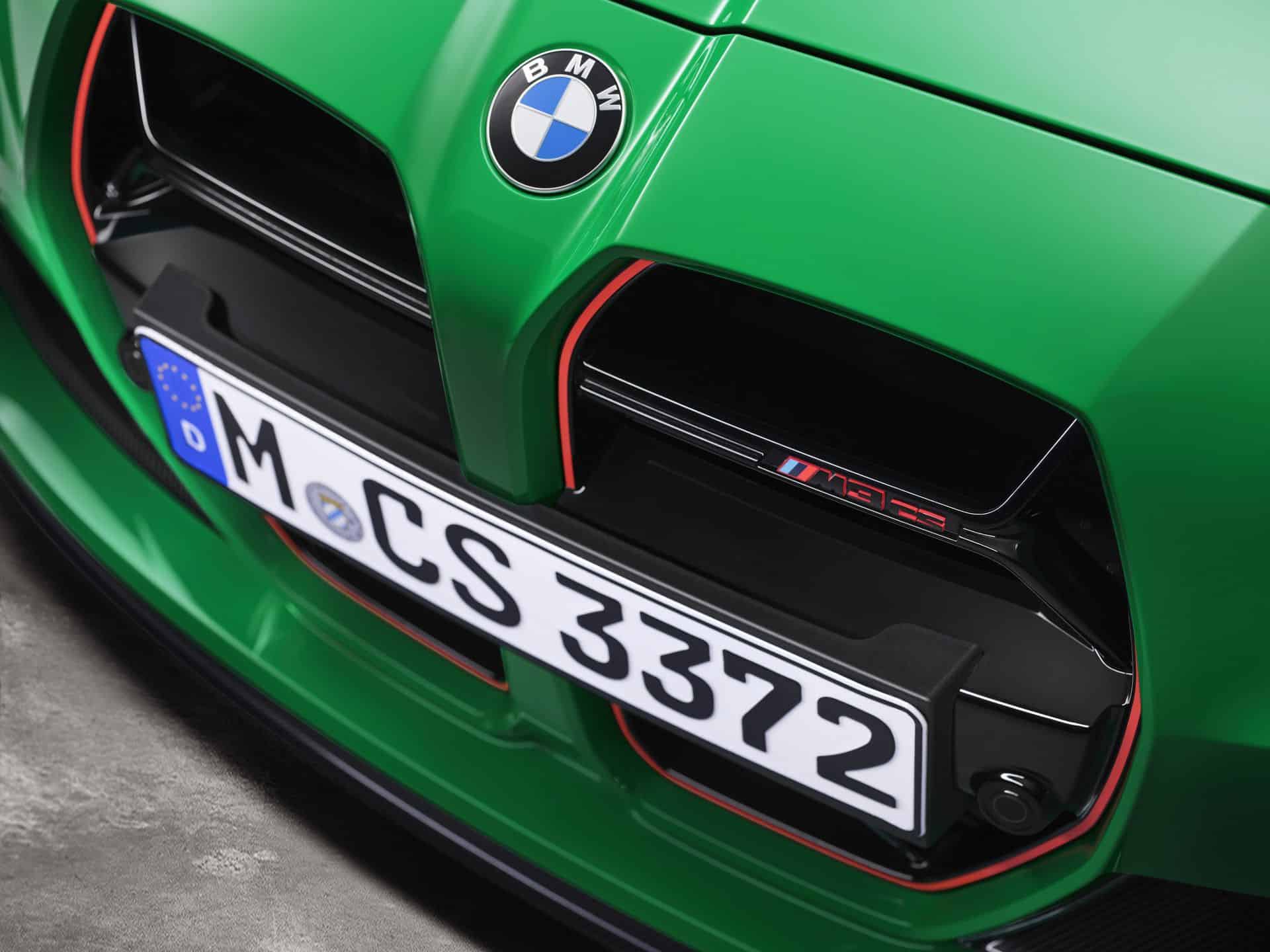 The little brother of the BMW M4 CSL is finally here. The all-new 2024 BMW M3 CS was just unveiled and just like the more expensive CSL, it’s here to impress the world with its performance and sporty design. Obviously for now, the 2024 BMW M3 CS sits between the M3 Competition and the M4 CSL. An M4 CS will later join the lineup. The G80 M3 CS comes with more power than the standard Competition model. 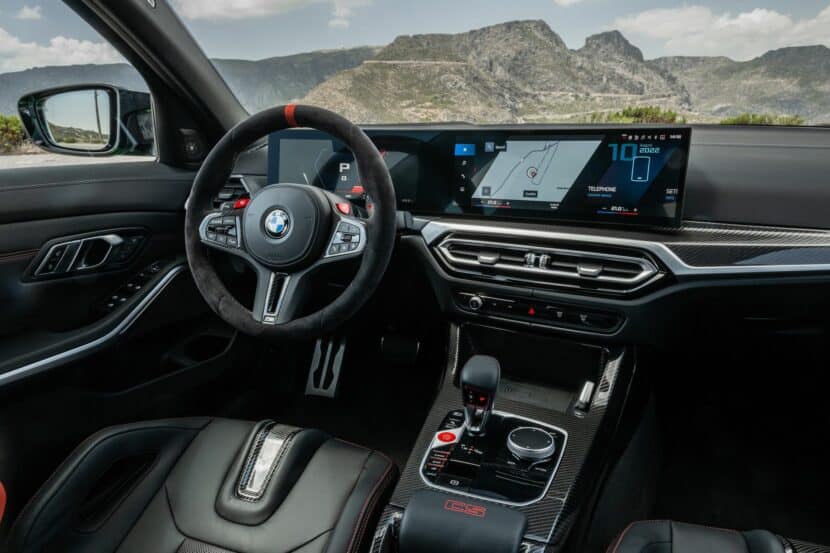 So the M3 CS’ 3.0-liter twin-turbocharged S58 inline-six makes 543 horsepower (550 PS) and 479 lb-ft of torque. That power increase was made simply by increasing boost pressure from 24.7 to 30.5 psi and giving it a slight engine tune. Peak torque is from 2,750-5,950 rpm and peak horsepower is from 6,250-7,200 rpm. Unfortunately, there is no manual gearbox option. The 2024 BMW M3 CS only comes with the ZF 8-speed automatic paired with an all-wheel drive system. Therefore, thanks to the M xDrive setup, the grip levels in the M3 CS might be better than those in the M4 CSL.

Design wise, the M3 CS is clearly inspired by the M4 CSL. For instance, it has the same grille insert, the same front air intakes, a similar lower front lip, and nearly the same hood stripes. The latter of which lack the CSL’s red accents but they’re essentially carryover. The two main stylistic differences are the M3 CS’s lack of ducktail rear spoiler, which was replaced by a tack on rear spoiler, and the obvious addition of two doors. 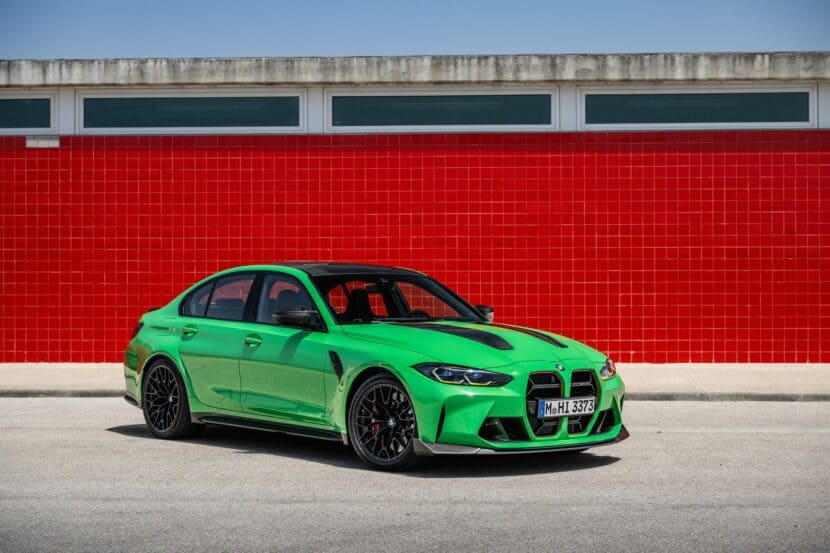 BMW will offer the M3 CSL in four distinct colors. The optional BMW Individual Frozen Solid White metallic paint is exclusive to the M3 CS. Brooklyn Grey metallic, Black Sapphire metallic, and BMW Individual Signal Green are also available. In contrast, the interior only gets one option: Merino leather in black with Mugello red accents and distinctive contrast stitching. As for the rest of the cabin, the BMW M3 CS gets the same armrest, or lack thereof, as the M4 CSL, with only a little carbon fiber tunnel and a leather elbow rest. Another difference compared with the M4 CSL is the addition of the iDrive 8 and the large curved display.

If the launch color is Signal Green, it’s the Frozen Solid White paint used in the promo video below! Let’s take a look!