Review: Audi RS6 Avant C8 – The Car The M5 Touring Will Take On 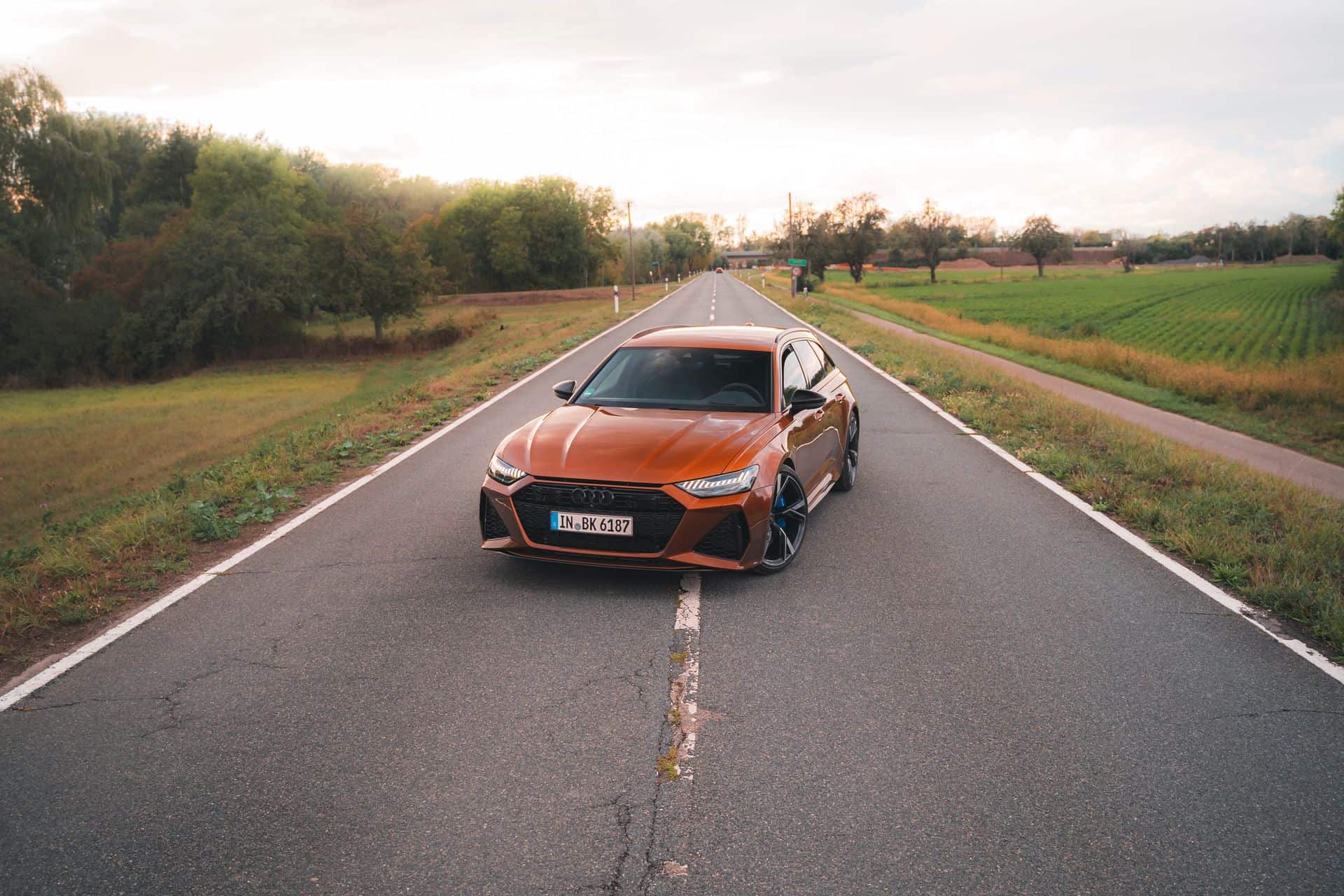 Audi’s biggest and baddest wagon has shown its newly refreshed face over the last three years. Updated throughout, the current Audi RS6 Avant hit North America for the first time ever and is still able to show its strengths, even among the best super- and hypercars in the world. It also sets the stage for a future showdown with the new BMW M5 Touring which is rumored to come to the United States in 2024.

The latest iteration of the acknowledged Audi RS6 Avant platform arrived on my German doorstep. Codenamed the C8, I was thrown the key to a ‘superwagon’ dressed in Ipanema Brown for a two-week loan which encompassed more than 3500 kms across the best roads in Europe. More on that later.

Packed to the max with goodies and features combined into a vehicle that is often characterized as the ultimate daily-driver. Key ingredients are the abundance of performance, all-weather abilities, comfort, space and that German sporty estate design that so many of us adore and love. No controversial grills or weird design choices. Based on the 8th generation A6, the new RS6 shares just three body components – the front doors, the roof, and the tailgate – with its A6 Avant counterpart.

Audi shifted their design closer to supercars like the R8, and the sharp-edged design philosophy found on a Lamborghini. It is visible! Under the hood, we find a familiar sight. Audi’s twin-turbocharged, 4.0-liter V8 engine is shared with other models within the model line-up and produces a lovely 591 horsepower at 6,000rpm and 590lb-ft of torque between 2,000 and 4,500.

The V8 is linked to eight-speed automatic transmission with manual control via paddles or the gear selector and permanent Quattro all-wheel drive system, which offers a power split of 40:60 between the front and rear wheels, though the system can send up to 70% of the torque to the front and up to 85% to the rear in specific situations. Cylinder deactivation and a mild 48V hybrid setup are available to assist the engine reducing fuel consumption and improve emissions.

The overall performance level of the new Audi RS6 isn’t as mind-blowing as you would expect. Never are your eyeballs being sucked into the back of your head. It is the sheer delightfulness in which the RS6 puts the power to the street and is able to propel you forward in a linear fashion which feels so immensely Audi-like. In a good way of course!

This Audi RS6 Avant is made to fit for German Autobahns, not so much the twisty mountain roads but still I tried it there by hitting the Grossglockner Hochalpenstrasse on our way to Croatia for the annual Supercar Owners Circle event where it would meet it ‘super’-themed automotive friends. The rear wheel steering setup is bringing up to five degrees of lock on the rear axle in the opposite direction to the fronts at low speed, and up to two degrees in the same direction above 62 mph (100 km/h). It offers enhanced agility while aiding stability, something you feel when you attack the sweeping roads in the Alps or the German Autobahns.

If there is a comment to make about the handling and agility of the new Audi RS6 Avant, then is the subject of weight, which should not be a problem for the majority of owners that will use their RS6 as a daily-driver. But in tight bends, there was a clear tendency of understeer and the Pirelli tires simply just giving up. Just take a step back while using the momentum of the vehicle, and you are rewarded for being more delicate on the throttle and the steering. Definitely make sure to find that sweet spot!

None of the options is a bad choice, it is just the owner’s personal preference, but they could play a role on the subject of ride quality. The standard 21 inch wasn’t available on any of the test cars, so we drove on 22 inch wheels, which seems perfectly reasonable, although the majority of road surfaces across Europe I drove on were relatively smooth.

Which brings me to the road trip across Europe which had commenced at the end of August. The route brought me from Germany across the high Alps in Austria to the EU-funded highways of Slovenia and Croatia. First stop was Zagreb and the Esplanade luxury hotel positioned in the heart of the city centre, and the starting location of the annual Supercar Owners Circle driving event. More than forty of the best supercars and hypercars in the World, taking on the best roads across Croatia while being escorted by the Croatian president’s personal police force.

The collection of cars on site included every single current variant of the Bugatti Chiron, including the extremely valuable La Voiture Noire, both iterations of the new Apollo IE, Koenigsegg’s Regera and CC8, a Ferrari LaFerrari, a new Lamborghini Countach, a Pagani Huayra Barchetta, two Pagani Zonda Cinques, a Lexus LFA, a Zenvo TSR-S, and so many more ultra-special cars that you almost asked yourself the question if the RS6 wouldn’t feel out of place.

On the contrary, the RS6 showed its true potential during the three days it transported luggage and stranded owners across the Croatian highways and scenic mountain roads. Its sheer presence was emphasized by its Ipanema Brown colour, which was noticed by many fans alongside the road. Even supercar owners came over to ask which specification the RS6 had and if the car was for sale.

The ultimate daily proved to be the ultimate support car on this rally. It drove all the roads the supercars drove, easily kept up with the hypercars when the police force urged us to hit speeds way above the legal limit within our Croatian hyperconvoy. It simply took on any task you threw at it and more. Simply amazing!

The trip continued into Italy and Switzerland for another week allowing us to transport ourselves from the supercar valley near Bologna via the dense city centre of Milan to the immensely restricted Swiss highways, where it’s fuel consumption showed that you can achieve a decent MPG if you feather the throttle with delicacy. All in all, a wonderful companion, but not one without flaws. Those I didn’t want to leave untouched in this story.

First up are the adaptive sensors on the front of the car which they seem to get dirty quickly even after a few drops of rain. Secondly, the rear seats are decent, but not as well designed for adults who want to position themselves for longer journeys. They are a bit too hard and the bench is a touch too short, therefore not offering the best possible support.

Of course, the front seats is where all the fun happens. Were we noticed another little niggle which is the overly cautious parking sensors. These need some calibration, in my opinion. Oh and one little niggle was the automatic closing mechanism of the cover insight the rear storage compartment. It closes after you have closed the trunk door, which means you often are looking for many seconds if your luggage doesn’t gets squished by the cover. It would be easier it if you could close it yourself before you lower the estate-like trunk door.

The 2020 Audi RS6 Avant is everything I hoped the new RS6 to be. Simply everything you ask from it, it will deliver in a fashion not many sporty sedans or wagons are able to do. The RS6 shows its true characteristics in the world where downsizing, emission regulations and noise pollution are more common than ever before. How would I characterize it? In just two words; it is a “brilliant Audi”, a superb combination between a sportive sharp and great-looking wagon and a wonderful automobile that belongs on anyone’s driveway. It is simply brilliant at anything you throw at it!

Even across the 3,500 kilometer it didn’t let us down, showed that it can take on many super- and hypercars when it comes to presence, performance and more importantly practicality. It is up there among the best cars available today. The V8-themed characteristic will be sorely missed when Audi goes hybrid and then all-electric in the future. For those lucky enough to have a RS6 on their driveway, hold onto it with both hands for as long as you can.

It is a masterpiece, which lives up to its name of being the ultimate superwagon. 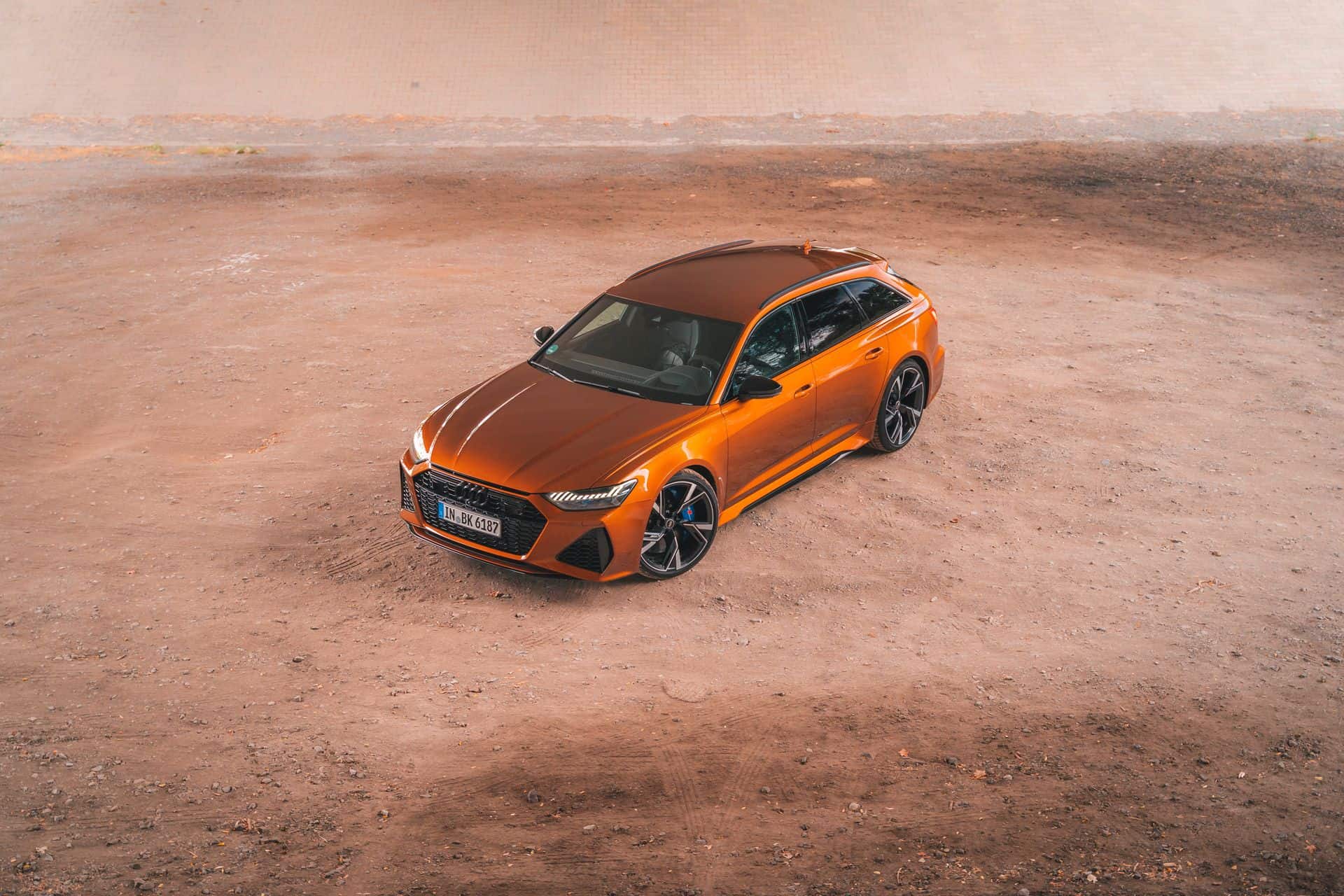 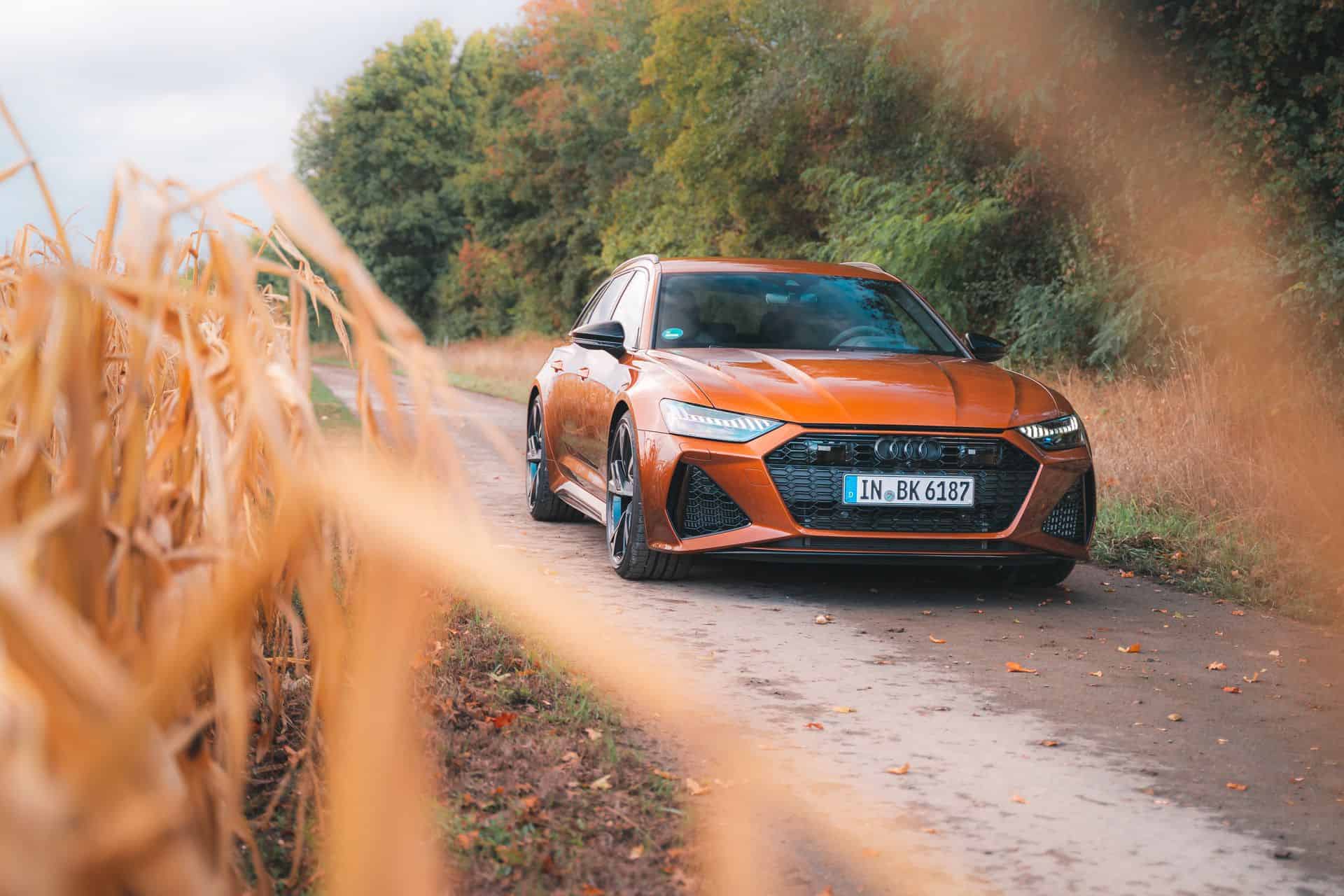 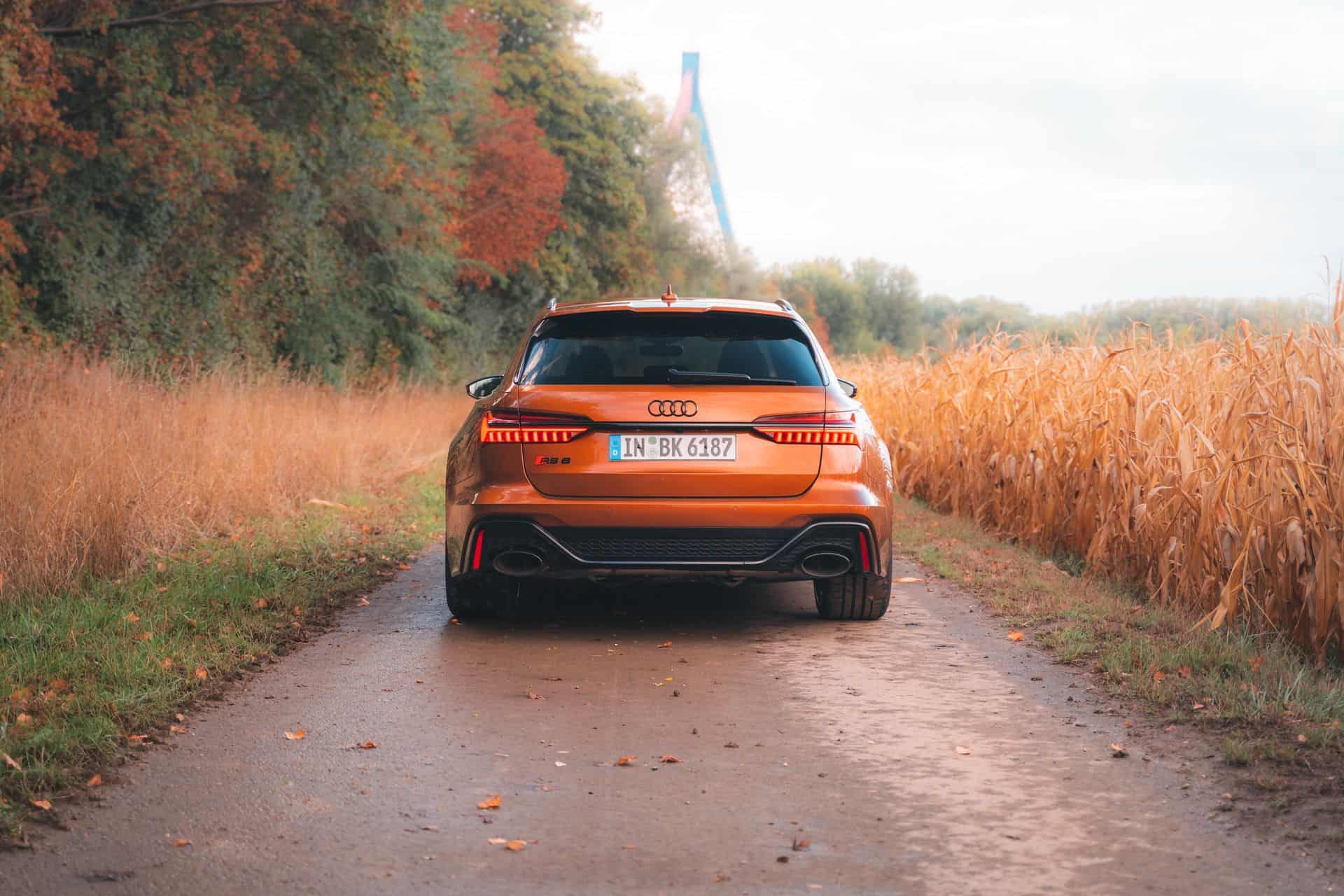 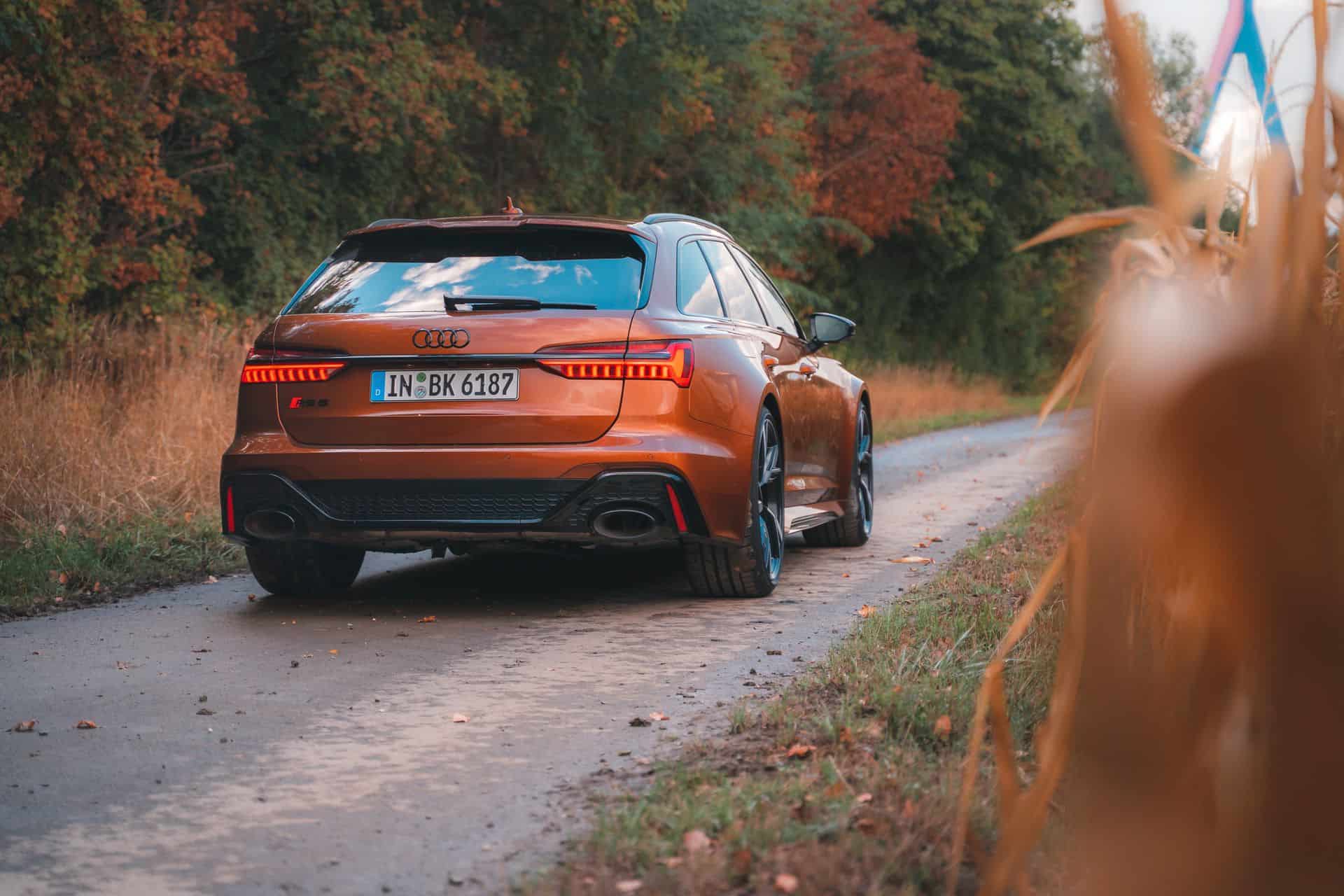 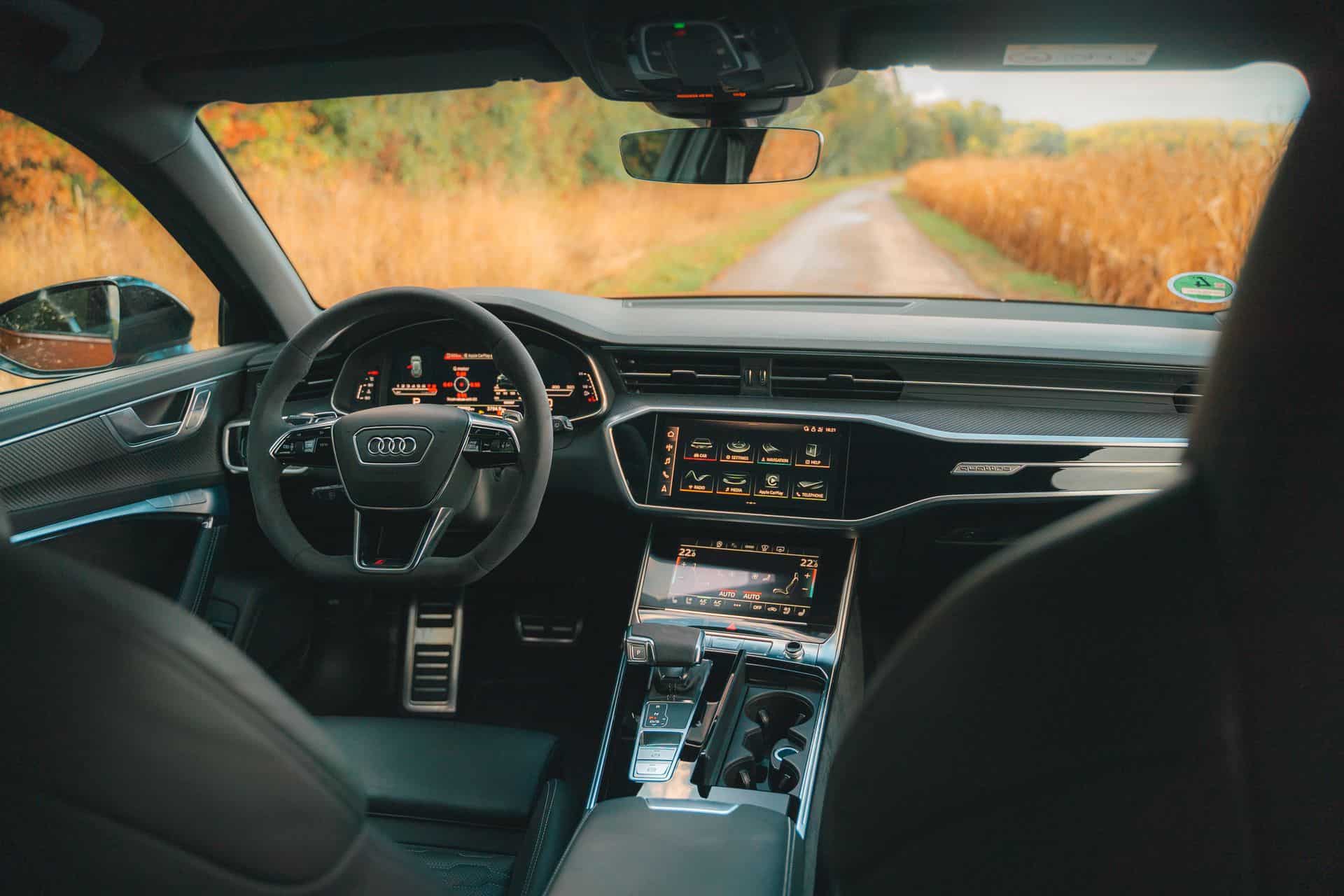 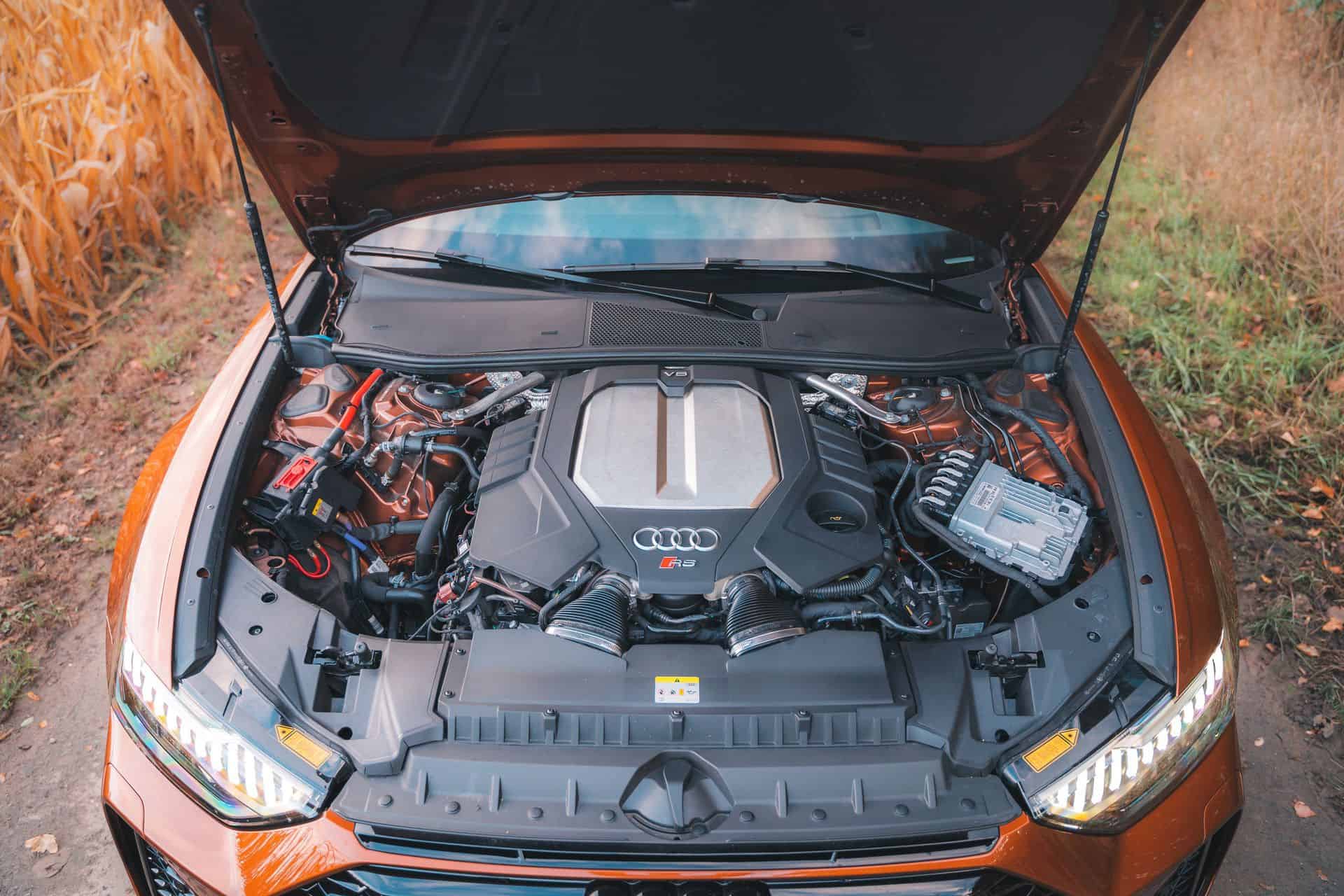 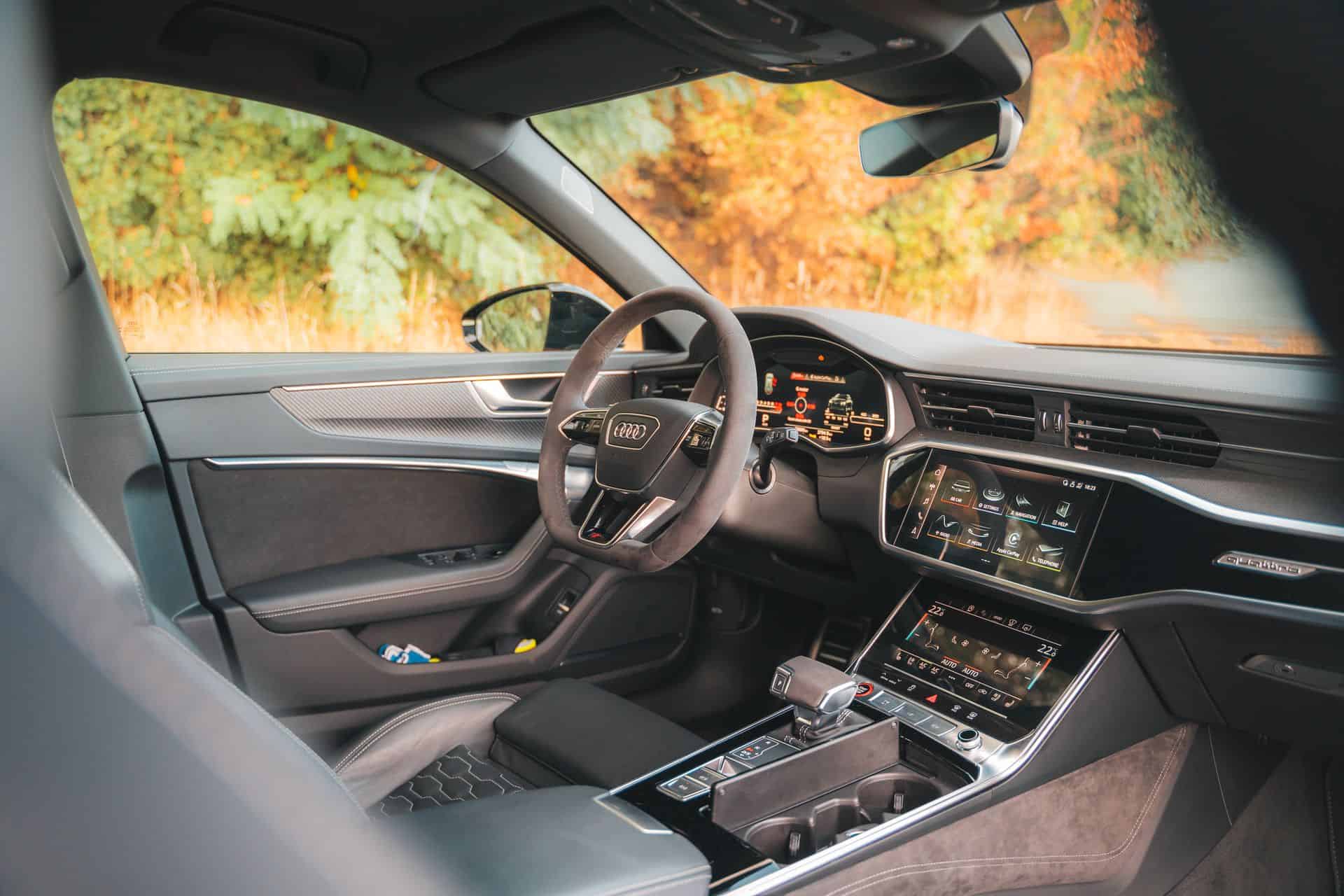 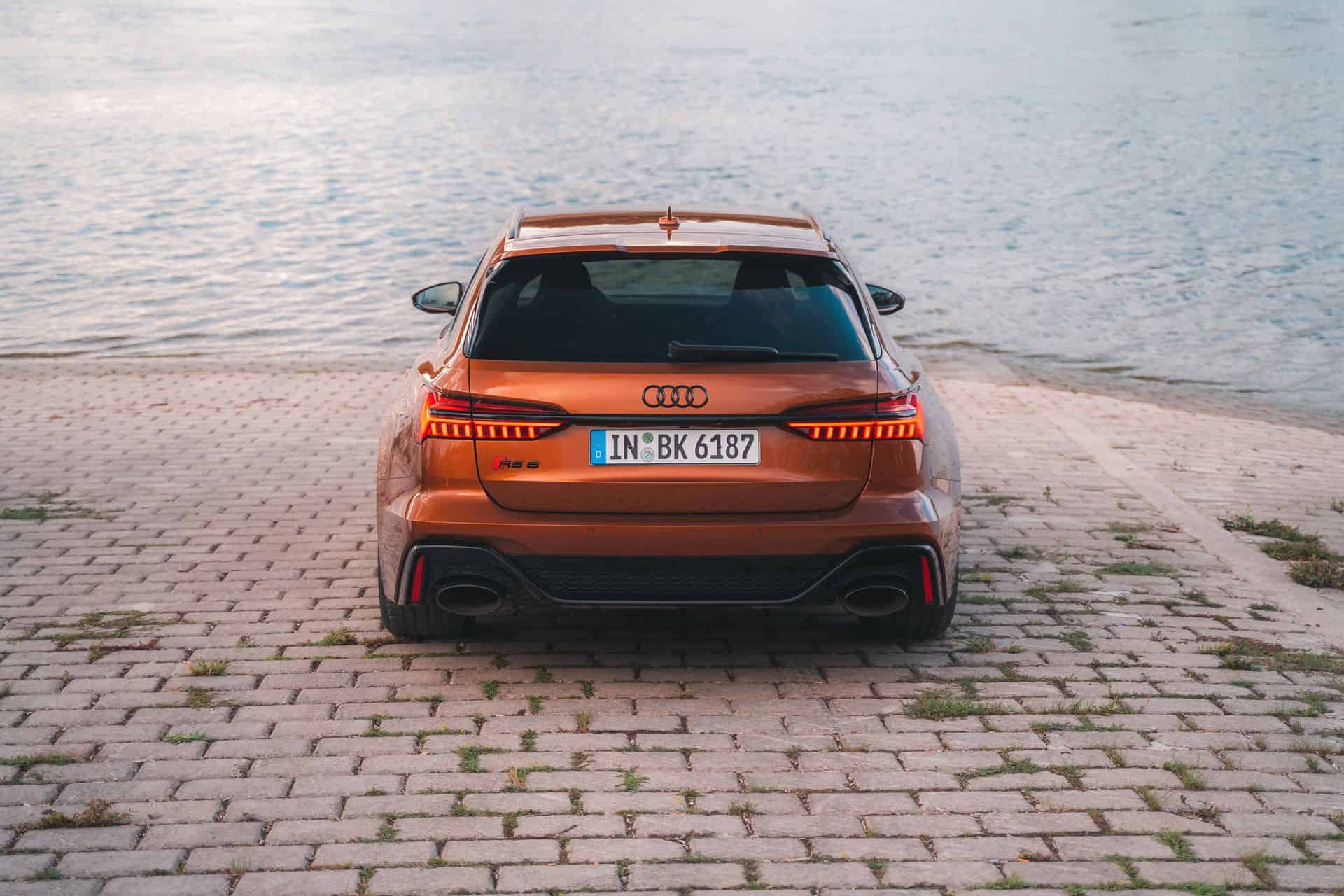 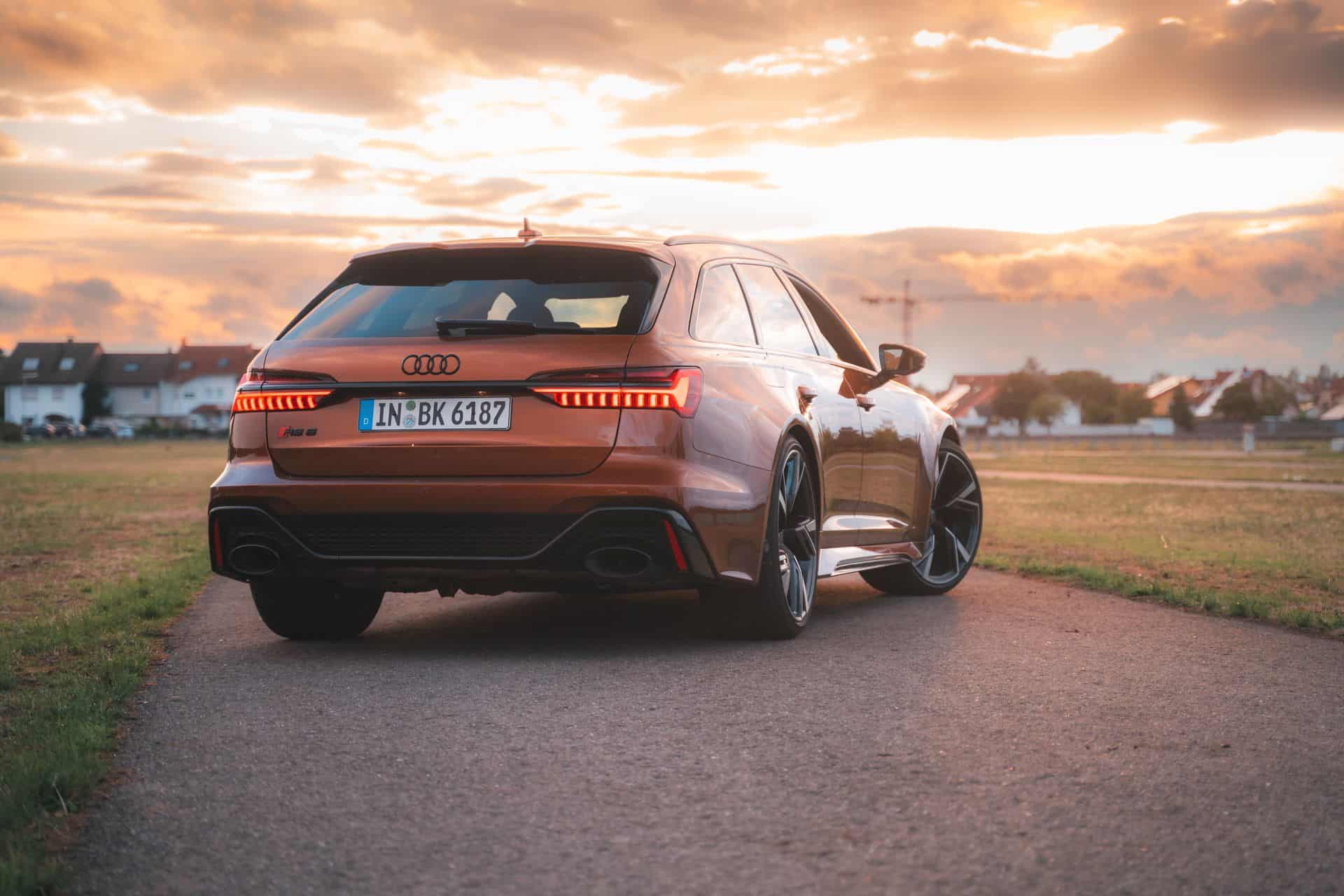