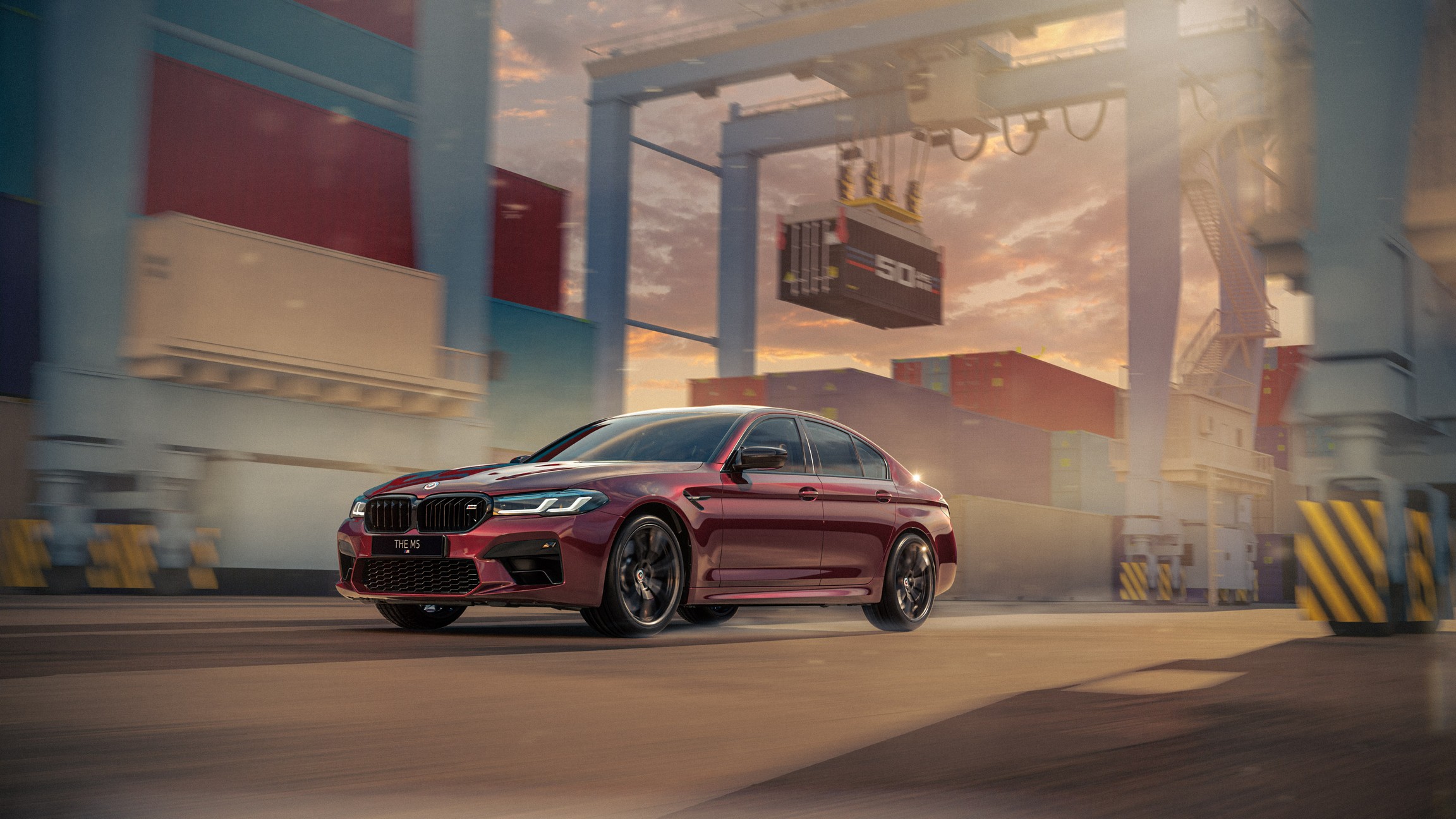 The eighth out of a total of ten “50 Jahre” special edition models for India has been revealed, and it’s perhaps the most desirable thus far. Based on the M5 in the hotter Competition guise, the limited-run super sedan is dressed to impress in Aventurine Red, representing a color from the Individual catalog. It comes with a blacked-out kidney grille on top of which you’ll notice the anniversary roundel to mark half a century of the M division.

The retro-flavored logo has been applied to the trunk and wheel center caps as well. Speaking of which, the 20-inch M Jet Black alloys are combined with compound brakes featuring red brake calipers. To spruce up the high-performance saloon, BMW India has fitted the M5 with additional black accents, including the side mirror caps and trunk lid spoiler.

In addition, the quad exhaust tips are finished in black chrome while the laser headlights have received the Shadowline treatment. Rounding off the dark accents on the outside are the “M5 Competition” badges on the grille, side gills, and trunk. 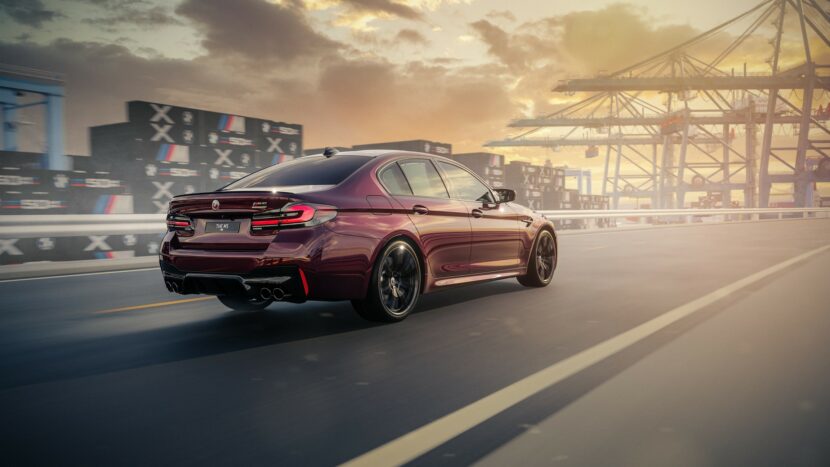 Although images of the interior have not been provided, we do know the M5 Competition 50 Jahre has Merino leather in Aragon Brown with an anthracite headliner. Soft-close doors come as standard equipment, as does the Comfort Access to open the doors and tailgate without having to use the key. Being a full-fat M car, it also gets specific seatbelts, footrest, pedals, and steering wheel, not to mention a carbon roof and four-zone climate control.

As with the other 50 Jahre special editions, there aren’t any mechanical upgrades. The M5 Competition sticks to the twin-turbo 4.4-liter V8 making 625 horsepower and 750 Newton-meters of torque for a 0 to 62 mph (100 km/h) in just 3.3 seconds. All that Bavarian muscle is routed to the xDrive system through an eight-speed M Steptronic transmission. Other goodies include an M Adaptive suspension and M Sport exhaust, plus a Track driving mode for utmost performance.