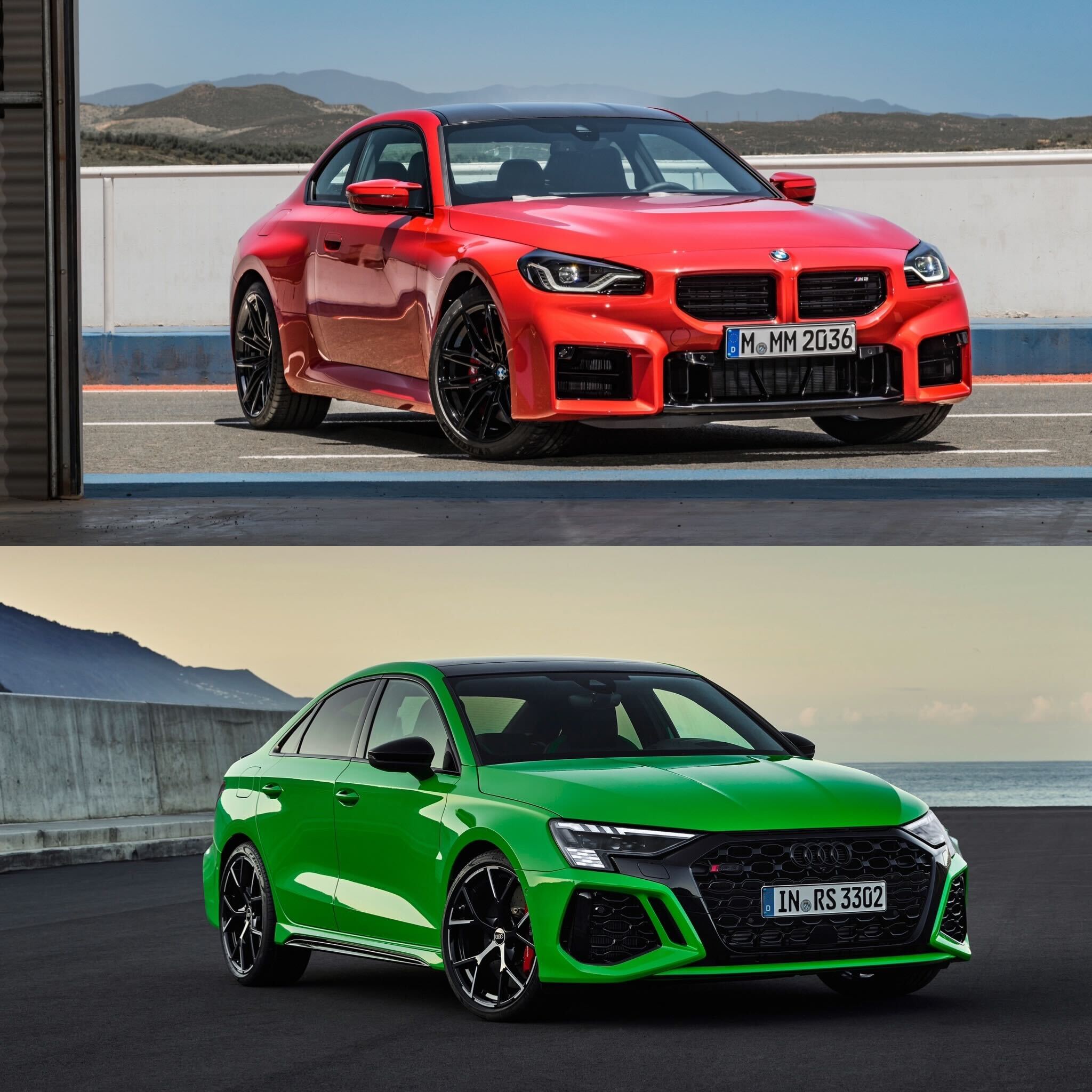 Okay, so this is a bit of an unusual comparison, because one is a coupe and one is a sedan. However, it’s one that’s worth looking at because both cars are technically competitors, despite their different body styles. Both the BMW M2 and Audi RS3 represent different ways of ultimately doing the same thing—offering a thrilling sports car experience in a package that can be used everyday. They’re also around the same price, are similar in size, and come from rival automakers. So let’s check ’em out. 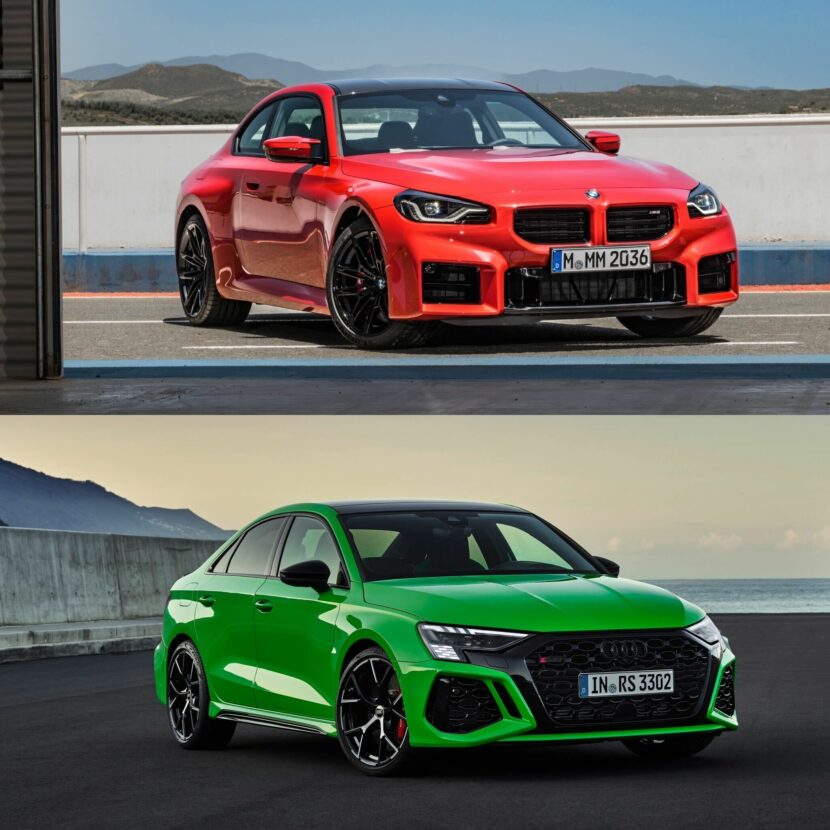 The Audi RS3 has the better looking front end. There, that was easy. But if you require elaboration, here goes. The BMW M2 is fine looking up front. It isn’t ugly, it’s sporty enough, and it has nice headlights. However, the harsh rectangular shapes of the grilles and the front air intakes just seem at odds with the rest of the car and they don’t look nice. Especially when you consider the handsome 2 Series front end. On the flip-side, the Audi RS3 is extremely handsome up front. Its grille is large but cohesively worked into the front end, its headlights are sharp and sporty looking, and its air intakes seem like natural parts of the front fascia. The M2 isn’t ugly but the RS3 is great looking. 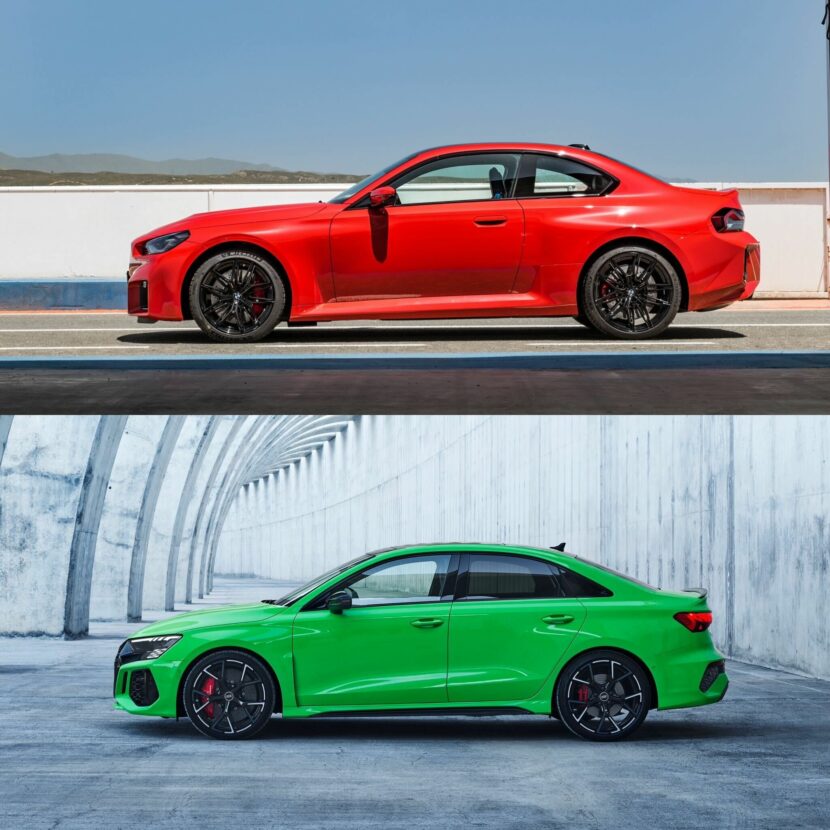 This is a bit tricky because both cars look good in profile. Despite having different body styles, both have similar design philosophies. They both feature shortish wheel bases, massively flared wheel arches, and big wheels. There are things I really like about each car from the side and it seems like I prefer the car I looked at most recently. However, I think my tie-breaker is the M2’s abrupt rear fender flare. There’s just something about the near-right angle of where it ends behind the door that bothers me. So I have to give it to the Audi RS3 again. 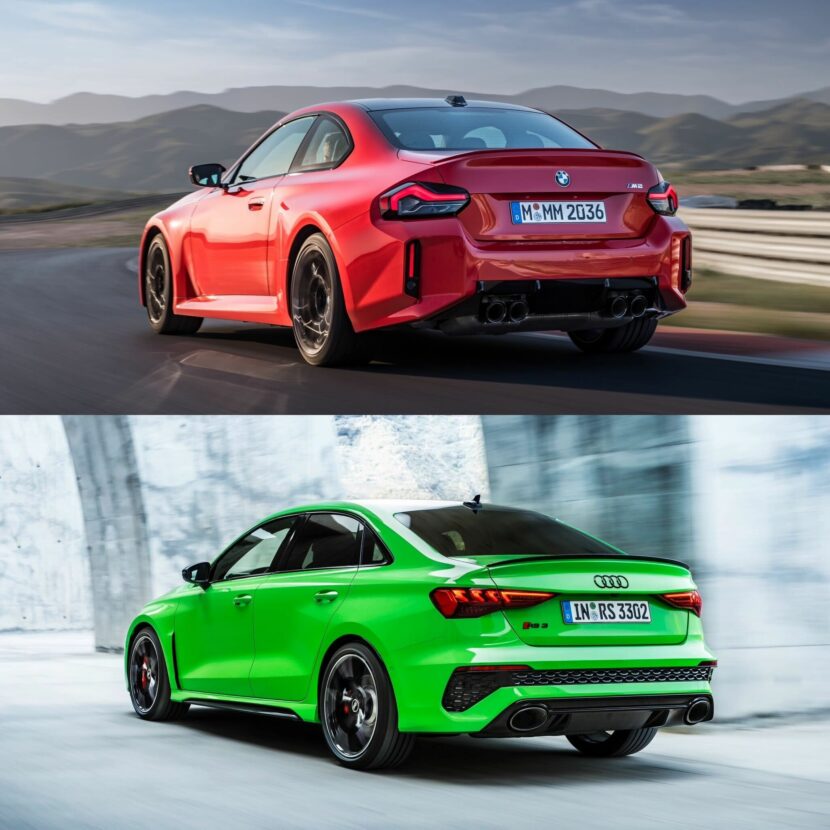 I think the BMW M2 takes this one. Neither car is bad looking from the back. I tried to find something that really annoys me about both rear ends and I couldn’t. While neither is perfect (the fake diffuser thing has to go, guys), they’re both really good. I can barely think of a tie-breaker, because I like the RS3’s taillights more but I also prefer the M2’s quad exhausts. If I had to choose, I think I’d take the BMW M2 from the back, because it looks more like the rear end of a sports car, rather than a front-wheel drive sedan. But it’s close. 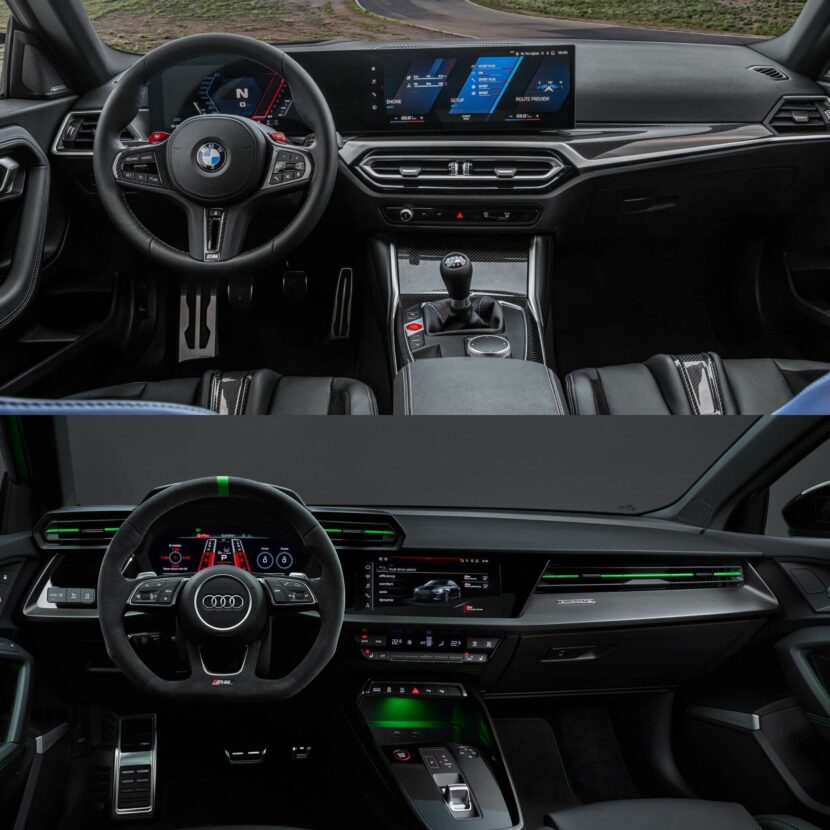 This is tricky for me again. I like certain things about both interiors and prefer each for different reasons. The RS3’s design is a bit better, with a lot of clean horizontal lines, razor-sharp angles, and cohesive looking tech. However, the M2’s more driver-focused look, far superior seats, and better seating position (judging by the 2 Series and A3) makes it ultimately the better cabin. I’d prefer the RS3’s design but touch points and h-point are more important to me, so the BMW wins.

That’s a two-two tie and that makes sense. Both cars have their pros and cons and I can see why any customer would choose either. If it were my money, based purely on design, I’d go for the Audi RS3. I’ve driven neither, so I can’t comment on which I’d buy for their dynamics but there’s something about the RS3 that I like more. But I understand if anyone chooses the M2 and don’t necessarily disagree with them.