There’s a Guinness World Record for practically anything that you can think of, with some stranger than others. Relevant examples include a record for the longest usable golf club, biggest yo-yo, longest fingernails, spinning a basketball on a toothbrush, and for a parrot opening the most numbers of cans in one minute. Yes, really.

Automotive-related Guinness World Records are just as strange, including the hairiest car, the most people in a Smart, and the longest vehicle. Another bizarre record would have to be this – the fastest wheel change on a moving car. To make it happen, Manuel Zoldan and Gianluca Folco from Italy got a BMW 3 Series E46 Sedan and mounted the spare wheel on the front passenger door. 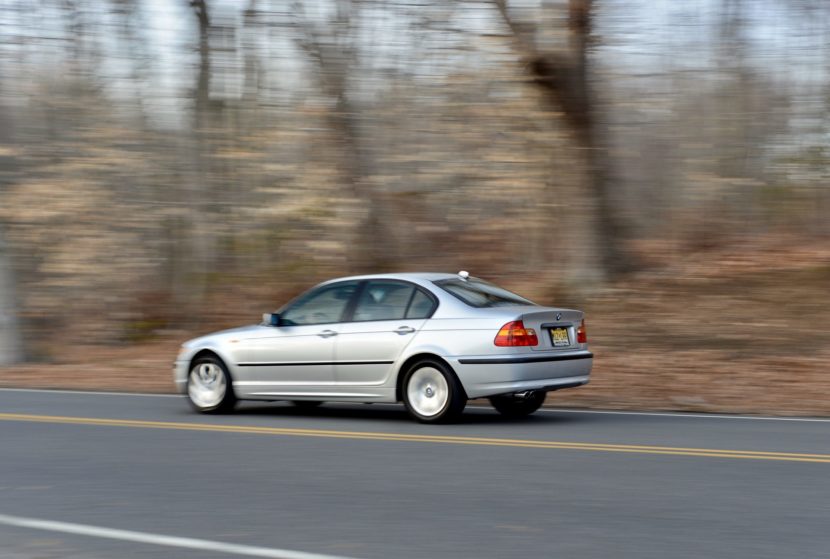 Some would argue they cheated a bit because that’s not a fullsize wheel but rather a lighter space saver wheel. Nevertheless, Guinness World Records didn’t care about this detail and awarded the two with the record. The wheel was changed in 1 minute and 17.64 seconds on the set of Lo Show Dei Record, Milan, Italy during the Lo Show Dei Record 2022.

It’s an improvement of about 13 seconds compared to the previous record, but let’s face it, there’s no application in the real world for such an accomplishment. It’s not every day we see an E46 being driven on two wheels while the front passenger climbs out of the car to change the wheel. Keeping the 3 Series balanced on just two wheels takes a talented driver as any wrong move could result in serious injuries for the person hanging from the hood of the car.

Speaking of changing wheels, Guinness also has a record for the fastest time to change four wheels on a car. It was established in October by mechanics in training from the Lucky Car Franchise & Beteiligungs GmbH from Austria. They needed only 49.03 seconds to swap all four.