BMW M4 CS Owner Goes To CarMax To Have It Appraised, Refuses Offer

The microchip shortage has had an impact on new car prices as automakers took advantage of the situation. How? By making their vehicles more expensive in a bid to compensate for the profits lost due to the lack of necessary inventory. Consequently, some people couldn’t buy new anymore, ultimately deciding to purchase used.

With more demand for second-hand cars, those obviously became more expensive as well. The market remains as volatile as it was a few months ago, so it’s still a good opportunity to offload a car to make a nice profit. Case in point, YouTuber Brennen Taylor figured out he should try and sell his rare BMW M4 CS. He cites rising gas prices as the motivator behind the decision to get rid of the performance coupe. 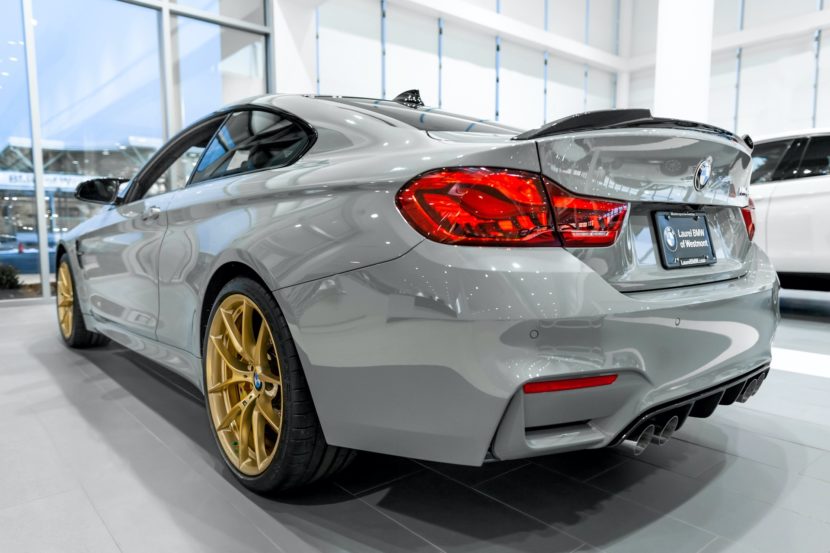 However, with 3.65 million subscribers on YT, surely gas money shouldn’t be much of an issue. He’s thinking about getting a Porsche Taycan, a car that starts at $82,700. Those who can spend that kind of money on a vehicle can certainly afford gas, right? If you haven’t heard of Brennen Taylor, it’s because he doesn’t have a car channel on YT. Instead, he’s a foodie with a BMW M4 CS bought back in 2019.

When it was launched in the United States, the M4 CS retailed for six figures. Specifically, it carried a starting price of $104,095 or nearly $30,000 more than an M4 Competition. His car was originally ordered in Lime Rock Grey metallic, making it rarer than the 1,200 units that were sold in the United States. Brennen Taylor’s visit to CarMax ended in disappointment as he was offered only $64,000.

A quick search on listings in North America shows CarMax’s appraisal is slightly lower than the average asking price for an M4 CS. Consequently, the YouTuber turned down the offer, but taking it to another CarMax is an option he’s considering.