With advancements made in technology, being paralyzed no longer means a person is unable to drive a car. Specialized companies usually make adaptations for minivans and other mainstream cars, but this M4 Coupe doesn’t fit in either category. Indeed, it’s a brand-new Competition model that can be driven without using the accelerator and brake pedals.

How does it work? Mounted behind the steering wheel, a hand-controlled bar to the left of the driver replaces the two pedals. Pushing it down accelerates the car while pushing it forward triggers the brakes. It looks fairly simple to use, but we’re fairly certain such an electronic device wasn’t so easy to develop.

After firing up the engine, a blue light automatically appears to notify the driver about the hand controls becoming available to use. The M4 is still a relatively new car, so we’re glad such a conversion has already been made available in such a short time. Being the Competition model, it means it’s automatic so changing gears is done using the pedals. Needless to say, it would’ve been more difficult to use a manual gear lever. 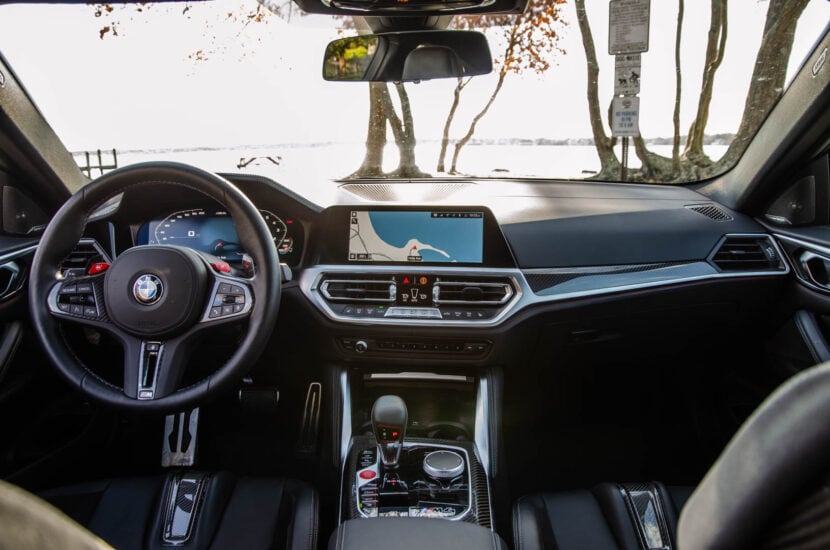 No Pedals? No Problem

He drives it with his right hand on the steering wheel while the left is on the bar and wheel. With over 500 hp on tap, the owner says he barely uses the throttle given how quick his M4 Competition accelerates. He has had the car for only a short amount of time, but enough to adapt to the setup with no problems.

You might be wondering by now how he’s able to get in and out of the car. The fact it’s so low helps with accessing the cabin, but those chunky side skirts get in the way. Attached below, the video shows it’s relatively easy to climb inside. His carbon fiber wheelchair is not only light but easy to dismantle and put the parts on the back seat.

The videos are proof being paralyzed from the waist down didn’t stop this man from enjoying a powerful sports car. Not only that, but he even added some aftermarket bits, including a Supersprint exhaust for a more aggressive soundtrack.