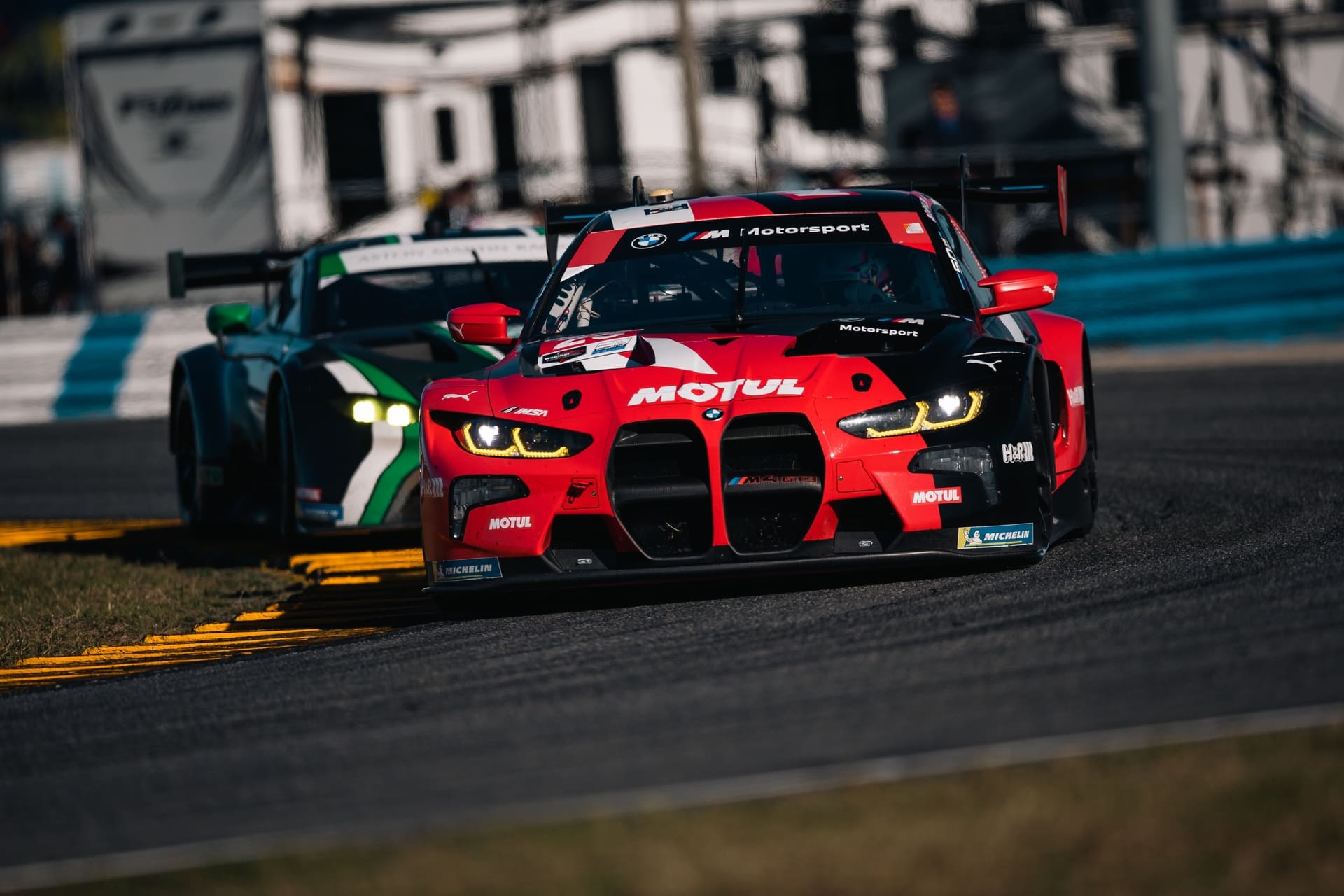 In 2020 Motul became the official partner of BMW M Motorsport, providing technical co-operation, expertise and support to the racing program. And last weekend, the partnership saw a new chapter: The 2022 Daytona 24 Hours. For the first time, BMW Motorsport launched their M4 GT3 racing cars onto the iconic track and Motul was once again their oil supplier. To learn more about the partnership and also about Motul’s new line of car oils, we sat down with Nolan Browning, Motul Marketing Manager for the U.S. market.

Nolan, can you please share with us the latest developments in the partnership between Motul and BMW Motorsport?

Two years ago, we established a partnership with BMW through the M8 program and saw success there. So we want to continue that now with the M4 GT3 program. Whenever we put a decal on a car, we want to have our oils in their car. It’s one of our standards. So we give them early samples of our product, current product to test and refine as we’re going to make improvements, so they used the MOTYL 300V 0W30 on their last racing car. That’s one of the unique things we have: our 300V line line of oils was delivered to all teams and yet, can go out and buy it on Amazon or any retailer.

What makes the 300V oil special? 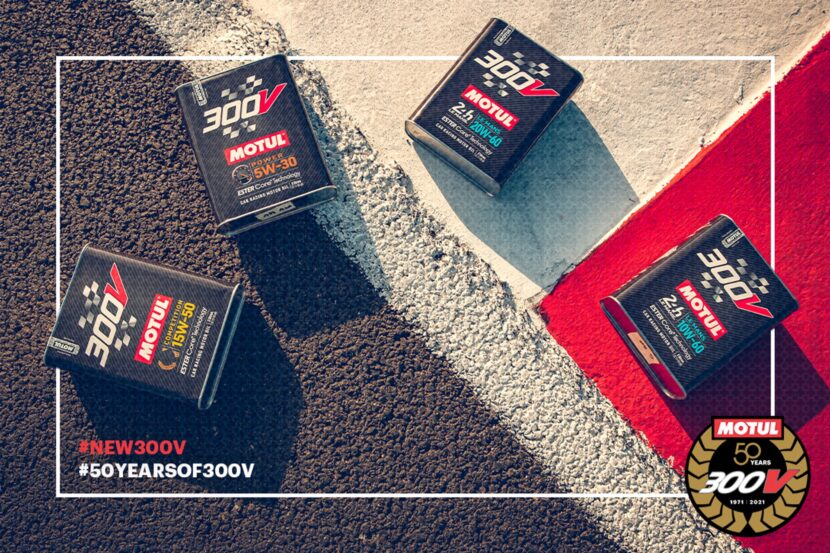 The 300V celebrated its 50th anniversary last year. So we blended that in 1971 as a first ester race oil. It was basically using technology from aerospace and putting it in a car. The name comes from the 300 victories they had in 1971 in racing.  We have a new 300V that we debuted here and the teams were testing it after receiving early samples. The new blend has more refinements and horsepower, more protection, different additives actually. It’s better for emissions in the environment, which just seems strange for racing oil, but more and more series like IMSA are being called to have some green initiatives. So that’s part of our efforts is cleaner burning fuel and cleaner burning oil.

They’ll change the oil before they leave, or during testing, and then a lot of them will run it through the Roar testing weekend, qualifying and practice. Then, the racing teams will change the oil before the actual race. We actually have a program where certain races like LeMans will get samples before or after the race to see how the oil is holding up and if they are any mechanical issues. Even though we don’t have an oil lab on-site, a lot of teams, like BMW, will send us oil after the 24 hours race so we can test it and see how it held up.

Where do you do our oil analysis?

We have a partnership with labs here in the U.S. and we have done some testing for smaller teams. But we do bring a lab from France, for events like Petit Le Man, and we will test both customer cars and racecar oils, but also fans can test their own oil.

What  motor oil does BMW run in their race cars? 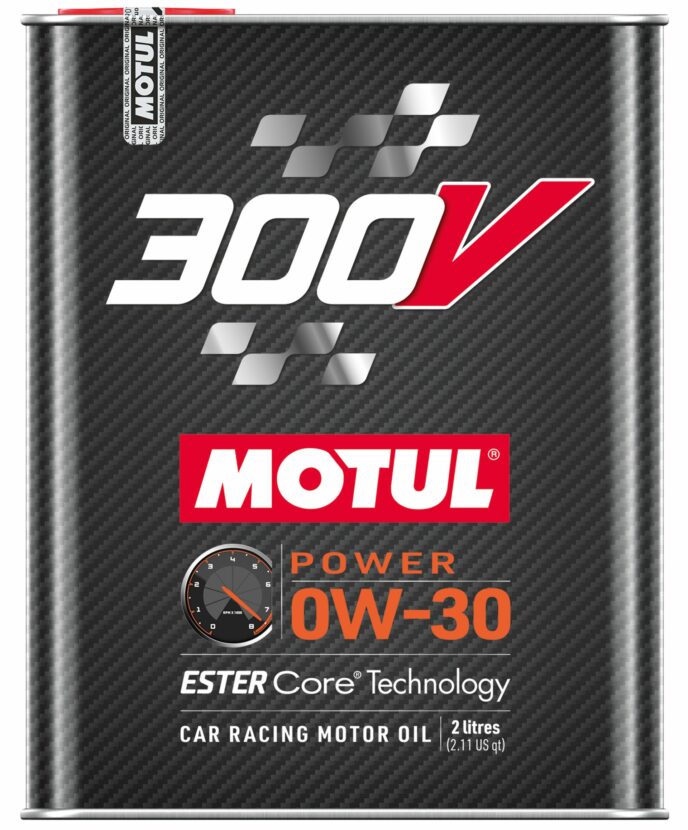 The newest part of our 300V is now using thinner oils, like 0W16 or 0W20, just to get the horsepower and some of the economy on the street cars. We did launch a 0W60 specific for M cars, we’ve never had it before, but the new M4s actually use a 0W30. They are also testing on 0W20. Today, high performance cars are using thinner and thinner viscosities. And the tolerances in the engine are getting so narrow to make sure that smaller size displacement forced induction and they’re trying to get every bit of power and efficiency they can under the newer motors emissions and environmental fuel economy. Not as much in racing, but there’s still some fuel economy to consider in racing.

Daytona 24 will have freezing conditions this year. How do you account for that?

We tested our oil for different temperatures. That’s why we tried to get various samples from different events. We just came back from the Dakar Rally, so we have oils out there in the sand and different weather conditions. You can also have very cold temperatures and then very hot depending on the seasons. So we try to test it in every temperature. We even have snowmobile oil that we test in negative 30 degrees Fahrenheit, and/or up to 400 degree Fahrenheit in racing engines.

Do you also provide brake fluid for the racing teams?

Most people are familiar with our RBS 600, but BMW Motorsport Team uses now the RBS 700 with a higher boiling point. It’s coming to the U.S. market soon. They’ve had it in Europe and tested it and the teams have been testing in the United States now also. We’re just working on all the compliance paperwork for the US. It’s not just our engine oil they use, but also the brake fluid and gear oil.

So we’ll take that apart too. And they drain it and get it back to the shop and see how the gears held up after 24 hours of abuse. So there’s a lot of good research and development that goes on during this 24 hours race.

Are you more involved in the performance market?

We’re more into the performance market. A lot of the LMP2 prototypes here un a Gibson motor, so they require multiple MOTUL 300V race oil in their engine. So in terms of actual manufacturers, we don’t have many on the automotive side, we have a few European motorcycles, or even Keanu Reeve’s ARCH motorcycles. On the automotive side, we have more of the performance shops, such as BRABUS or RUF, and then Gibson and some of the racing engine builders.

Where can customers find most of your products?

Aside from large retails, like Amazon or Summit Racing, you can also buy directly from our shopmotul.com website which was recently launched. Of course, we’re in specialty shops also.