Some fantastic BMW cars displayed at Barrett-Jackson auctions in Scottsdale 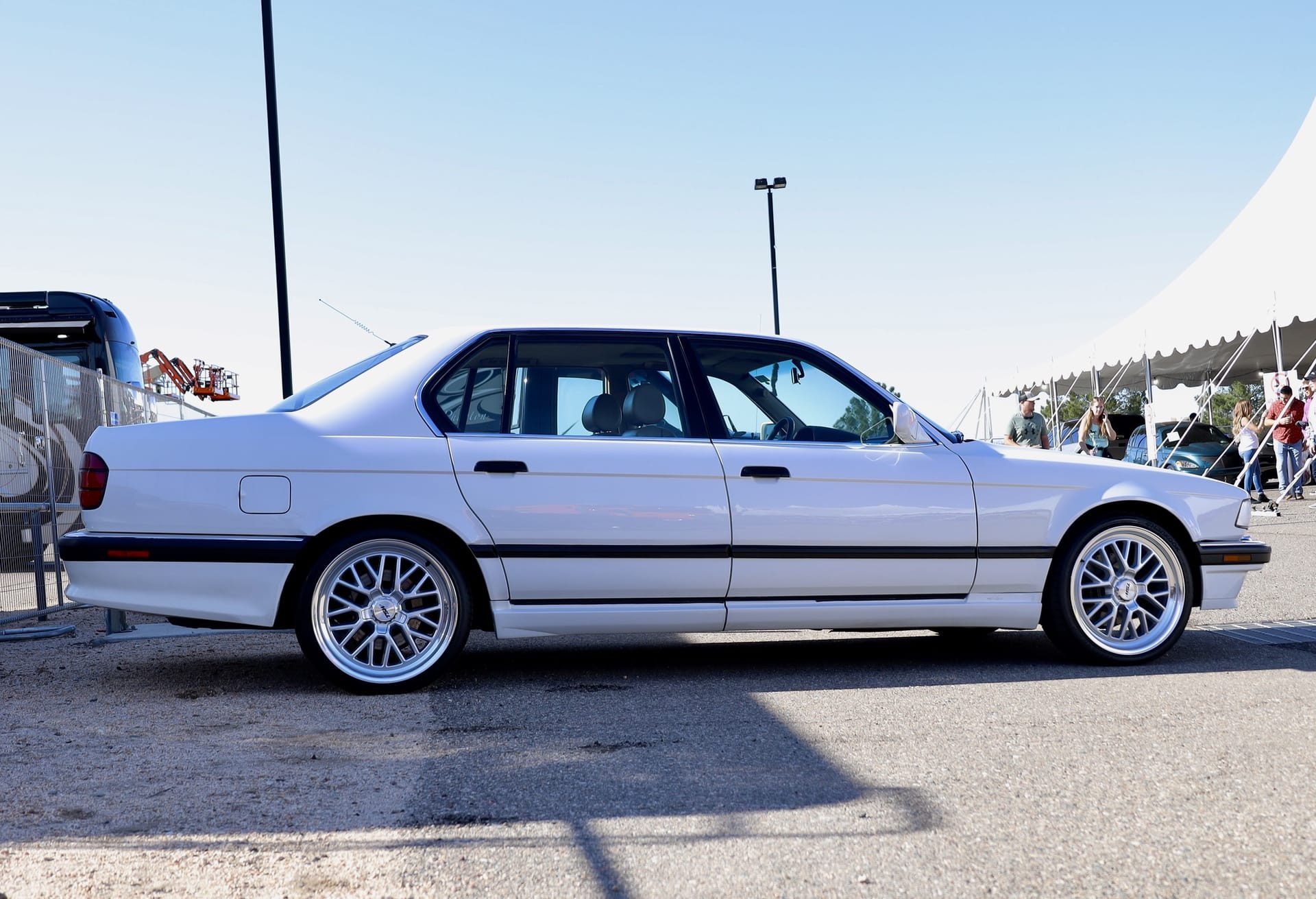 For nine days in the desert, most automotive aspirations become attainable. Walking into the Barrett-Jackson auctions at Scottsdale, Arizona is always a bit desensitizing – but an entrance flanked by million-dollar Ford GTs will do that to anyone. Regardless of your tax bracket, the auctions certainly provide a photogenic experience, if nothing else. Every automaker is there to subtly outdo the others, and BMW is no exception, turning out to Barrett-Jackson this year with a very respectable stable of cars. Showcasing the best of new and old, BMW fans from all walks of life and enthusiasm are served up a healthy and varied biopic of where the brand is going and where the brand has already been.

In one of the best showings of BMW’s M division, we’ve got a very popular M240i xDrive Coupe. According to the BMW representative we talked to, it’s one of the most popular vehicles at the booth. Which makes sense – it’s a blend of old and new, promising an optimistic future of driver’s cars for the next decade. It’s shown in Thundernight Metallic with a black interior. 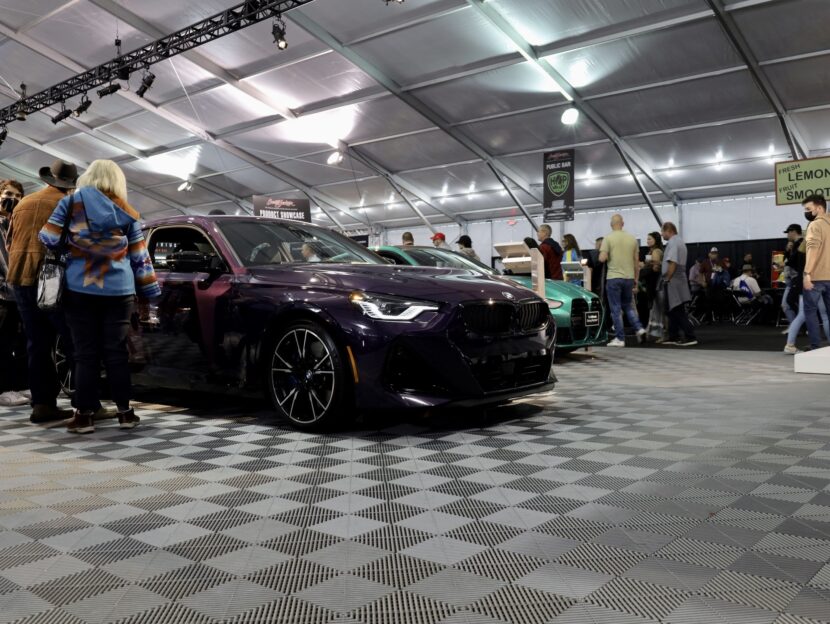 Also popular are the M4 and M3, though our representative has noted that they’ve been less popular than the aforementioned 2 Series. The M3 is presented in a great Individual color – Twilight Purple – with a Silverstone interior. The M4 is hanging out with the Isle of Man Green exterior with black interior, and gets the nifty Driving Assistance Pro Package. Both get the carbon fiber trim.

In the alternative fuel department, we’ve got both the i4 and the iX – and the ever-popular BMW X5 xDrive45e. The i4 shows up in Alpine White – fairly base, surprisingly – offering up really just an iDrive update over any other 4 Series Gran Coupe you would find. But of course, that iDrive update is important – with iDrive 8 featuring two screens with a litany of newly available options. The iX makes an appearance in its Aventurine Red color, mostly loaded and of course featuring the optional iDrive 8.  There’s not much new with the X5 xDr45e – it’s a plug in hybrid version of the same G05 you’ve come to know and love over the last few years. 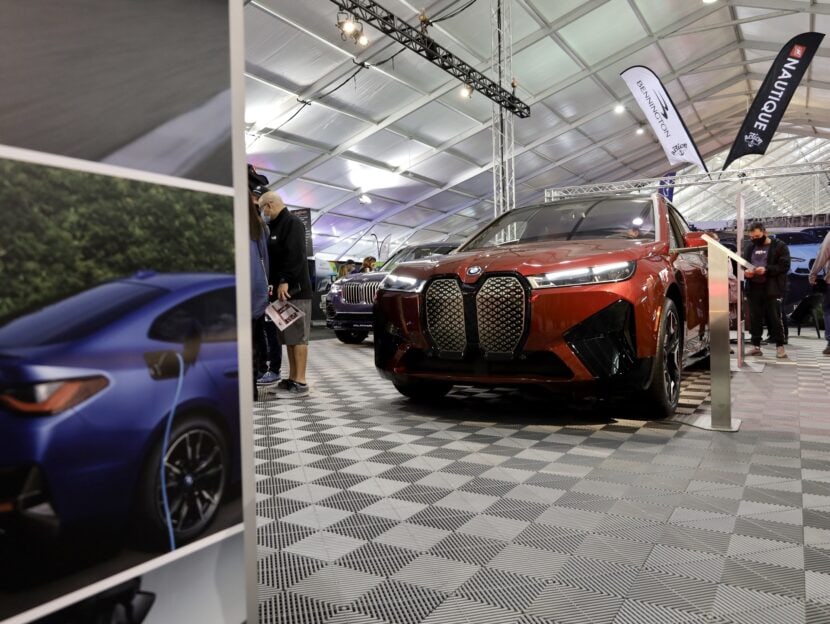 For SAVs, we’ve got the X3 M, the X6 M, and the ALPINA XB7. No wrong answers here – we’ve got Brooklyn Grey, Marina Bay Blue, and ALPINA Blue Metallic represented in the best lighting that Scottsdale can provide. All offer the traditional iDrive 7 we know and love, and all offer AWD and over 500 horsepower. Nothing new here, but seeing and touching the displays and materials in the ALPINA was certainly a unique experience.

And lastly, we’re left with two beautiful executive sedans – the M8 Competition Gran Coupe in Macau Blue, and the M5 Competition in Tanzanite Blue. Both get a light, Silverstone interior and are fully loaded examples, and both are closer to blue than black. The M8 features beautiful carbon ceramic brakes. 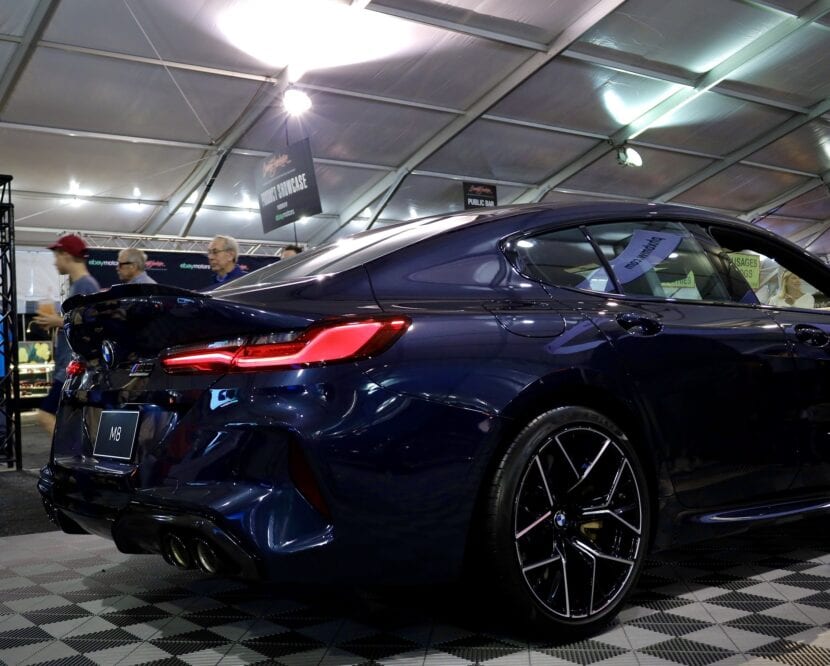 And in the vintage circle, I’m a bit sad to report that the only truly notable options are big names and likely even bigger numbers. No bargains to be had here, with a pristine E34 ALPINA and a very well-preserved AC Schnitzer E32 7 Series. The ALPINA has great looks, a nice five-speed manual, and an ownership experience dating back to Jackie Jouret, a former editor of Bimmer magazine. There’s a handful of vintage BMWs here, too – almost exclusively E30s – but nothing from the M division, so anyone looking for an older M is better off scrounging the internet at BringATrailer or CarsAndBids. 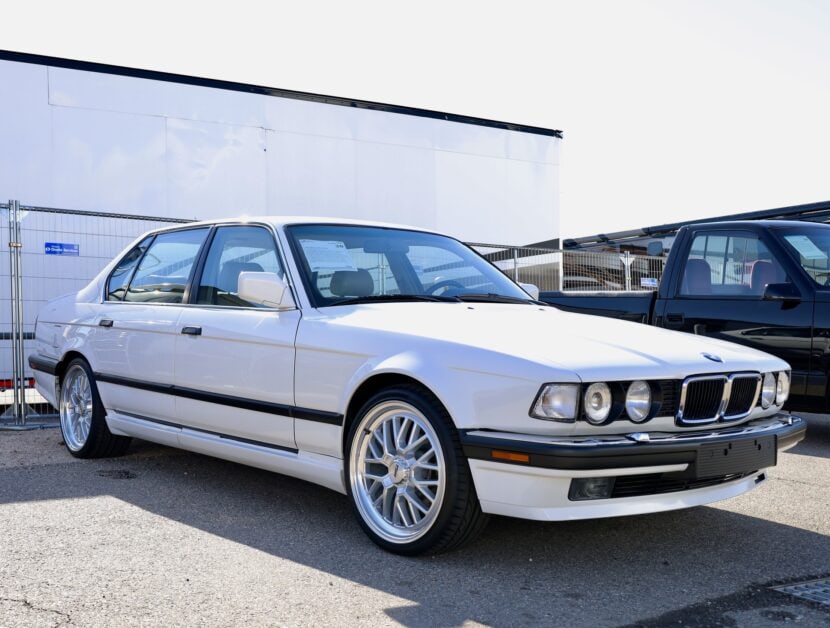 Don’t forget to bid online – or make the venture down south to Scottsdale, Arizona – if any of these dreams are resonating with you. And even if they don’t – Barrett-Jackson is a great time with tons of activities both inside and outside the car enthusiast world! With so many different options at your fingertips, I’m not sure what I’d have for my money – what about you? 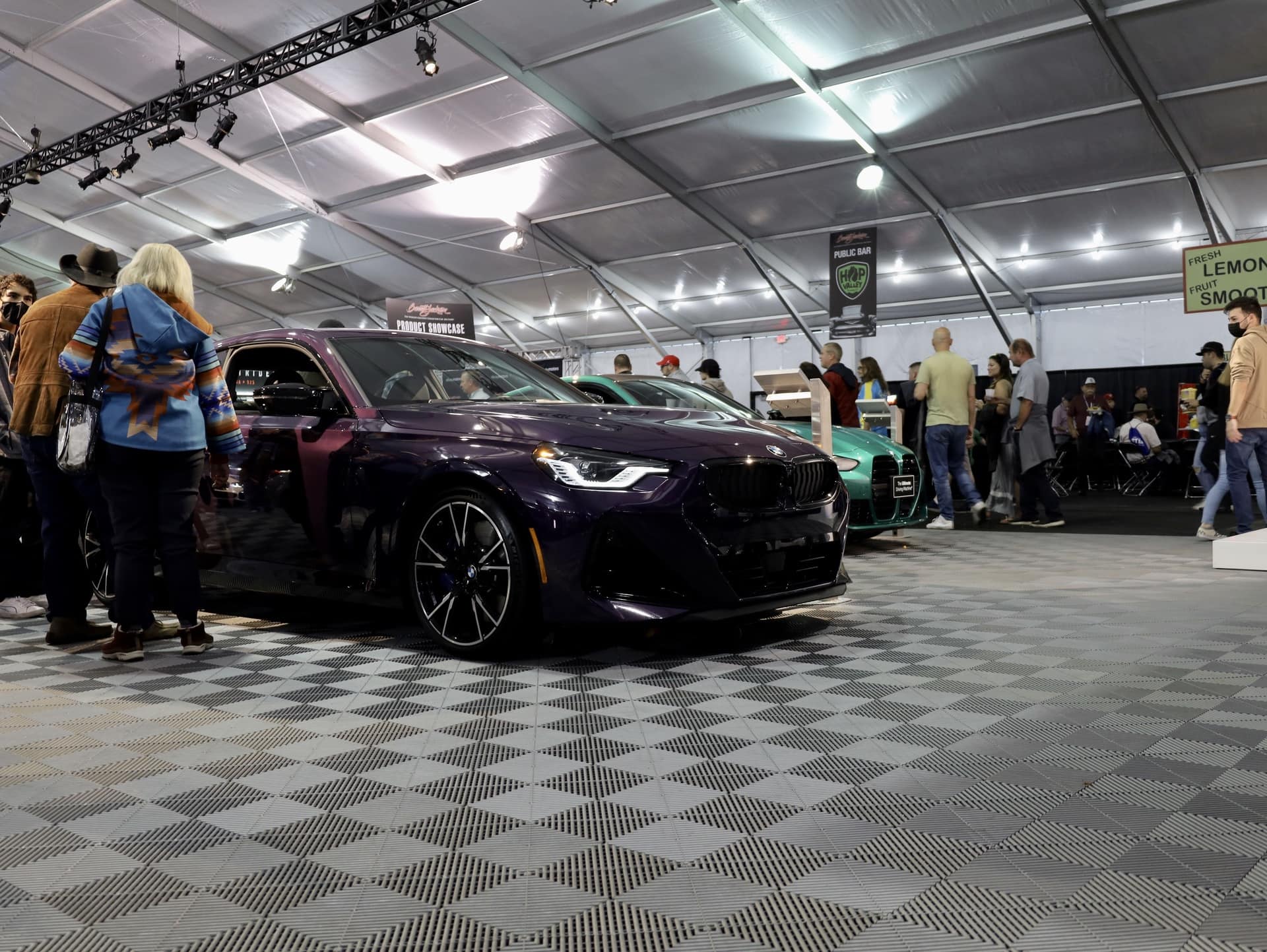 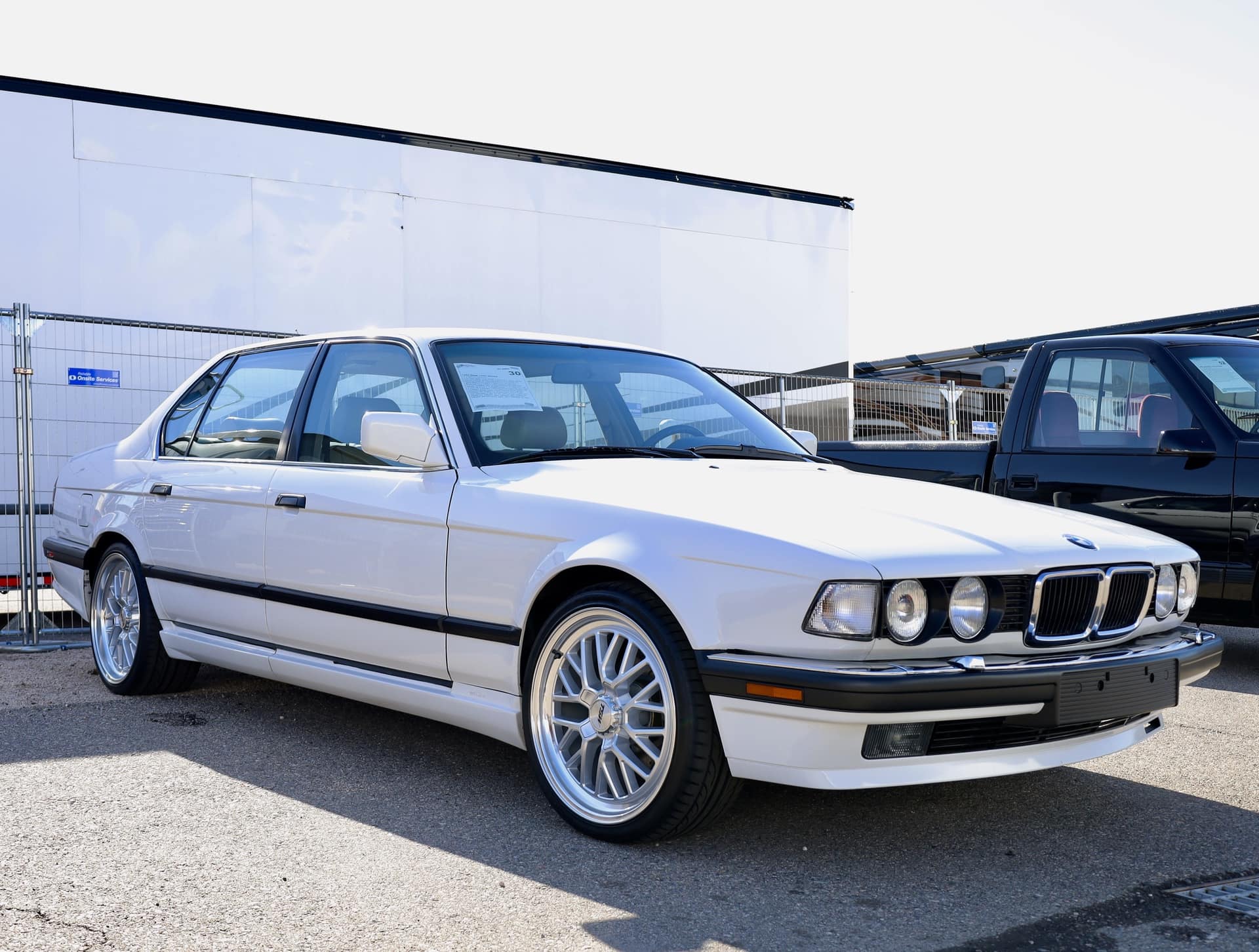 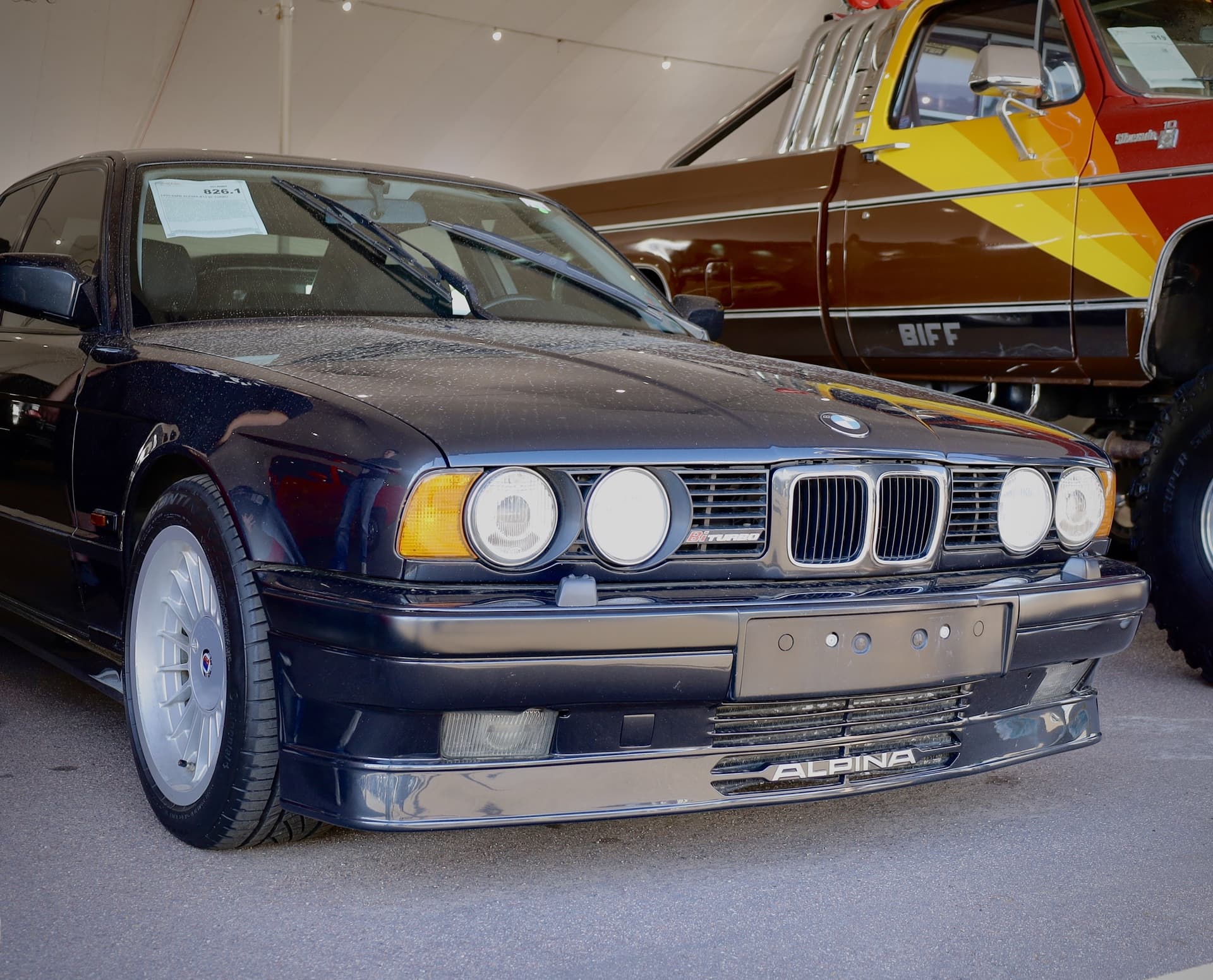 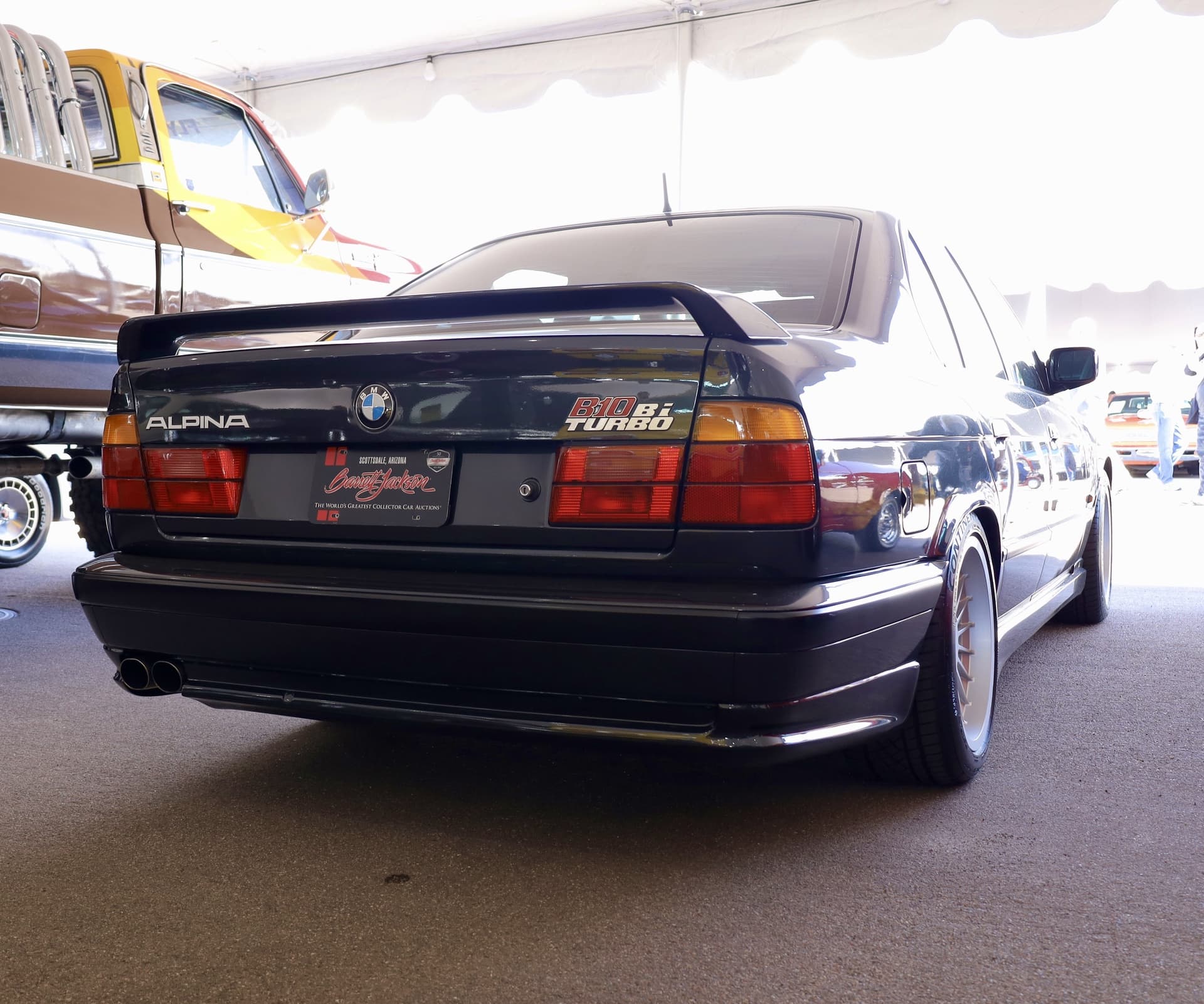 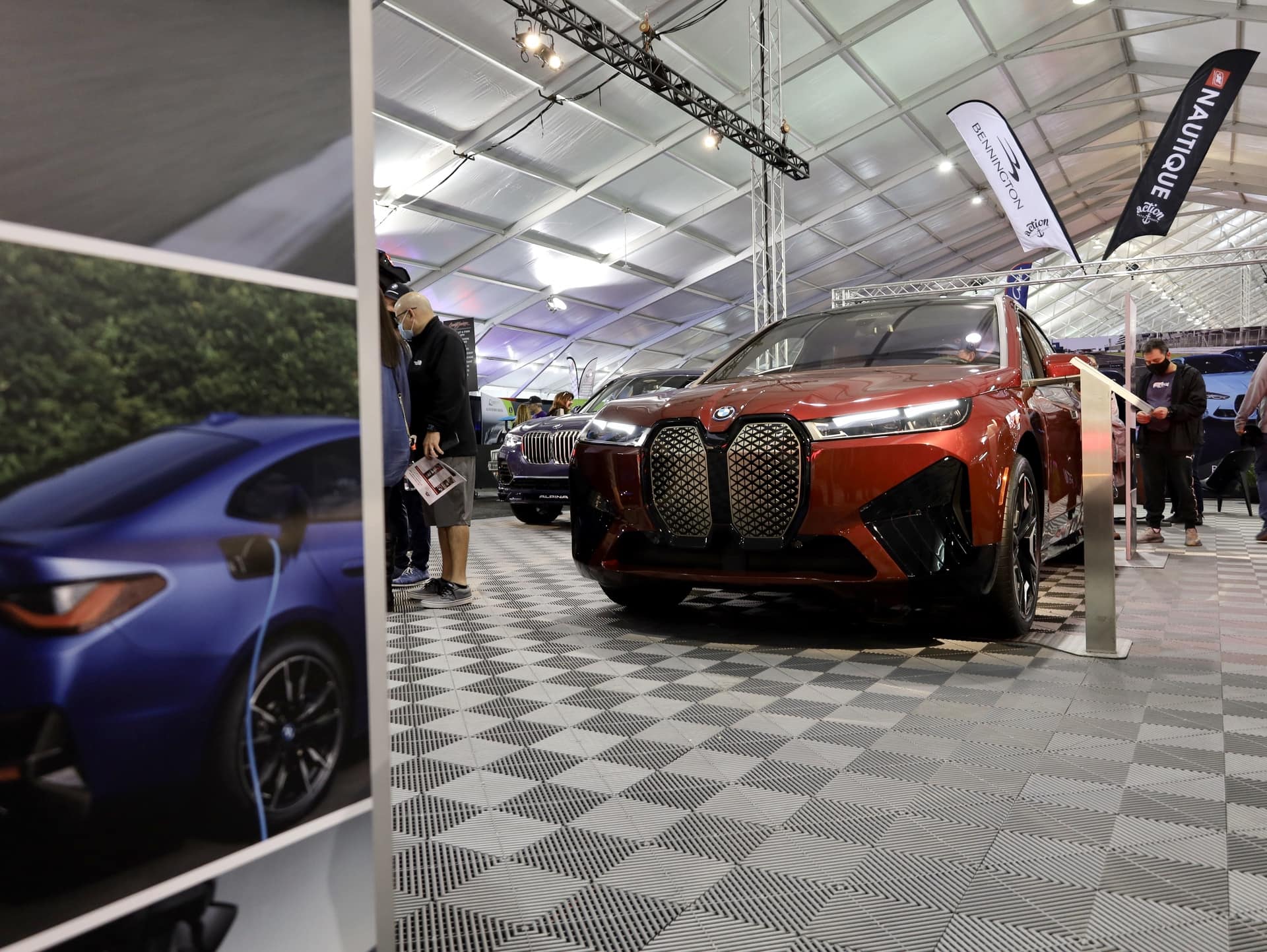 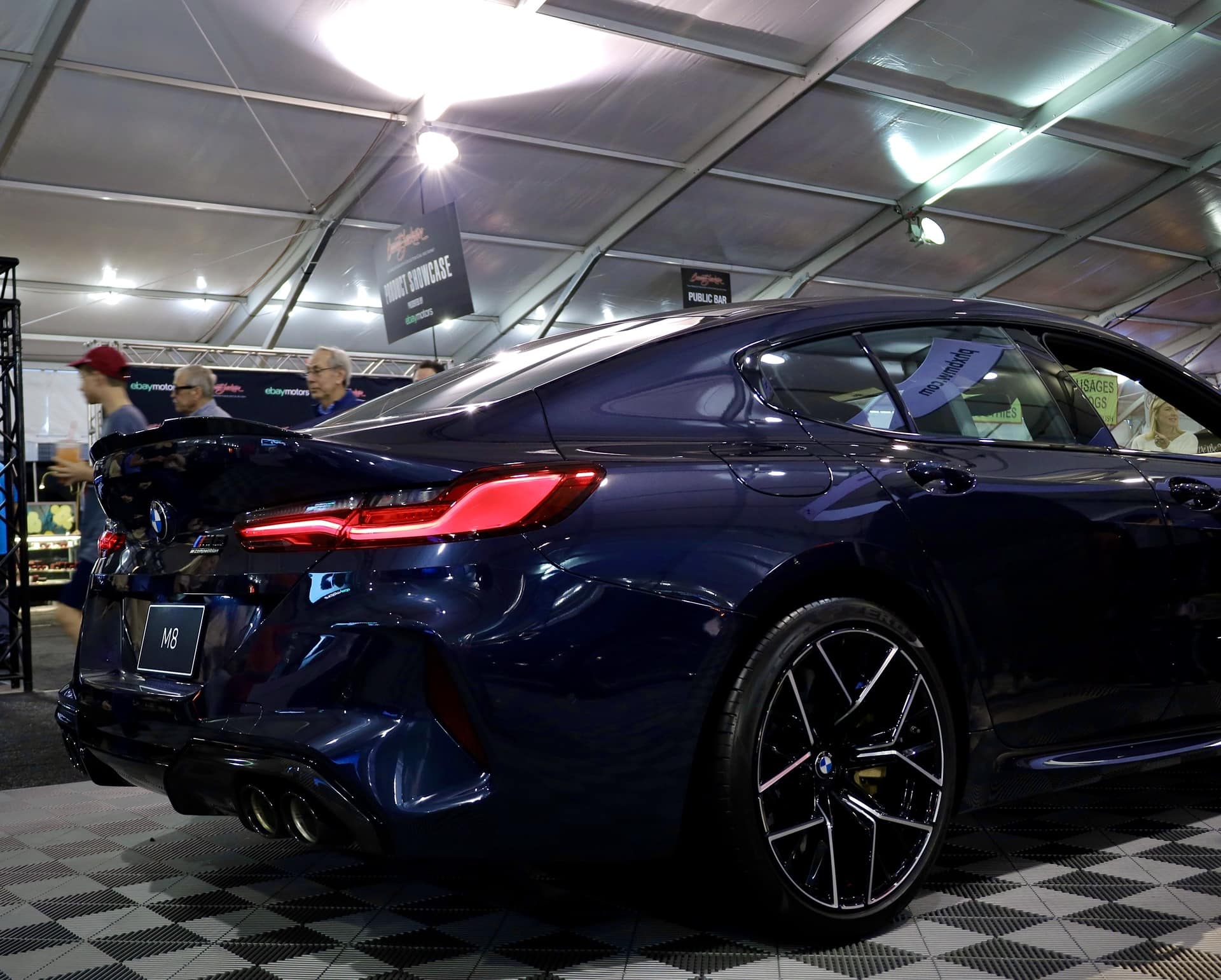 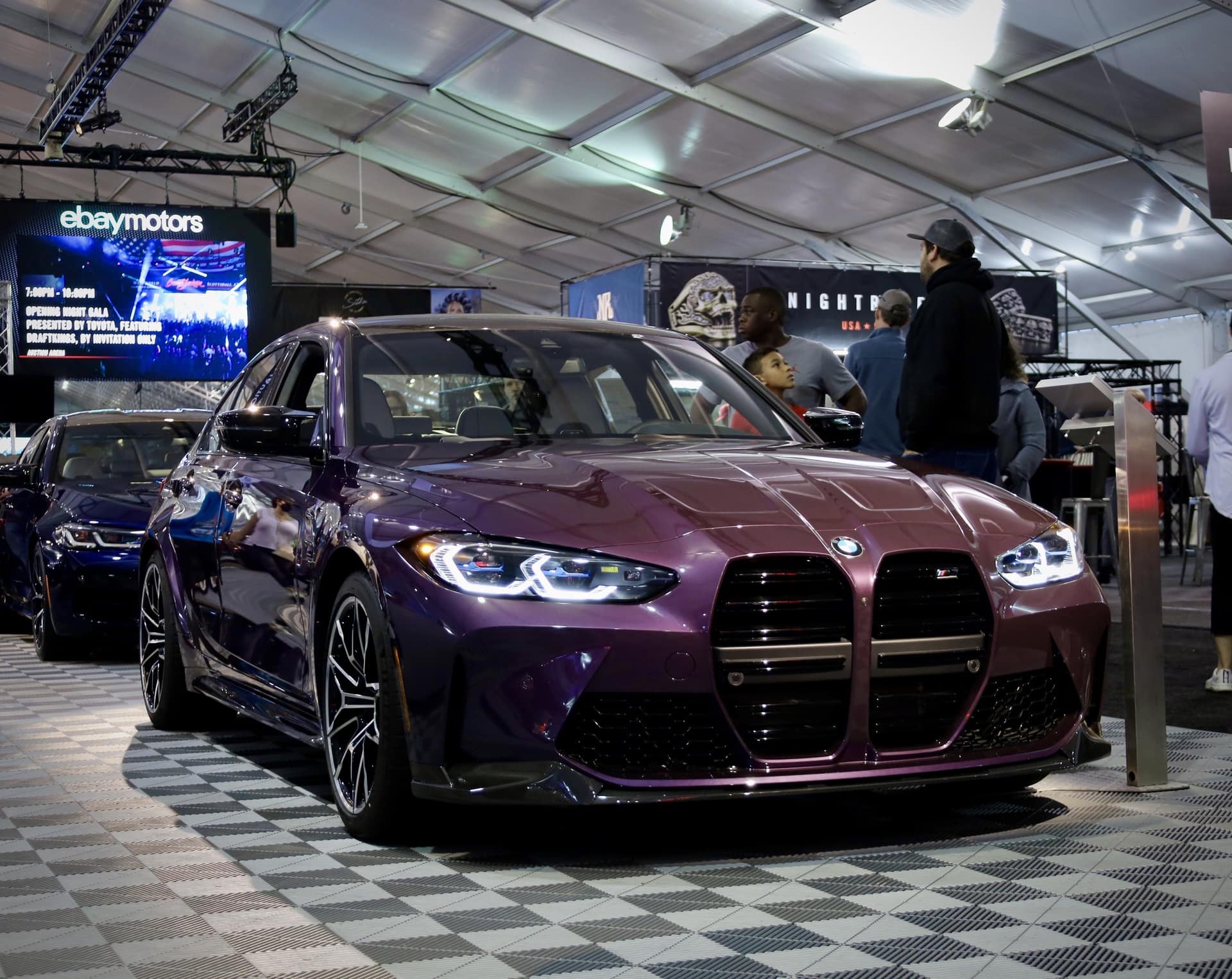 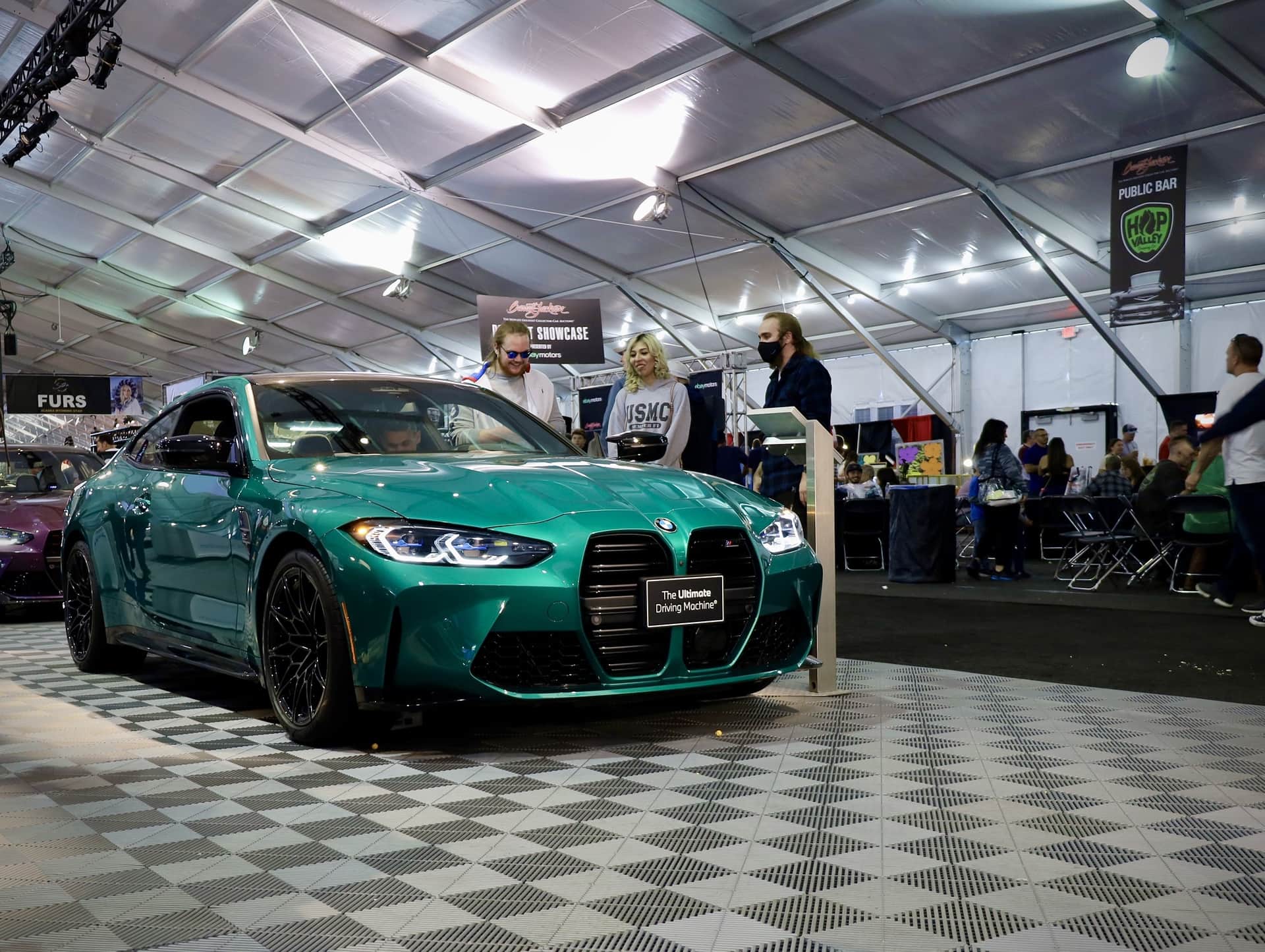