It’s always refreshing to see an old car in great condition, not just visually, but also mechanically. Despite being nearly a quarter of a century old, this BMW 5 Series Sedan from the E39 generation is a veritable Bavarian time capsule thanks to five previous owners who all took great care of it in the last 24 years.

The Aspen Silver body is borderline immaculate, and so are the 15-inch wheels and the engine bay. Even the interior with its delicate Montana gray leather still looks great with minimal signs of wear and tear, further showing the car has been in good hands all these years. It doesn’t have even an ounce of rust and even has the complete tool and first aid kits in perfect condition. The best part? It’s only done 20,600 miles (about 33,100 kilometers).

YouTuber furiousdriving had the opportunity to get behind the wheel of the midsize sports sedan and take it out for a spin, not before showing how well-preserved the 5er is both inside and out. Sure, being a “lowly” 523i, it’s no V8-powered version, but there’s still quite a lot to love about this UK-spec 5 Series in the SE specification equipped with the optional five-speed automatic transmission. 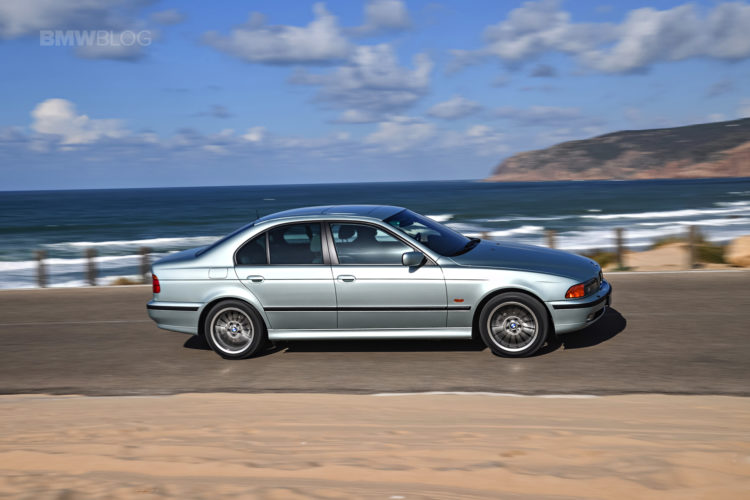 Coming from an era when BMW’s build quality was top-notch, the car is equipped with a silky smooth inline-six engine featuring a 2.5-liter displacement. The reviewer says that despite not having the more desirable V8, it pulls strongly and feels nimble with sharp steering thanks to the engine’s lower weight. The rev-happy powertrain still makes the car feel substantial and peppy, even more so with the five-speed manual gearbox.

The M52 made 168 horsepower and 181 pound-feet (245 Newton-meters) of torque back in the day, which are more than decent figures for that era. In addition, the inline-six is known for being one of the most reliable BMW engines, so it’s no wonder the car with its “factory fresh” look listed by Stone Cold Classics has already been sold. Price? £8,450 (about $11,200 at current exchange rates).