Gone but not forgotten, the F80-generation BMW M3 is perhaps even more desirable now than before, at least in the eyes of some enthusiasts who simply can’t get used to the controversial new front grille design of the G80. The previous-gen sports sedan featured here is a bit more special as aside from its carbon-fiber roof and manual gearbox, it packs an extra punch underneath the hood.

The twin-turbo S55 engine with its inline-six 3.0-liter displacement no longer produces the stock 431 horsepower and 406 lb-ft (550 Nm) as it has been massaged to 550 hp and 575 lb-ft (780 Nm). Details about how the significant power gains were obtained have not been disclosed, but we’re fairly certain a few extra ponies were extracted courtesy of the custom exhaust system also enabling a wonderful soundtrack in the process. 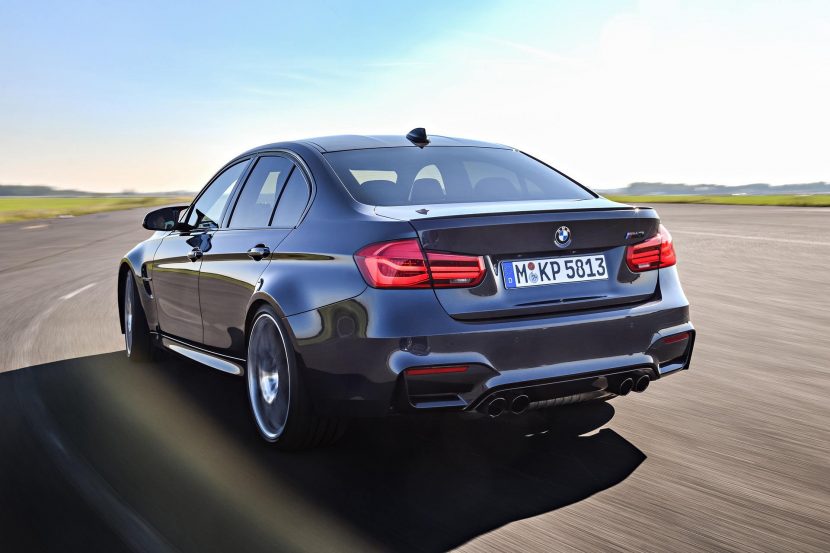 The main idea of this video recorded by YouTuber AutoTopNL is to give the M3 Sedan the proverbial beans by taking it to the Autobahn in Germany on one of the remaining unrestricted sections of the glorious highway. It sounds quite aggressive even when the engine is idling, but the real magic happens after 6,000 rpms. The driver has no issues with revving the engine up to just under 8,000 rpm, allowing the S55 to sign its tune.

With an empty patch of road ahead, the M3 had enough space to stretch its leg and effortlessly raise the speedometer’s needle up to 310 km/h (193 mph). Enjoy these sections of the Autobahn with no speed restrictions while you can as some high-ranked people in Germany insist there should be limits. Even the majority of the population feels the same way, per a recent poll by public broadcaster ARD showing 60% of the country is in favor of enforcing speed limits.

Getting back to the car at hand, the engine pulls strongly across the wide rpm range and makes us wonder what sort of tune the car has received. Given the important boost in output, it seems highly probable that we’re dealing with more than just a simple stage 1 kit.