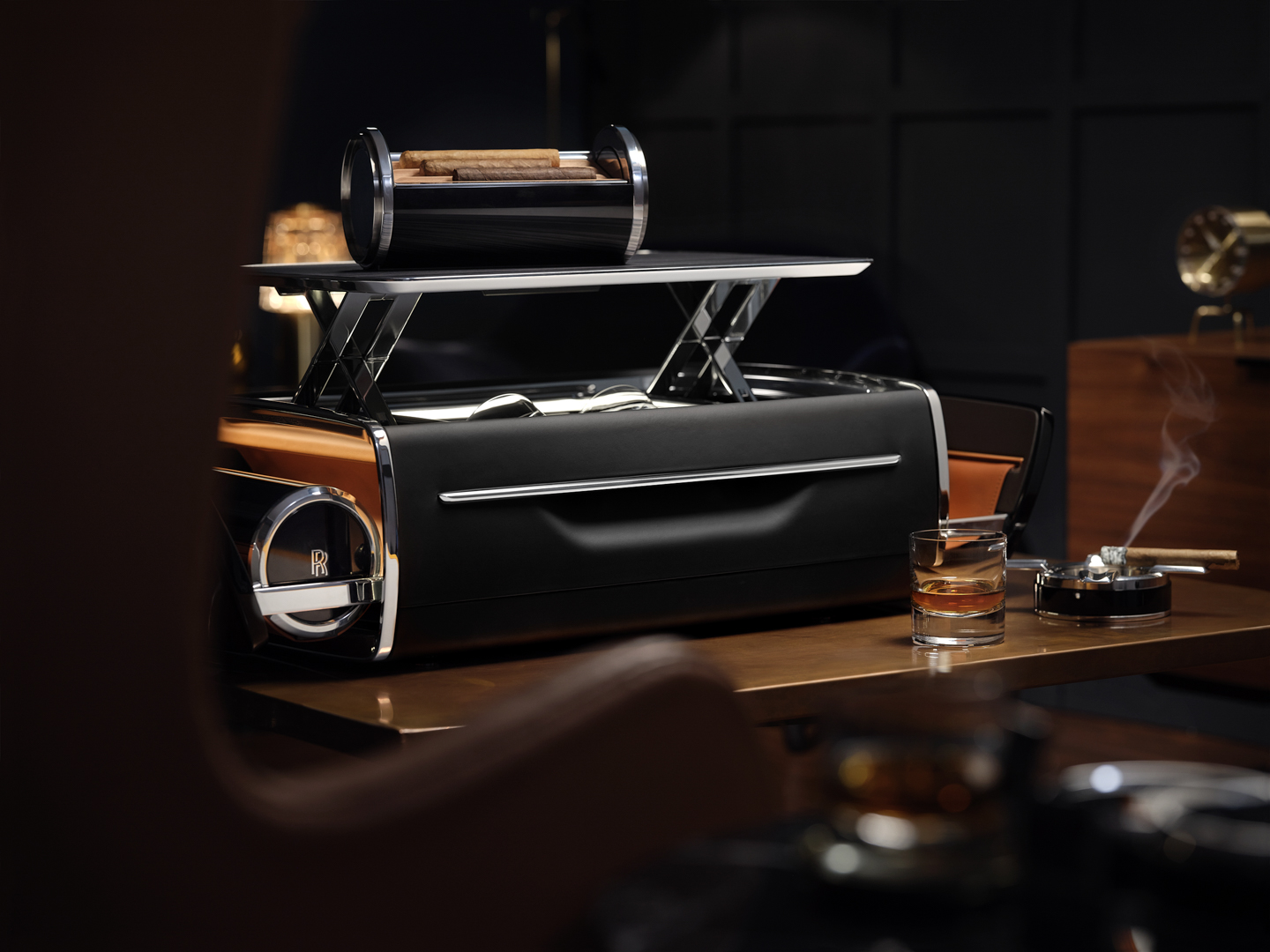 I’m not the type to be impressed by overly flashy luxury-branded objects. I’m also not one for cigars, although I’ll enjoy a nice whiskey whenever I get the chance. However, this bespoke whiskey and cigar box from Rolls-Royce is annoyingly cool and I sort of want it.

Without trying too much to sound like Alanis King’s Car Man, there is something very cool about having a leather-lined box with gorgeously machined metal cylinders that pop out, with whiskey and cigars inside. I don’t even smoke cigars but this box makes me want to own some. 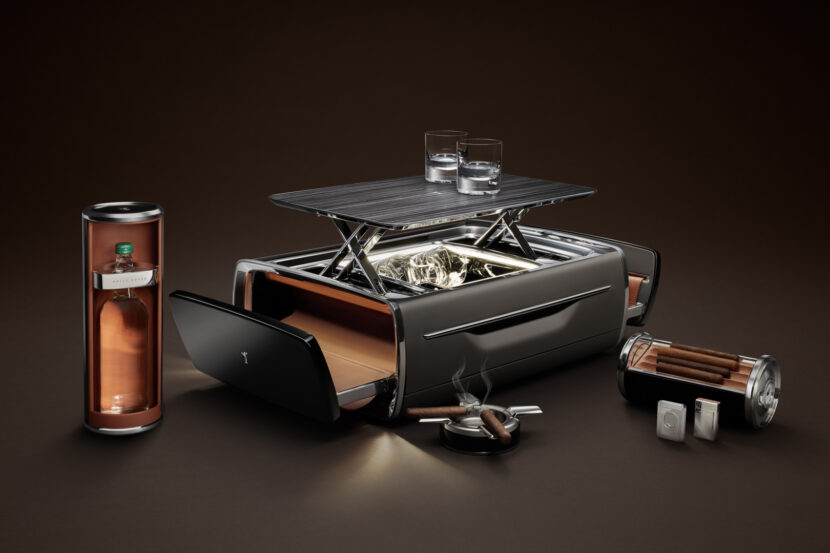 It’s called the Rolls-Royce Cellarette and it costs $61,085. Let me write that again, just so you know it wasn’t a typo. It costs $61,085. I copy and pasted that price from the press release because typing it out made such a price seem impossible, so I wanted to make sure it was right. For reference, that’s more money than a BMW M340i, more than a base-model Porsche Boxster, only a few thousand dollars less than a C8 Corvette Z51, and worth more than every car I’ve ever owned combined. Times two. For a box not much bigger than an American football…

Admittedly, it’s a lovely box. It’s made from a polished aluminum chassis, it’s wrapped in Rolls-Royce Havana leather, and even features Obsidian Ayous open pore veneer on its expanding tray table. As the Cellarette opens, a soft light gives off a warm glow, as a “RR” embellished, Armagnac leather-lined whiskey bottle holder and hand-blown low-ball glasses are presented. The compact, cylindrical humidor is also admittedly quite impressive, just due to its size and Spanish cedarwood interior. Also, magnetically held at either end are a lighter and cigar cutter, made by S.T. Dupont, Paris. 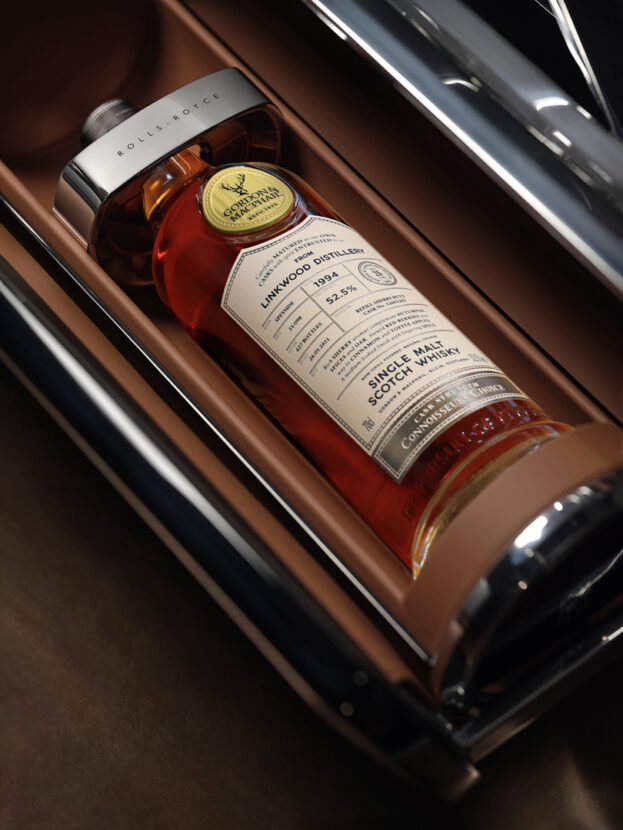 The craziest part about the Cellarette is that its $61,085 price is actually its starting price. Clients can tailor their Cellarette to be as bespoke as they’d like. I can’t even imagine how high the price for a bespoke Cellarettes can go but, then again, if you have to ask how much it costs… 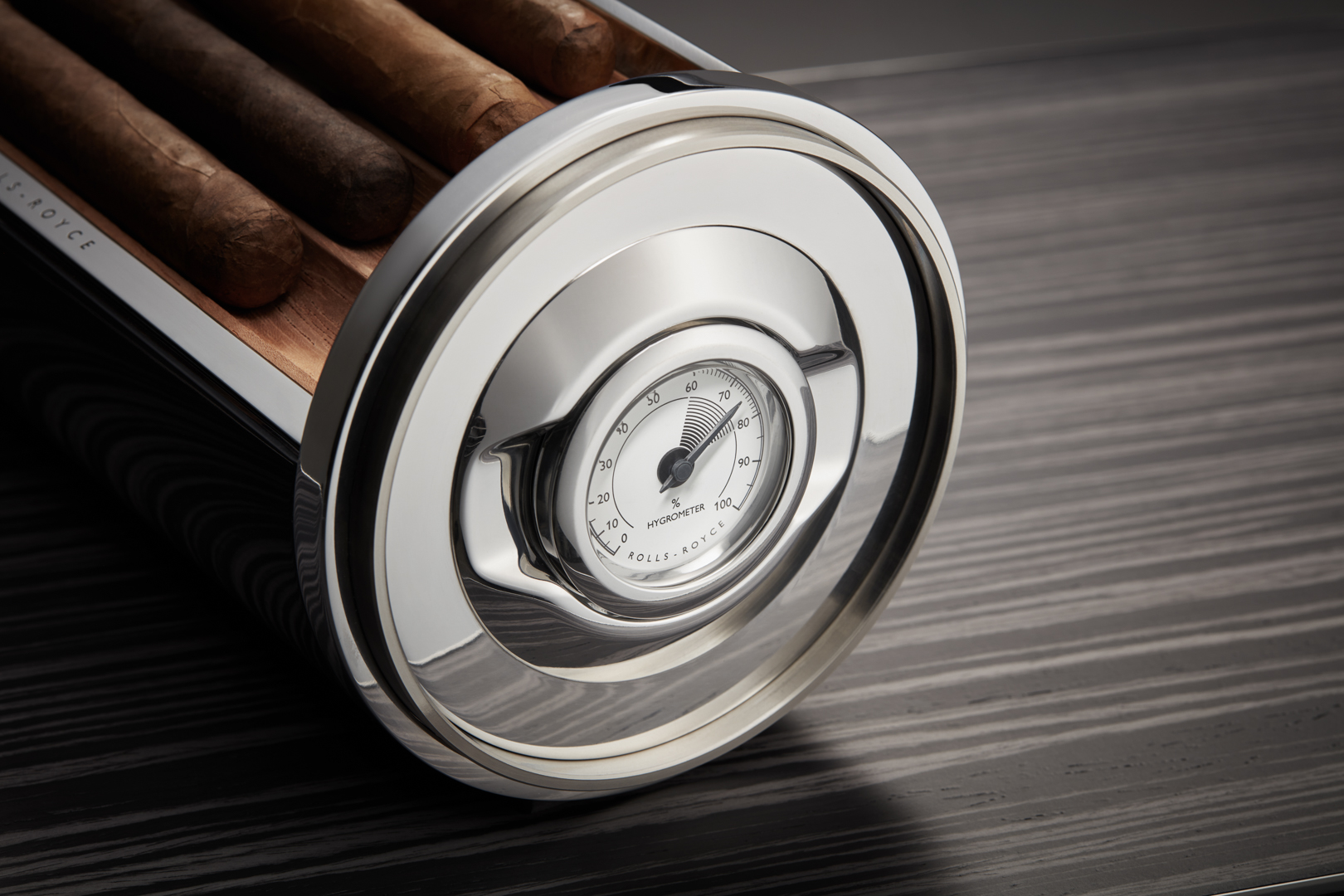 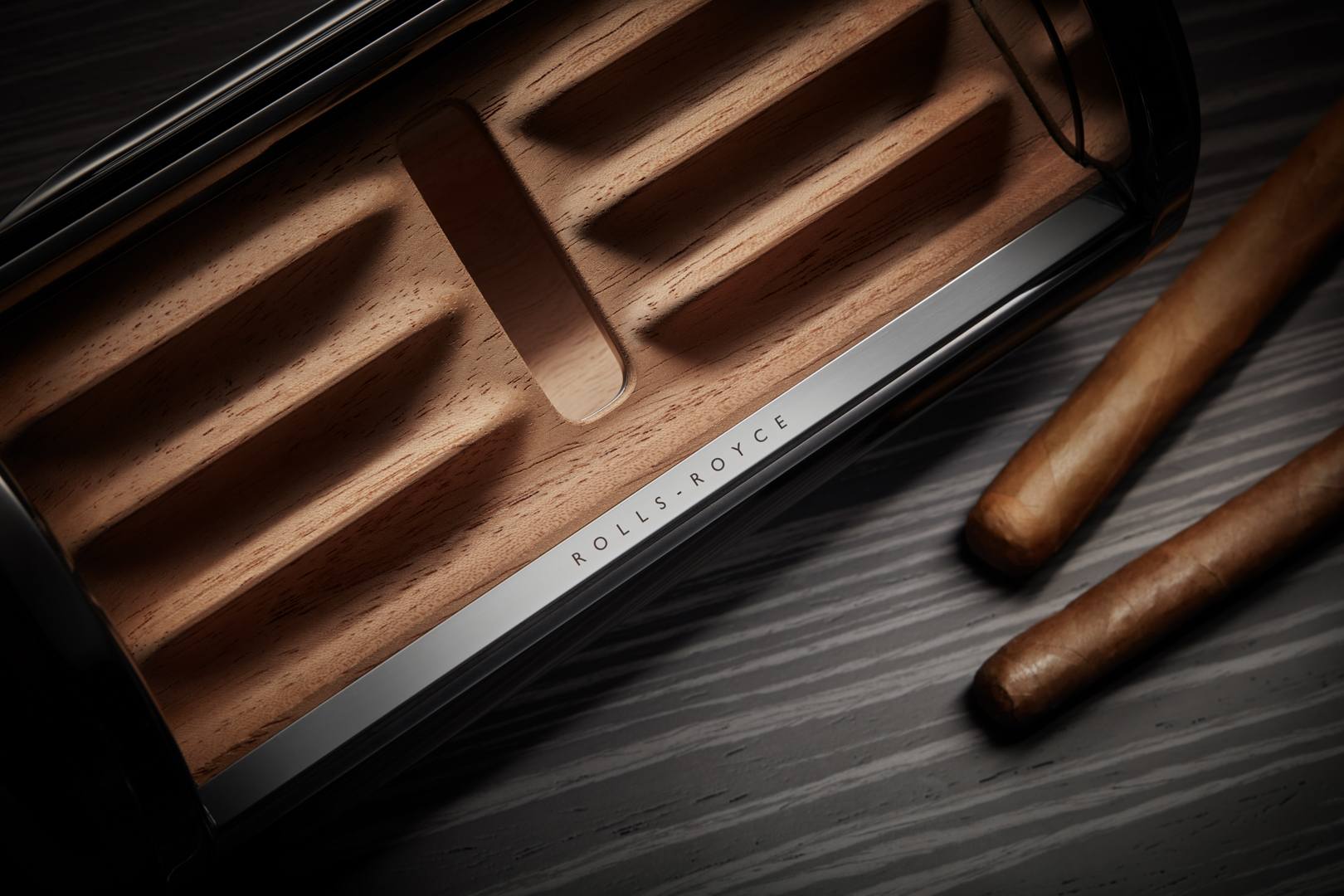 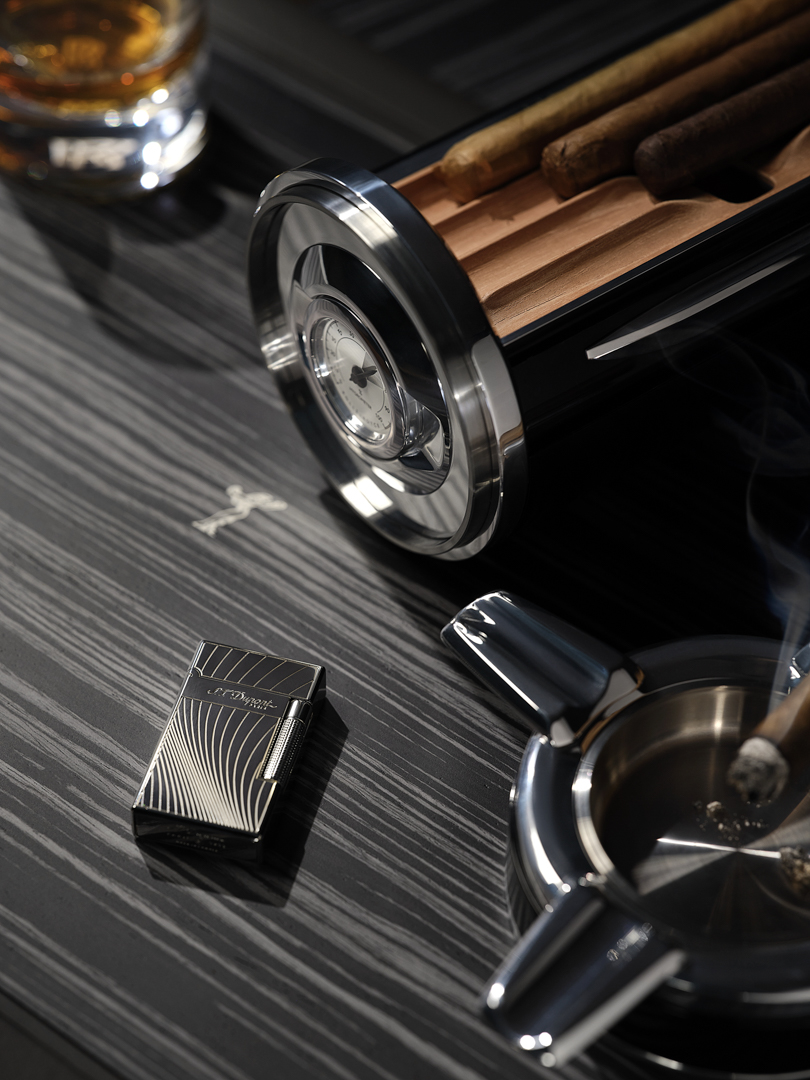 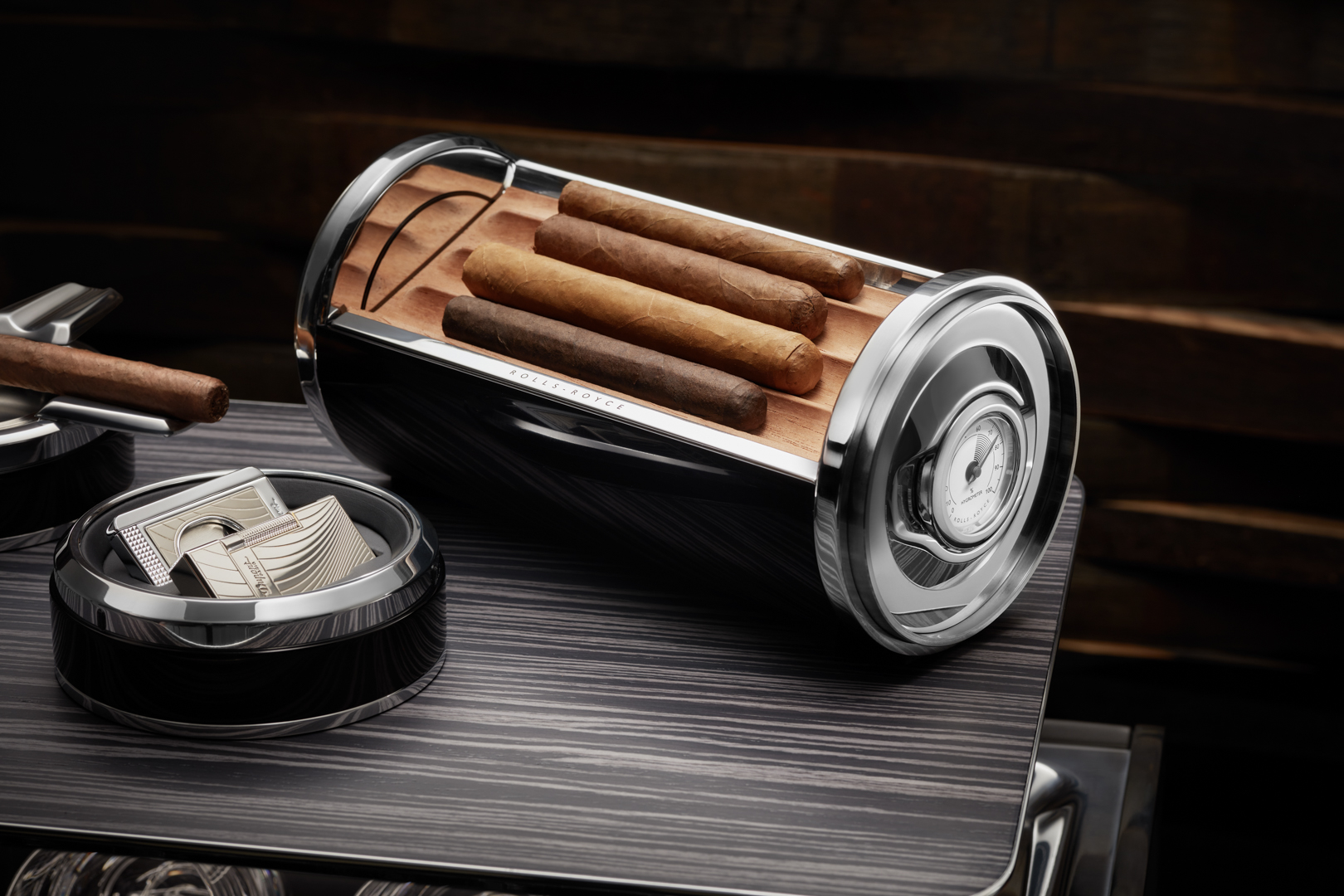 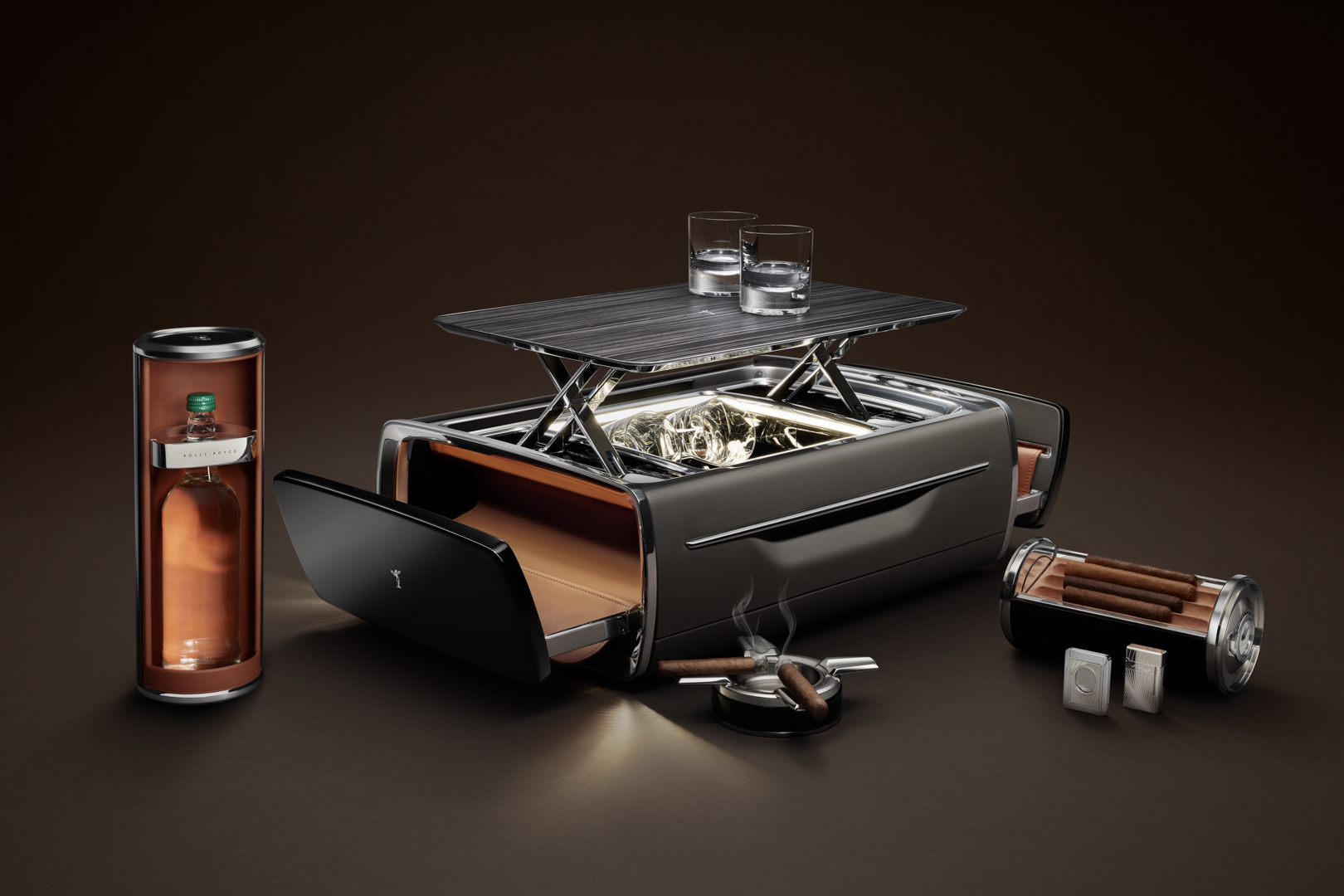 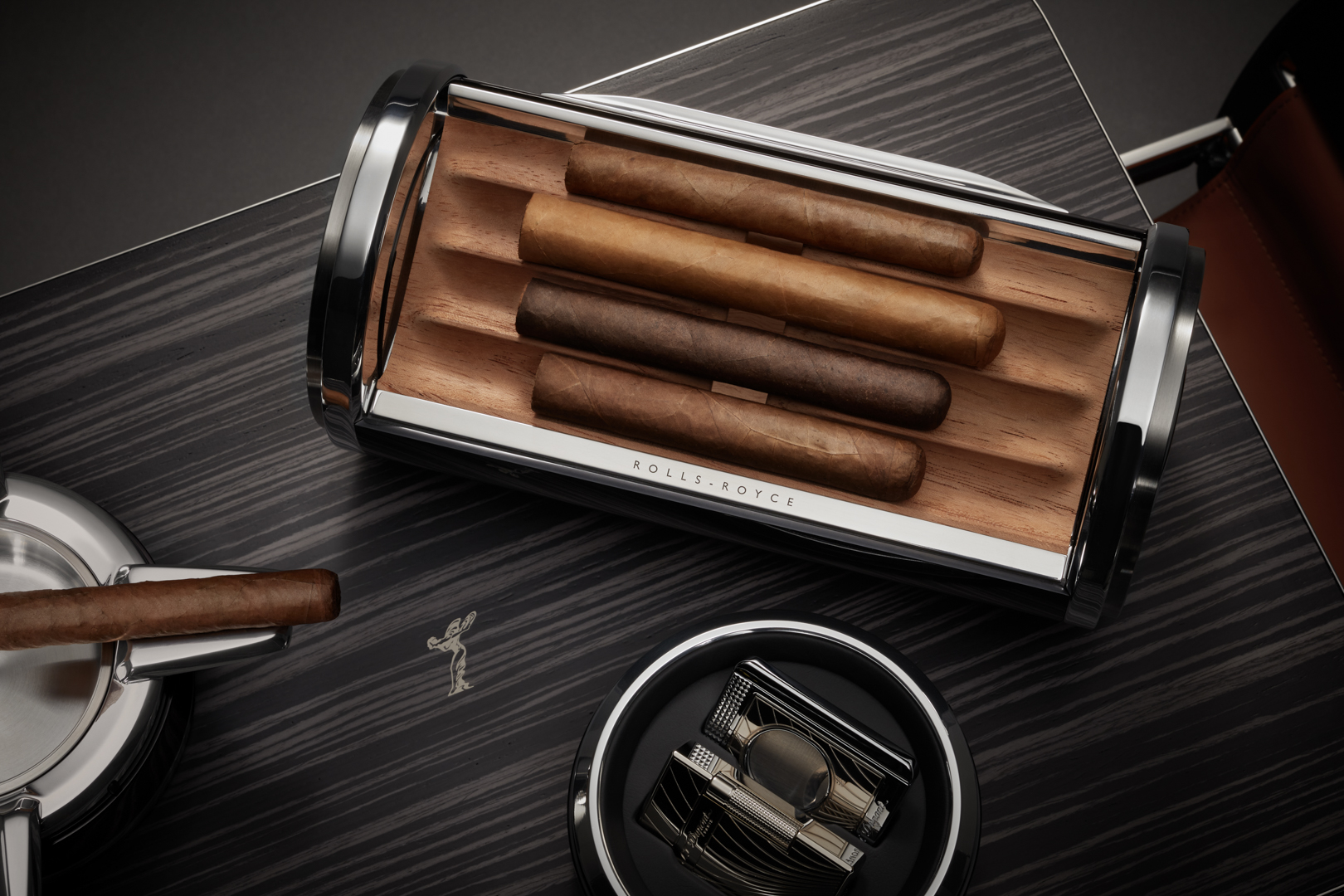 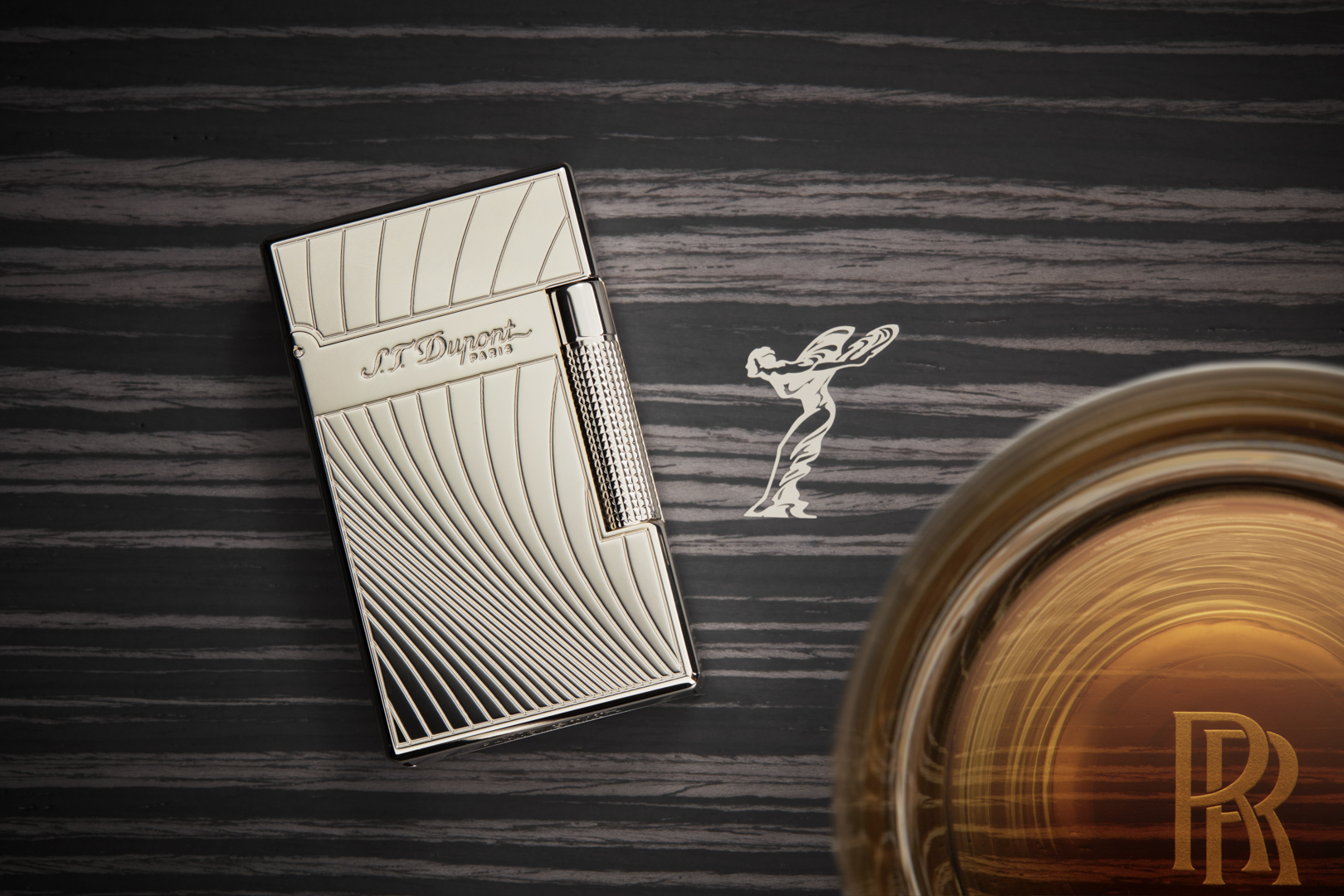