BMW prepared an air stunt for the US Ryder Cup opening 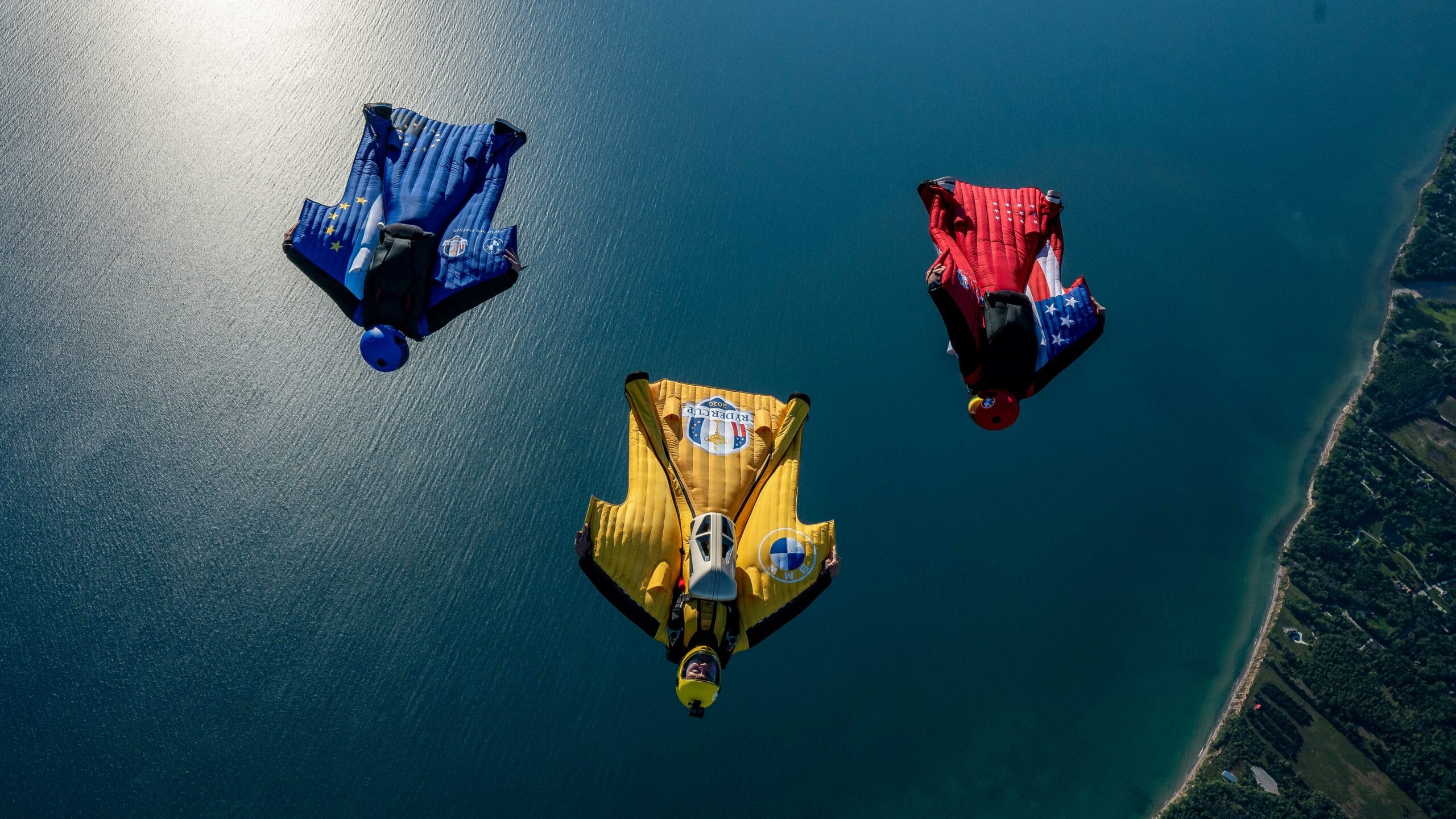 BMW has been a long-time partner of golfing competitions, sponsoring several and even having its own Open. The 43rd Ryder Cup is no exception and the Bavarian company wanted to try something new for a change, at its opening ceremony. Therefore, a spectacular aerial stunt was set up with the help of Designworks and the BMW iX. How did it all come together and what could Designworks have to do with such a feat?

The BMW subsidiary is specialized in designing all sorts of things, from future spacecraft, to airplane cubicles and even metro trains. Designworks specialists were responsible for creating a special case for the Ryder Cup. This case was then attached to the wingsuit of legendary pilot Peter Salzmann, who delivered it by air, descending from over two miles above in the process. The trophy was then driven to the opening ceremony in the BMW iX. 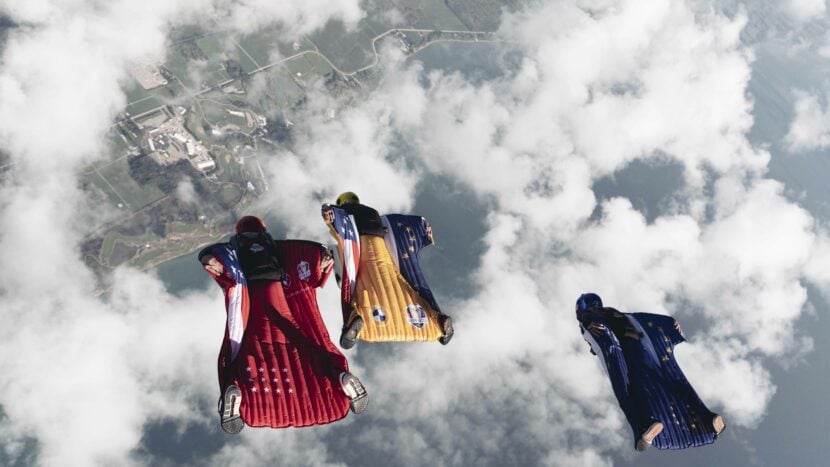 “The Ryder Cup is of significant importance in the golfing and sporting world,” said Stefan Ponikva, Vice President Brand Communication and Brand Experience BMW Group. “This contest casts its spell over the competitors and teams, just as it does the enthusiastic spectators at the course and the many fans watching from the edge of their seats all over the world. To acknowledge the prominent position of this competition, and to celebrate the premiere of BMW as Worldwide Partner of the Ryder Cup, we wanted to make the arrival of the trophy particularly special. To do so, we created a unique case for the trophy, which is both innovative and representative.”

The stunt involved a helicopter, that took Salzmann and his team up to an elevation of about two miles. Two minutes later, after flying at a top speed of nearly 143 mph, the Austrian wingsuit pilot arrived safe and sound, with the trophy attached to his suit, to kick off the Ryder Cup in style.

The trophy case consists of an outer aluminum frame and a 3D-printed space frame capsule with large gaps, allowing the Ryder Cup trophy to be seen, even when closed and during the flight. The case can be attached to the interior skeleton of the wingsuit just as quickly as it can to a wall, with the opening mechanism similarly found on a wing door. 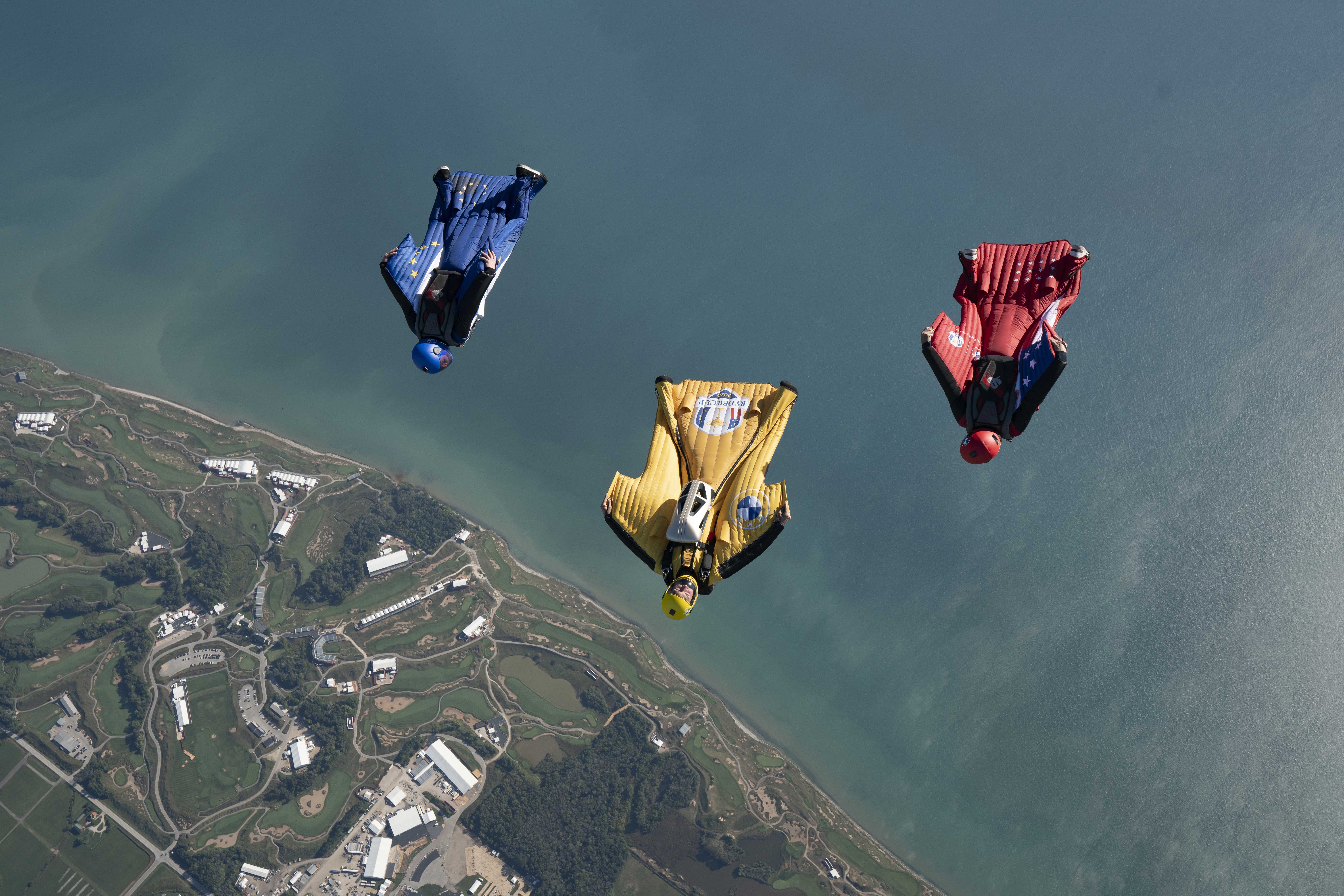 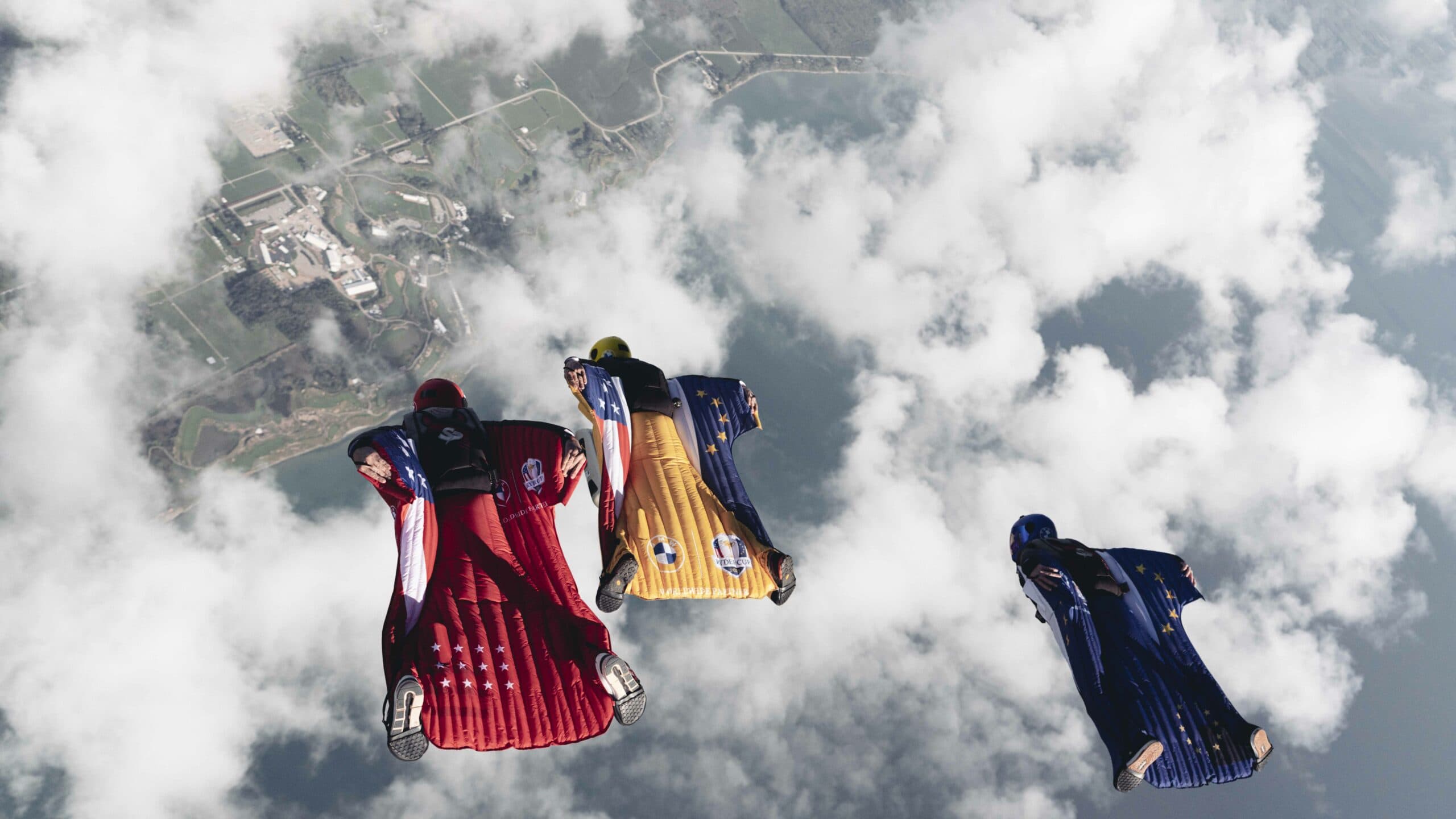 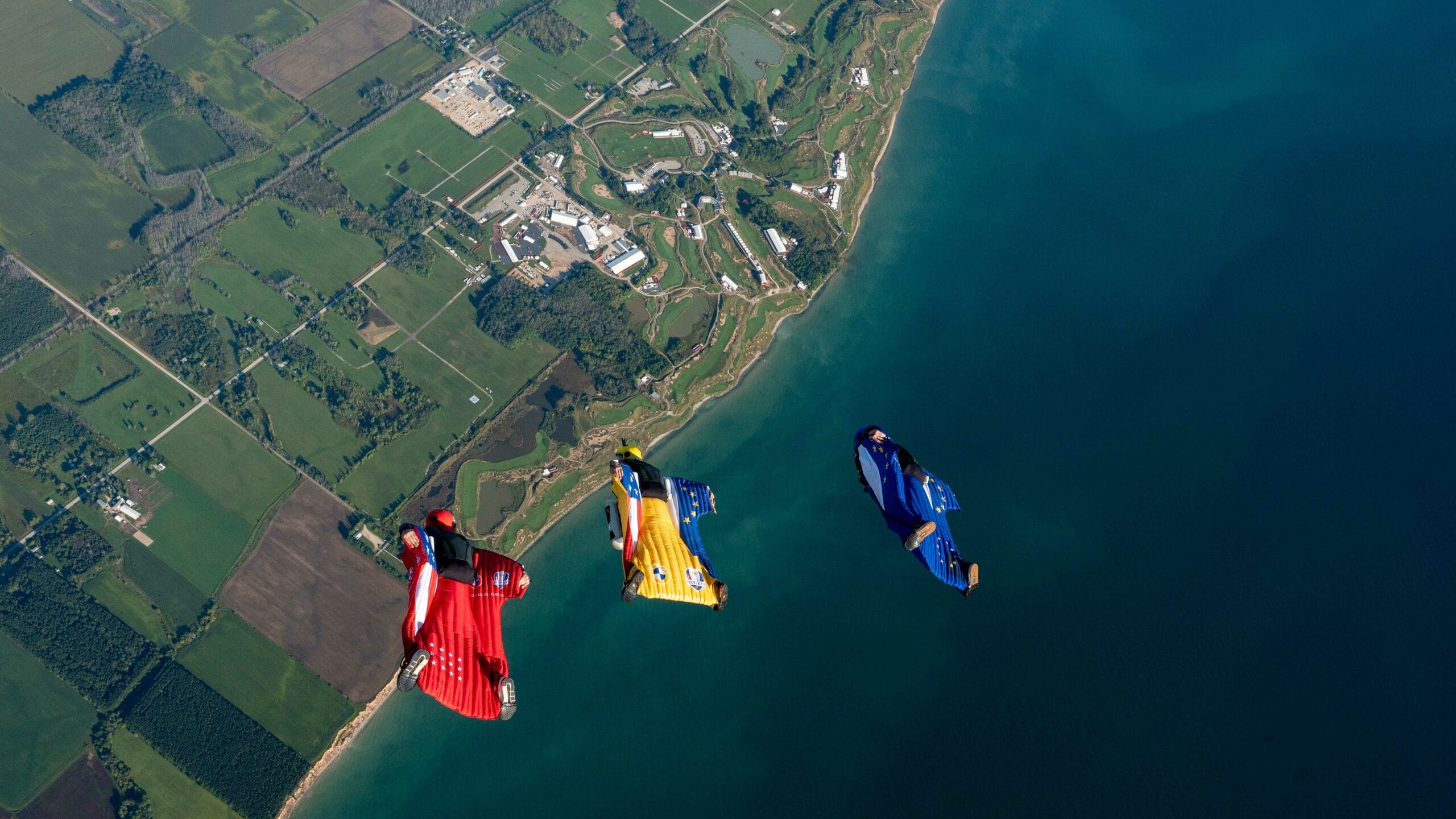 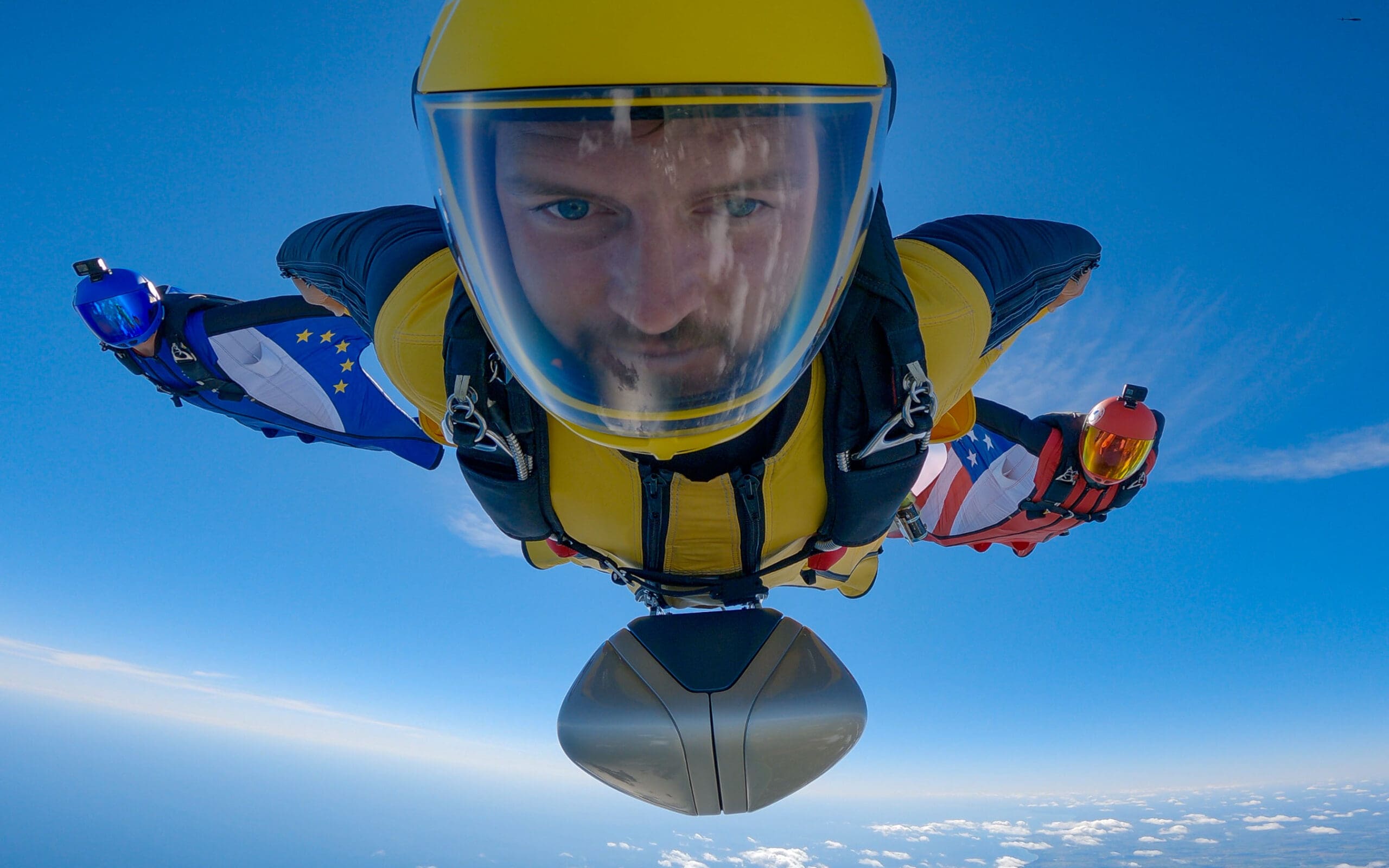 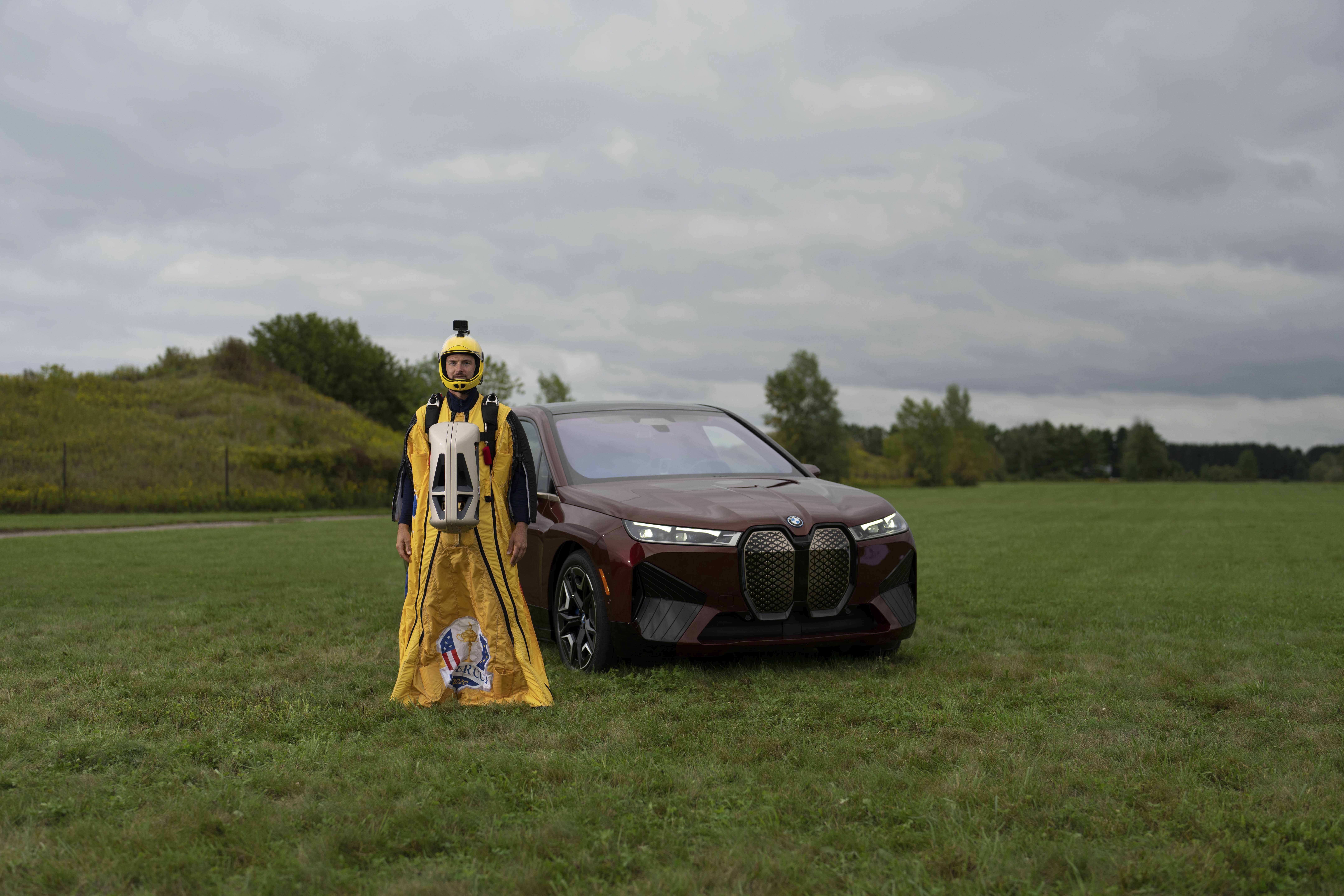 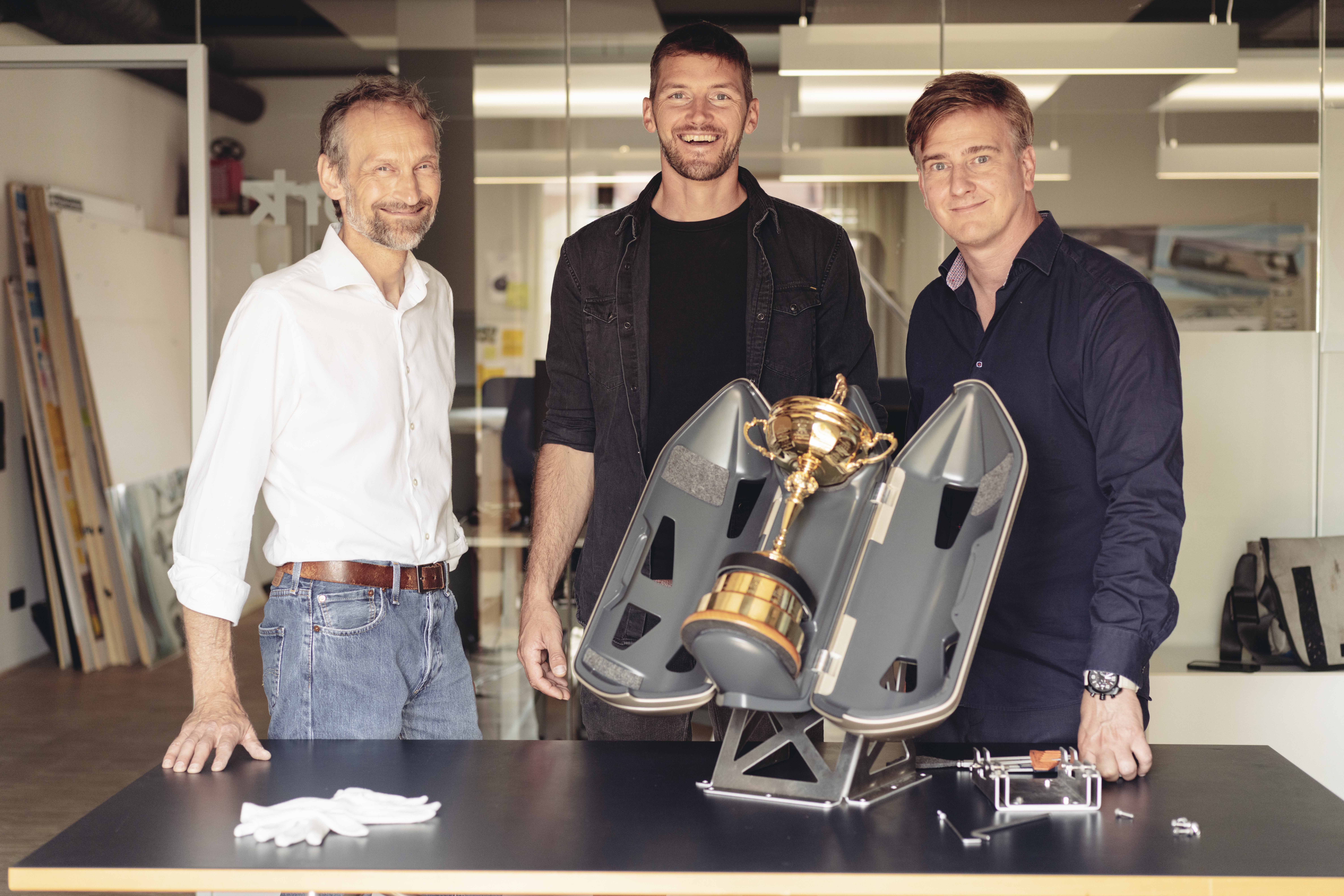