Home » News » Can the Cadillac CT5-V Blackwing Really Take Down the BMW M5? 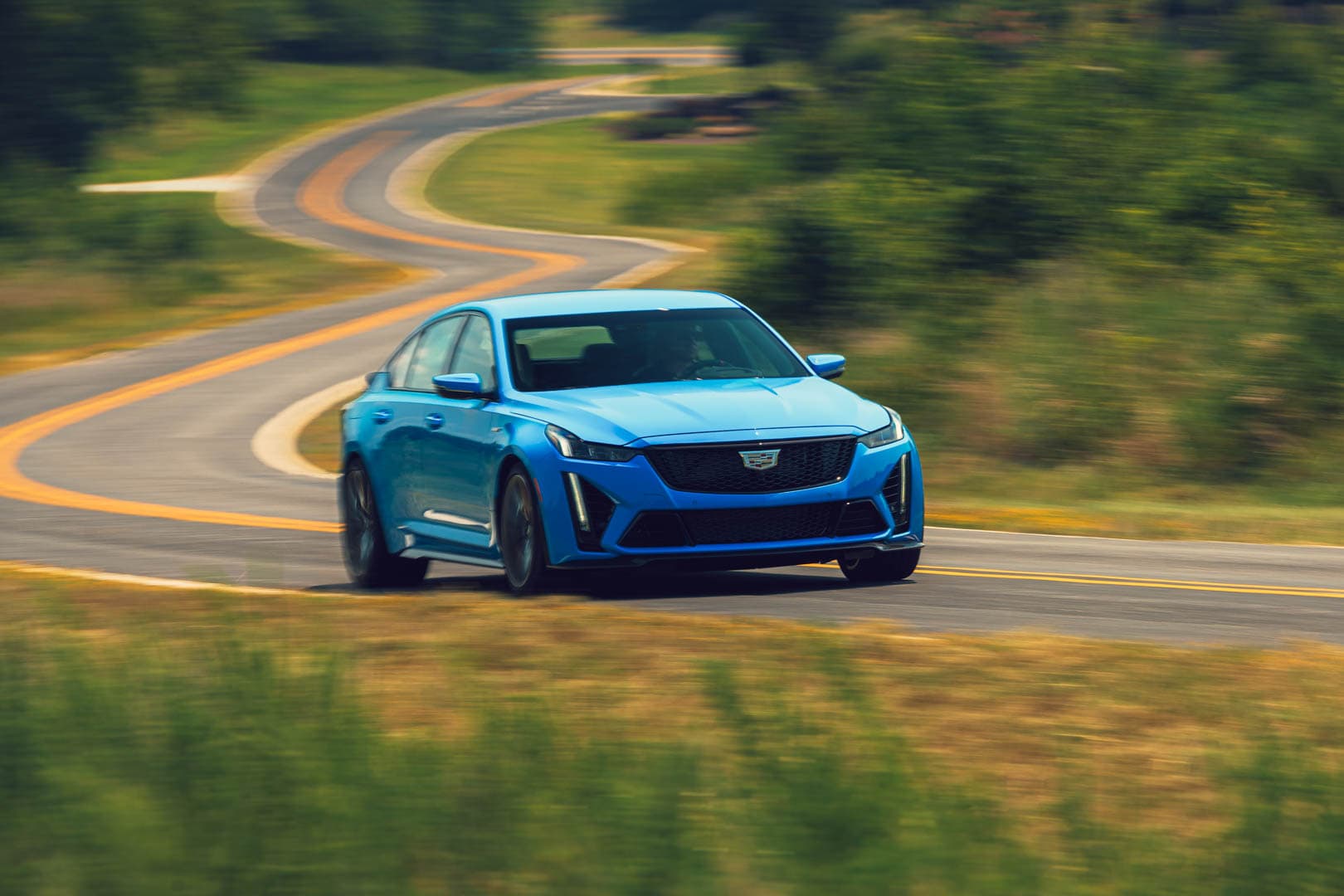 Just last week, the Cadillac CT4-V Blackwing made its official debut and the embargo on its driving impressions was lifted. We therefor were able to learn about the CT4-V Blackwing, to see if it had what it took to take on the BMW M3 Competition. Now, there’s another high-performance Caddy and it’s coming for the bigger, more powerful BMW M5 — the Cadillac CT5-V Blackwing — and it brings a bazooka to a gun fight.

There’s so much more to a great performance sedan than its engine power. However, Cadillac made very sure that its CT5-V Blackwing didn’t suffer in that category. Under its hood lies a 6.2 liter supercharged V8 that makes 668 horsepower and 659 lb-ft of torque. In more exact, scientific terms, it has a metric shit-ton of power. Cadillac engineers surely wanted to make sure it packed more of a wallop than its Bavarian rival and it does. 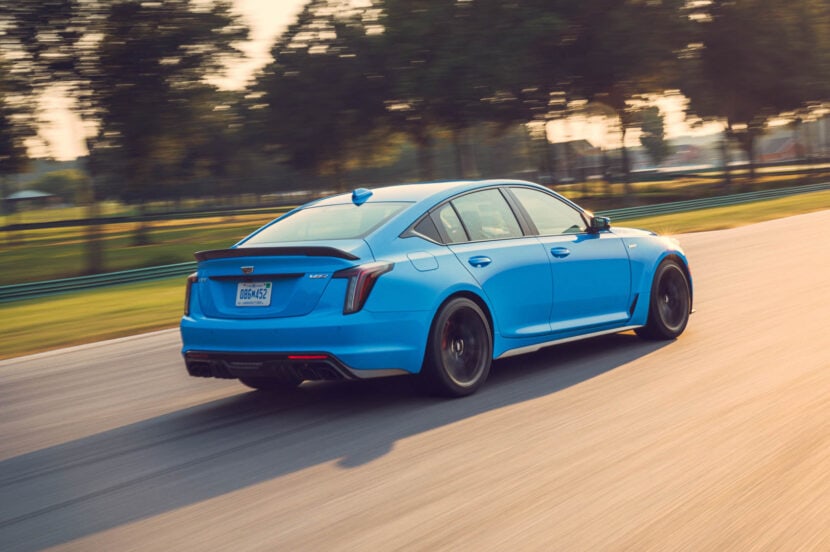 That monster engine is paired with — and I can’t believe I’m saying this in 2021 — a choice of transmissions; either a six-speed manual or a ten-speed automatic. The latter isn’t surprising, GM has been working on a ten-speed for a while now, it’s the former that’s blowing my mind. A 668 horsepower, V8-powered Cadillac with a manual transmission? And the CT5-V Blackwing doesn’t get an all-wheel drive system to keep all of that fury in check. All 659 torques go straight to the rear wheels and can be transferred there with a good old fashioned stick shift.

To make sure the TREMEC six-speed manual is capable of handling all of the power but also still be enjoyable to use, Cadillac fitted the CT5-V Blackwing with an LuK twin-plate clutch. Get this, it also has no-lift shift; allowing you to keep your foot in the gas while shifting gears. In a car with six hundred and sixty eight horsepower… Of course, auto rev-matching is standard but can be turned off.

According to Cadillac, the CT5-V Blackwing is capable of 0-60 mph in 3.7 seconds. We reckon it might be a touch quicker than that but not by much. Its 3.7 second time is quite a bit slower than what BMW claims for the M5 but that’s only due to being rear-wheel drive and not having the grip of an all-wheel drive M5. 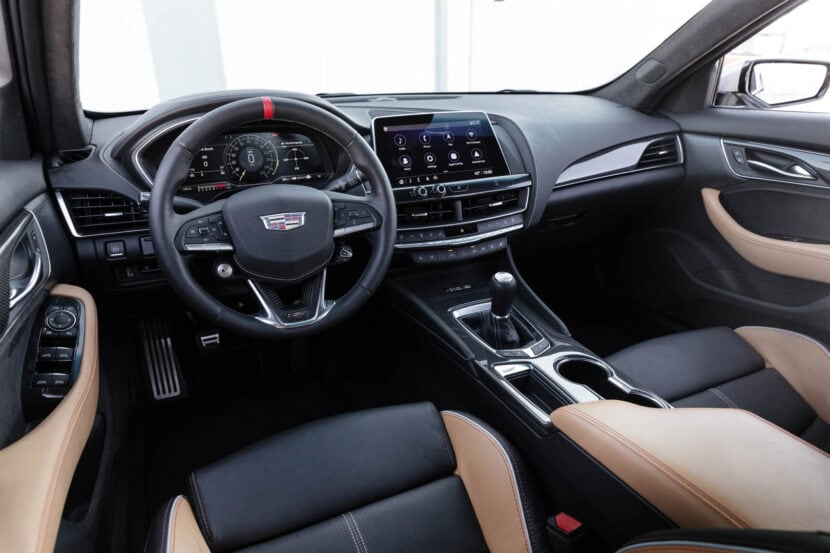 Just in case you though the Cadillac CT5-V Blackwing was just an atom bomb strapped to a four-door sedan, and lacked the finesse to tackle the M5, it isn’t. Instead, it’s surprisingly fun to drive. According to early reviews, the CT5-V Blackwing is a blast to drive and more capable than you might think a car with its spec sheet would be. Cadillac claims that Blackwing was designed to be a road car first, with some track capability. So don’t expect a BMW M5 CS-fighter. Instead, the Blackwing is more of a hilarious hoon of a car that can also transform into a comfortable cruiser, especially with the ten-speed auto.

The key to all fast Cadillacs is their magnetic ride control suspension. Now in its latest generation, the MR 4.0 suspension is said to be remarkably good at keeping the car feeling like a luxury sedan in comfort mode but also sharpening it up to be a sports car as the modes get more aggressive. MR has always been great, so we expect no different from this new car.

In terms of looks, the exterior is good. It’s sharp, aggressive, modern, and extremely butch. While the inside just looks “meh”. It doesn’t look bad but it certainly doesn’t look like it belongs in a car that can easily cost $100,000. The Cadillac CT5-V Blackwing starts at $84,990, before taxes and destination, which makes it an expensive car. Customers in this segment might take issue with its cabin. They shouldn’t but they likely will. 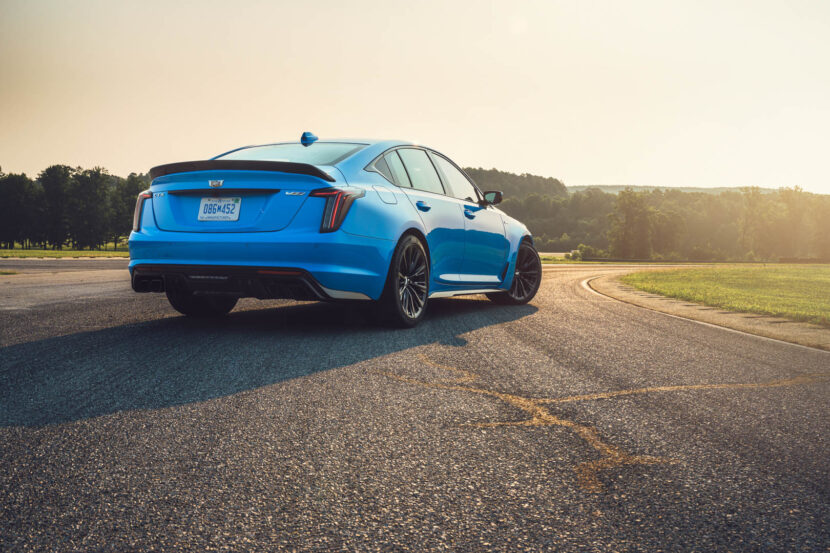 Can the Cadillac CT5-V Blackwing actually take down the BMW M5? That depends on who you ask and what you’re after. The BMW M5 is all about performance. It’s capable of melting faces even with a large power disadvantage compared to the Caddy. However, it wraps that performance in a layer of insulation, to keep the outside world out and its passengers inside happy. While the Cadillac CT5-V Blackwing seems to be about duality as well, with a surprisingly comfortable and accommodating cabin, it mostly wants to punch faces. If you want a thrill, the Caddy is the better buy, it seems. But if you want precision and outright performance, the M5 is likely your car. 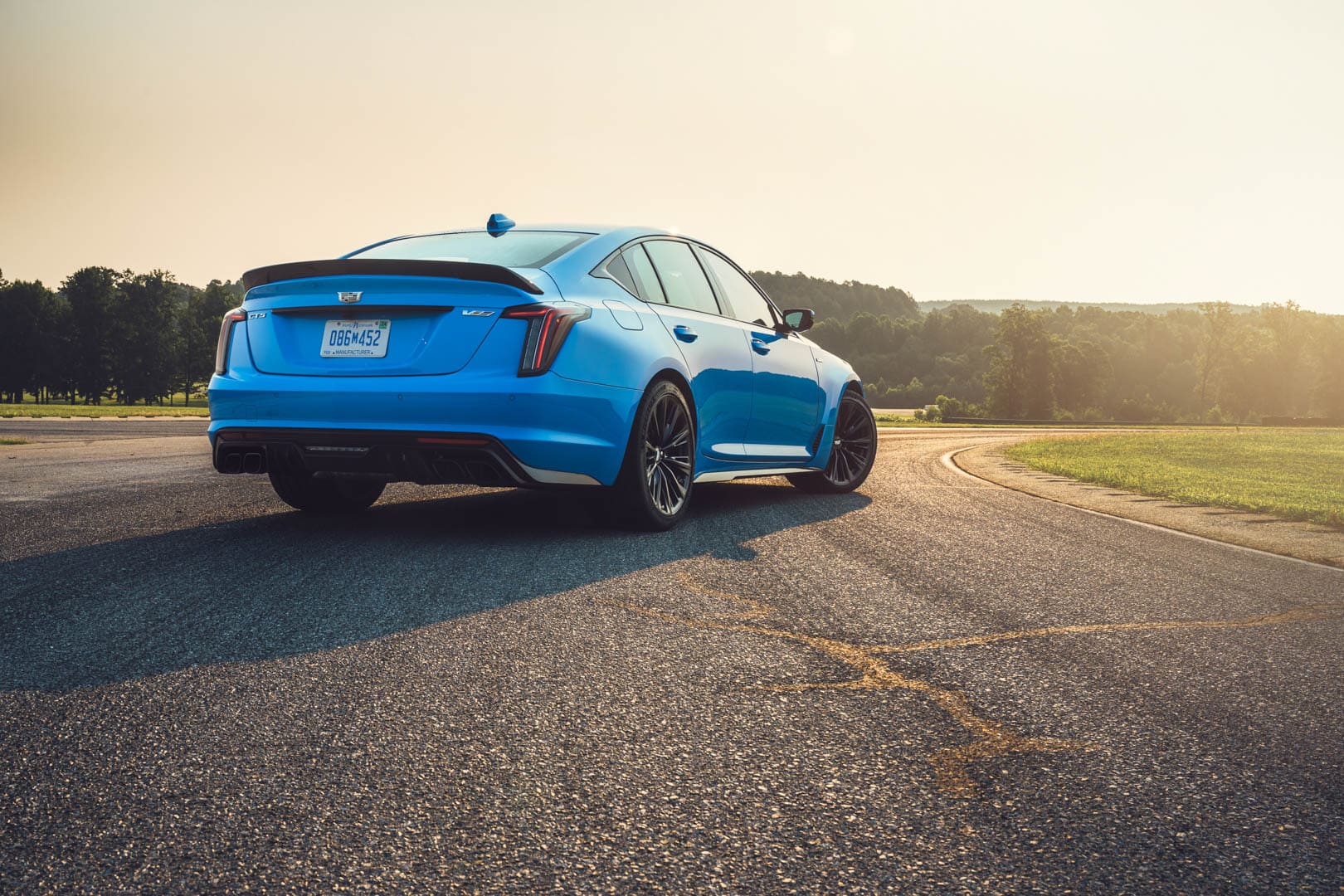 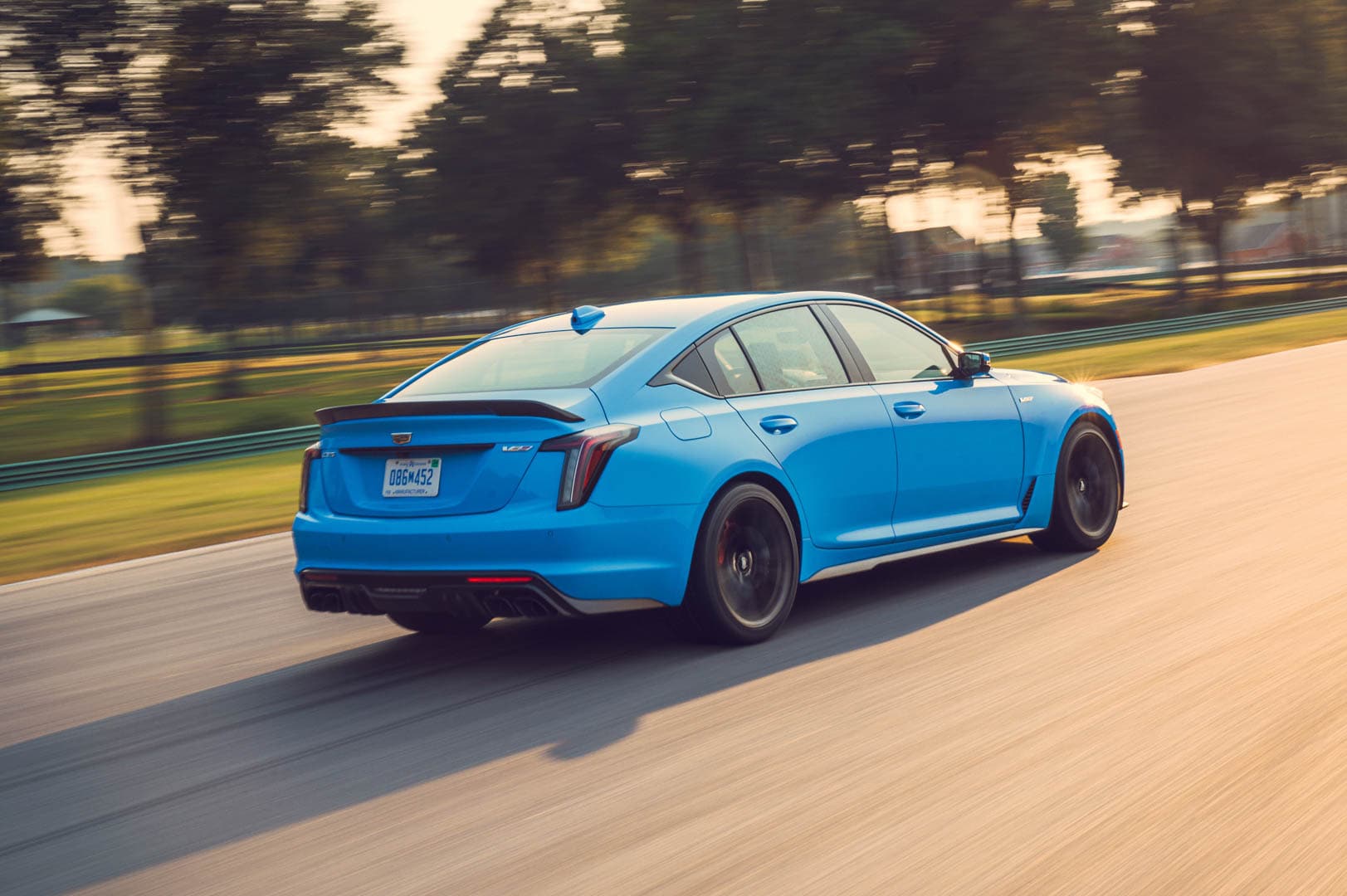 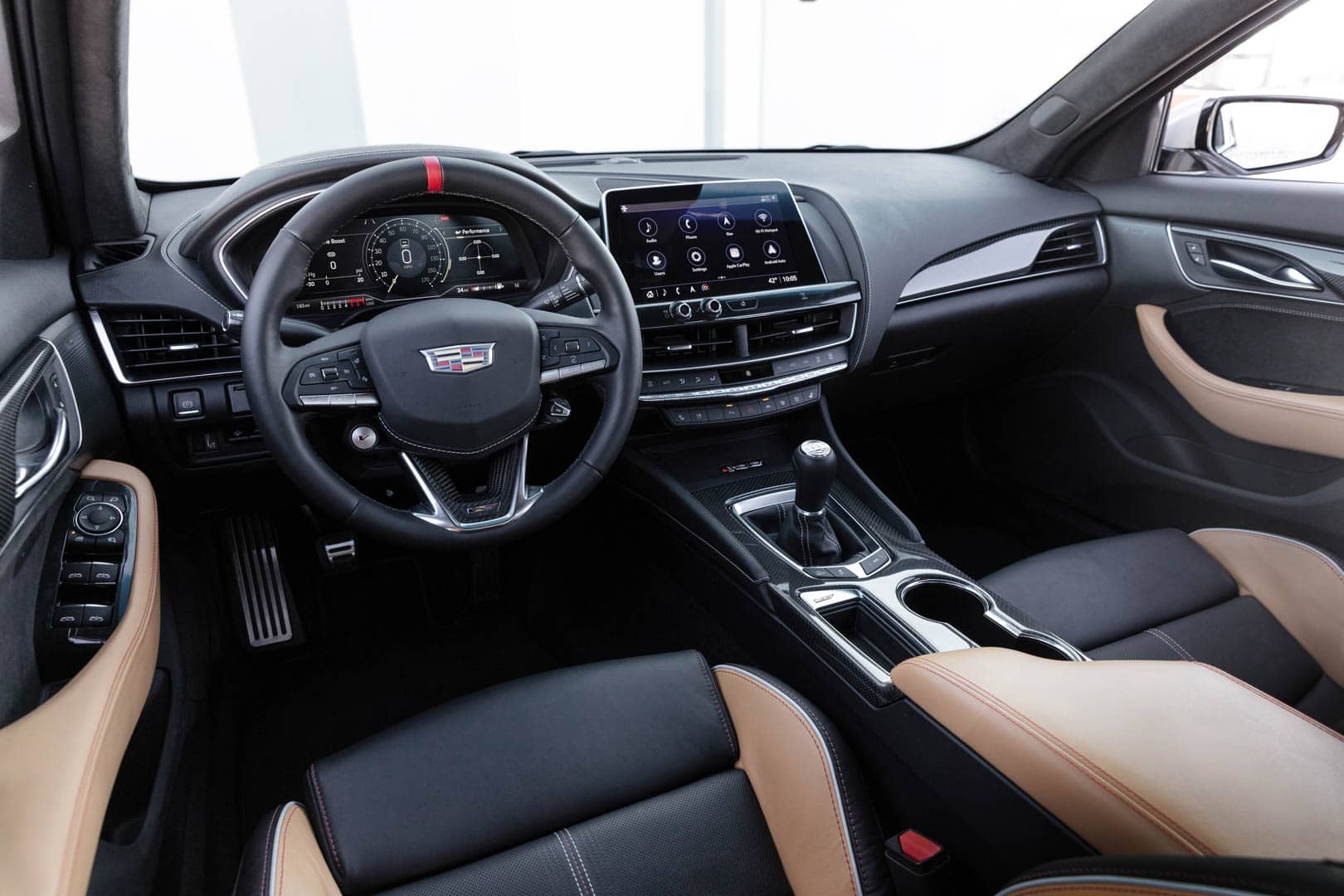