The global microchip shortage seemed to be an issue that BMW didn’t have to deal with, at least for now. Most car makers around the world complained about the lack of silicon chips and the fact that due to this shortage, they had to slow down or even pause production. Up until this week, the BMW Group seemed immune to it somehow but news coming in from Germany tell us it’s time for the Bavarian brand to start dealing with this issue as well.

According to a spokesperson, speaking to Automotive News, BMW is now experiencing the same problems and it will have to take measures to keep things afloat. The first step will be to have the Oxford MINI plant take a break for three days, starting April 30. That’s not all though, as MINI won’t be the only BMW Group owned brand forced to do that. BMW will also slow down its production at the Regensburg plant in Germany. In this case though, only a couple of shifts will be cut, avoiding a full shut down. 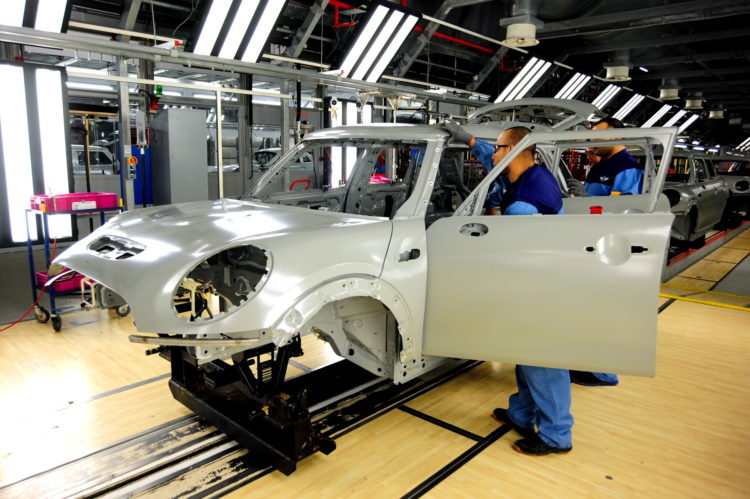 BMW is just the most recent name added to the list of car makers forced to take such measures for the lack of supply. Volkswagen, GM, Ford and Tesla have announced similar measures earlier this year due to the same reason. And there’s no improvement in sight as microchip manufacturers can’t keep up with the demand. This is a terrible blow to a lot of car makers, as they are seeing incredibly good numbers on the rebound from the sales dip recorded last year.

BMW, for example, had just announced a record-breaking first quarter in 2021, with sales figures better than ever in its 100+ year history. However, this pace might not be sustainable if there are no microchips available for the increasing amount of electronics found inside modern-day cars.