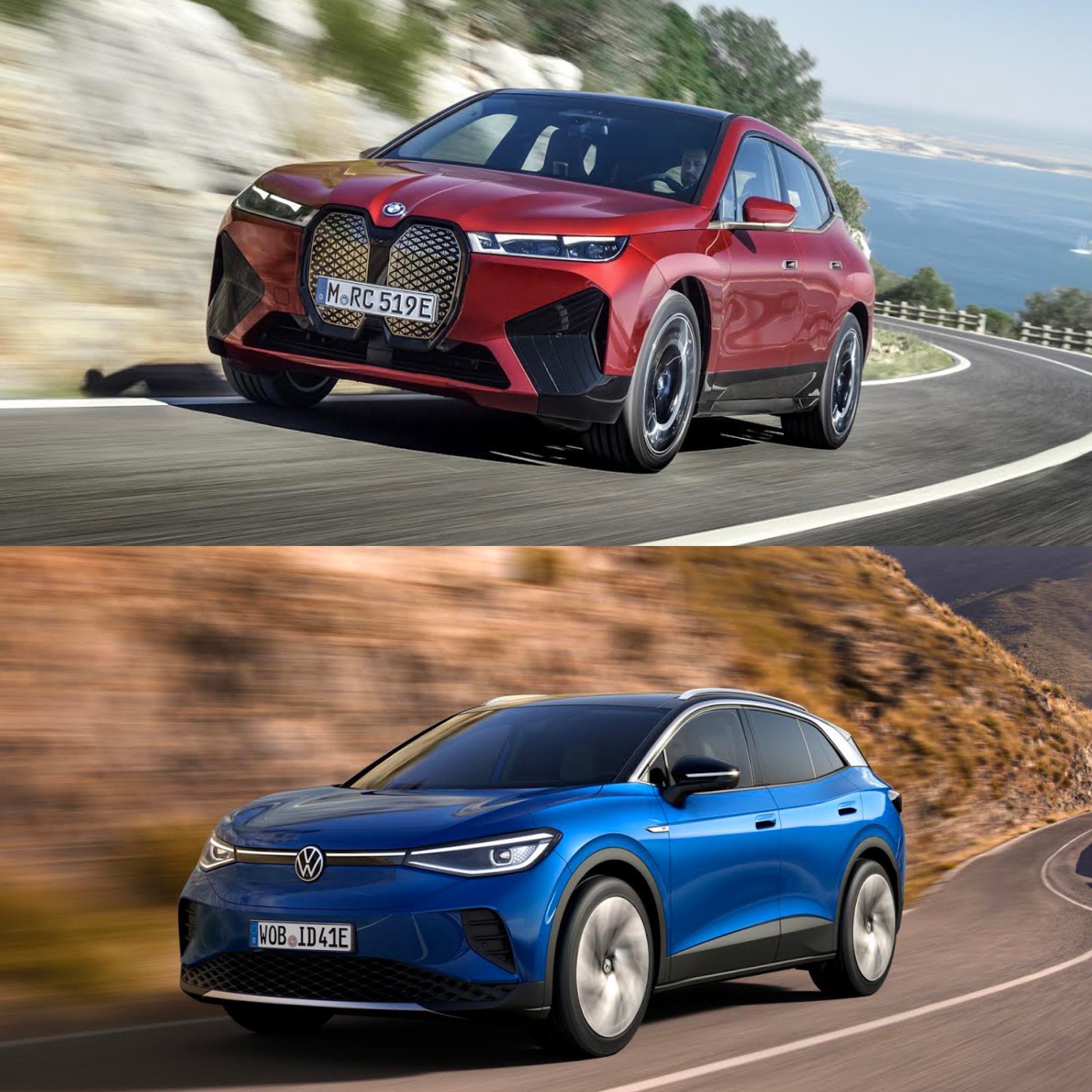 Now that the BMW iX is here, it surprisingly only has a few natural competitors. Sure, there are a lot of electric crossovers either currently on sale or on the way but not all of them are bespoke EVs, built on EV platforms. Both the Audi e-tron and Mercedes-Benz EQC, cars you’d think would be the iX’s closest competition, are both built on traditional ICE (Internal Combustion Engine) architectures. So they’re not really apples-to-apples competitors. However, there is a new German that is similar to the iX, in terms of both construction and style — the Volkswagen ID.4.

Admittedly, the Volkswagen ID.4 isn’t a direct competitor in terms of luxury and equipment, either, being that you can buy three ID.4s for the cost of one BMW iX. However, in terms of layout, construction, size, shape and style, the two are very similar. So let’s take a look at how their designs compare.

Despite both cars playing in to different price brackets, the BMW iX and Volkswagen ID.4 have a similar, futuristic vibe. Though, that’s not entirely surprising, as German brands have had similar ideas about EV design for awhile now. 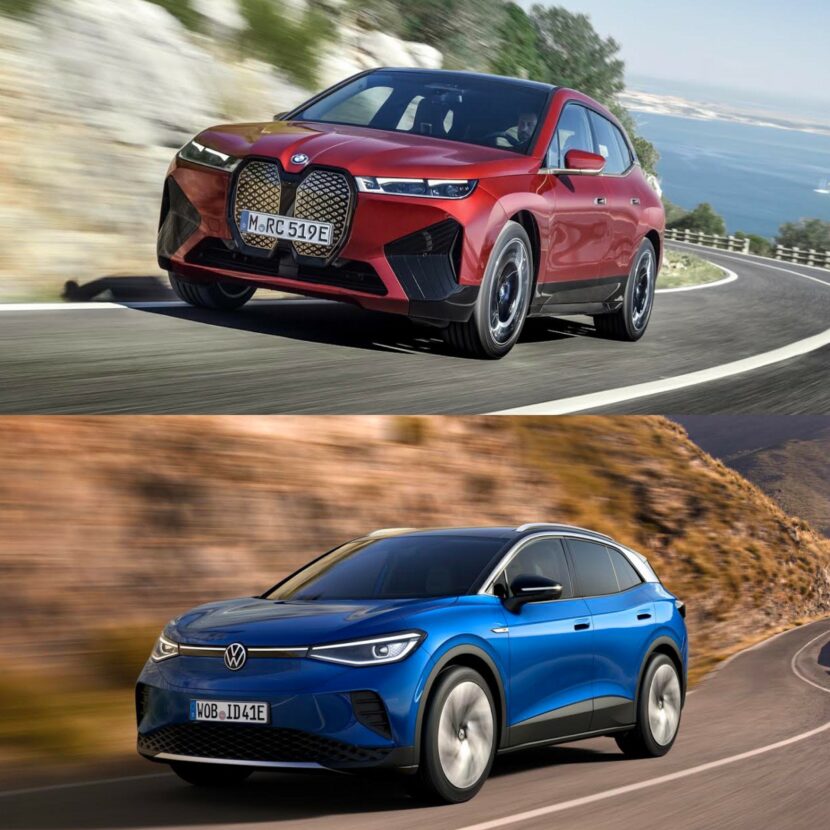 Up front, the BMW iX sports a kidney grille design that isn’t actually a grille. Instead, the twin kidneys are just there to house some sensors. Whereas the Volkswagen lacks a main grille altogether. It does have some lower front air intakes, like to cool batteries and brakes, but it ditches a normal car grille. The iX’s headlights are much slimmer and sleeker. I don’t really personally like either car’s face but the iX’s is more visually interesting, so it takes the win.

From the side, both cars are rather good looking. The BMW iX is a bit more traditional, while the ID.4 is a bit curvier and a bit more athletic looking. Whereas the iX looks high-tech and modern, with its square fender flares and floating D-pillar. I actually really like the way both cars look from the side but the iX is the more futuristic and the one that will likely feel special for longer. So it takes the win again. 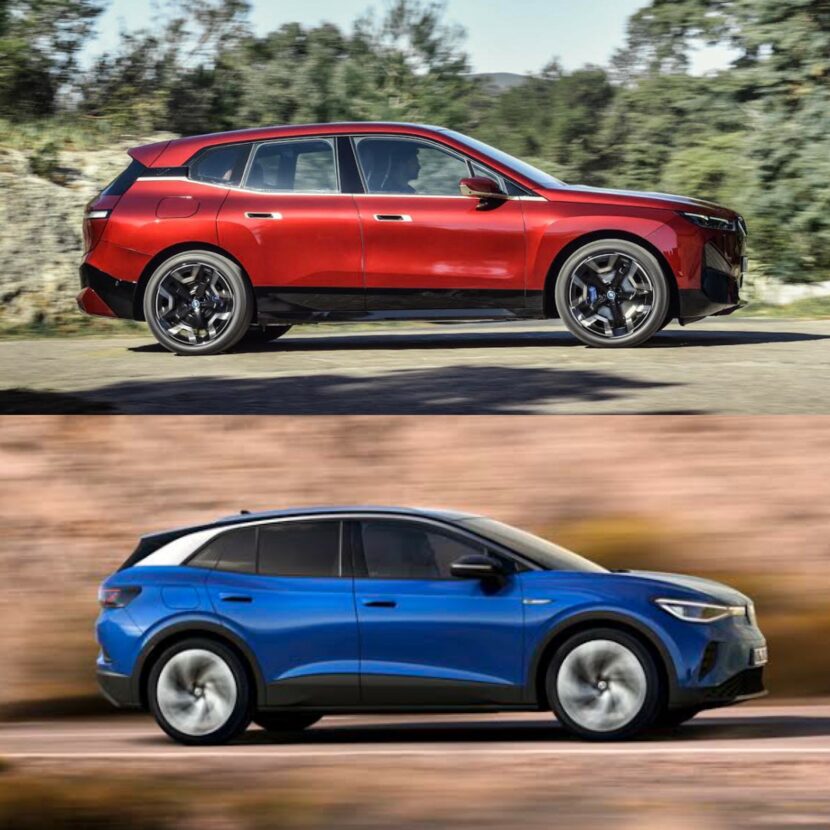 Out back, the Volkswagen ID.4 gets a wide LED light strip that connects the two taillights. It looks a bit more high-tech than BMW’s simple, yet handsome, slim taillights. While neither are particularly beautiful, nor particularly ugly, it’s like the Volkswagen’s rear end that will continue to please customers, with its fancy LED dancing lights. 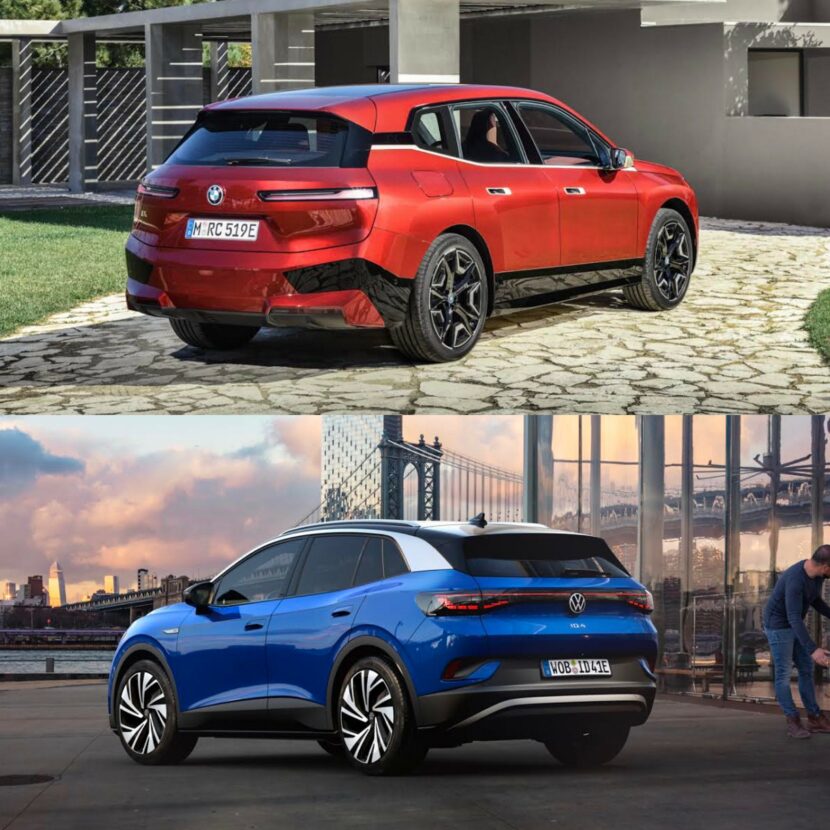 Both cars have similar ideas on the inside, as well, just executed a bit differently. Both BMW and Volkswagen went with a simpler, more minimalist approach, while also using sustainable materials and modern, sharp designs. It’s clear that both cars’ interior designs were inspired by the BMW i3. The BMW iX certainly looks more premium inside, but then again it’s much more expensive. 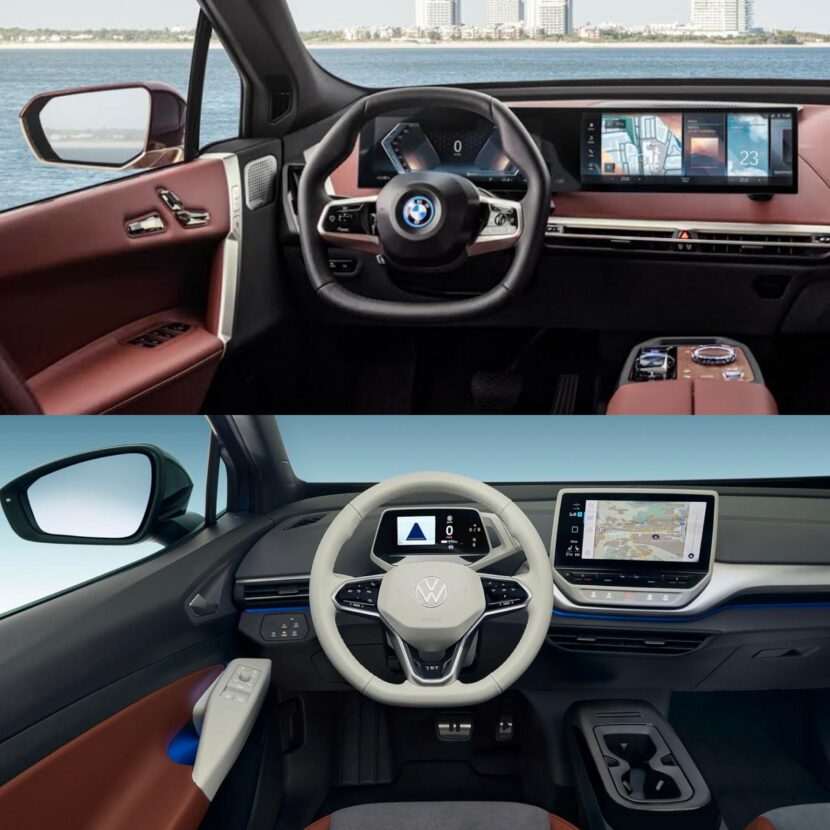 While the two cars are worlds apart in terms of price and performance, there will be cheaper BMW iX models on the horizon, as well as more expensive ID.4 models. So the price gap will close a bit over the years. So they’re designs could be more important than one might think over the next couple of years, as customers might get to choose between a high-end ID.4 or an entry-level BMW iX. 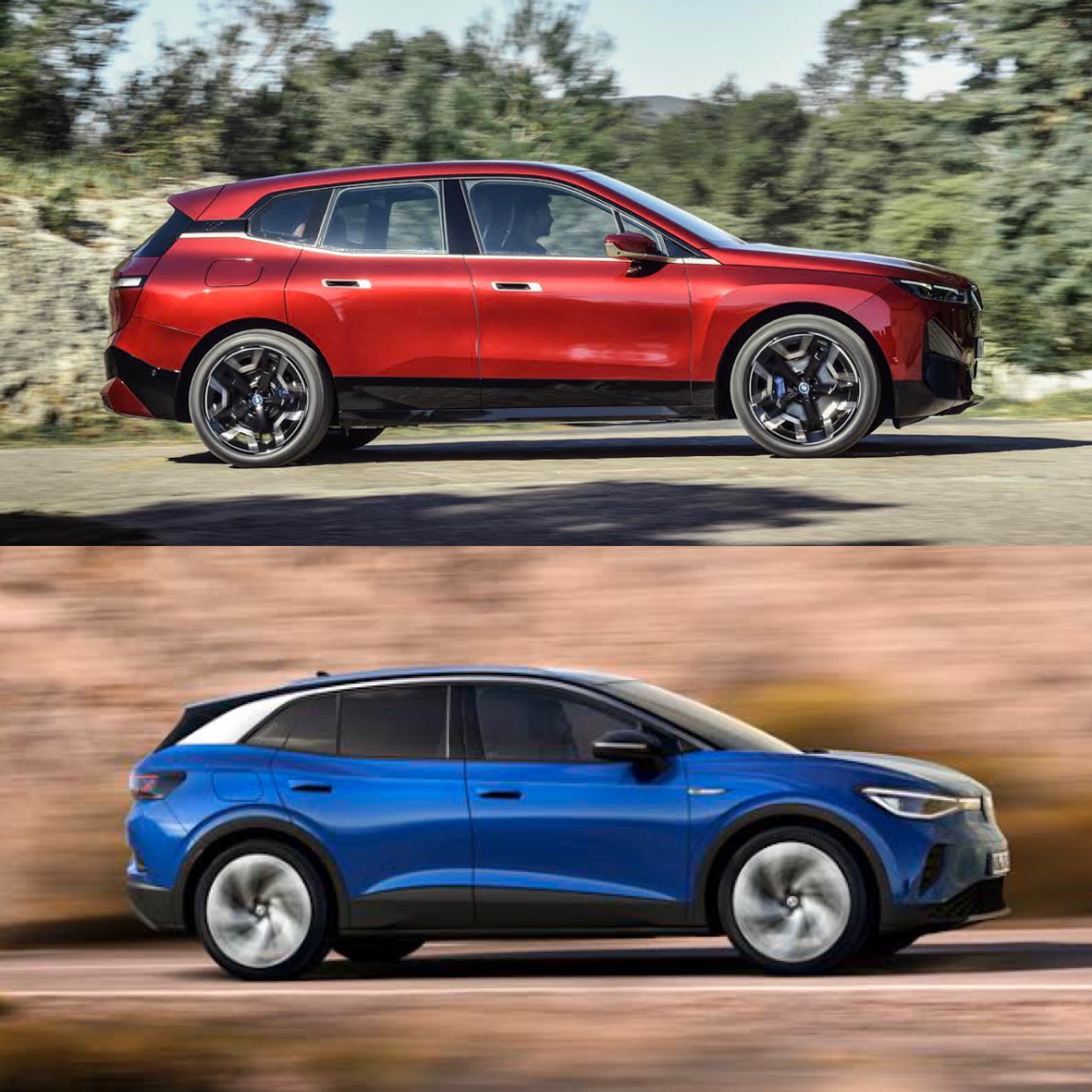 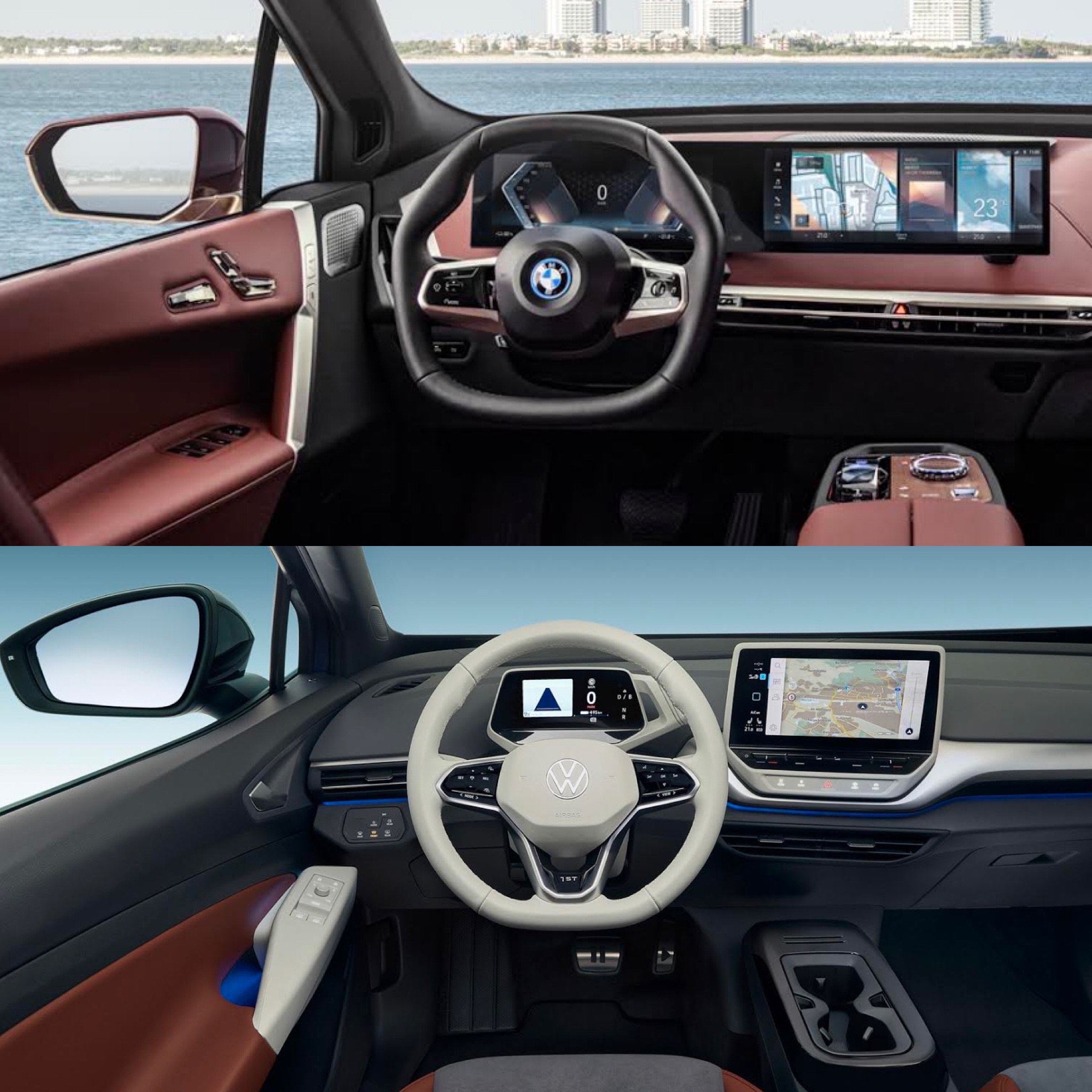 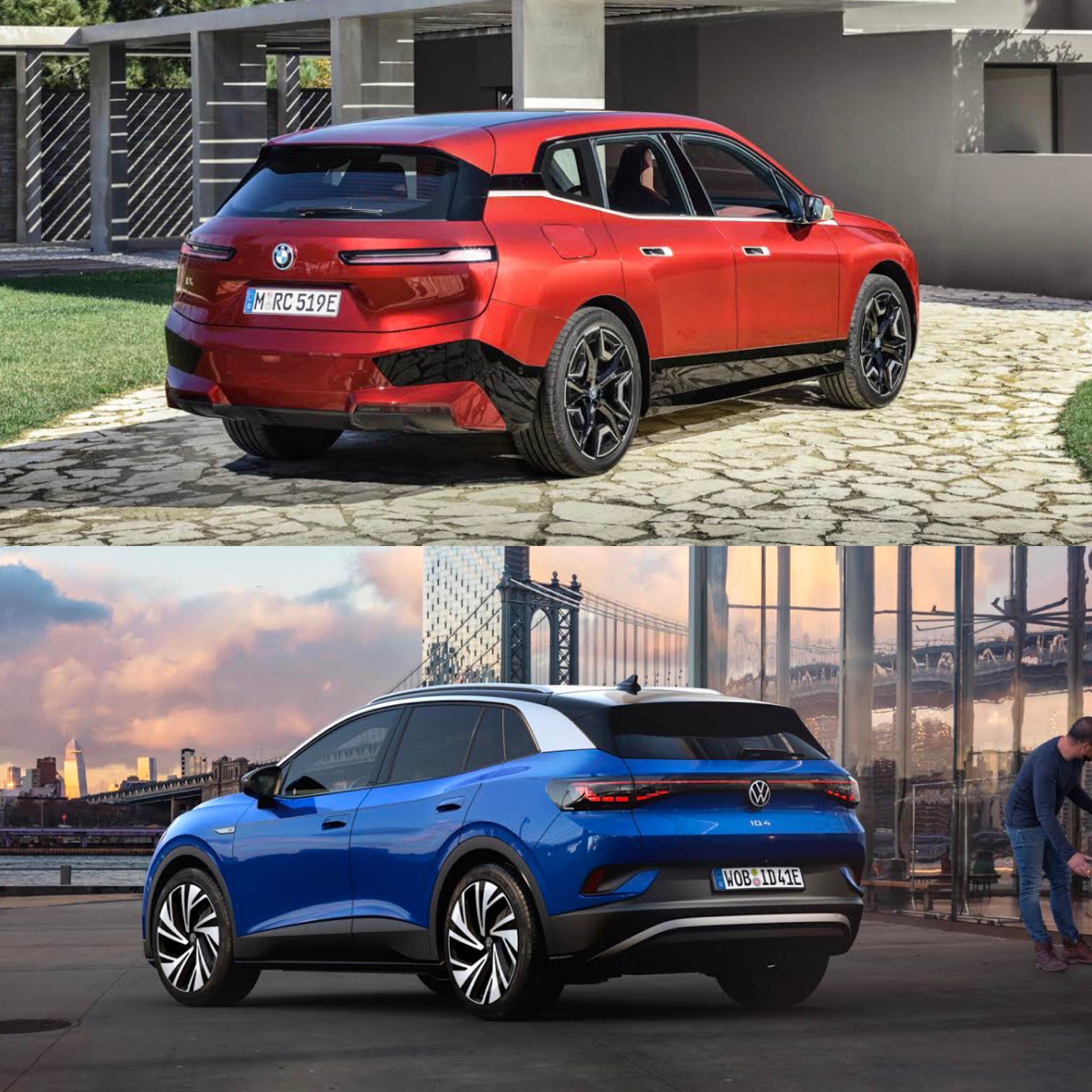