VIDEO: ALPINA B8 Gran Coupe Seen at the Nurburgring

After having driven the BMW M8 Gran Coupe, I quickly realized it’s a good car but not a great one. It’s brutally fast, incredible looking and rock-solid stable at triple-digit speed. However, its main problem is that it doesn’t know what it wants to be. The M8 Gran Coupe would be so much better if BMW leaned more into its grand-touring nature. Which is where the ALPINA B8 Gran Coupe comes in.

The upcoming ALPINA B8 Gran Coupe, which is based on the M850i Gran Coupe, has just been caught doing some testing at the Nurburgring in this new spy video. There, it proves that it’s very fast and very capable around a track. We already knew it would be, though, as that’s sort of par for the course, with ALPINA. What we’re excited to see with this upcoming B8 is how it is as a GT car. If we’re being honest, we have sky-high expectations.

ALPINAs have always been better GT cars than the BMWs on which they’ve been based. ALPINA’s cars are typically smoother, more comfortable, more luxurious and better looking, all while barely losing any dynamic capability. So we fully expect the ALPINA B8 Gran Coupe to be the better GT car than its M Division counterpart. Which makes sense, as M cars are traditionally geared more toward performance. However, with the M8/B8, we think ALPINA’s approach better suits the 8 Series chassis. 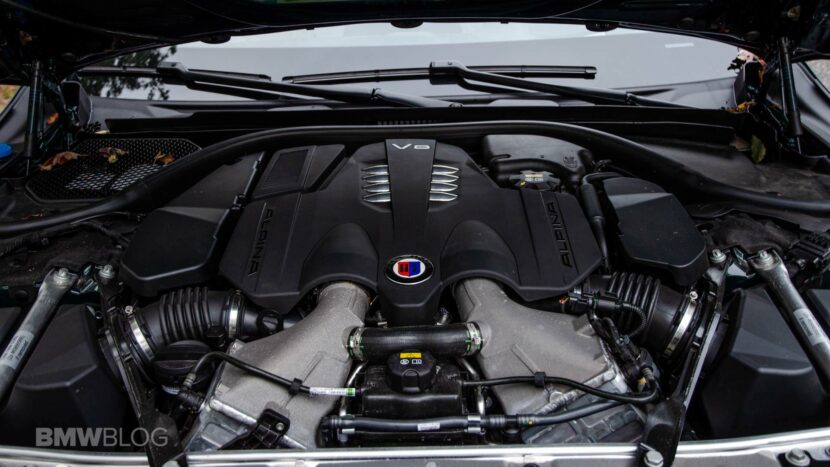 Under its hood will almost certainly be the same 4.4 liter twin-turbocharged V8 found in the ALPINA B7, which is a magnificent engine. For B7-duty, said V8 makes 600 horsepower and 590 lb-ft of torque. After having driven it, if you’d told me that it actually made one hundred more of each, I’d believe you. It’s that fast. The ALPINA B8 Gran Coupe is likely to be no different.

The BMW M8 Gran Coupe is a great car but its too stiff to be a proper GT and it’s not engaging enough to be a proper sports car. If it were just to lean into its GT-nature, it’d probably be fantastic but, being an M car, it has to try and walk that line between performance and comfort and it doesn’t quite get the balance right. However, I think the ALPINA B8 Gran Coupe will lean heavily into GT car status and it will be all the better for it. We can’t wait to drive it.