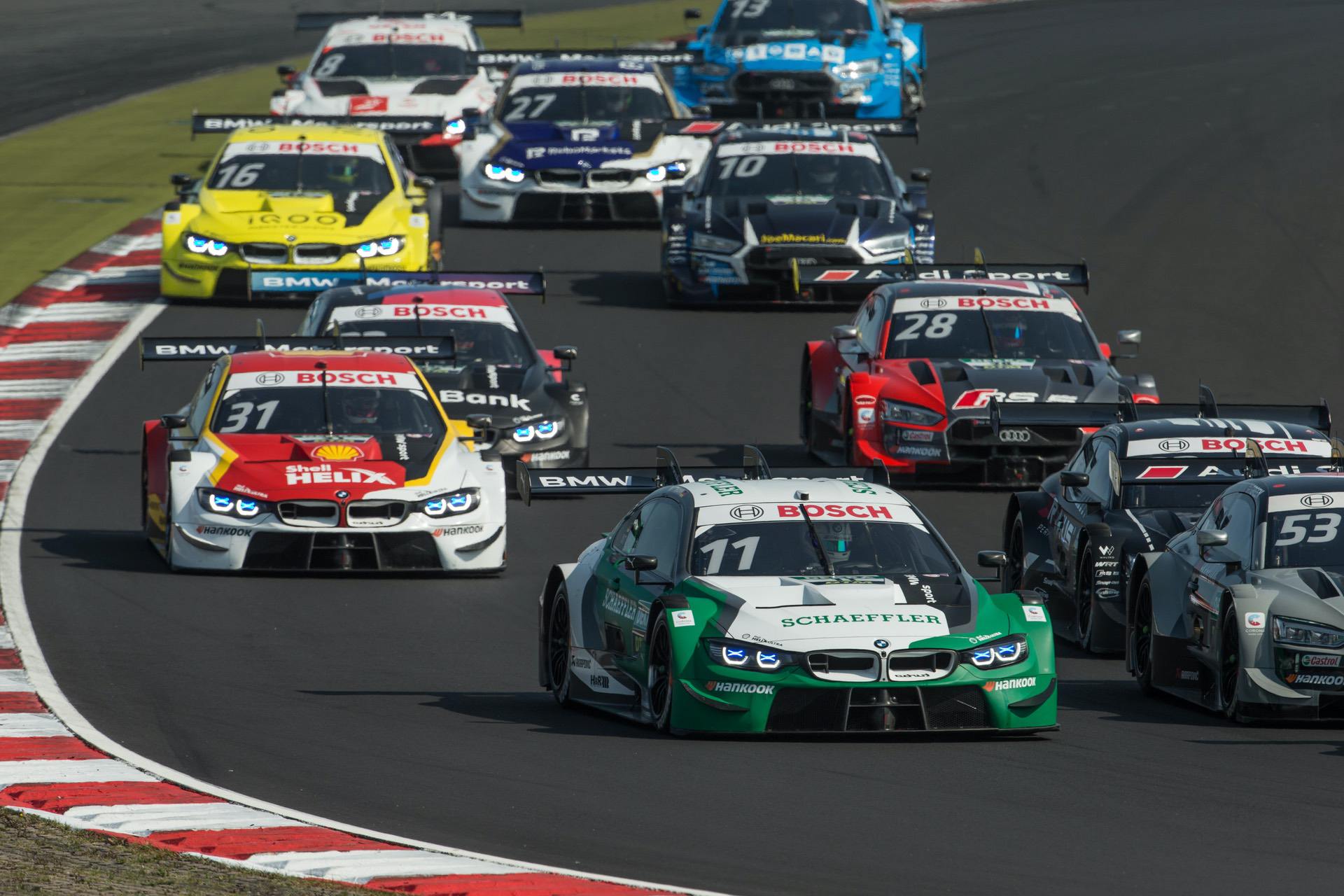 In the tenth race of the DTM season, four BMW DTM works drivers made it into the top ten on the Nürburgring Grand Prix circuit (GER). However, they were unable to build on Saturday’s performance, when Marco Wittmann (GER, Schaeffler BMW M4 DTM) reached the podium.

Next weekend, the eleventh and twelfth races of the season will take place on the shorter Nürburgring sprint track.

Jens Marquardt (BMW Group Motorsport Director):
“That was a tough race after a difficult qualifying session. We had to work really hard after starting from those grid positions. We had to try a few things out with the strategy. Sheldon van der Linde did that really well and got close to the Audis, but there is a difference between getting there and actually being able to overtake.

When you are chasing, the tyres deteriorate really quickly. Jonathan Aberdein also gave a strong race performance behind Sheldon. It’s a shame that he dropped down another place in the duel with Jamie Green at the end. Marco Wittmann and Philipp Eng also finished in the points but unfortunately they didn’t have good grid positions.

We don’t want to be battling for fifth to tenth places, we want to be fighting for a podium, and to do that we really have to close the gap in qualifying. All the BMW drivers were close together but the gap to Audi was larger than it was on Saturday. We have to understand the reason for that.

It is the grid position that determines how you get going in the race. The race pace is pretty good, but the lap speed is not. We will have to take a look at that. Congratulations to Robin Frijns on the win.”