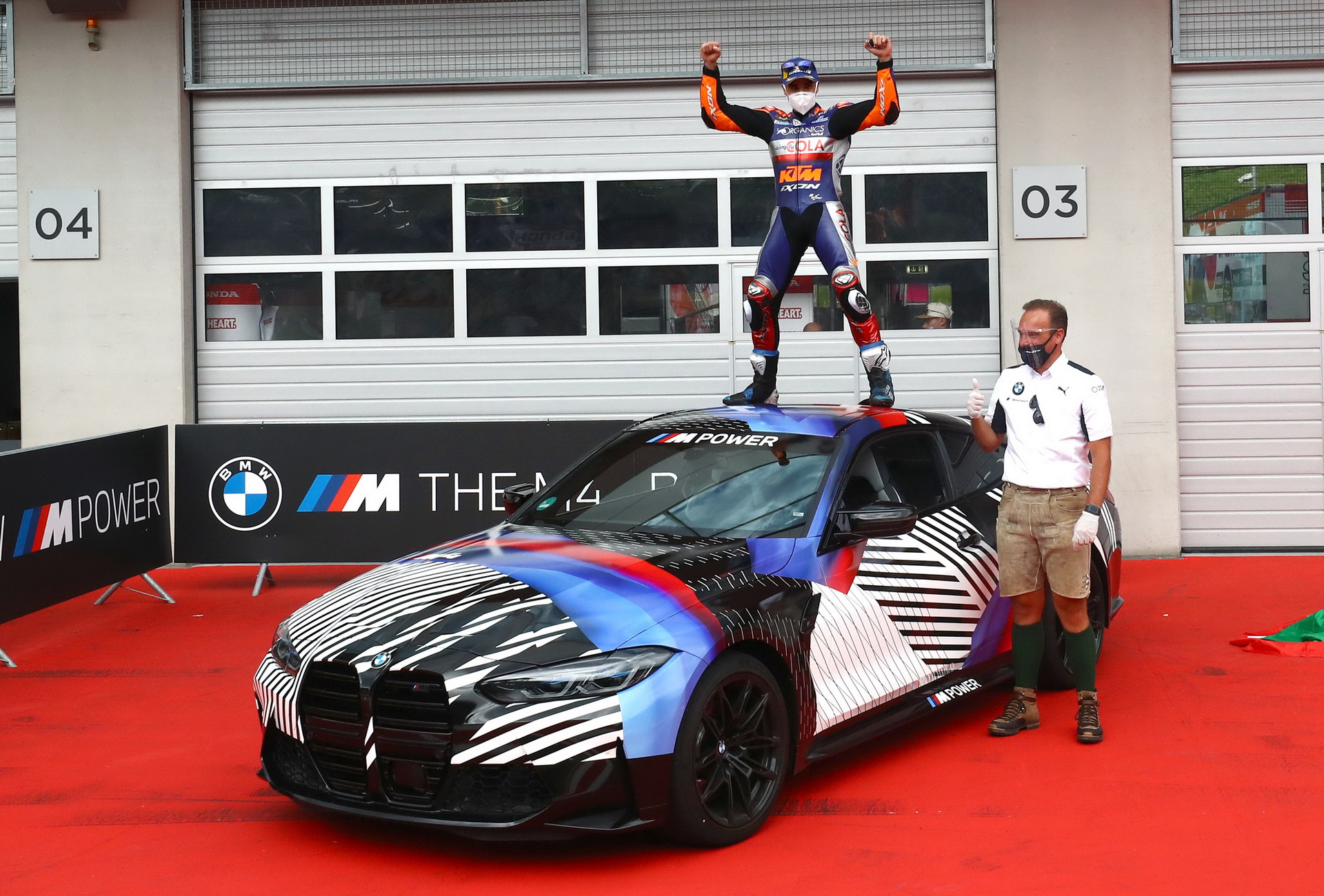 KTM team racer Miguel Oliveira, winner in the Sunday’s race of the BMW M Grand Prix of Styria, is the first MotoGP rider to win a special coveted prize in the form of an all-new high-performance car. As title sponsor of the Austrian MotoGP stage held at the famous Red Bull Ring in the region of Styria, BMW M GmbH prepared a special, pioneering gift for the winner of the race: the new BMW M4 Coupe, which is scheduled to celebrate world premiere next month on September 23 alongside the new BMW M3 (G80). 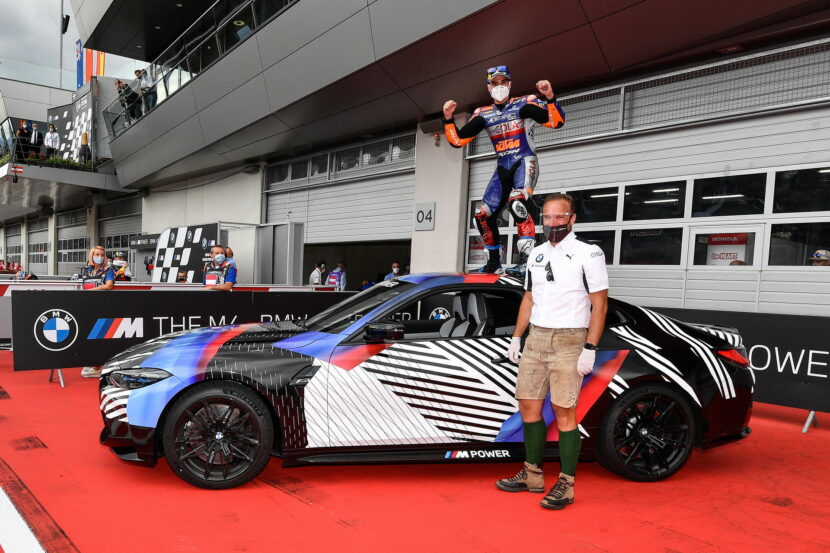 Miguel Oliveira from KTM was the lucky racer today, as he not only managed to clinch the victory in today’s Styria GP, but also won the brand new generation M4 Coupe (G82), which is set to be a polarizing M car, both aesthetically and technically.

CEO Markus Flasch handed over the special prize to Oliveira on behalf of BMW M GmbH. “Congratulations to Miguel Oliveira,” said Flasch. “A fantastic performance saw him outpace the fierce competition in the MotoGP race at the BMW M Grand Prix of Styria.” 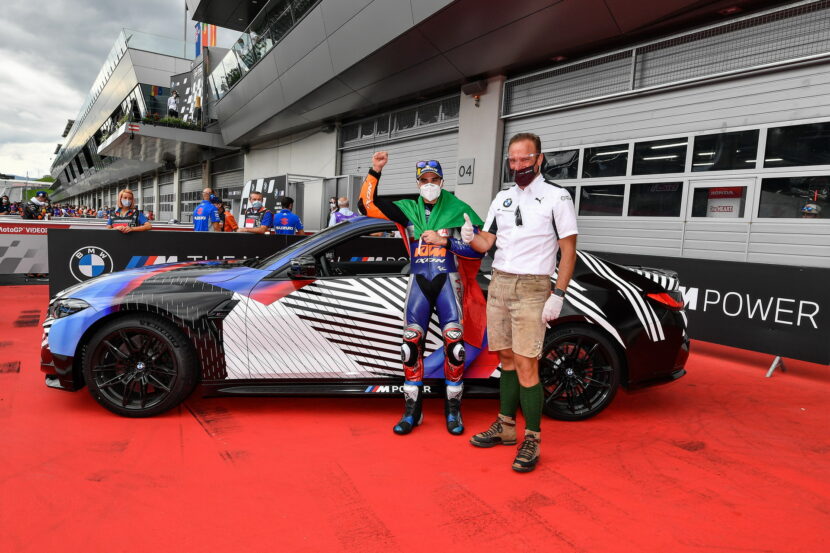 “As a long-standing partner of Dorna and title sponsor of the event, we are delighted to honour Miguel with the new BMW M4 as a reward for his victory. But he will have to wait a little while to drive his BMW M4 – the car is so new that it isn’t actually on the market yet. However, we’re confident that he will have a lot of fun with it – as the first test drive shortly after the race has already proved”, Flasch concluded.

Visibly touched and excited, MotoGP racer Miguel Oliveira commented: “Wow, it’s amazing. I’m over the moon to be the first MotoGP rider to receive such a special prize. I’ve got to know the new BMW M4 here at the Red Bull Ring and can’t wait to have my one of my own. I’d like to thank BMW M for this fantastic prize.” 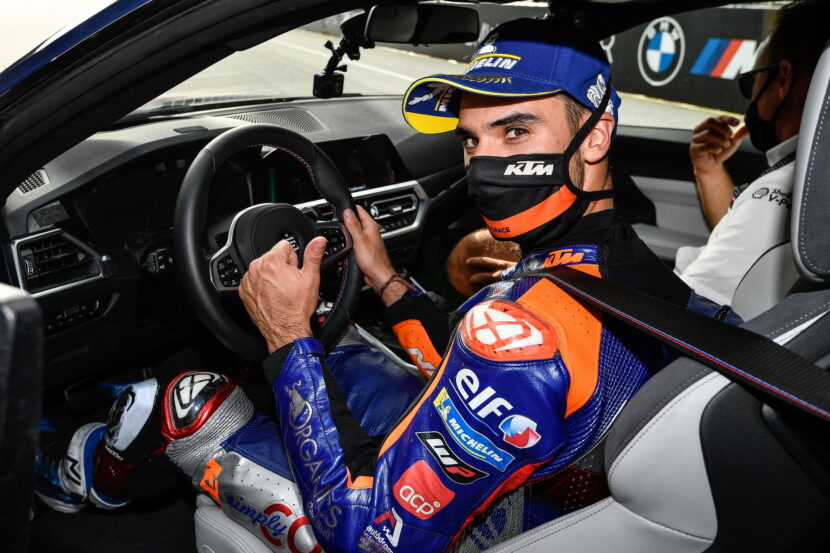 Pau Serracanta, Managing Director of Dorna Sports (the official owner of the MotoGP competition), also added on the occasion: “BMW M has done something new yet again. A fantastic BMW M4 as a reward for the winner of the MotoGP race is undoubtedly something very special.”

“This special prize is a wonderful addition to the title sponsorship of the BMW M Grand Prix of Styria. We are proud to have BMW M as such a strong, committed partner over so many years, who consistently bring new ideas to our collaboration. Congratulations to Miguel Oliveira! I hope he really enjoys the new BMW M4”, Serracanta further went on to say. 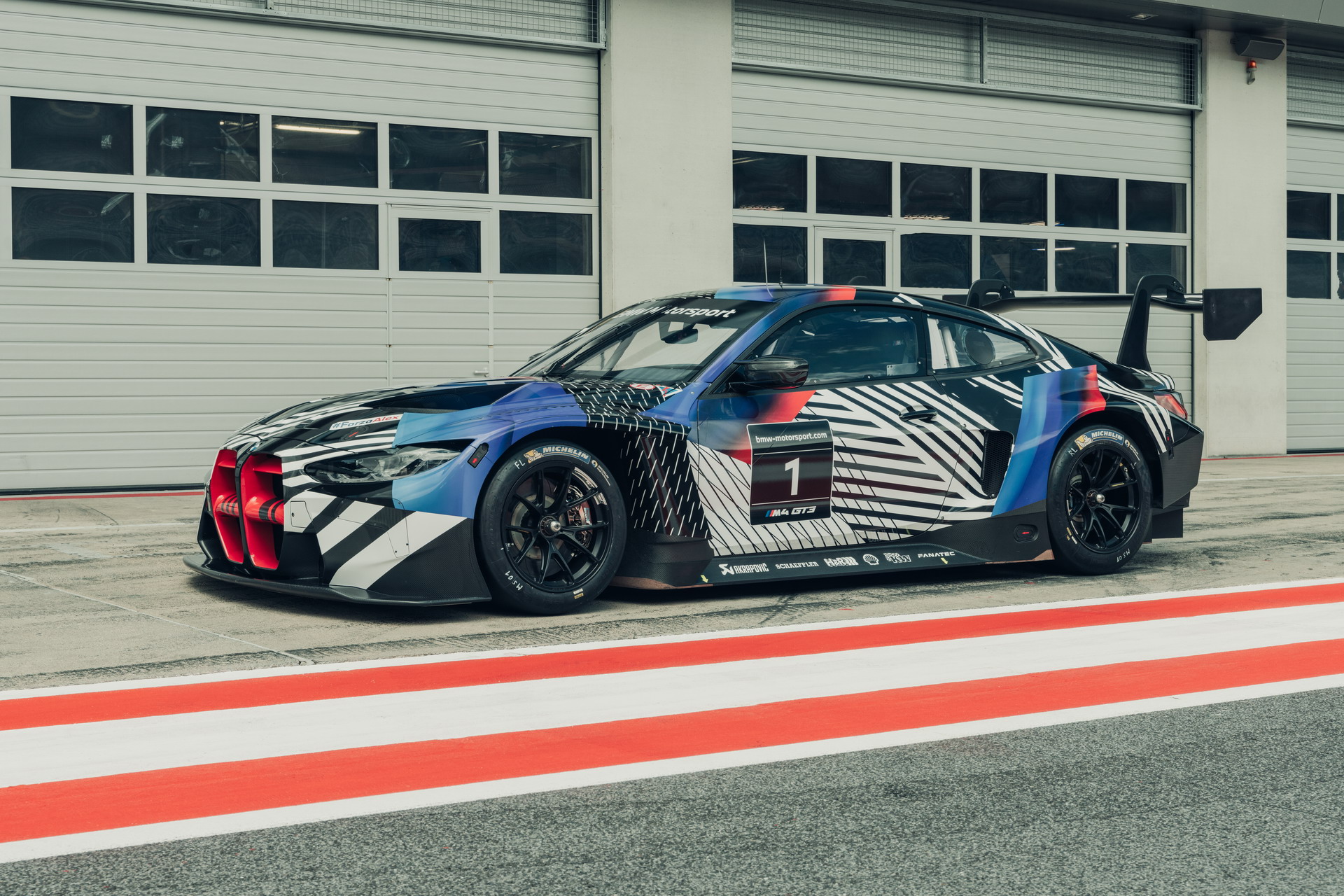 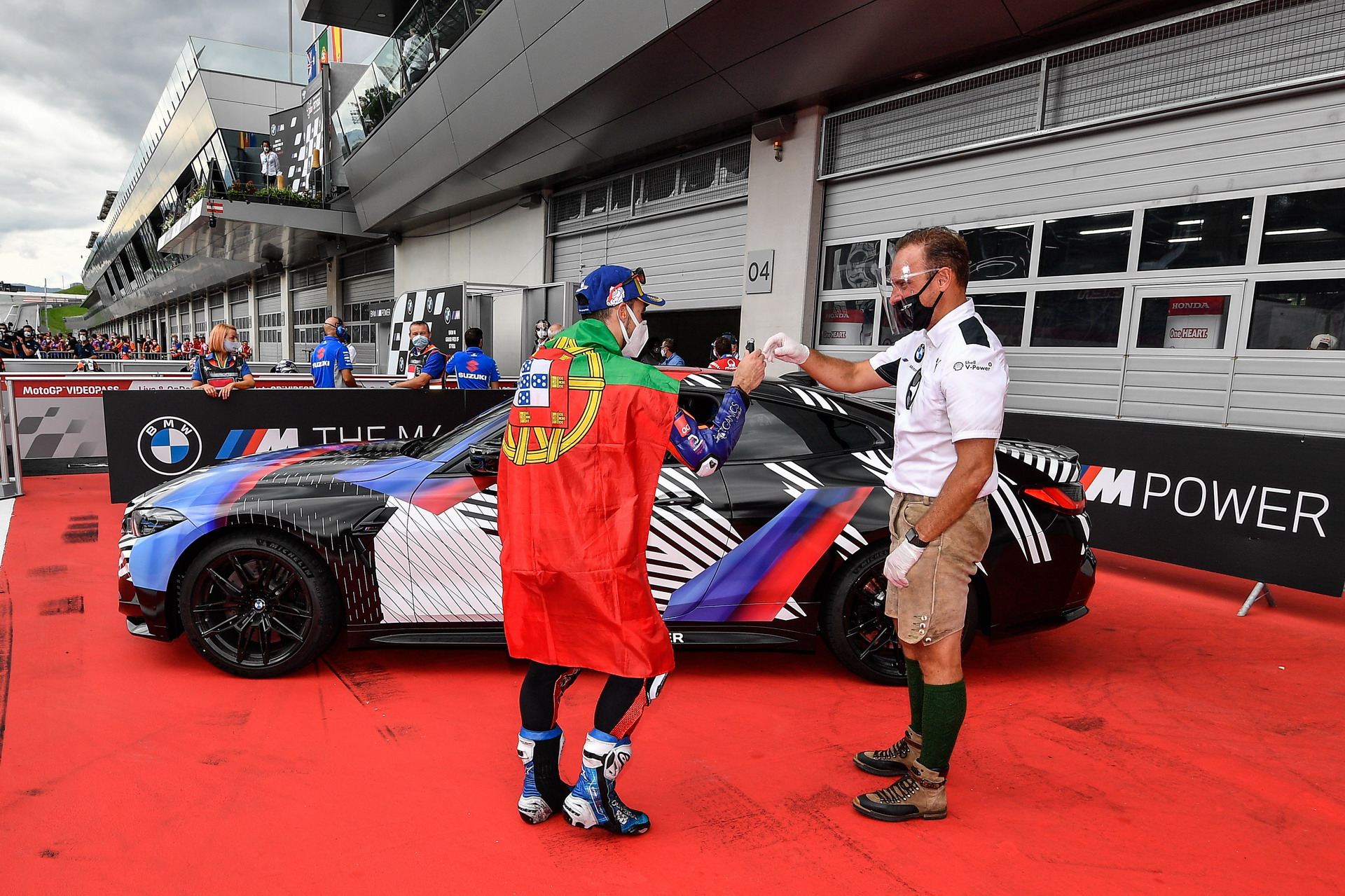 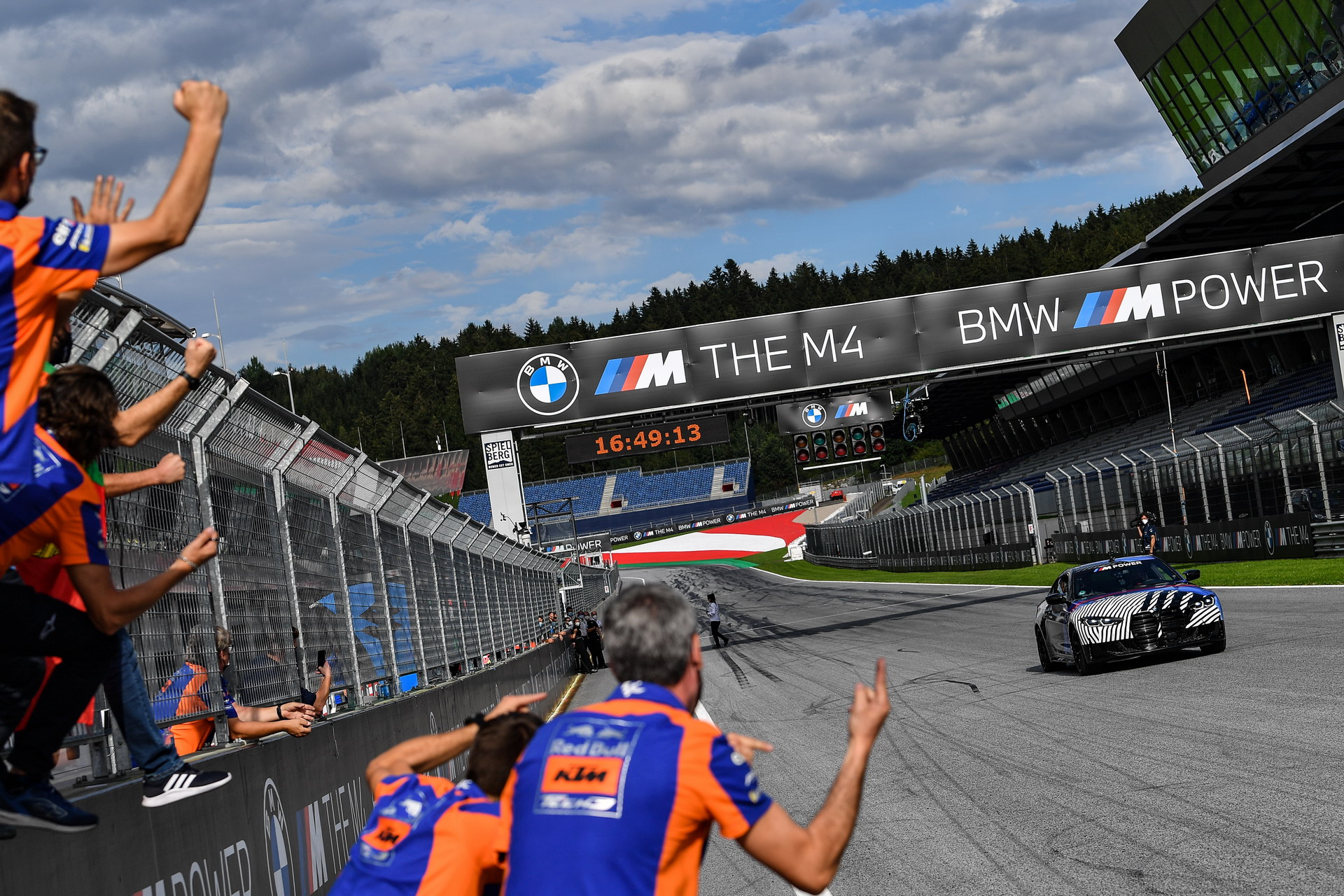 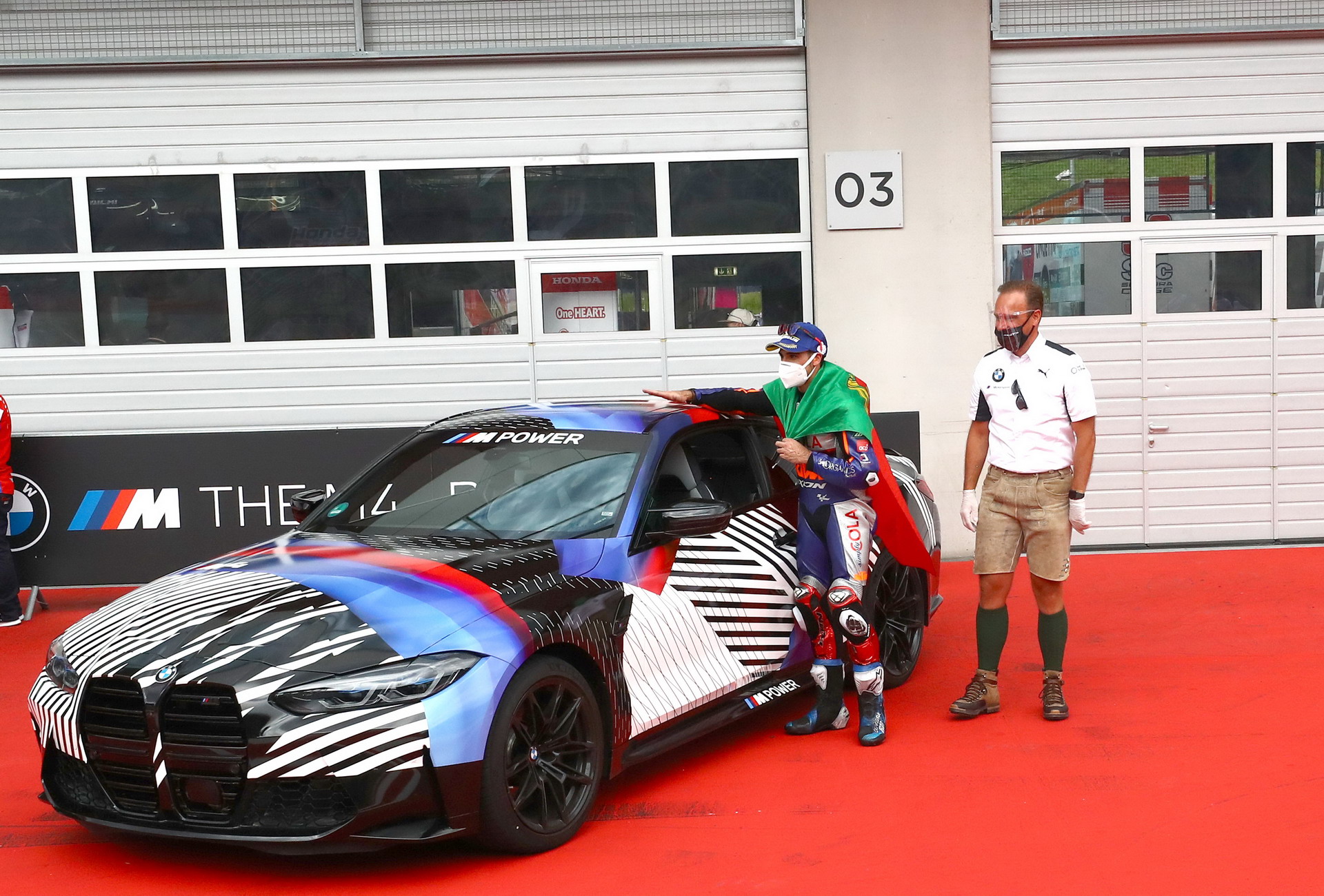 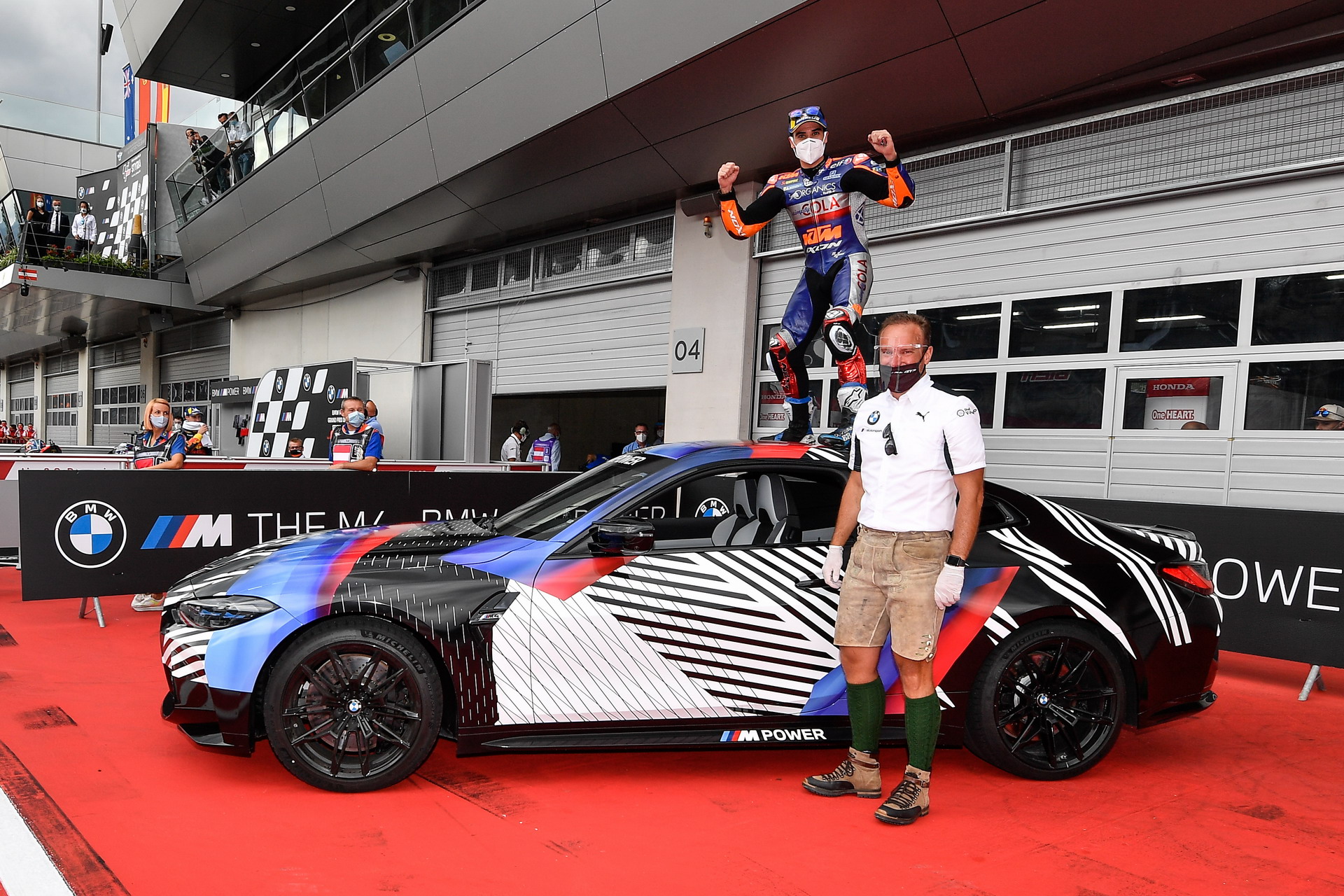 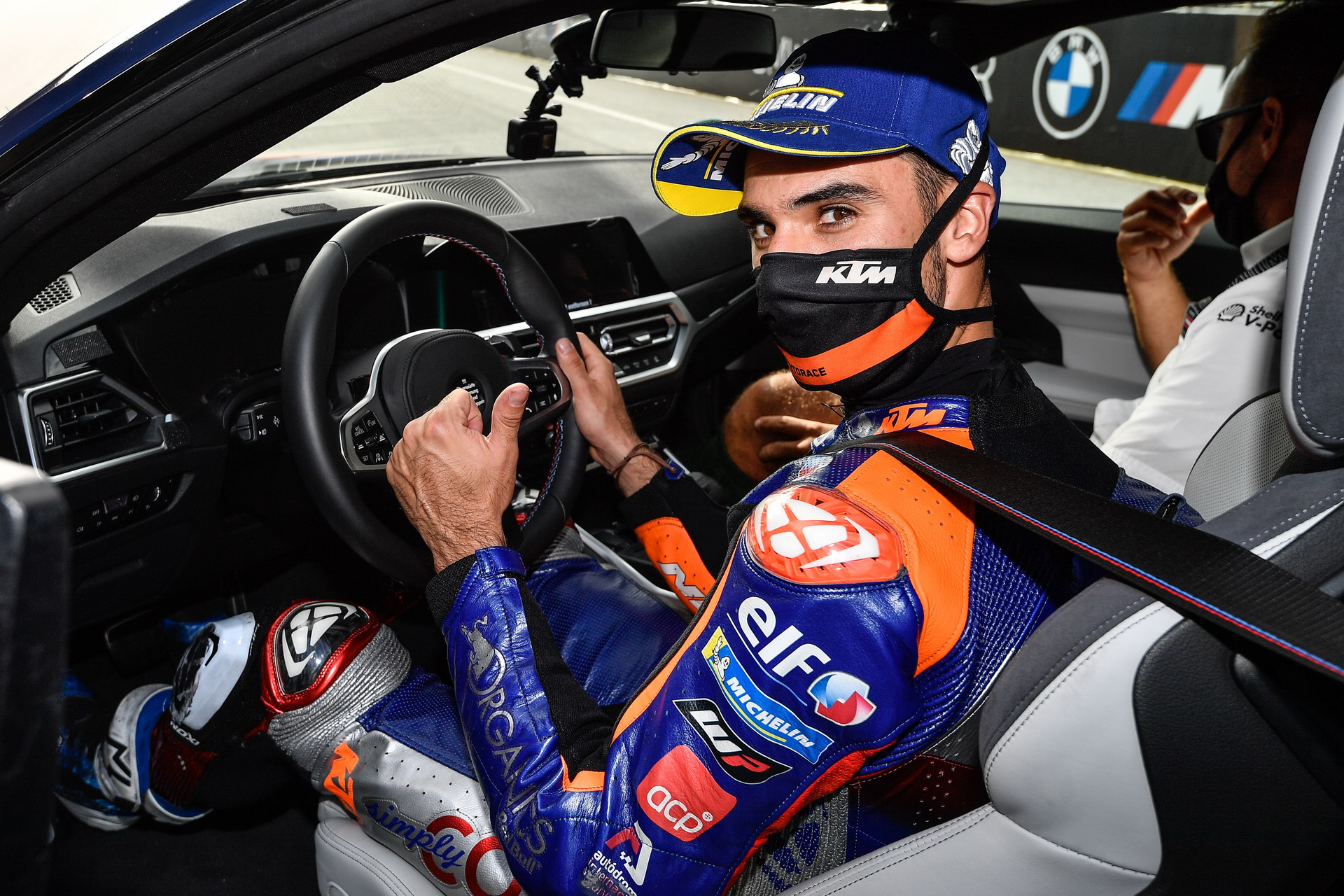 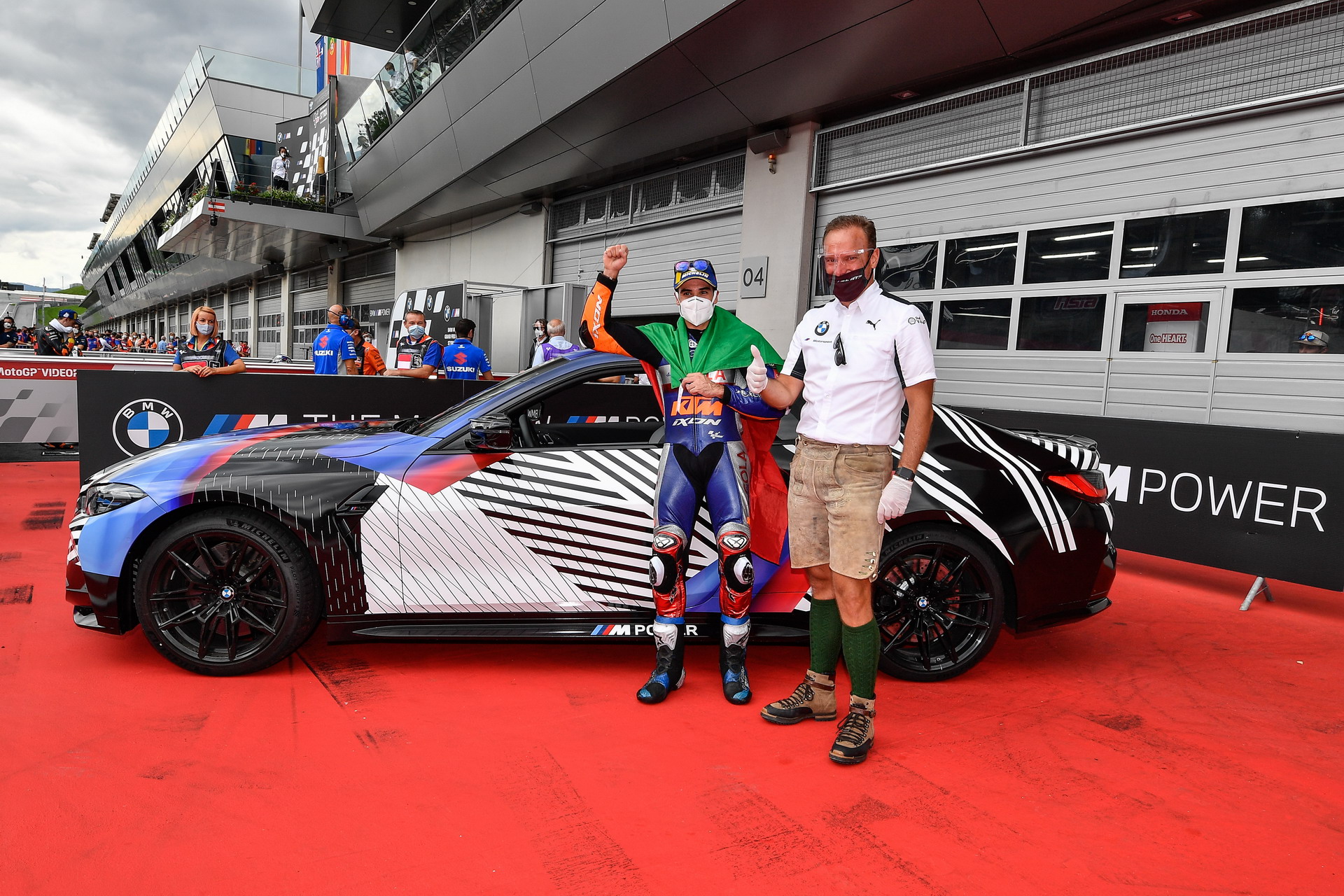