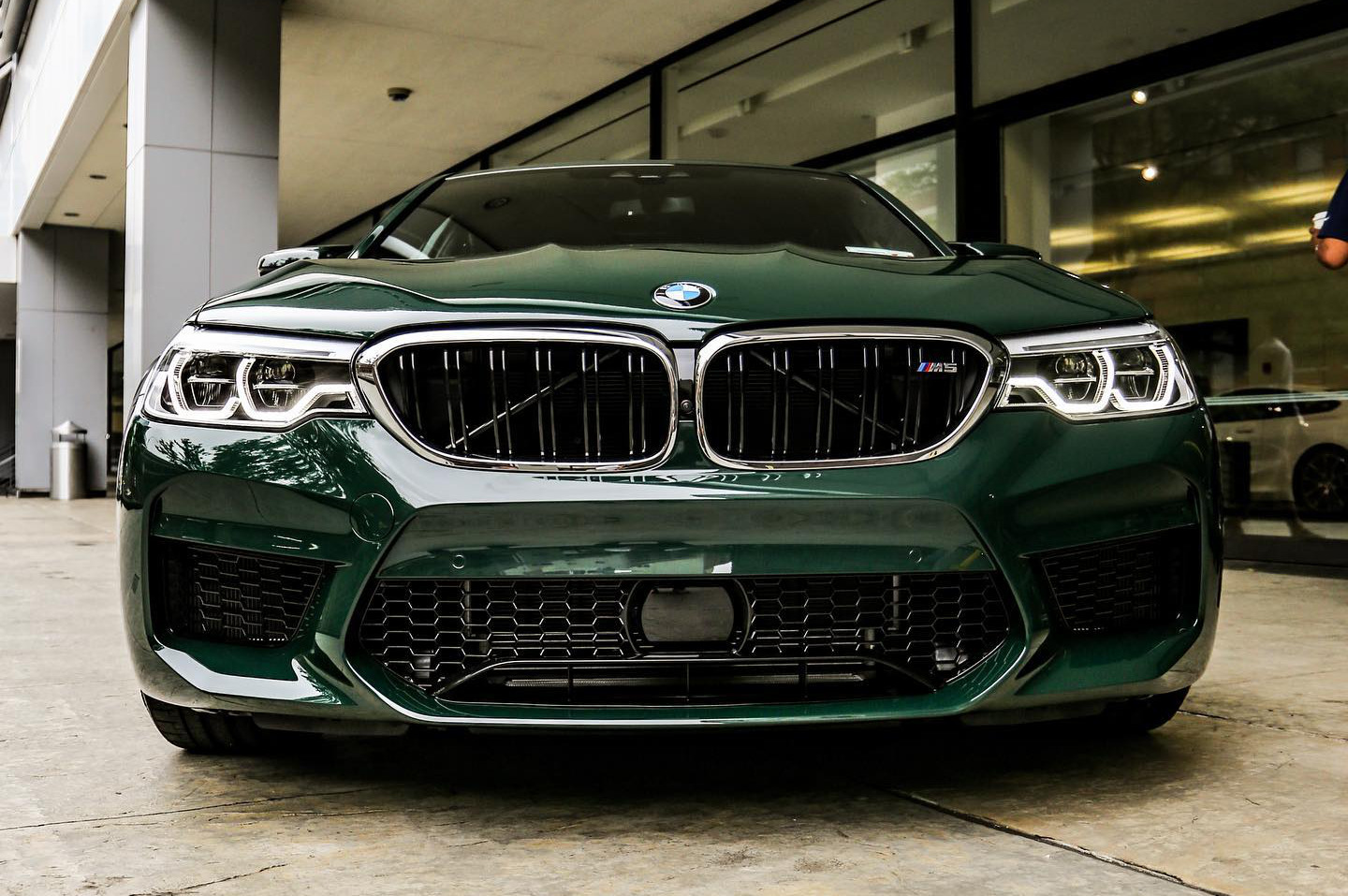 We’ve already seen some new spy photos of the facelifted G30 5 Series and fans rejoiced when they realized it sports normal looking Kidney Grilles. In fact, they’ve barely changed over the pre-facelift car. That face made a lot of BMW fans happy, as they feared the new-face 5er might get the same grilles as the upcoming 4 Series. Those same fans might get some continued relief in knowing that the facelifted BMW M5 will also get a normal grille design, as seen in these new spy photos. (We don’t own the photos but you can see them here)

In these new photos, we can clearly see a facelifted BMW M5, wearing camouflage, sitting next to a pre-facelift M5. As they sit next to each other, we can easily see the differences between the two cars and they’re quite subtle.

For starters, the grille design seems to be shaped differently from the previous car’s. It’s a bit more rounded at the edges and does seem a bit bigger. But, overall, not too different from before and certainly not as absurd as the grille found on the upcoming M4.

The BMW M5 also gets new headlights, same as the ones found on the standard 5 Series facelift we’ve already seen spied. That means they loses the little notch at the bottom, toward the Kidneys, and now stay flat all the way to each grille. They also feature more angular lighting elements on the inside, staying flatter and sharper, rather than the rounded, more circular lights from before. This new look might bother some enthusiasts who prefer the more traditional circular shape. But others might appreciate the more modern, cleaner look.

These are subtle changes but they should make a big cumulative difference. In fact, we think the facelifted BMW M5 will look quite a bit better than the pre-facelift car and we’re interested to see it, sans camo.