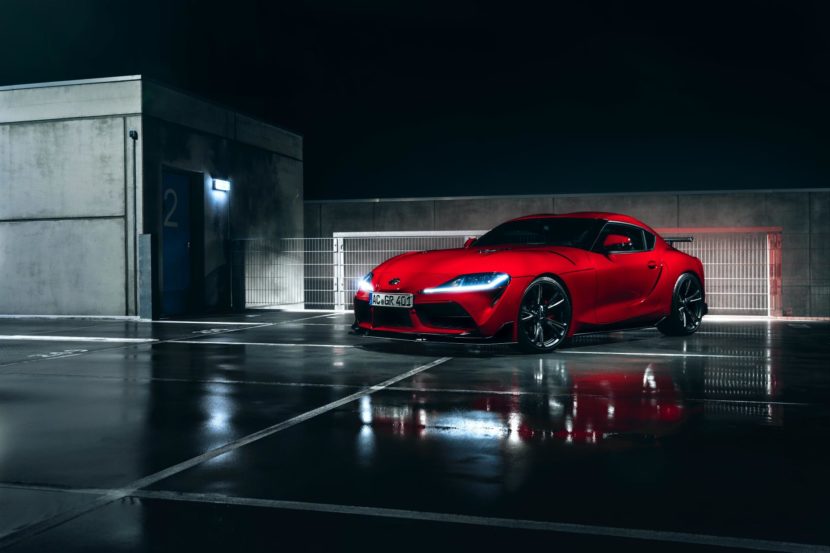 If there was ever a need to confirm that the Toyota Supra is a BMW underneath that pretty sheet metal, it was just taken care of by the people of AC Schnitzer. The German tuner known for making sure BMWs go even faster than they would in standard guise, associated with the Bavarian brand since its inception, just announced it has a tuning kit available for the Toyota Supra. The tuner didn’t just stick to the easy path either. They could’ve easily brought out an ECU tune for what is otherwise a BMW engine under the hood of the Supra and call it a day. Instead, they created an entire package for the Japanese car and I have to say I’m impressed. Since I already mentioned the B58 3-liter straight six engine, I will say the power output goes up to 400 HP and 600 Nm (443 lb-ft) of torque from the standard 335 HP and 500 Nm (369 lb-ft) of torque. 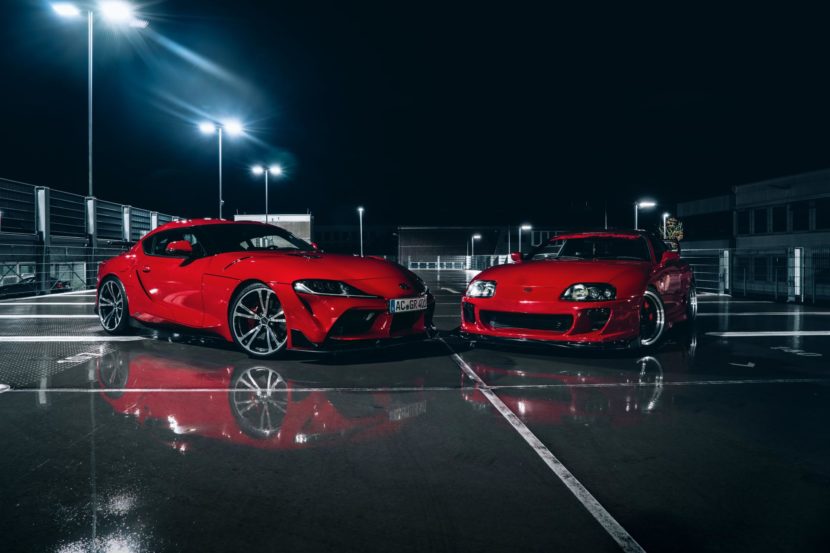 The car in the photo gallery below has other tricks up its sleeve too though. It received RS coilovers, 20″ wheels (in various combinations) and a new exhaust of which we unfortunately have no sound bite to hear. The front end has a new splitter, new side skirts were added to the mix while the rear end now has a wing on display. All things considered, this is one hell of a good looking car, especially in that particular red hue.

Even the interior of the Supra got some love. Carbon fiber and aluminum bits car decorate the interior of your car, should you seek to give a bit more pizazz. The center console seems covered in a new carbon fiber trim while the pedal covers have been changed out for some AC Schnitzer aluminum ones. All we need now is a set of performance specs but AC Schnitzer was silent on that topic for now. We’ll keep you posted if anything changes in the future.