After the new X1 LCI generation received its plug-in hybrid variant, BMW will extend the technology to the X2 Sports Activity Coupe as well. Slated for debut next year, the new BMW X2 xDrive25e will mark the entrance of the compact SAC into the world of electrification. The new plug-in hybrid X2 is just one of the many electrified models that BMW is planning to roll out until 2023.

The test car that was recently spotted by spy photographers could have easily gone as a standard ICE version. The only relevant signs we are dealing with a plug-in hybrid is the door placed “Hybrid Test Vehicle” sticker and the opening cover for the charging port, positioned on the front left wing. 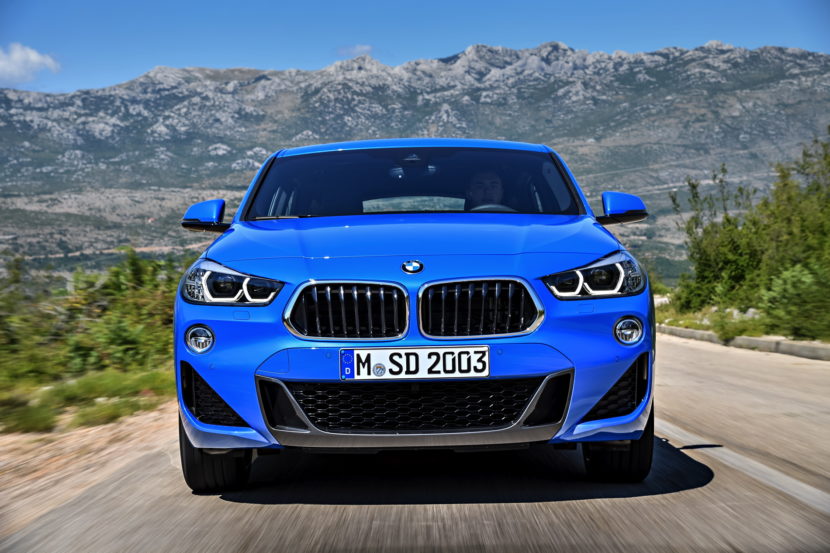 The series X2 xDrive25e will have a seamless integration in the landscape, with no additional physical and visual indication that the car is a plug-in hybrid vehicle, as the former iPerformance badging is gone now. The instrument cluster will feature blue shades and an eDrive inscription. As well, the door sills and and the engine cover will display eDrive logos. 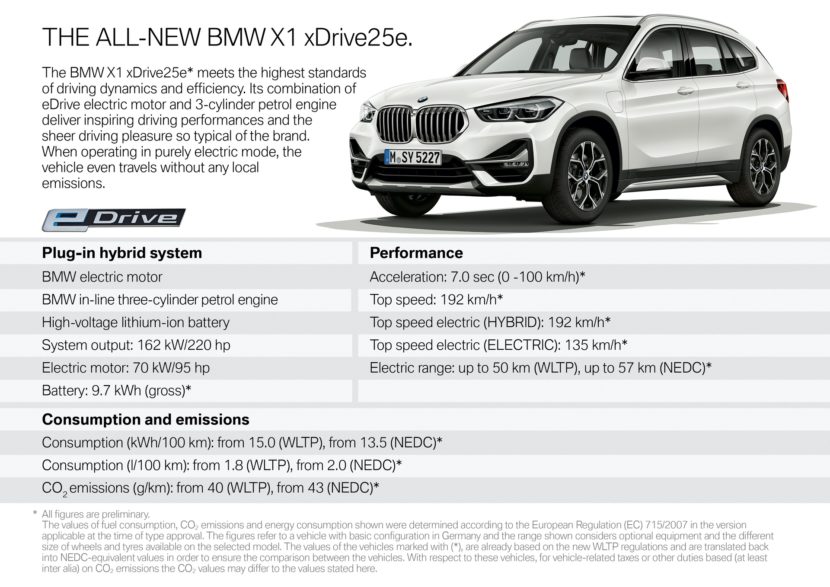 The hybrid powertrain of the new BMW X2 xDrive25e will be identical to the one on the electrified X1. The architecture comprises a 1.5-liter three-cylinder frugal petrol engine with an output of 125 PS (123 hp), while the electric motor is rated at 70 kW/95 PS (94 hp). Together, the maximum output of the hybrid configuration tops 162 kW/220 PS (217 hp).

The all-electric range reaches 50 kilometers in WLTP cycle, which translates into 57 kilometers in corresponding NEDC values. The maximum speed is calculated at 192 km/h, while in the ELECTRIC mode, it hits a mere 135 km/h. The acceleration from standstill to 100 km/h takes 7.0 seconds.

We expect to see an introduction of the BMW X2 xDrive25e in early 2020.