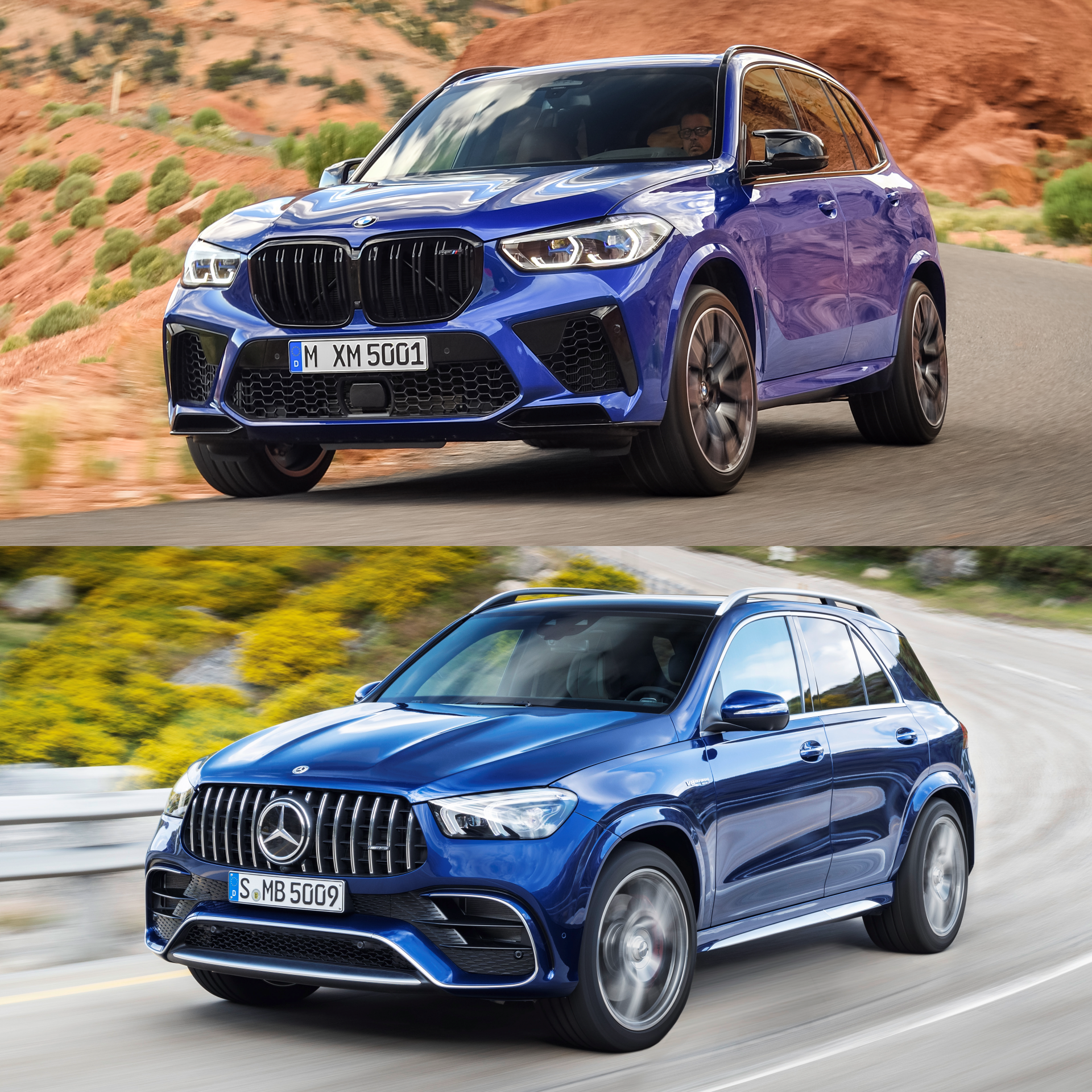 While the Affalterbach-based opponent diluted in brand essence when it embarked on a journey to cover almost every market niche, the rival from Garching has approached a slightly more exclusivist path, with only some BMW models considered worthy enough to receive the performance treatment. 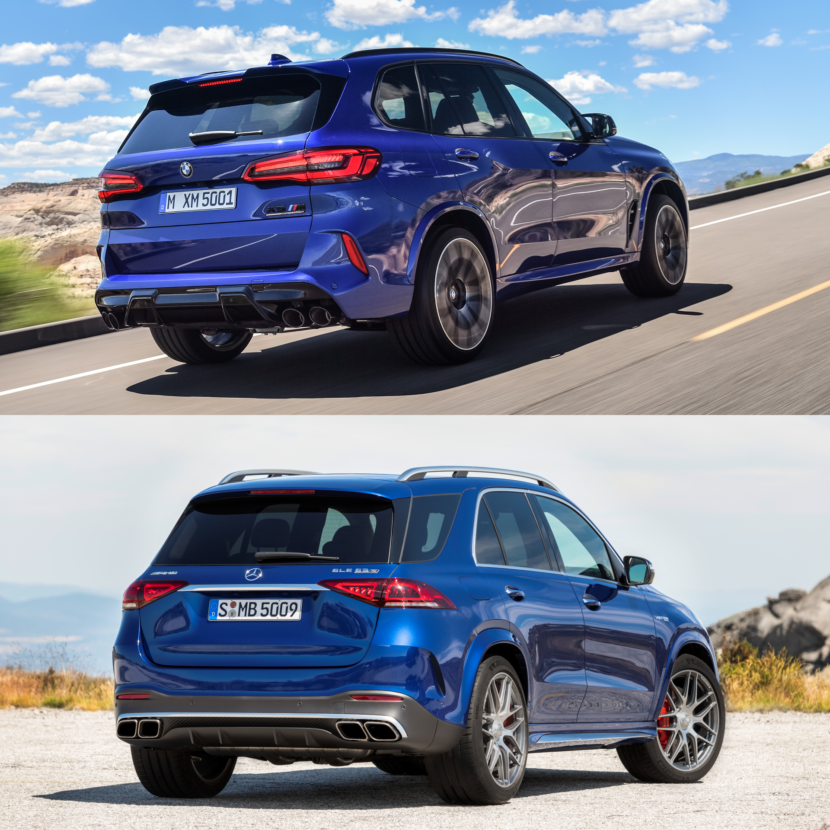 With the occasion of the Los Angeles Auto Show, Mercedes-AMG premiered its all new GLE 63 lineup of models. For the first time in history, the 4.0-liter V8 BITURBO unit powering the new AMG SUV is featuring a mild-hybrid configuration with the addition of an electric starter generator which provides an additional 22 PS (21.6 hp). 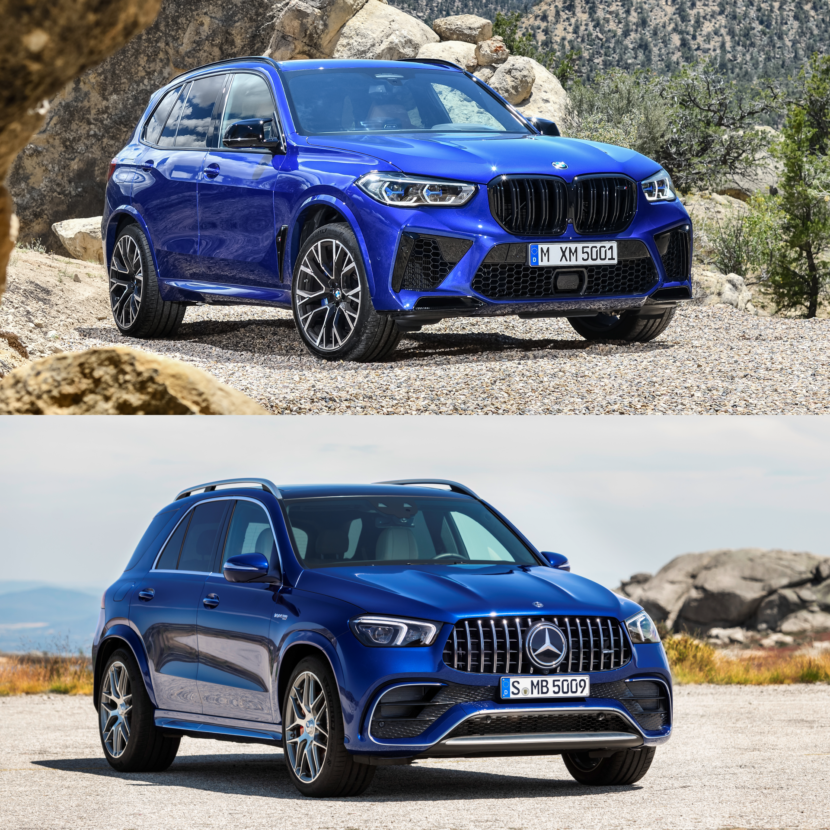 Like the X5 M, the new GLE 63 4MATIC+ too is offered in two versions. The standard GLE 63 4MATIC+ is rated at 571 PS (563 hp), while the grumpier GLE 63 S 4MATIC+ boasts an output of 612 PS (604 hp). The all-wheel drive system 4MATIC+ is specifically developed to ensure a maximum level of dynamics and agility, while also providing ideal traction on all four wheels. 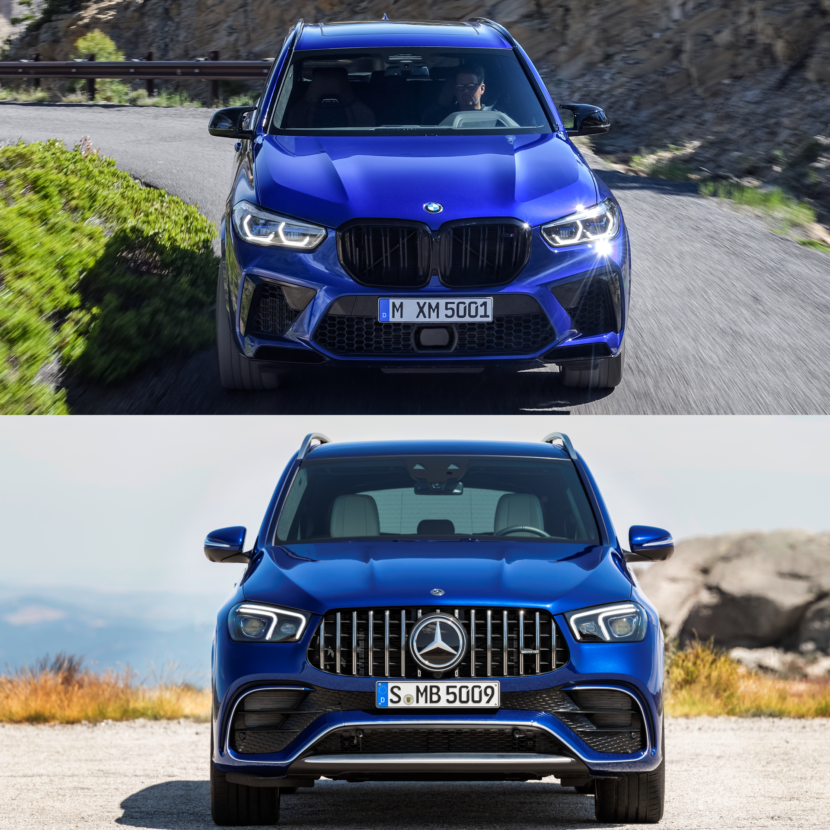 In many aspects, the two rivals are quite close, but there are certain hallmark attributes that make them distinct from one another. The BMW X5 M is powered by a 4.4-liter V8 powerplant featuring bi-turbocharging and a hot inner V configuration. The standard X5 M delivers a peak output of 600 PS (592 hp), whereas the X5 M Competition shows even more potency at 625 PS (617 hp). Like the Merc, the X5 M is developed on all wheel drive platform equipped with the M xDrive specially engineered integral traction system.

Until some proper comparisons will be carried out, we can examine the aesthetics of the two models. They are truly unique in their exterior and interior design and the difference between them is quite striking, as two opposite styling philosophies are confronted. 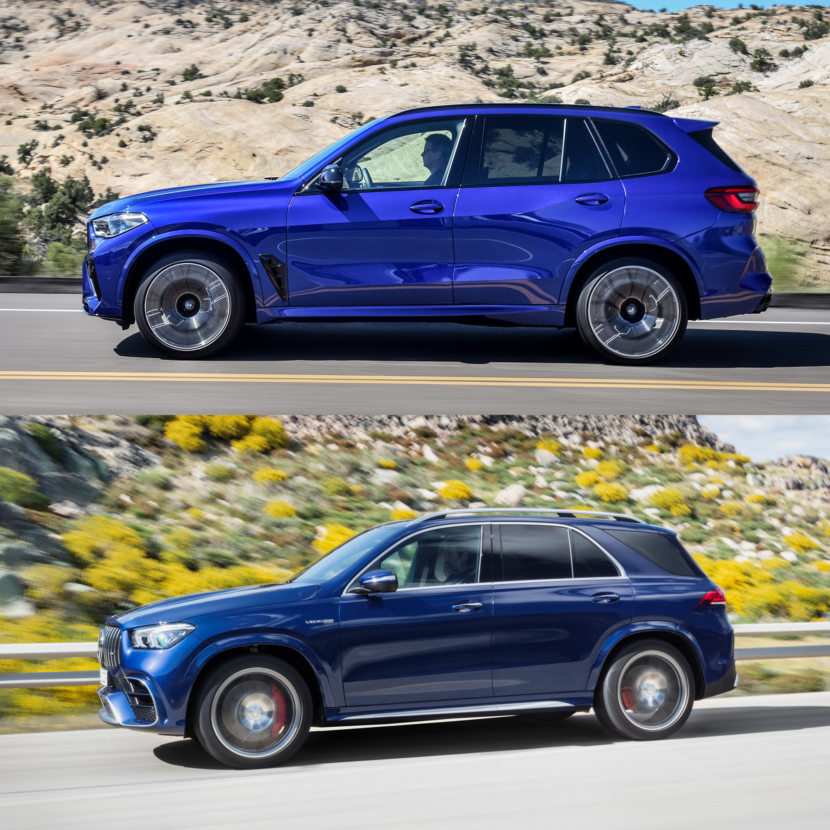 The GLE 63 S has the most bling of the two, with a rather huge use of chromed bits and part, while the X5 M Competition relies on black adornments for side windows, air intakes and kidneys to make a deep impression. Of course, visual comparisons can be subjective, so we will point out a few things.

When looked at from the front, the Bavarian seems to be the more visually balanced car, while the AMG takes a less aggressive approach while employing a larger grille. The rear-end of the Merc is spiced by a set of rectangular quad exhausts, which look very nice and give an impression of power. The X5 M welcomed the addition of classic, round-shaped quad exhaust pipes. 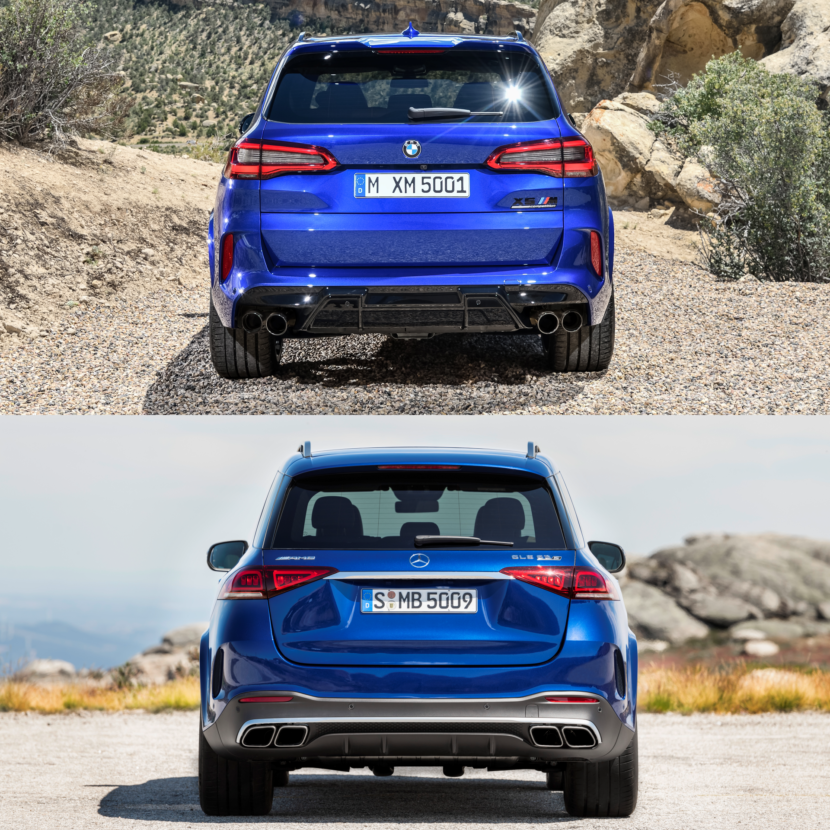 The side profile of the X5 M Competition impresses with its subtle, tamed muscularity. The GLE 63 S, on the other hand, drops some of the concave and convex surfaces for a simpler design.

The two contenders come from different schools also when comparing the interior design philosophies. The Mercedes-AMG GLE 63 S features a pretty much unchanged dashboard, defined by the big digital display. If it weren’t for the AMG steering wheel, this interior would have easily equipped a standard GLE. While the build quality is premium, the layout in the Merc seems a bit uninspiring. 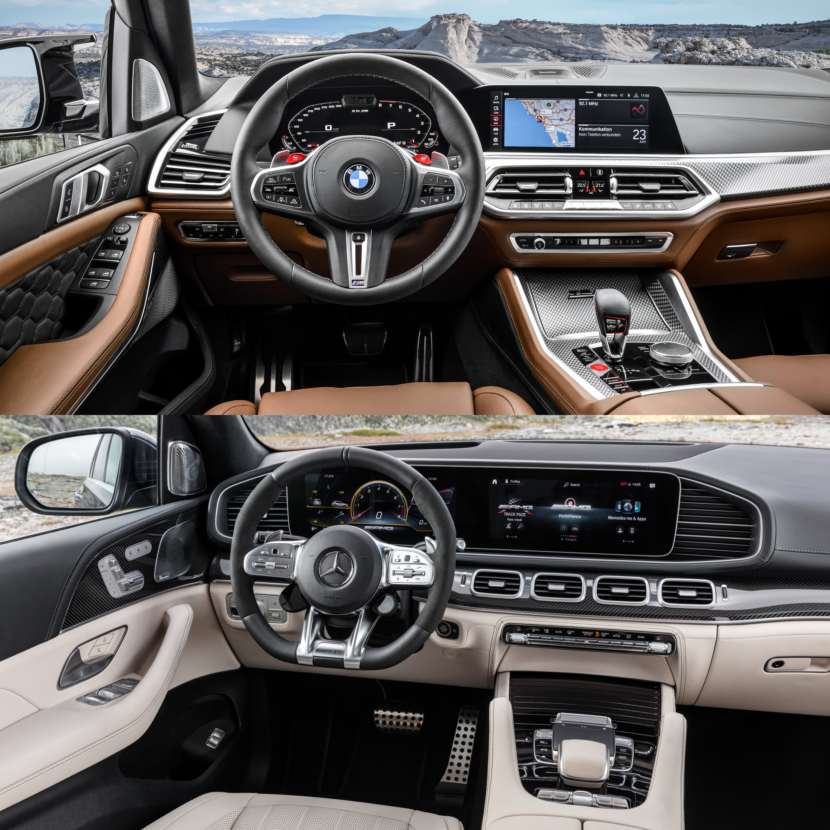 The BMW X5 M Competition showcases a cohesive mixture between classic and new. The main signals you are dealing with an M model are the steering wheels with M1/M2 buttons, the new M electronic gear shifter, the “X5 M Competition” badge on the center console, the specific M style BMW Live Cockpit and the leather upholstery with stitching in M colors.

In addition, there is some special guilting on the seats and door covers, which is unique to BMW M cars.

Again, looks are subjective, so let’s hear your opinion on which one is the better looking SUV.