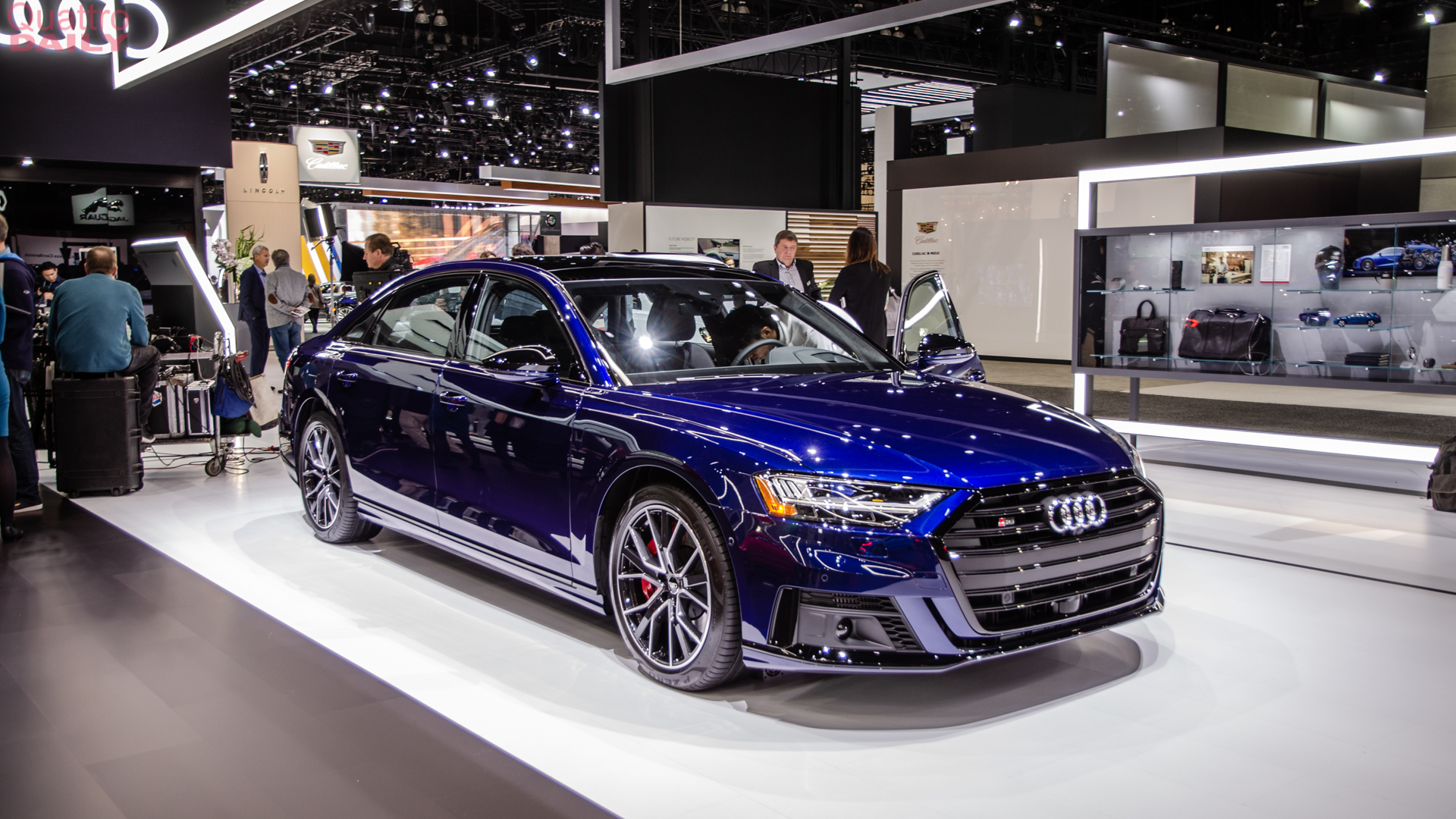 It seems like all cars in this uber-high-performance luxury car segment are just becoming gigantic, squishy, straight-line bullet trains. They’re all astonishingly quick but lack the sort of grace that used to make cars like the E38 BMW 7 Series and D2-generation Audi A8 so wonderful to drive. The all-new Audi S8 seems as if it wants to change all of that, though, and it just debuted in North America at the 2019 LA Auto Show.

The BMW M760Li is a good example of these cars becoming faster but less interesting to drive. Its monster V12 is incredibly powerful and makes the car very fast in a straight line. But its squishy suspension and asteroid-like curb weight push it further from the legendary E38-generation than ever before. The same can be said about the Mercedes-AMG S65. However, the all-new Audi S8 looks like it wants to do both. 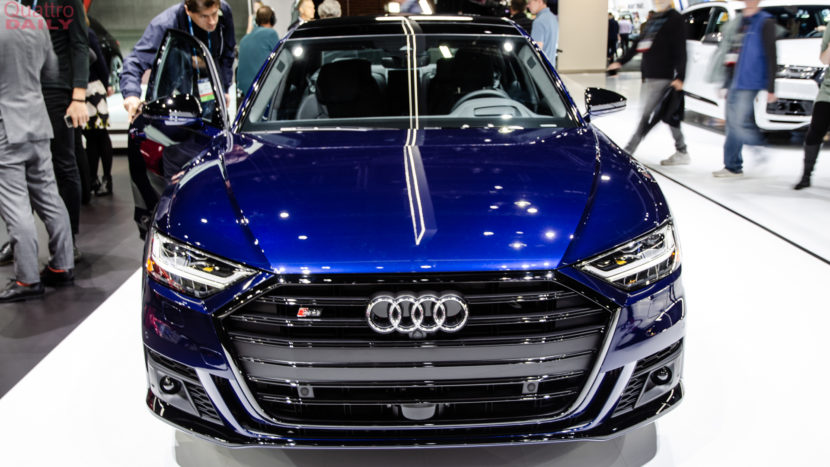 Under its hood lies a 4.0 liter twin-turbocharged V8 that makes 591 hp and 590 lb-ft of torque. That’s about on par with the M760Li, just down a few ponies. However, the S8 is lighter, which is shocking because it’s still a very heavy car. Audi claims 0-60 mph in under four seconds but it’s likely closer to the low-three-second range.

What makes the Audi S8 more interesting is that the folks in Ingolstadt spent just as much time on developing new handling tech. Like the 7 Series and S-Class, the Audi S8 uses a system that checks the road ahead for bumps, so it can adjust accordingly, ahead of time. However, where the S8 differs from its competitors is that it actually uses an electromechanical suspension setup that utilizes electric motors to raise or lower the ride height on the fly and in milliseconds. So if it senses a bump ahead, it can actually adjust the ride height, as well as the firmness/softness, to cope. Clever stuff. 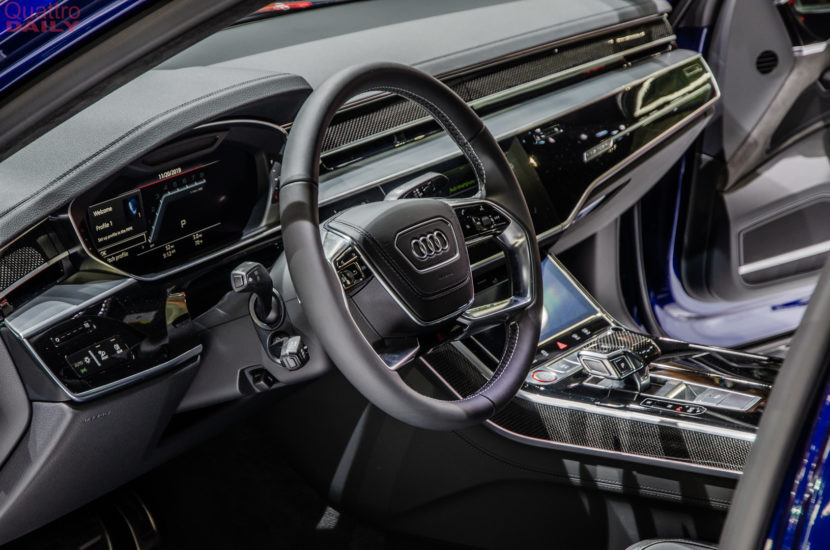 We were already impressed with the new Audi A8, which actually beat the 7 Series in a recent comparison test of ours. So we’re very interested to see what the Audi S8 has in store. 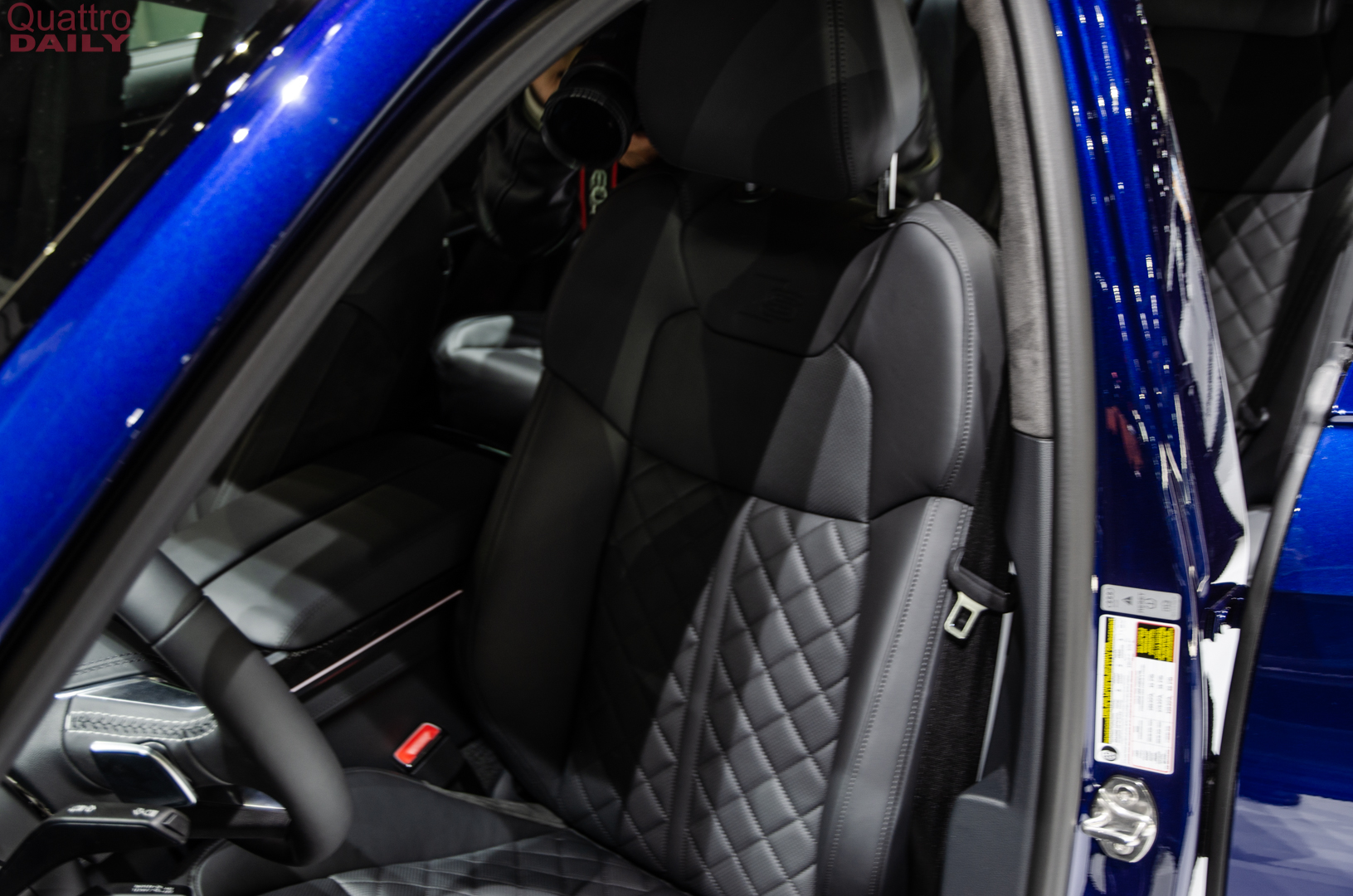 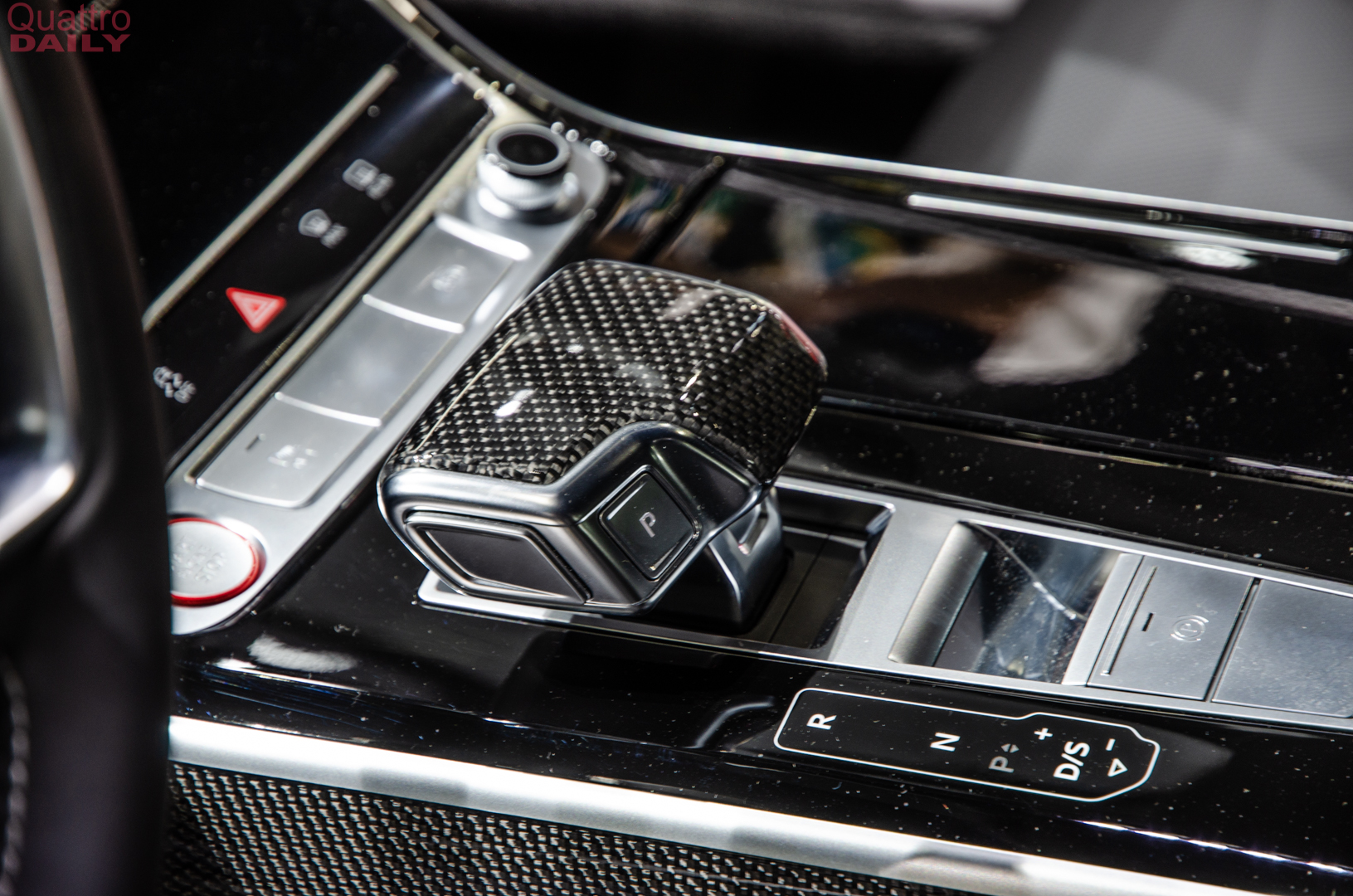 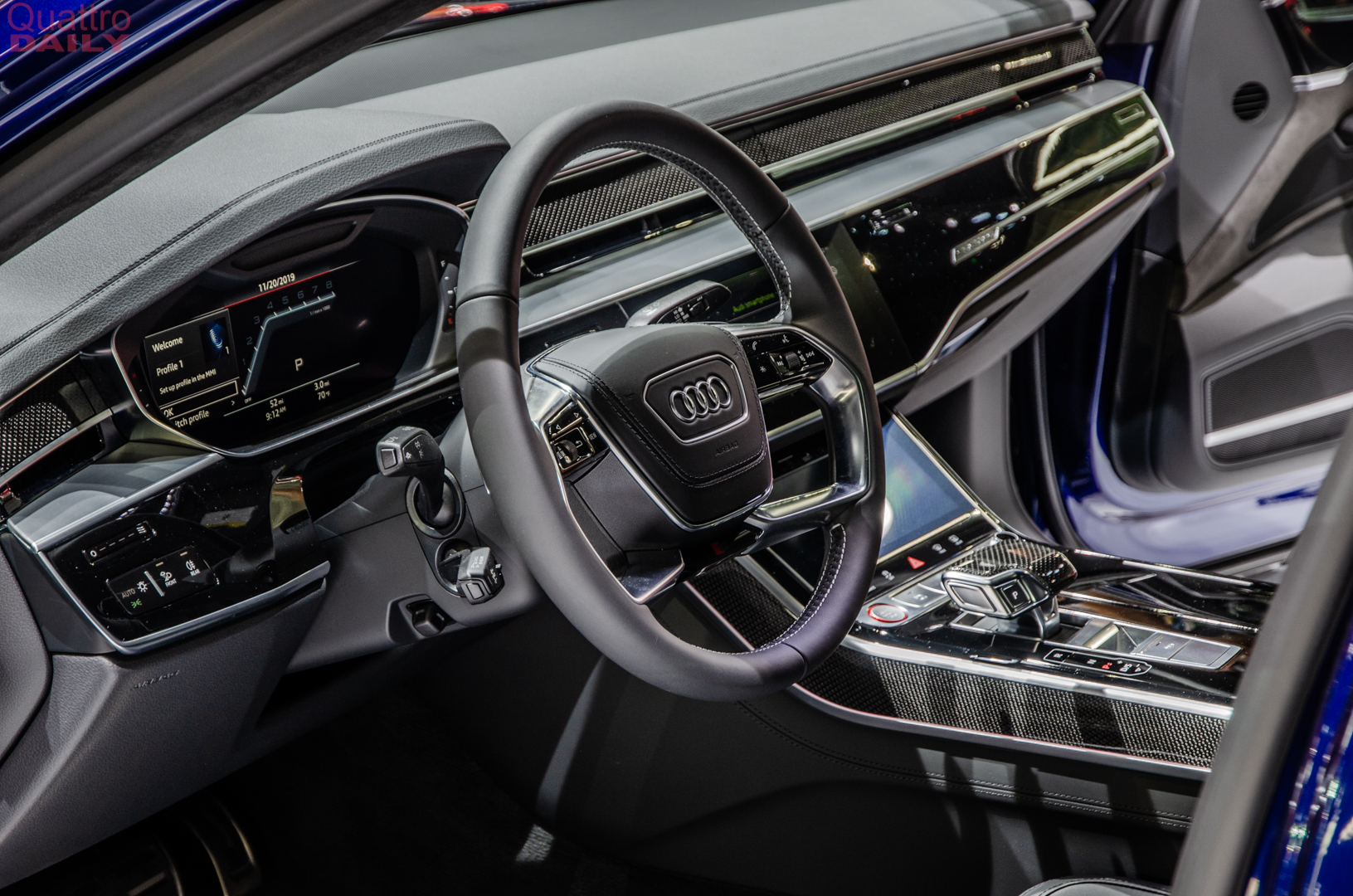 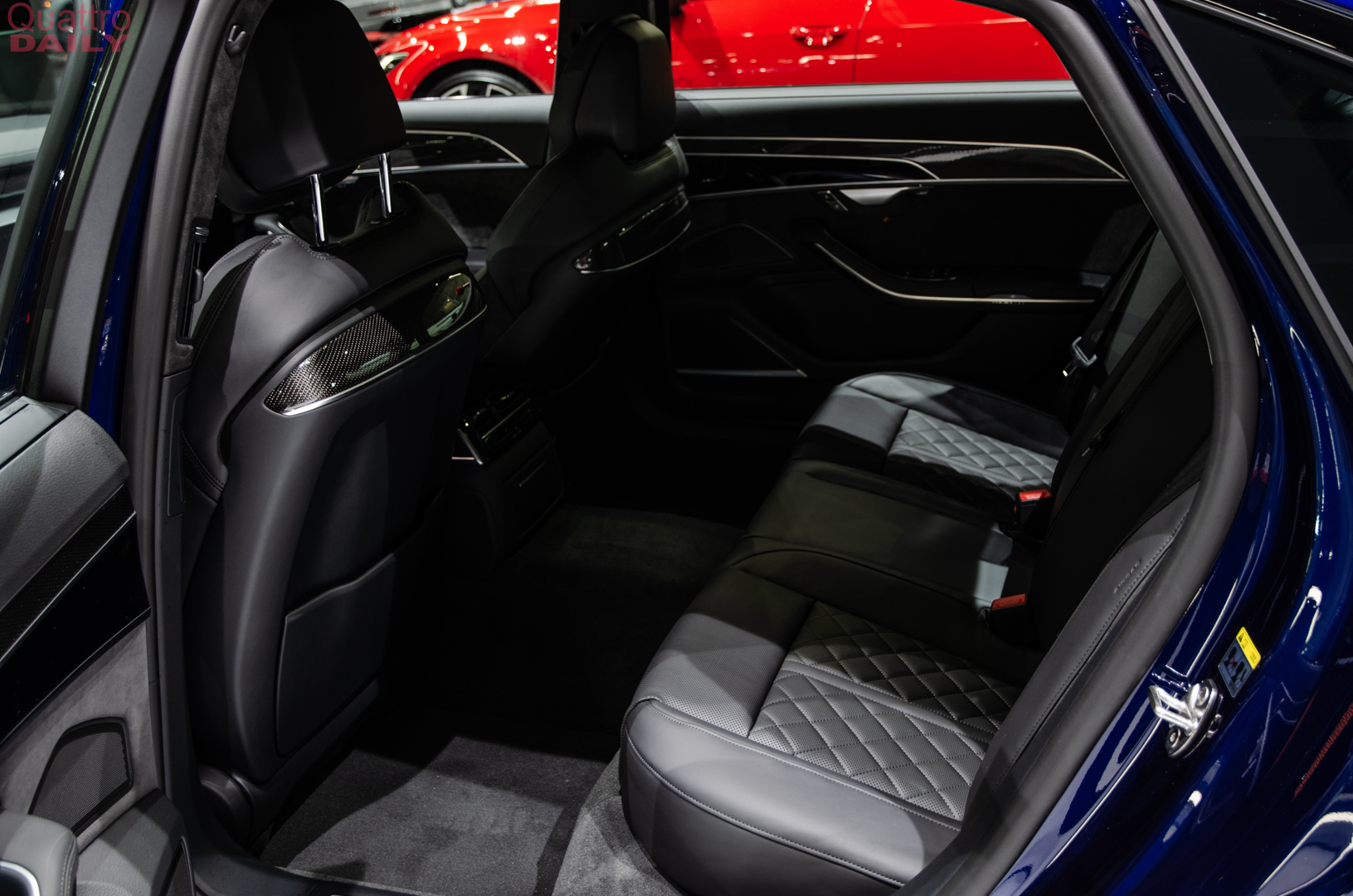 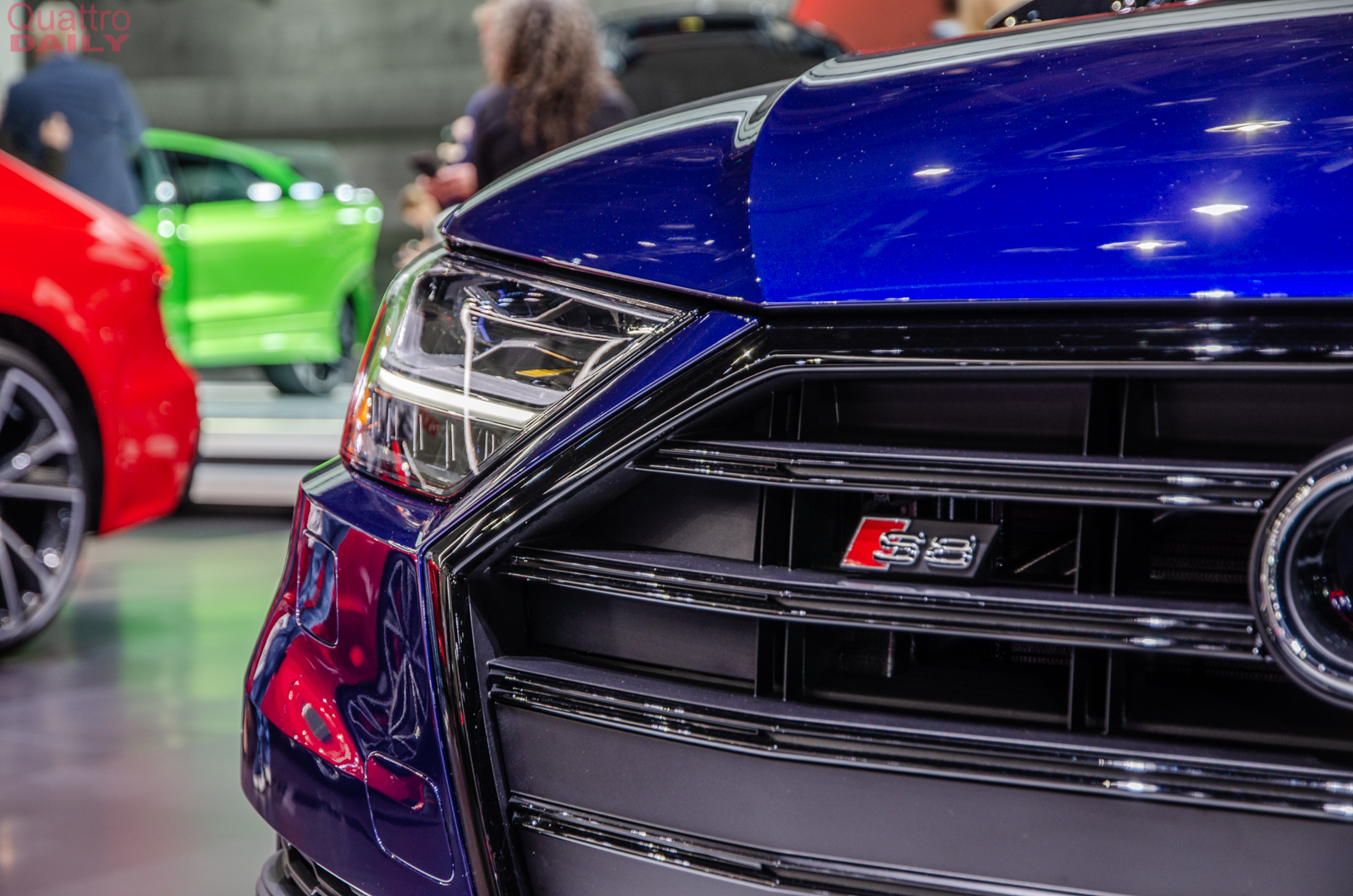 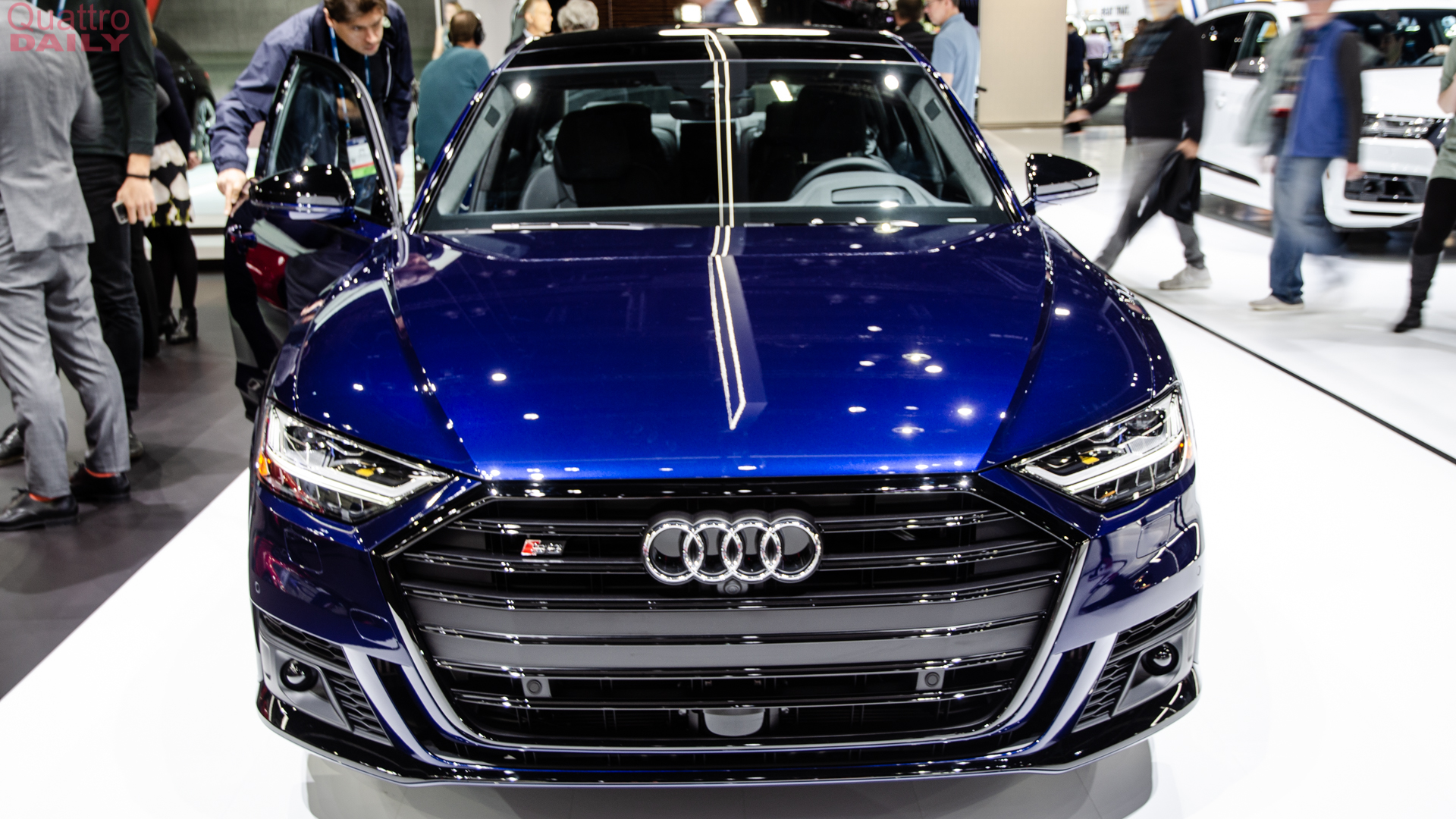