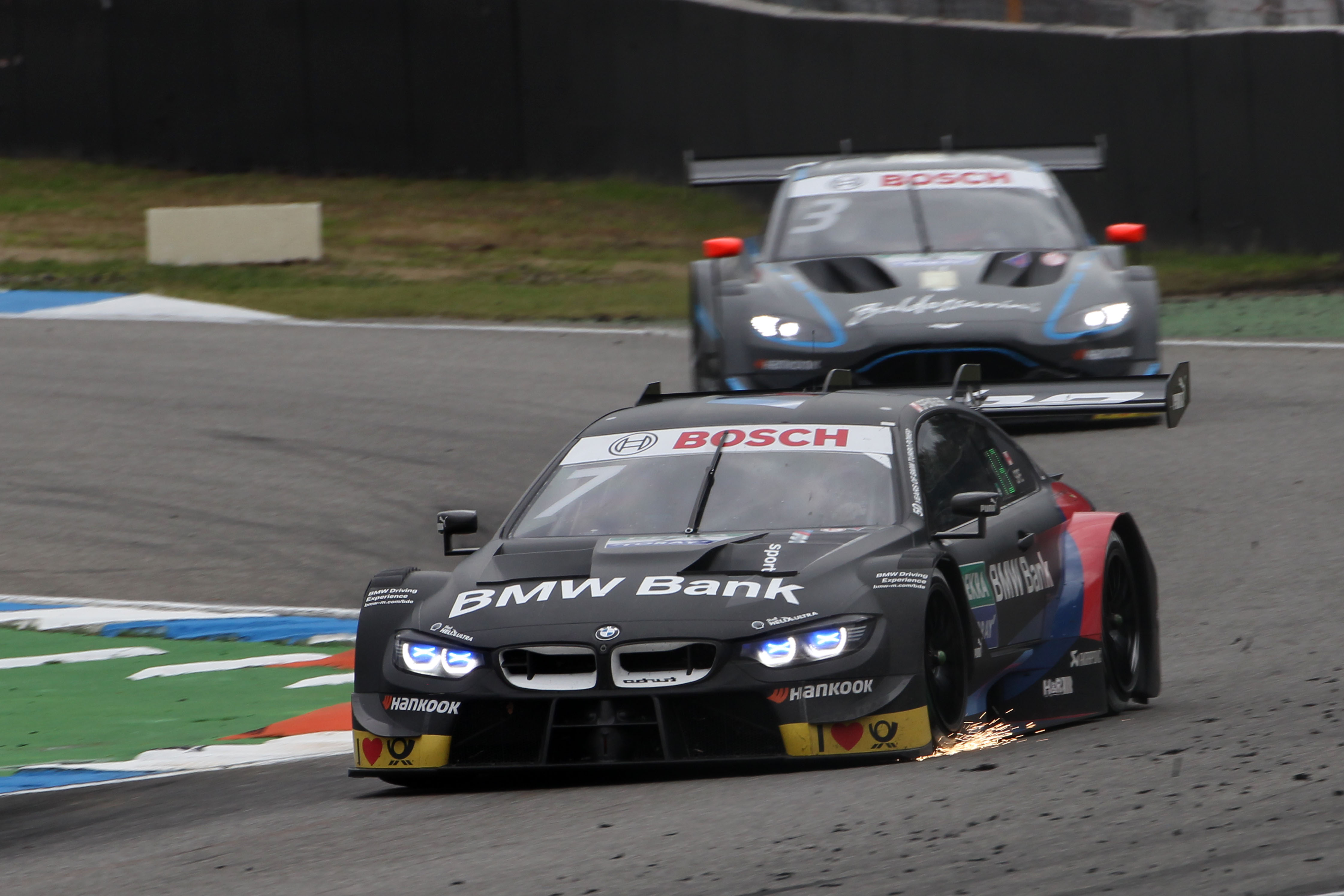 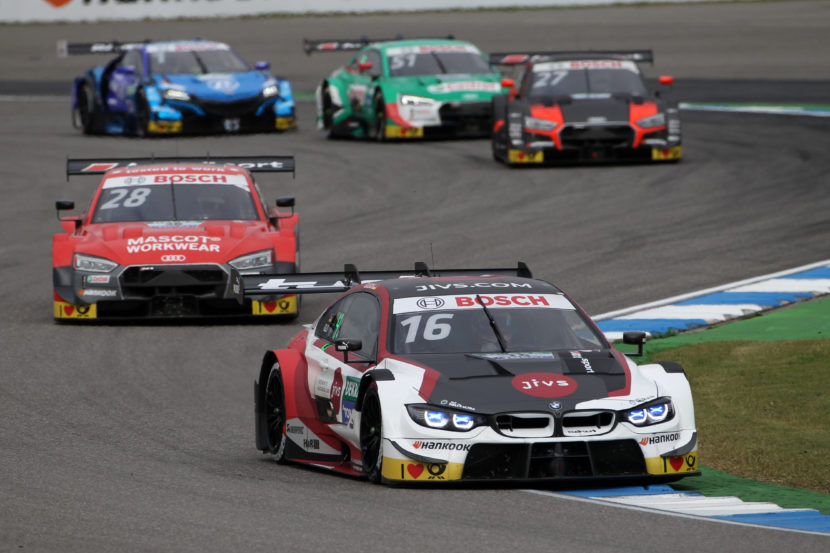 This was also the first opportunity for the DTM drivers to go up against their colleagues from the Japanese Super GT Championship. Jenson Button (GBR, Honda) recorded the best result among the guest drivers, finishing in ninth position.

Wittmann enjoyed a thrilling duel for the win with Rast at Hockenheim and now has 202 points in the drivers’ standings. He is 21 points behind second-placed Nico Müller (SUI, Audi), with another 28 points up for grabs on Sunday. 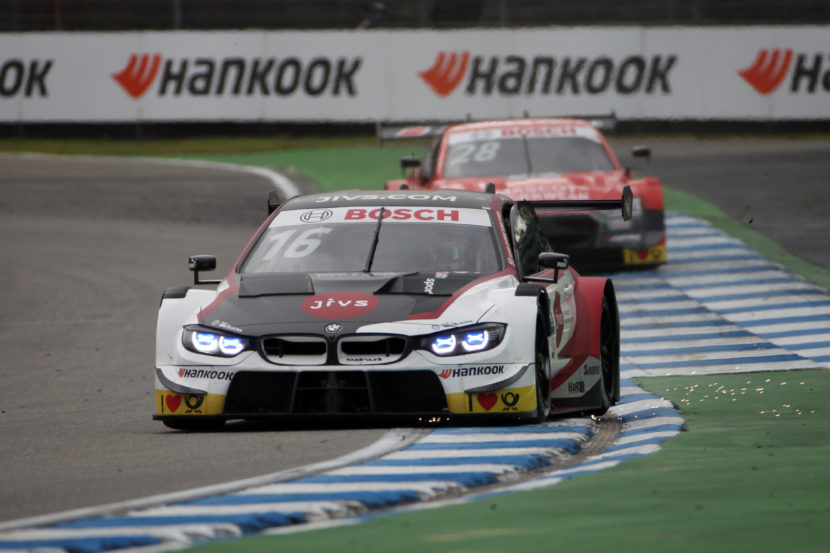 Reactions to the 17th DTM race of the 2019 season at Hockenheim.

Jens Marquardt (BMW Group Motorsport Director):
“Congratulations to Marco Wittmann on this second place. He started from second and was able to hold on to the position until the finish. He had a bit of bad luck with the safety car as our undercut would have been his chance to move up, but then the tyres deteriorated towards the end and he wasn’t able to mount any more attacks. Timo Glock also performed well, but we lost a bit of time during the pit stop due to a problem with the door. We got four BMWs into the top ten today, and we want to take another step in the right direction tomorrow. Marco has moved closer to second place in the drivers’ standings again. We are going on the attack and of course, we are aiming to claim that second spot on the podium again. Congratulations to René Rast on the win.”

Stefan Reinhold (BMW Team RMG Team Principal):
“Well, that was a great start today. All three of our cars made it into the top ten and the guys did a brilliant job. However, qualifying was tough this morning so Marco Wittmann’s performance to claim the podium result was very good. Timo Glock had some extremely bad luck as he really could have made it to pole position. We made the best of it during the race. Bruno Spengler did a great job once again and was on the front foot. Unfortunately, we didn’t quite make it to first place today but we will battle on again tomorrow.”

Marco Wittmann (#11 Schaeffler BMW M4 DTM, BMW Team RMG, Grid: 2nd, Race: 2nd, Drivers’ standings: 3rd, 202 points):
“Today was a good day, with second place in qualifying and then in the race too. The first stint was OK. I did fall back to third place but I managed to work my way back and closed the gap to René Rast just before the pit stop. The situation looked promising. Our strategy to pit earlier than René also looked good. The undercut would have worked if the safety car hadn’t appeared, but then I had to slot back in behind him. After the re-start, I saw my chance and took it but I realised pretty soon that I could not keep pace with René so he was able to overtake me with DRS one lap later and the gap stayed the same after that.”

Bruno Spengler (#7 BMW Bank M4 DTM, BMW Team RMG, Grid: 14th, Race: 8th, Drivers’ standings: 9th, 104 points):
“From 14th on the grid to finish in the points – I can be pleased with that. Eighth place is not a dream result, but it was the best I could do today. We had a good strategy and we stopped at exactly the right time. Many thanks to the team. We’re happy to claim the points today.”

Timo Glock (#16 BMW M4 DTM, BMW Team RMR, Grid: 7th, Race: 6th, Driver’s standings: 12th, 45 points):
“I’m actually lost for words; when have you ever seen a door just pop open like that? I think that’s the first time that’s happened in my DTM career. It’s even more annoying that it happened when I was in fourth place. My pace was very good from the start and I was able to keep up with Marco Wittmann, but the door kept opening wider and I lost so much top speed. It’s a great shame. All in all, we have to be happy that we managed to finish sixth.”

Bert Mampaey (BMW Team RBM Team Principal):
“We had a technical problem with Philipp Eng. We have to wait here until we get the car back. We learned a bit of a lesson with Sheldon van der Linde today. We chose a clever strategy, brought him back in and put on a different set of tyres. Unfortunately, it wasn’t quite enough. Joel Eriksson was involved in an incident in a tight racing situation and lost a few places. We did manage to score two points with him at the end. Congratulations to Marco Wittmann on the podium.”

Philipp Eng (#25 ZF BMW M4 DTM, BMW Team RMR, Grid: 16th, Race: DNF, Drivers’ standings: 6th, 144 points):
“I had a technical problem and I lost drive. But regardless of that, I didn’t have a chance. I wasn’t able to go even one-tenth of a second faster. That was extremely frustrating.”

Joel Eriksson (#47 CATL BMW M4 DTM, BMW Team RBM, Grid: 10th, Race: 10th, Classified as 9th, Drivers’ standings: 11th, 53 points):
“The start went pretty well, as did the re-start but two Audis spun in front of me; I wasn’t able to avoid them and I came to a halt. I lost a lot of places due to that, and my race was effectively over. The pace was good but sometimes there is just nothing you can do.”

Sheldon van der Linde (#31 Shell BMW M4 DTM, BMW Team RBM, Grid: 9th, Race: 16th, Drivers’ standings: 13th, 42 points):
“That was a difficult day. I started poorly and things didn’t improve much after that. We have a lot to analyse, and a lot to learn. I am pretty disappointed.”