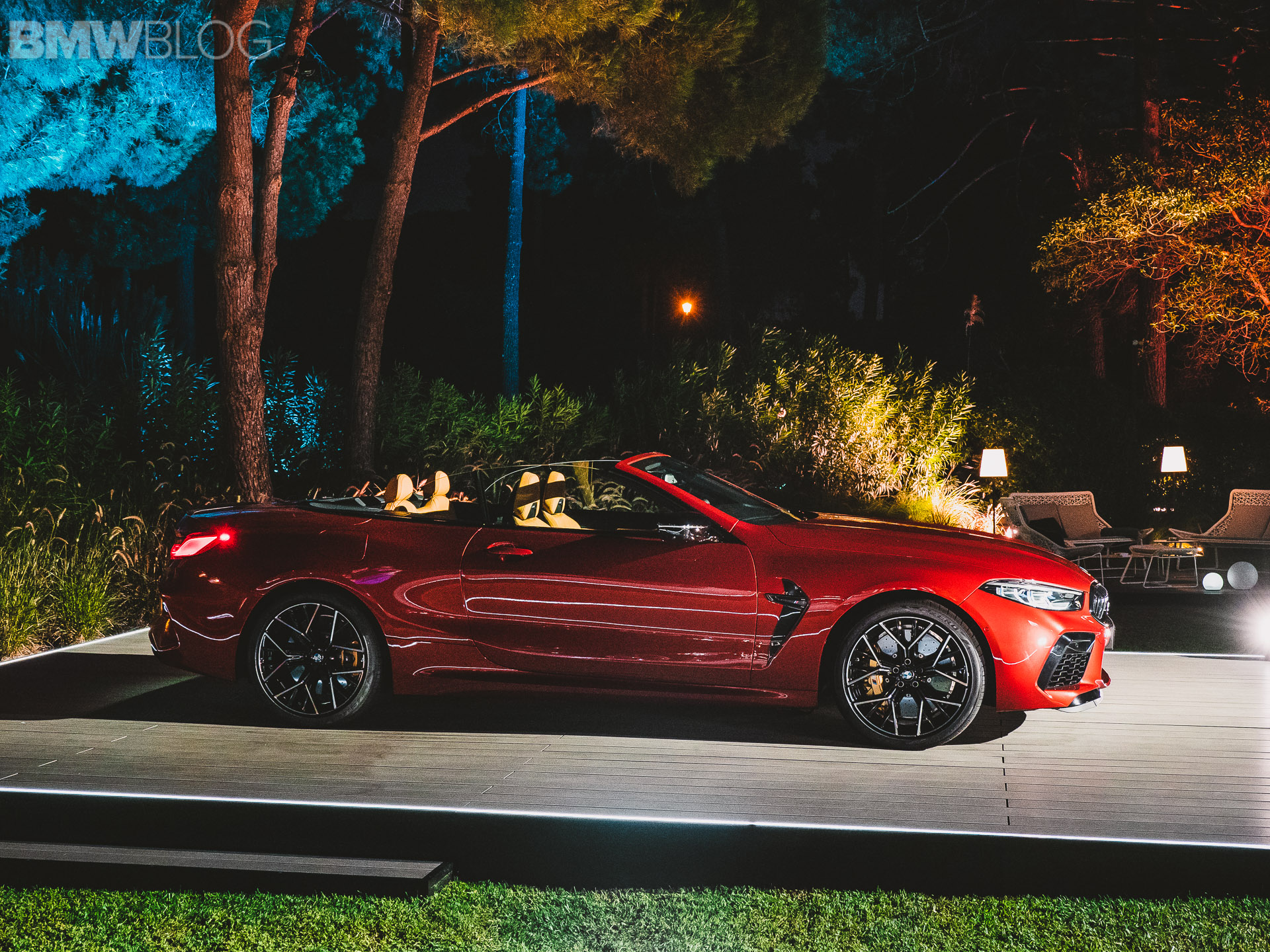 Last night we attended the media introduction of the new BMW M8 Convertible, which was followed today by a scenic drive with the stylish droptop. The driving impressions are under embargo until October 9th, but in the mean time, we’re sharing some photos with you.

The BMW M8 Convertible is seen here in Fire Red and in the Competition guise, which is the only option in some markets. There is, of course, a standard M8 Coupe and M8 Convertible which makes it a bit less power. 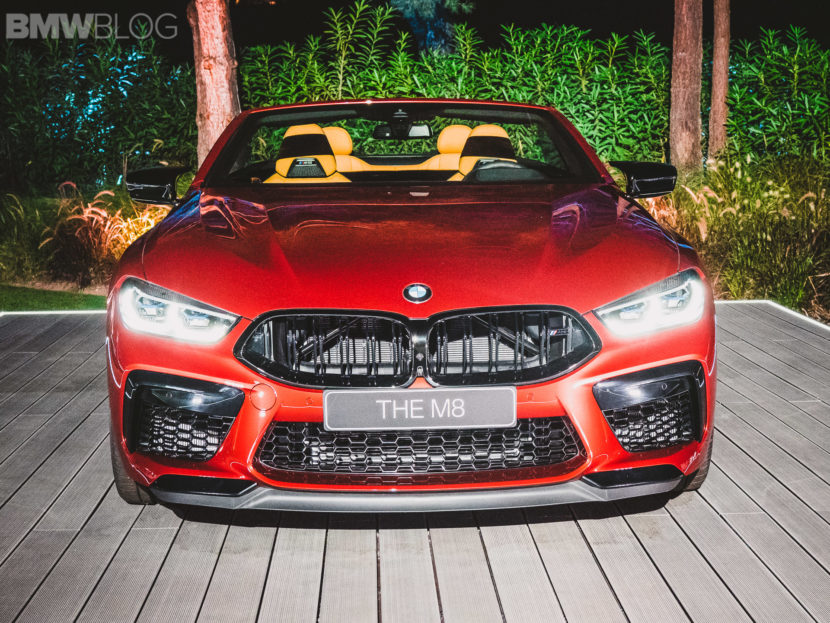 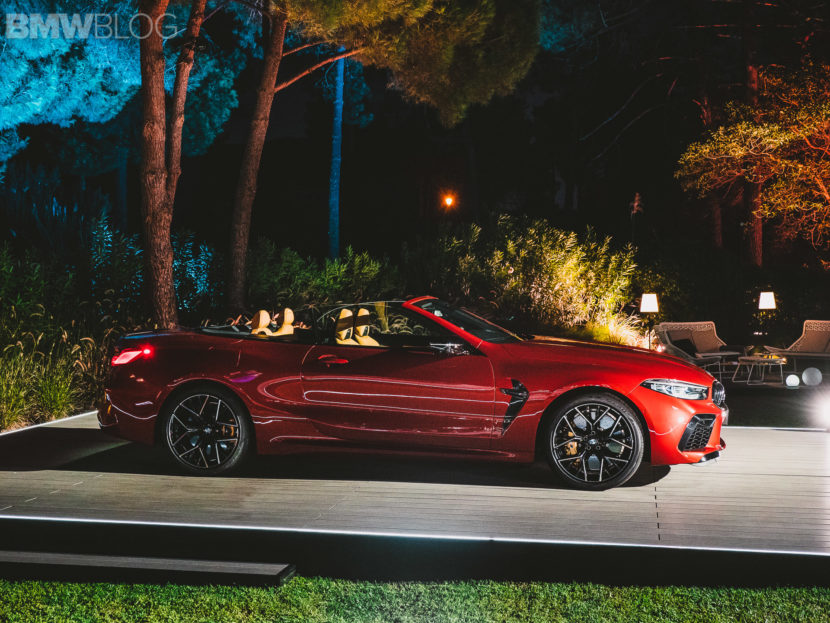 Mechanically, both the BMW M8 Coupe and BMW M8 Convertible are essentially the same. So they get the same styling, the same powertrain, the same all-wheel drive system and the same everything, really. The biggest difference between the two is the fact that the M8 Convertible is a touch heavier, as it replaces a fixed carbon-fiber roof with a folding power soft-top.

Speaking of that roof, the convertible roof for the drop-top M8 is a fabric soft-top. That’s not entirely surprising, considering the M6 Convertible was a soft-top as well, it’s still worth noting. The fabric roof on the M8 Convertible can open or close in just 15 seconds and can be operated at up to 31 mph. 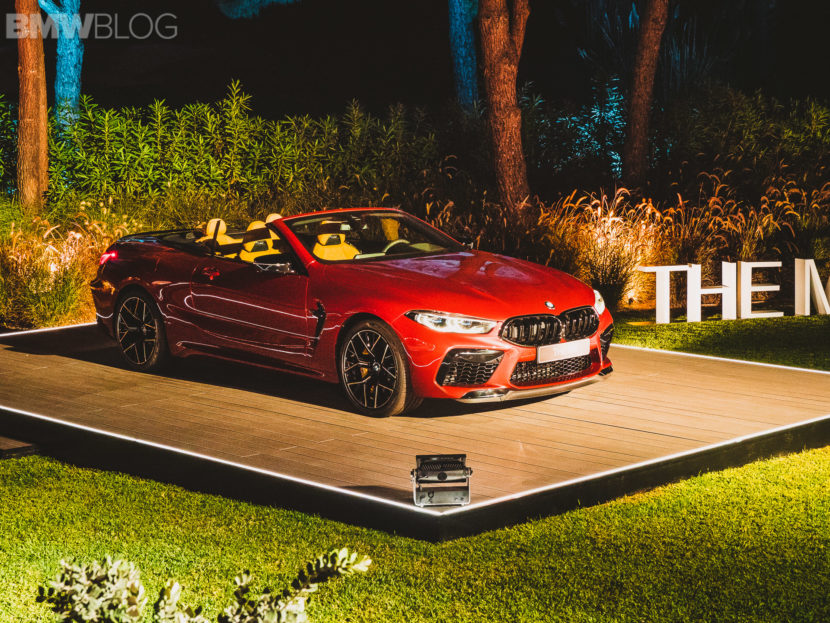 When the roof is closed, it does a decent of keeping its coupe-like profile. A lot of convertibles tend to look a bit off with their tops up. Of course, it looks better with its top down, and is actually really pretty with its top down, so it’s best to let the open air in. 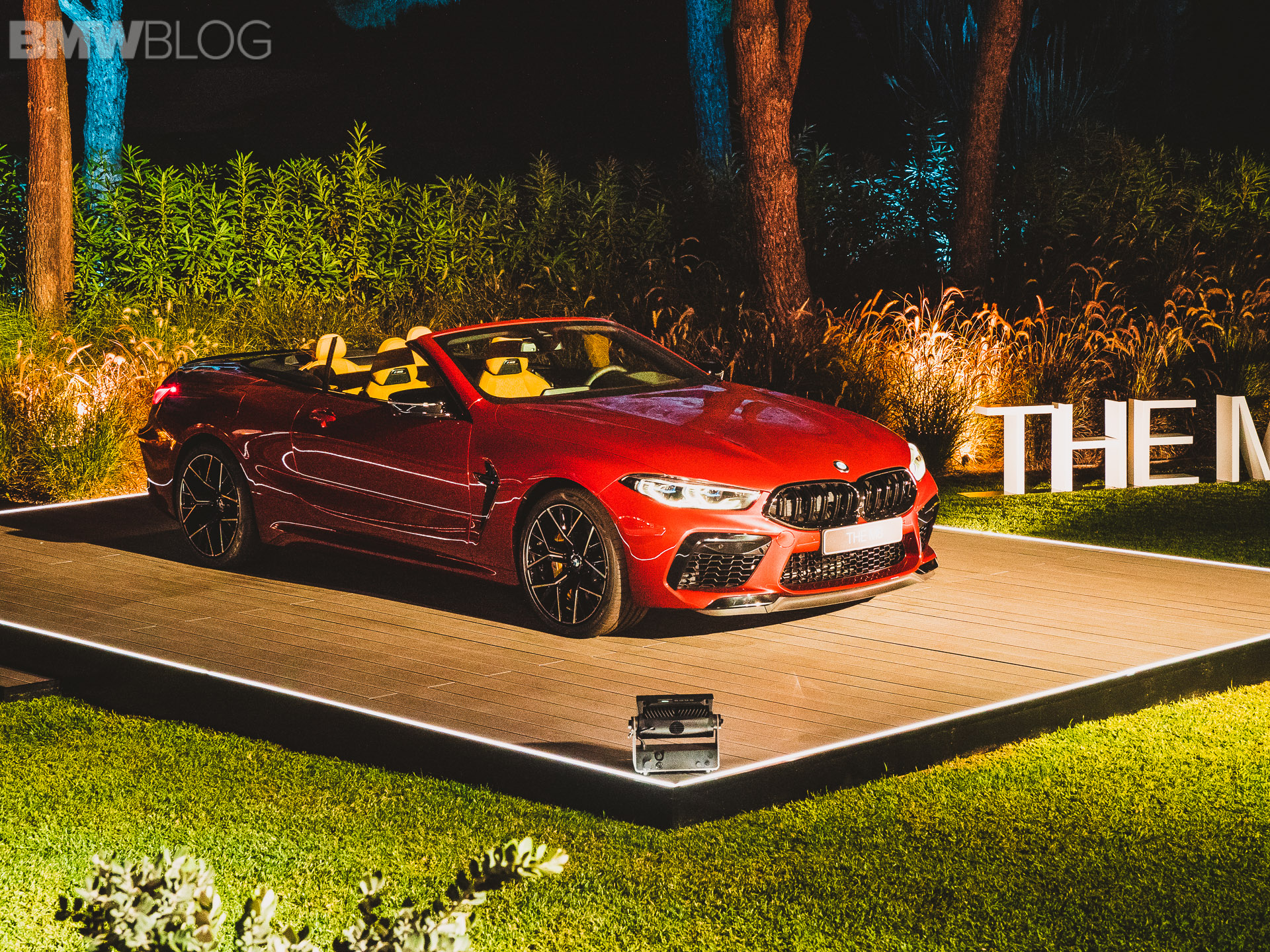 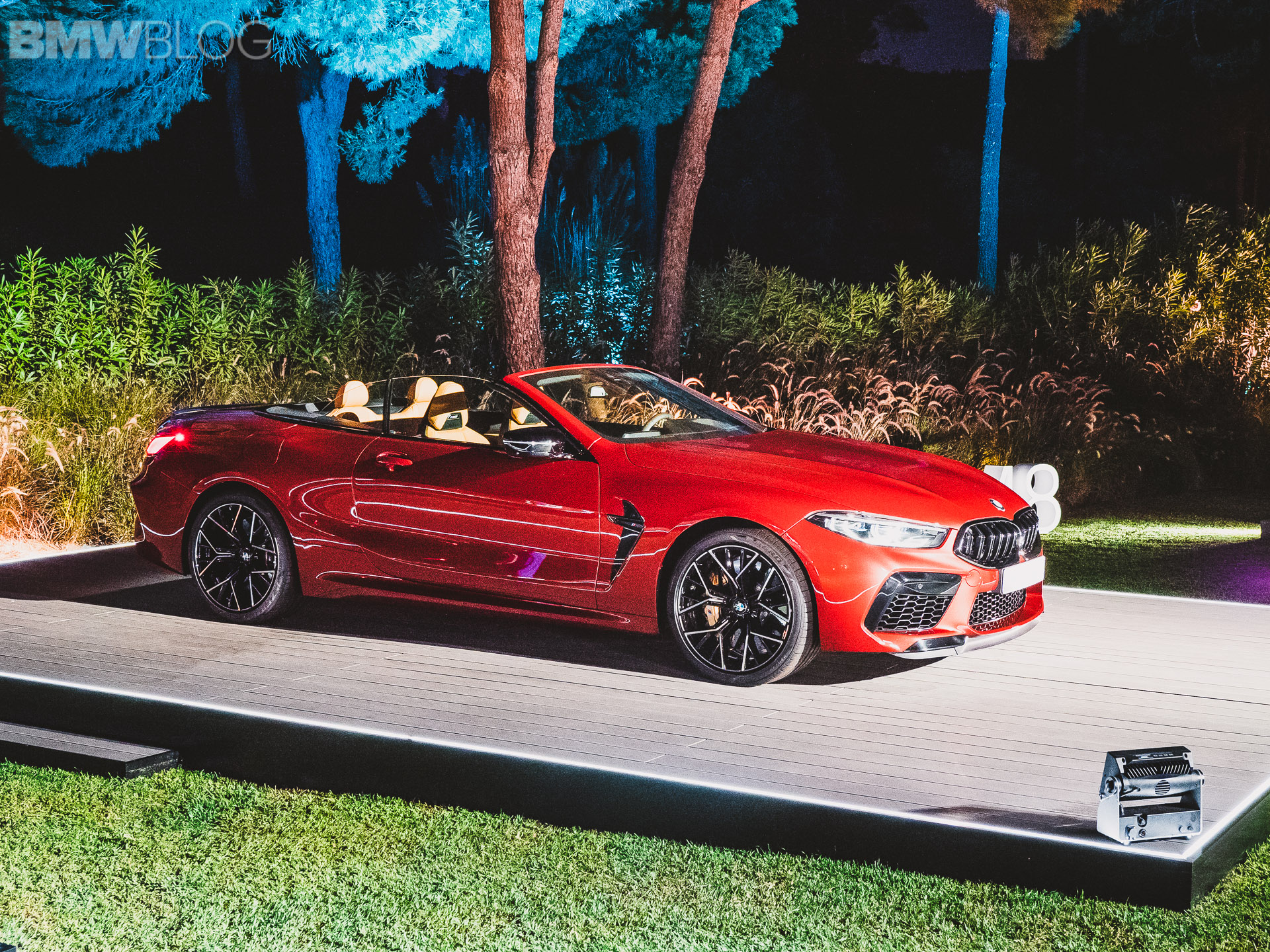 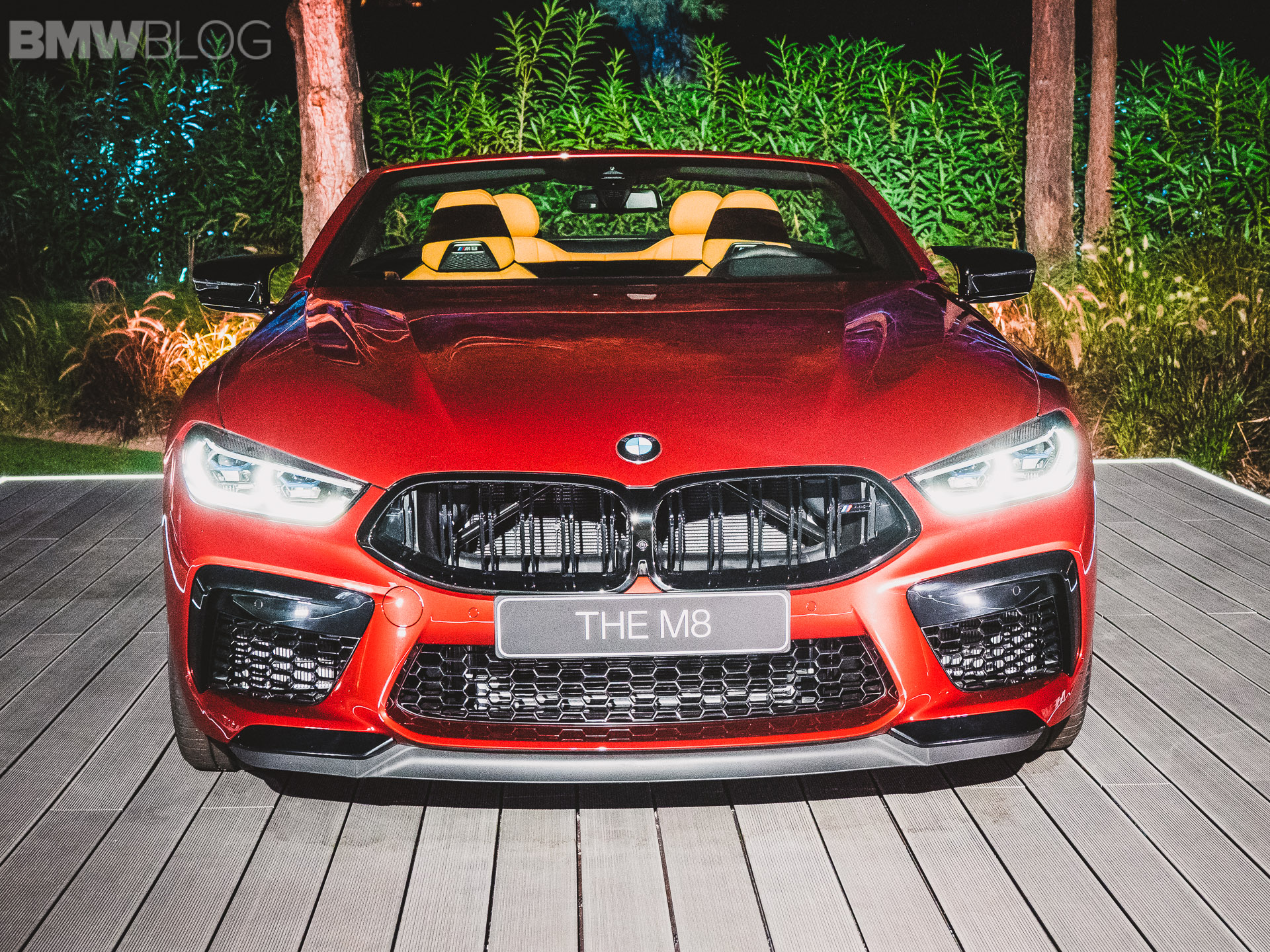 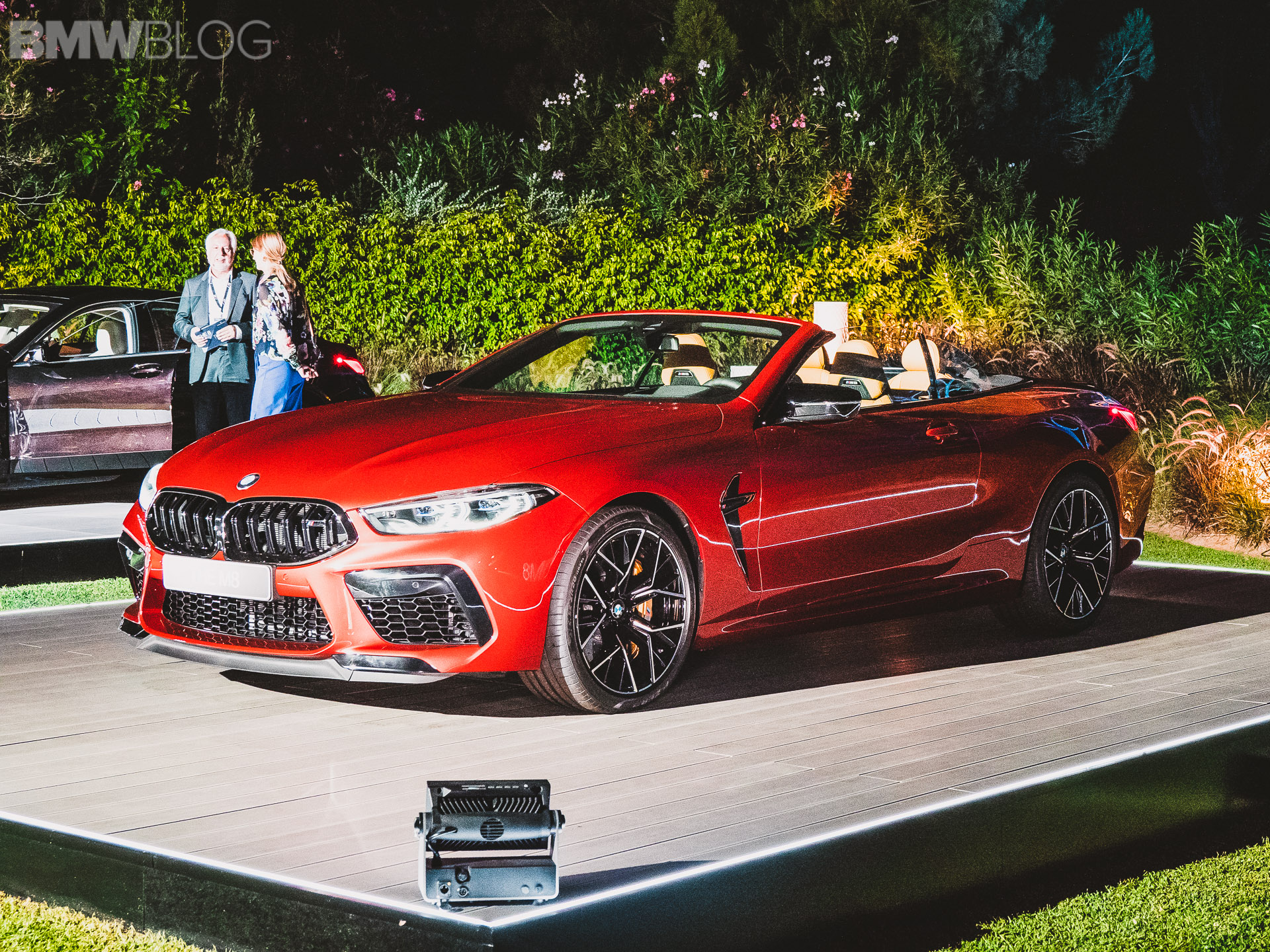 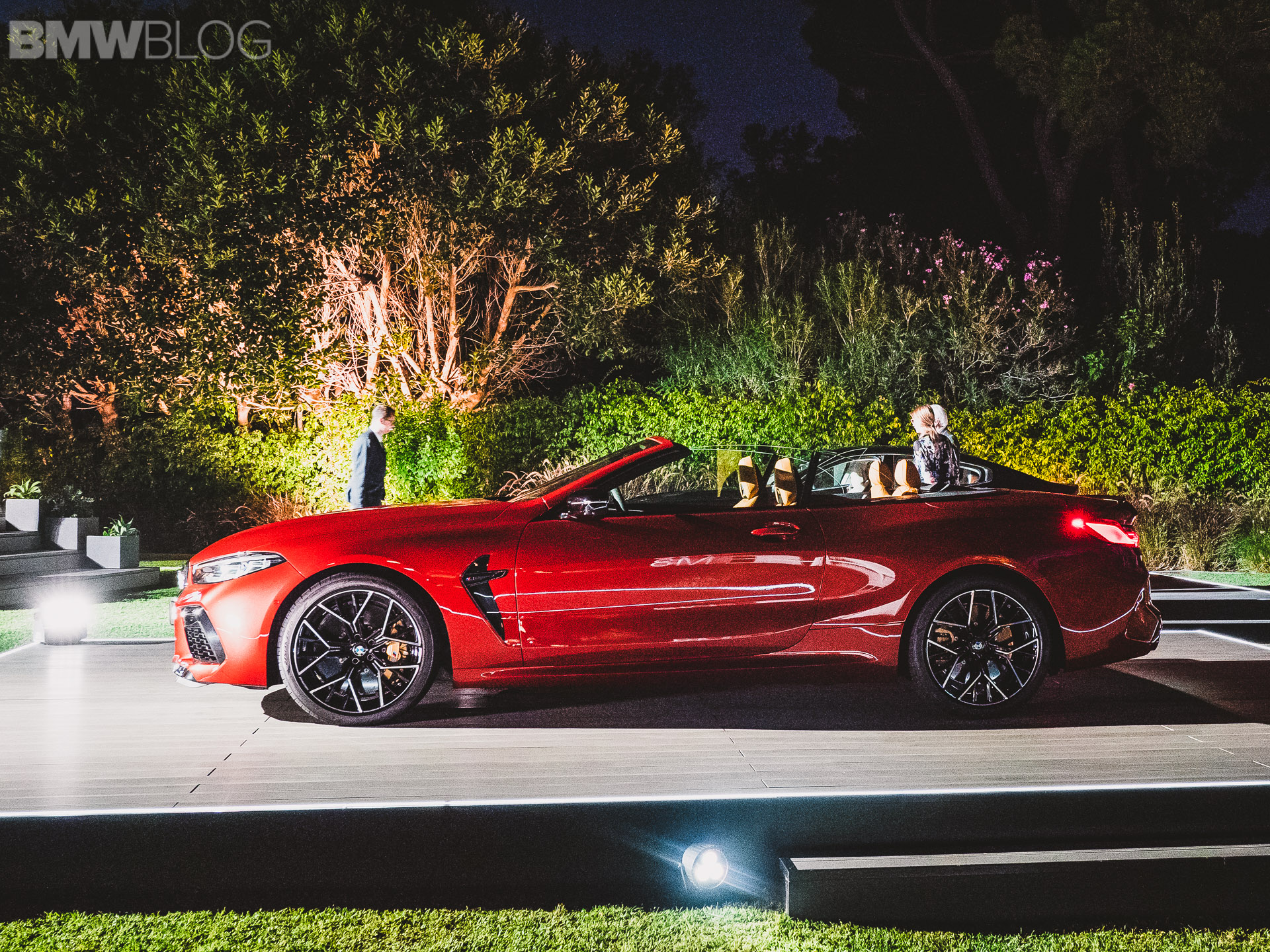 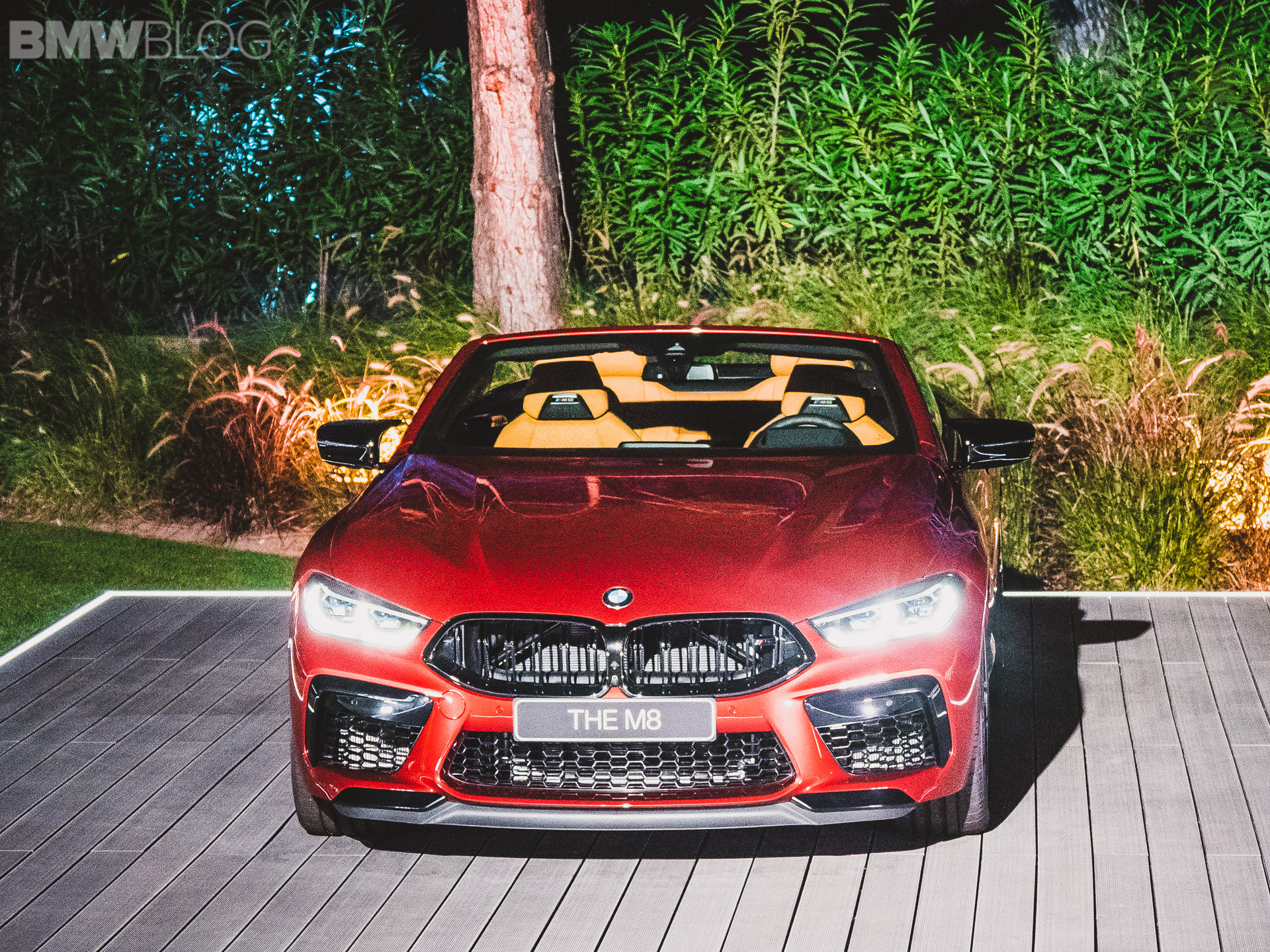 6 responses to “Live photos of the BMW M8 Convertible”