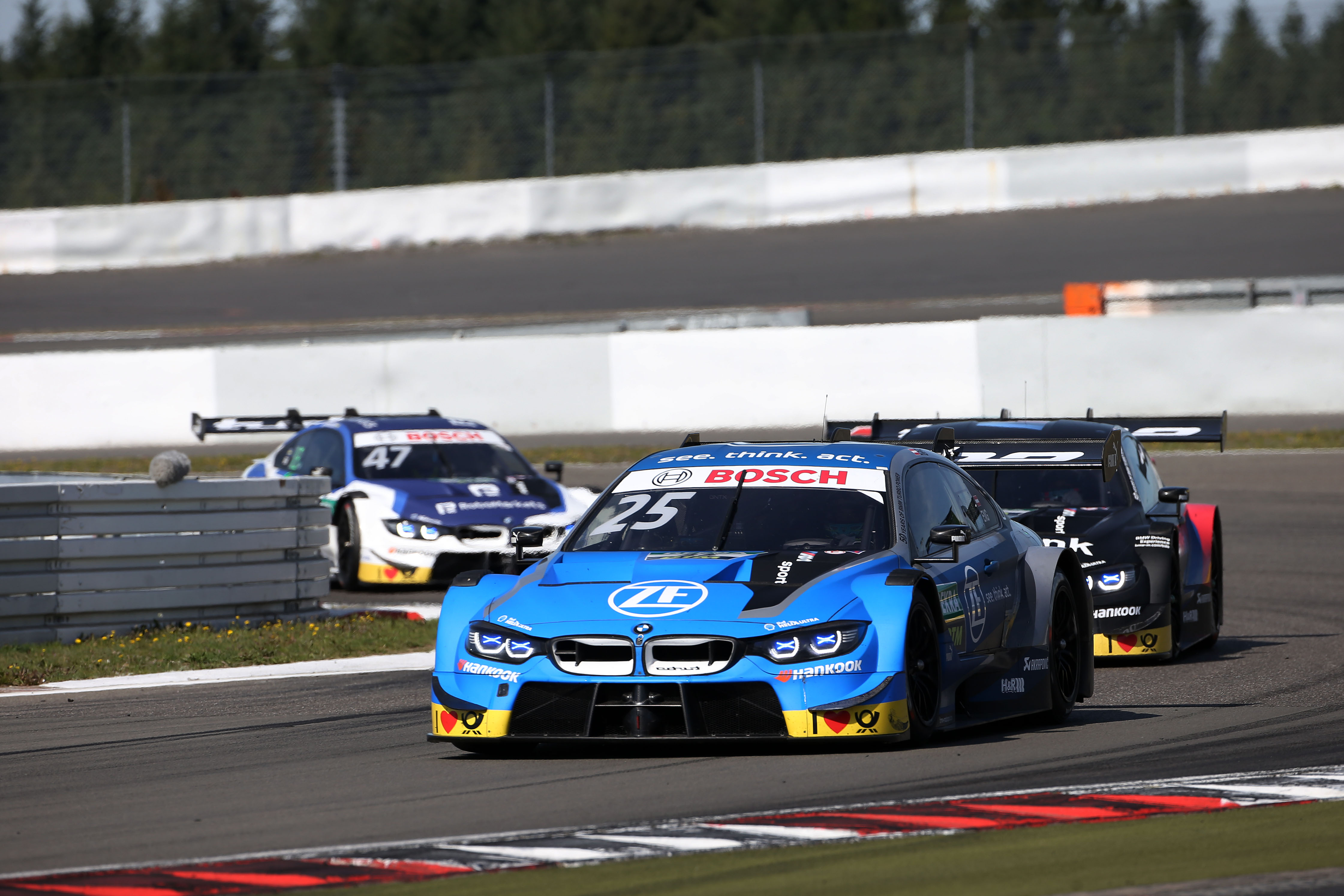 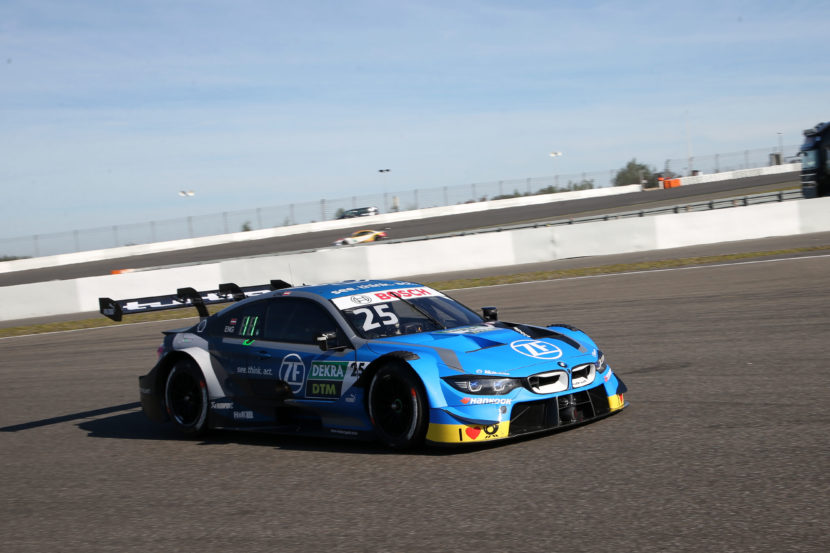 An oil leak in the engine periphery forced Marco Wittmann (GER) to head for the pits to retire his Schaeffler BMW M4 DTM. The race in the Eifel mountains marked his 100thDTM appearance for BMW Team RMG. The two-time champion is the best-placed BMW driver in the overall standings, in third place with 182 points.

Reactions to the 16th DTM race of the 2019 season at the Nürburgring.

“First of all, congratulations to René Rast and Audi on winning the title here at the Nürburgring. René has performed very well throughout the season and deserves to be the champion. After a good team result yesterday, today’s race performance really was unsatisfactory – from the unnecessary collision between Sheldon and Timo to Marco’s retirement. Qualifying was really tight but we weren’t in the same position as on Saturday. Finishing eighth, ninth and tenth in the race is not enough. We must prepare perfectly for Hockenheim, as we want to round off the season with a good result.”

“In qualifying, we were able to place the cars in a pack. However, there were a few incidents and technical problems during the race. After yesterday’s result, we had hoped that today would go a similar way. We had worked hard to achieve that but we didn’t get the right result. However, we will forget about that and look ahead to the next race weekend at Hockenheim, where we definitely want to put on a good performance.”

“The opening phase was good and we were mixing it up with the Audis, however we didn’t have the pace to make more progress. I was focusing more on the second stint as I knew that we would then have had fresher tyres. The technical issue at the end was very disappointing, especially as this was my 100th race for BMW team RMG.”

“Today wasn’t easy for us in general. Maybe we stopped a little late, but we couldn’t really have done much better. We did manage to score one point, despite the difficult race. Now we are just focusing on Hockenheim.”

“Finishing ninth after this race shows that it could have been possible to record a better result today, but that wasn’t possible after the incident on lap two, which is very unfortunate. At Hockenheim, I will now do everything I can to finish this difficult season with a good result.”

“Philipp Eng moved up to eighth after starting from eleventh on the grid. He did as well as he possibly could and it was a similar story for Joel Eriksson. Looking at the pace of Sheldon van der Linde, I think that he could have been within striking distance of a decent result. However, his race was effectively over after that drive-through penalty.”

“Of course, that is not a dream result but it’s the best we can do at the moment. Things went better than yesterday for me. The guys turned the car around completely. At least that did pay off a bit.”

“It was quite difficult today. The first lap in particular was especially messy. Overall, it was a hard weekend for us. We have lots of work to do before Hockenheim but I am looking forward to the final highlight of the season.”

“It was a tough, tough day for us. Obviously the situation with Timo was not what I wanted. You never want to make contact with another BMW. We will now move on to the next round at Hockenheim.” 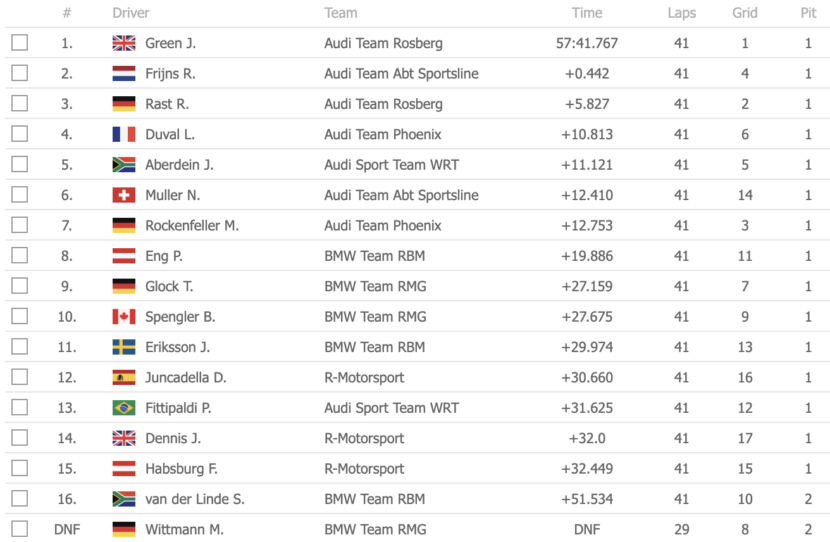