We’ve already seen a handful of spy photos for the upcoming BMW 5 Series and it features larger Kidney Grilles and slimmer headlights. Its face seems to match that of the new 7 Series a bit, or at least lean in that direction. However, some new spy photos of an F90-gen BMW M5 test mule have just surfaced, showing off its face with some camouflage and it’s peaked our curiosity. (We don’t own the spy photos but check them here) 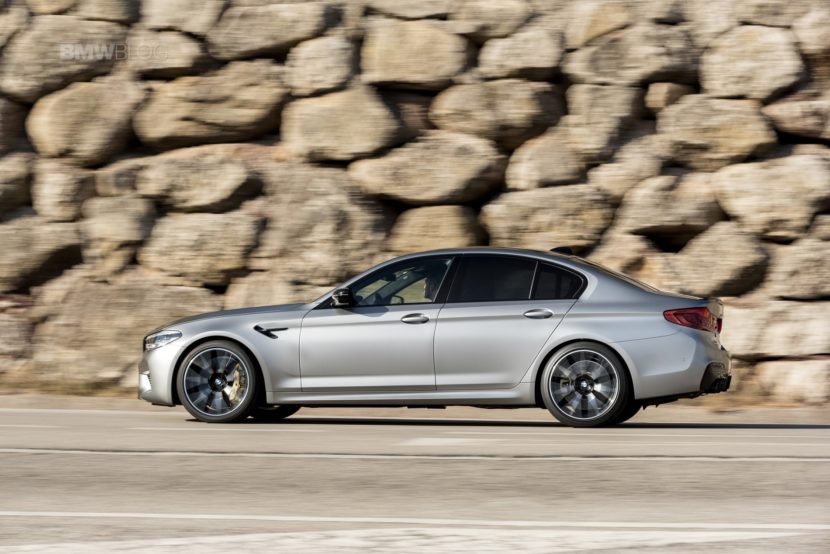 The most likely answer is that it’s just a very early pre-production M5 LCI facelift, which hasn’t had the new body panels put on yet. So it could just be testing some new interior bits or even maybe some mechanical bits. As we know, the 5 Series LCI will bring about some new interior changes, borrowing them from the new 8 Series. So it will get the same new digital instrument panel, the latest version of iDrive and maybe a trim/luxury tweak here and there.

Hopefully BMW brings the new shift lever over from the 8 Series, X7 and 3 Series. For some reason, the Bavarians kept the 7 Series’ oddly shaped shifter, despite the X7 getting the new glass one and it was sort of annoying during my week with the new 750i facelift. As for this BMW M5 test mule, the new M-style shift lever from the BMW M8 would be a very welcome addition.

Despite not looking like the other 5 Series LCI test mules we’ve seen, that’s likely what this BMW M5 is, just a very early one without the new body panels yet. Is there a very small possibility that this is some special edition BMW M5 in the works? I can’t rule it out but we haven’t heard anything from our sources about such a thing, so we won’t speculate. You can, though. So have at it.