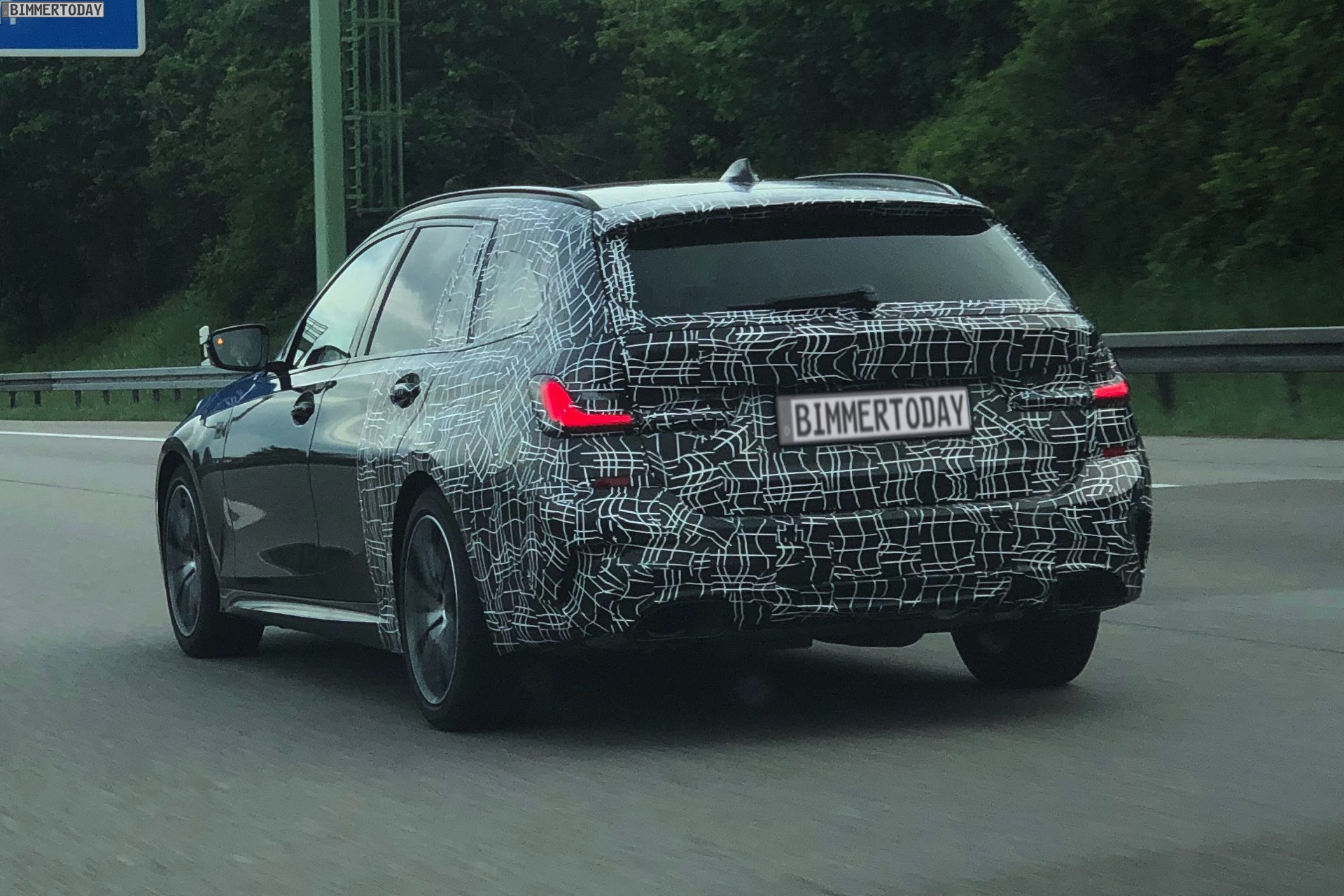 Christian, a reader of our sister-magazine Bimmertoday, has just spotted the all-new G21 BMW 3 Series Touring. Under the camouflage is hiding not just any 3 Series wagon, but the top model – BMW M340i xDrive Touring. At a first glance, the M Performance models of new BMWs can be easily spotted by the mesh kidney grille, a design cue seen on the Z4 M40i and M340i sedan. The power station wagon will most likely be available at the market launch of the G21 in the fall of 2019 and carry the same distinguishing features as the sedan. The focus is therefore on the characteristic kidneys in mesh design and the trapezoidal tailpipes, which clearly distinguish the top model from the weaker variants with their round tailpipes. 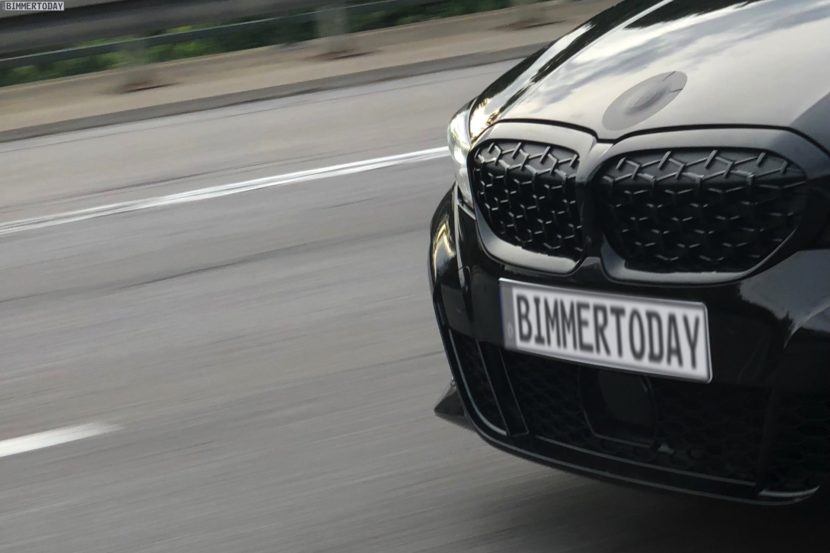 In addition, there are some elements in Cerium Gray, which are not seen here on this model, likely due to the fact that the elements in question are in conjunction with the Shadow Line with extended scope in glossy black instead of in the striking contrasting color.

In addition to the M340i variant, a BMW M340d Touring will follow later which is not externally different from the gasoline engine. With its well over 300 hp straight six-cylinder diesel, it is aimed primarily at long-haul drivers who want to combine superior performance with long range. 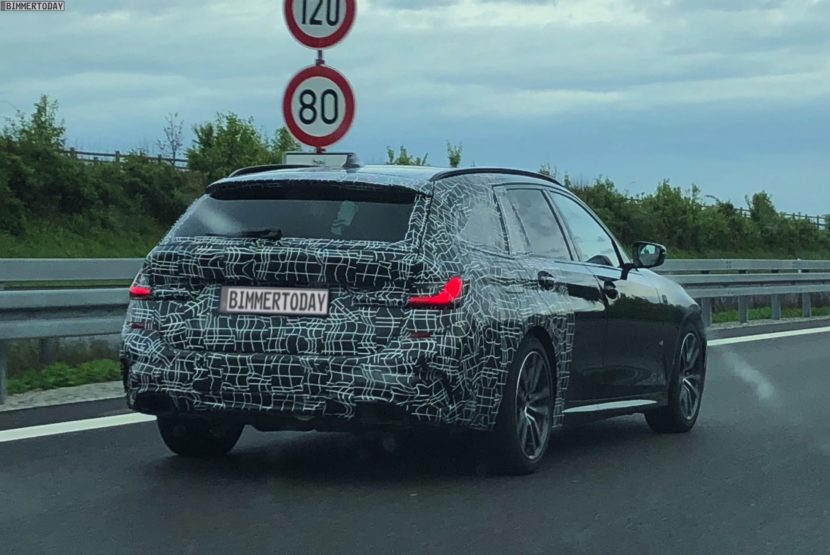 Along with the M Performance models M340i and M340d, the BMW 3 Series Touring G21 will, of course, also be available with lower powered engines: The offer for the launch includes the four-cylinder 318d, 320d, 320i and 330i, as well as the six-cylinder 330d. For many engines, customers can choose between rear-wheel and all-wheel drive, but the top models BMW M340i and M340d G21 are always equipped with xDrive.

That’s the good news. The bad one is that it won’t arrive to the United States. The previous generation F31 3 Series Touring was the last BMW sports wagon to arrive on this side of the pond, but the future of touring models in the United States is uncertain. Partly, because of the SUV craze that has every automaker chase those segments. 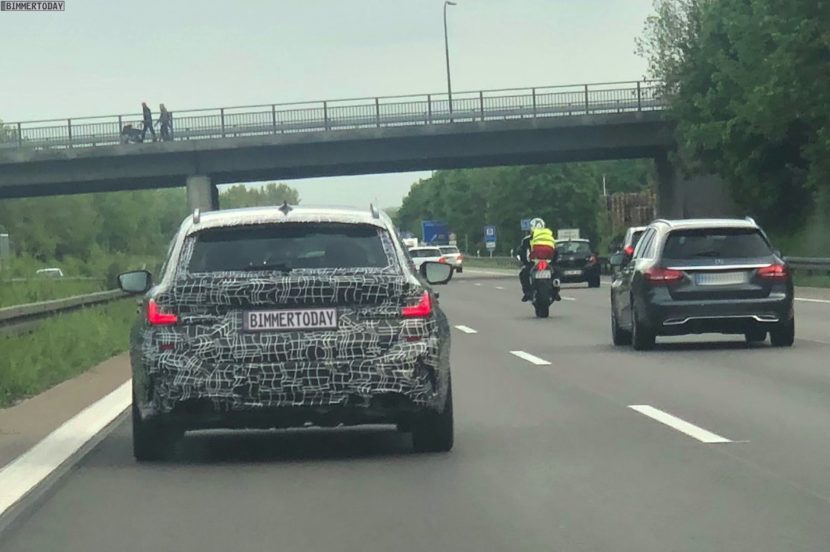 Under the hood, the G21 M340i Touring carries the same B58 3.0 liter inline-six making 340 hp and 369 lb-ft of torque in Europe. The engine will be paired to an all-wheel drive system and the power will be sent to all wheels via an eight-speed ZF automatic transmission.

The G21 3 Series will be once again an important model for the Bavarians, so we expect sale to at leash match those of the F31 3 Series. First drives are scheduled for July 2019 and as always, we will have a first-hand report.