Five BMW M4 DTMs in the points on Sunday at Hockenheim 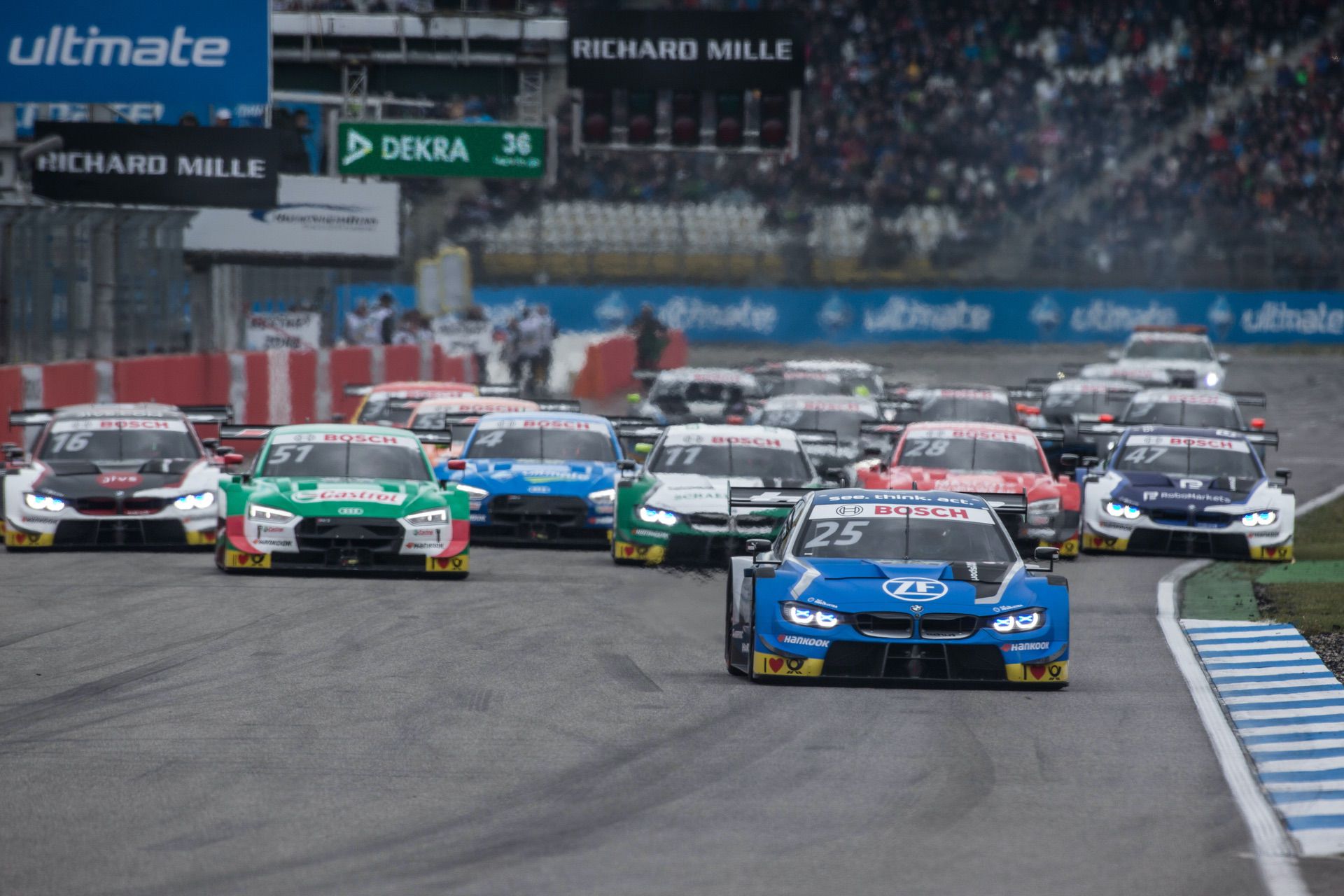 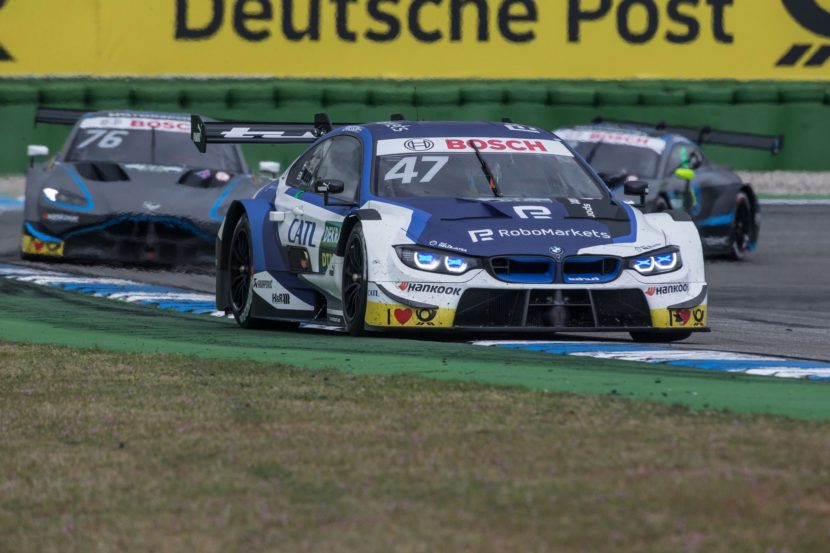 The second race of the year featured an early safety car period, after which tyre management played a key role. Two races into the new season, two-time champion Wittmann tops the Drivers’ Championship with 34 points after his victory and pole position on Saturday. In the Manufacturers Championship, BMW is currently second with 93 points, behind Audi (110). The DTM now heads to Zolder (BEL) on 18th/19th May for races three and four of the 2019 season.

Jens Marquardt (BMW Motorsport Director):
“The opening weekend of the new DTM certainly makes you hungry for more. After the wet race and our victory on Saturday, spectators were treated to superb racing again today. Given the strong qualifying result, with pole position for Philipp Eng, positions four to six are not necessarily the result we were hoping for. The safety car definitely did not help us and two of our drivers were spun. That prevented us from executing our strategy perfectly and meant that we had to react. In contrast, some of our rivals were able to benefit behind the safety car. For example, René Rast basically had a free stop and the opportunity to cut aggressively through the field on fresh tyres. That was not an option from the positions we were in. It is now clear that tyre management will definitely be an important focus this year. Audi did a good job today. Compliments to Aston Martin too. They also put on a good show here. Our drivers all fought hard today. That was far from easy on their tyres towards the end of the race. We will now take a detailed look at that. We can still take a lot of positives from the first weekend. The win on Saturday was fantastic, we scored plenty of points, and all six cars finished again. That is something we can build on. After the races in the DTM and WEC, BMW still has the IMSA race in Mid-Ohio this weekend. We are crossing our fingers for BMW Team RLL.” 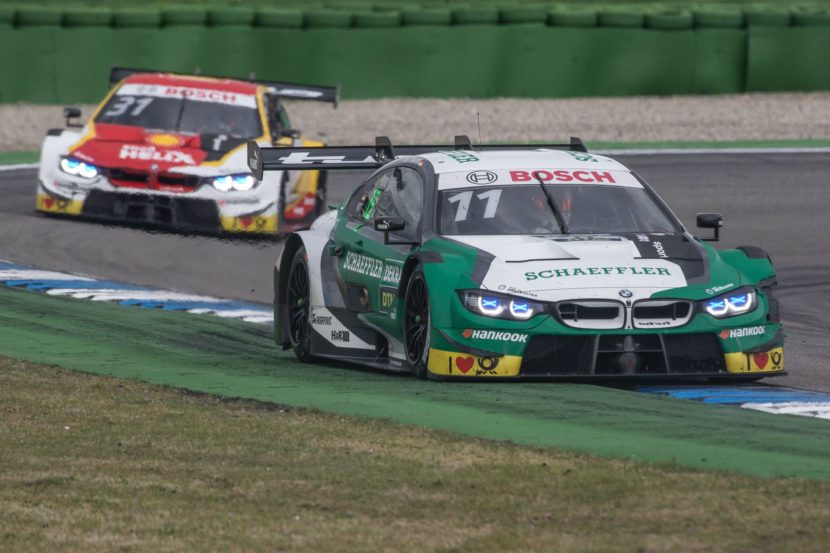 Stefan Reinhold (BMW Team RMG Team Principal):
“Generally speaking, we are happy that all three cars finished in the points again on Sunday, after such a busy opening weekend. On the other hand, you have to say that a number of incidents really cost us a lot of points in today’s race. Marco briefly dropped back to last place, but fought back to finish eighth. Today could have been better for us. All in all, I can only say a big thank you to everyone. After yesterday’s victory, we are all highly motivated for the coming races.”

Bruno Spengler (#7 BMW Bank M4 DTM, BMW Team RMG, Grid: 14th, Race: 5th, Drivers’ standings: 7th, 16 points):
“In general, that was a good race. Unfortunately, I suffered some wheelspin, which meant I got off to a bad start, but I was able to recover. I then had good pace in the first stint, as I did at the start of the second stint. However, the tyres then started to deteriorate. Despite that, our pit stop strategy was spot on. Ultimately, the opposition was simply stronger late on in the race, and I was unable to keep them behind me. Fifth place is good. We scored valuable points for BMW yesterday and today.”

Timo Glock (#16 BMW M4 DTM, BMW Team RMR, Grid: 6th, Race: 6th, Drivers’ standings: 6th, 20 points):
“I was third after the start and had good pace. After the re-start, there was some contact with Bruno Spengler. After that, the pace was no longer there. Maybe the track was no longer okay, or something was broken. It is a shame, because there was more in it for us.”

Marco Wittmann (#11 Schaeffler BMW M4 DTM, BMW Team RMG, Grid: 2nd, Race: 8th, Drivers’ standings: 1st  34 points):
“I did not make a good start. Exactly what we assumed would happen, did happen – doing away with the handbrake has made the start more difficult. It worked well yesterday, but not today. I lost a few places early on. The re-start was a bit chaotic. Then I was spun in the hairpin and ended up last. That was frustrating. We opted for an early pit stop, to make up some positions. We managed that, thanks to our good pace. However, when you stop that early, you have no chance at the end. All the same, I did manage to finish eighth and pick up points. It is a shame, because we had the pace to be right up there today. On the whole, it has still been a very good start to the season.”

Bart Mampaey (BMW Team RBM Team Principal):
“It was an exciting race. We saw the new DTM – with push-to-pass and DRS. And we at least managed to score some points. Unfortunately, we had this incident, which resulted in the safety car making an appearance. After that, the race developed rather differently to what we have experienced in the past. In the end, Philipp Eng finished fourth, which is a good result. We also finished in the points with Joel Eriksson. Sheldon van der Linde had a damaged car after the start. After that, we tried something different with the pit stop that did not ultimately get us any points. We will now look ahead and are looking forward to our home race.”

Philipp Eng (#25 ZF BMW M4 DTM, BMW Team RMR, Grid: 1st, Race: 4th, Drivers’ standings: 8th, 15 points):
“The pole position was very important. It did the whole team good after the past two days, which were not easy. I would have liked to have finished on the podium, but came up just short. We were a bit unlucky at the pit stop, when Nico Müller, with whom I was battling for position, came out ahead of us. Other than that, however, it was a flawless race from the whole team.”

Joel Eriksson (#47 CATL BMW M4 DTM, BMW Team RBM, Grid: 9th, Race: 10th, Drivers’ standings: 14th, 1 point):
“It was not easy today. I did make a good start, but the opening lap was then tough again. I was able to make up a few positions, thanks to the safety car. However, over the course of the race we struggled with tyre wear. We have a bit of homework to do, but we will get that done by Zolder.”

Sheldon van der Linde (#31 Shell BMW M4 DTM, BMW Team RBM, Grid: 10th, Race: 14th, Drivers’ standings: 10th, 8 points):
“To be honest, I’m not happy at all. I believe we had the potential to finish in the points again today. However, I was spun by Jamie Green at the re-start after the safety car period. I could do absolutely nothing about it. Our car was damaged after that and we had no chance anymore.”