This ‘Youngtimer’ ALPINA B12 5.0 Coupe will cost as much as the BMW M8 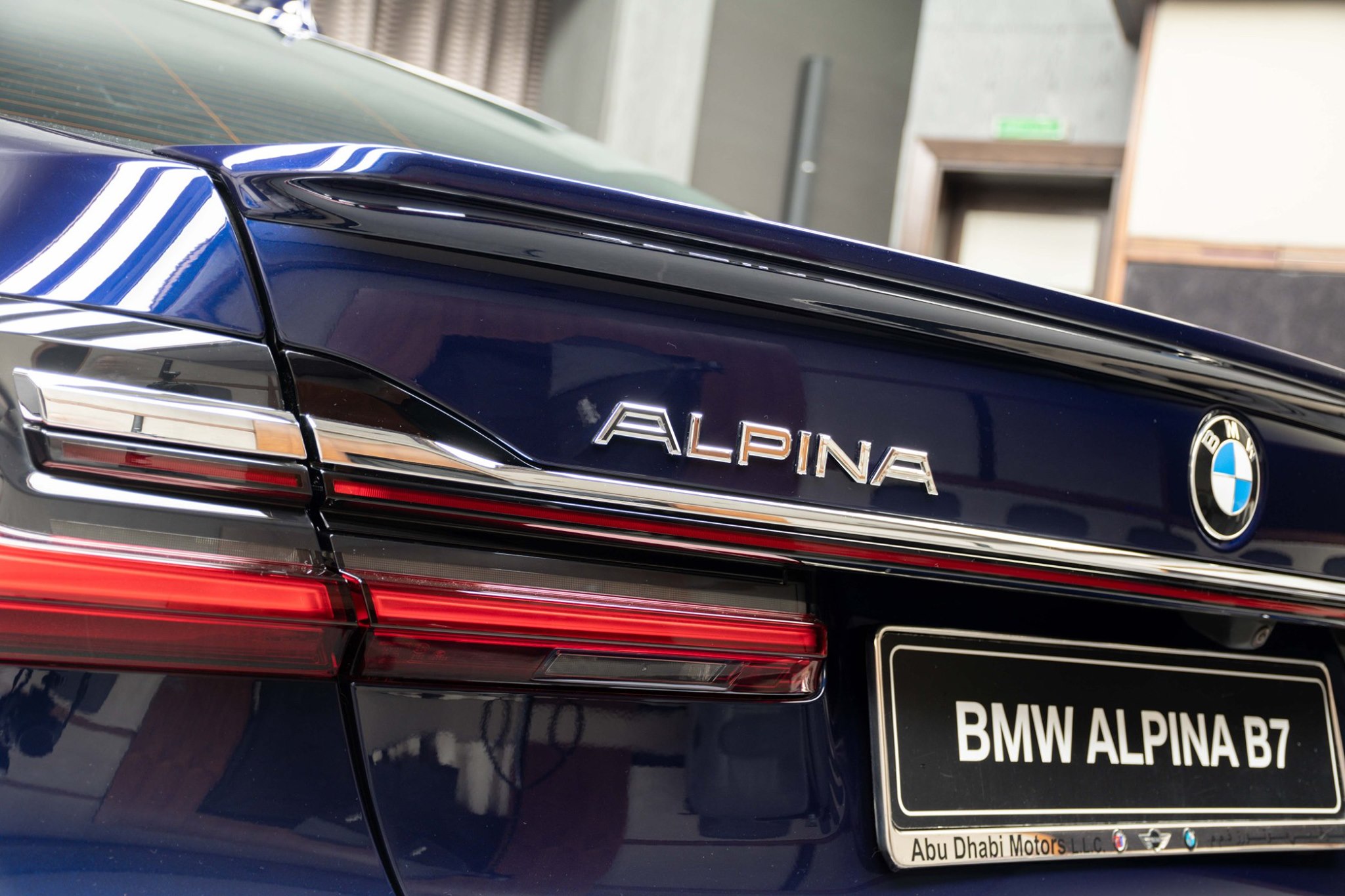 Yesterday, we took a look at one of the cars from the ‘Youngtimer‘ collection being auctioned through RM Sotheby’s. Being that we can’t get enough of the cars from that collection and it seems as if most of the internet can’t either, we thought we’d take a look at another car. Another ALPINA B12, in fact. Except this one is the B12 5.0 Coupe, based off of the E31 BMW 8 Series, rather than yesterday’s B12 6.0 based off of the E38 7 Series. (Unfortunately, we don’t own the rights to the Youngtimer photos so we can’t use them. The photo above is of another ALPINA B12)

This 1992 ALPINA B12 5.0 Coupe is an absolute stunner. Not only does it have the regular 8 Series’ striking good looks but, thanks to ALPINA, it has those classic wheels, is painted in the gorgeous blue and wears the typical gold ALPINA livery. It’s just a lovely thing to look at. And, being based on a first-gen 8er, pop-up headlights. Life doesn’t get much better.

Inside, it gets black leather with the usual ALPINA touches, such as contrast stitching, blue dials and some stripes on the seats. Sure, it only has a five-speed automatic and not the more desirable manual gearbox but the auto fits the nature of the ALPINA B12 5.0 Coupe better. It’s more of a comfy GT car than a proper sports car.

Speaking of GT car, that long-legged 5.0 liter V12 from BMW was obviously tinkered with by ALPINA. So it has upgraded pistons, intake manifold, exhaust manifold, exhaust and cooling, all to give it 350 hp. It also has a revised suspension and better brakes, so it’s more comfortable and more agile, while also stopping better.

This specific car has been especially taken care of and is in sublime condition. It also has a a fully-documented history of service records and maintenance, so the buyer can be confident in its quality.

The ALPINA B12 5.0 is a rare car, with only 97 of them ever being made. This one, with its desirable blue/black color scheme, is even rarer still. Which is why Sotheby’s is estimating that it will sell for around €100,000 — €120,000. It could even go for more. That’s almost as much as we expect the upcoming BMW M8 to cost and if it sells for more than the estimate it will likely be as much as the M8. That’s a hefty price for such an old car but it is a rare old beauty, isn’t it?