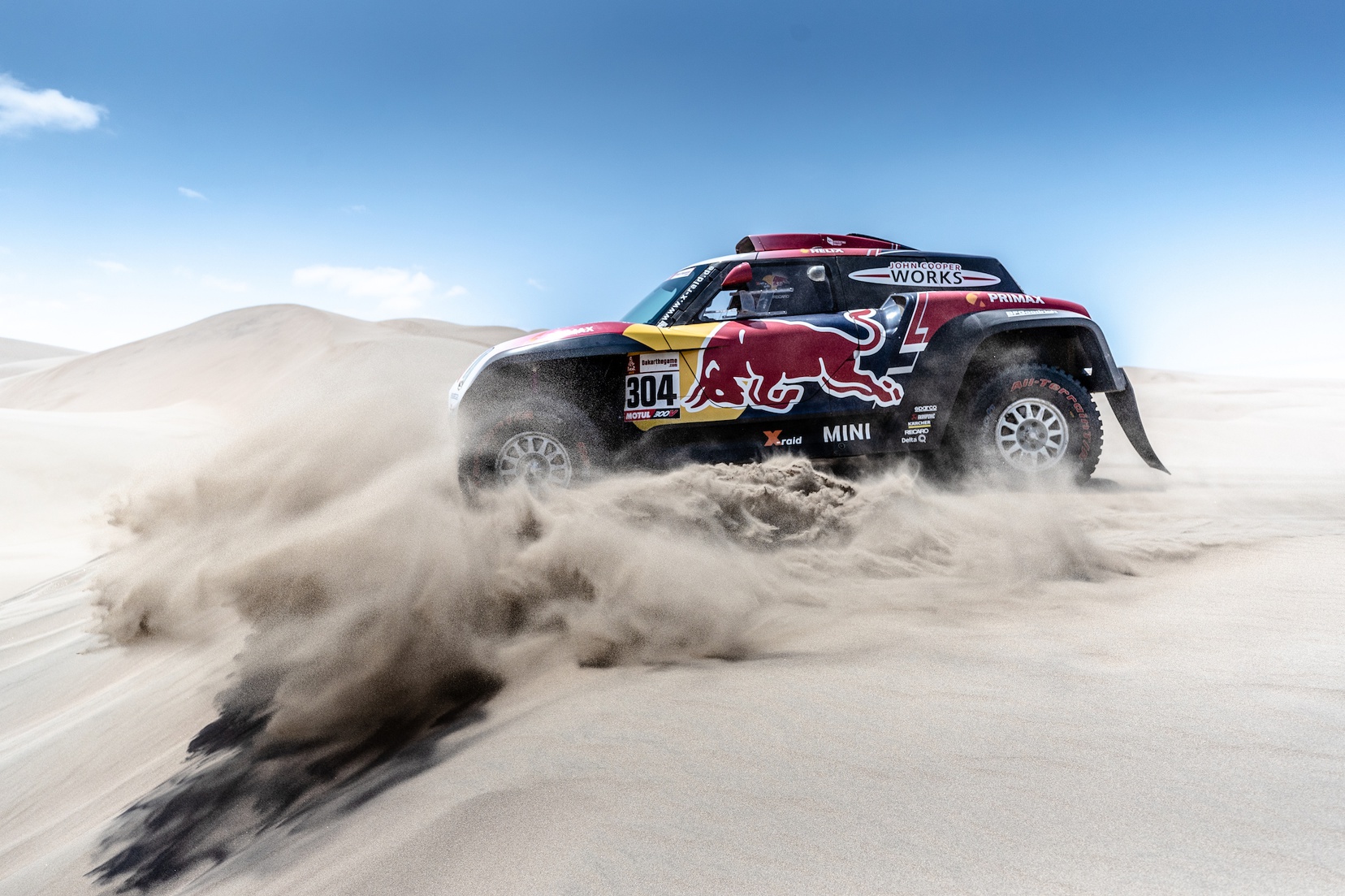 The Dakar Rally continued over the weekend, with the teams covering even more ground in Peru, trying to out run one another. After six stages and reaching the mid-way point in the Dakar Rally, Stephan Peterhansel continues to be the best ranked MINI driver, sitting in third overall. The last stage had the teams cover 810 kilometers out of which 309 were part of the Special Stage, which kicked off in the Tanaka Dunes.

The MINI John Cooper Works Buggy of Carlos Sainz and co-driver Lucas Cruz was the highest placed MINI at stage end. In order to make up places and time, the Spanish duo pushed hard from the start and, despite three punctures along the stage, crossed the finish point in third position. Just over six minutes later, Cyril Despres and co-driver Jean Paul Cottret placed their MINI John Cooper Works Buggy in fourth.

The first MINI John Cooper Works Rally to complete Stage 6 was that of Joan ‘Nani’ Roma (ESP) and co-driver Alex Haro (ESP). They too had a difficult time in the dunes but were happy with the end result of fifth in Stage. Stéphane Peterhansel and co-driver David Castera had some real bad luck just before exiting the Tanaka Dunes. They got stuck in the sand for 20 minutes after going to the aid of Roma who was already stuck deep. Pushing hard later to make up lost time, the MINI John Cooper Works Buggy crew eventually finished in sixth place.

“The first special wasn’t too bad, until I saw Nani stuck five kilometres from the finish. He didn’t signal for help, but after he helped me out two days ago, I felt compelled to rush to his aid. As a result, I ended up in a sand basin and lost twenty minutes,” said Peterhansel about the stage. At the moment, three MINI crews are placed in the top five overall as we enter the second half of the rally.