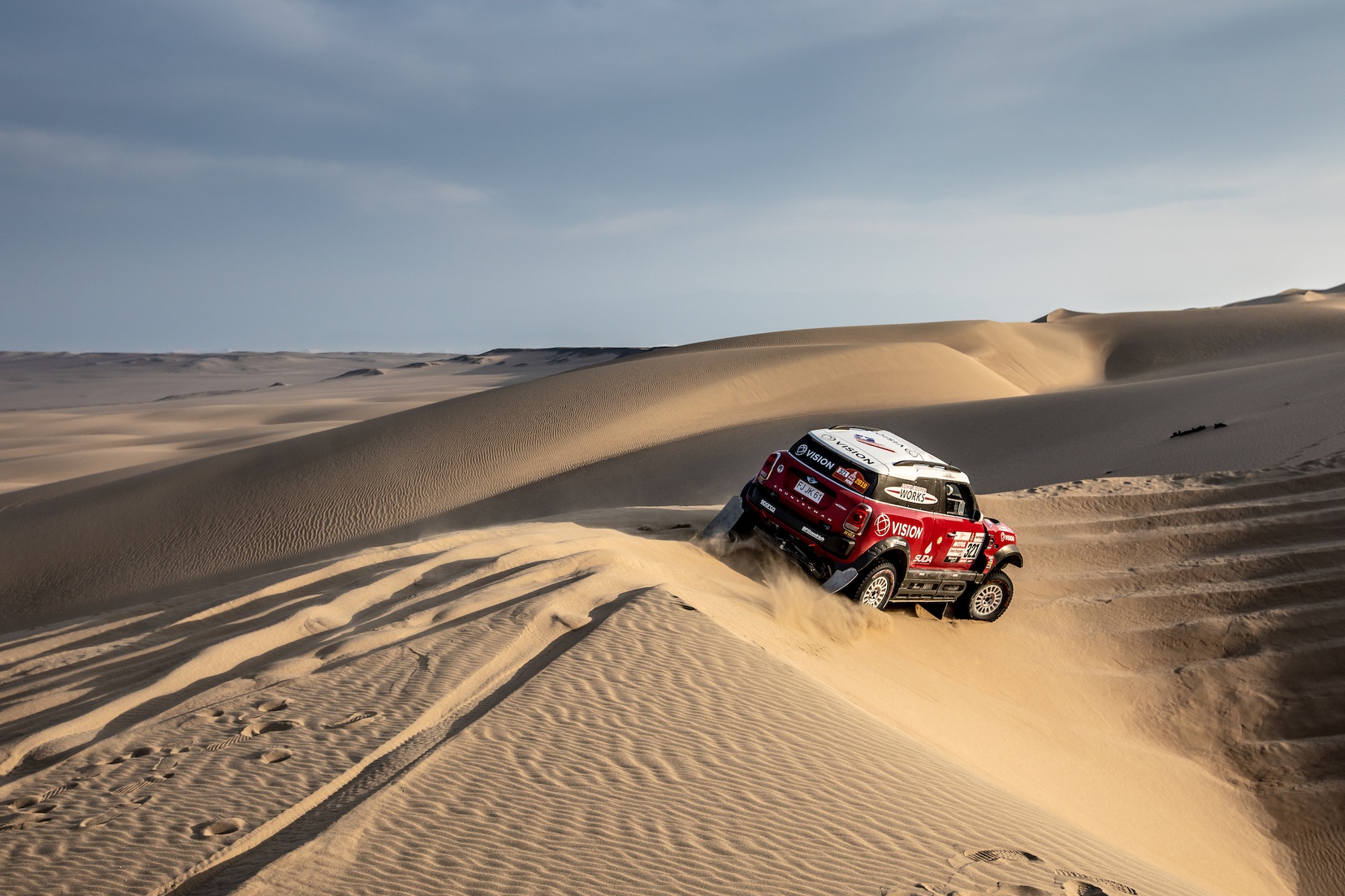 Stephane Peterhansel is now second in the overall standings at this year’s Dakar Rally, after the fourth stage of the event. The teams had to travel from Arequipa to Tacna in southern Peru, covering 406-km in the process and the Peterhansel-Castera team managed to cross the finish line second in their MINI JCW Buggy, just behind the current overall leader, Nasser Al-Attiyah and his Toyota.

The next best placed MINI team was the Sainz-Cruz duo, who managed to cross the line seventh, after the bad luck they encountered on the previous stages. Cyril Despres and Jean-Paul Cottret came in eight, just behind Sainz. Overall, Stephan Peterhansel and David Castera are now second, just behind the first-placed Toyota, as things are heating up for the remaining stages. This stage was a special one, where no outside technical assistance was allowed. 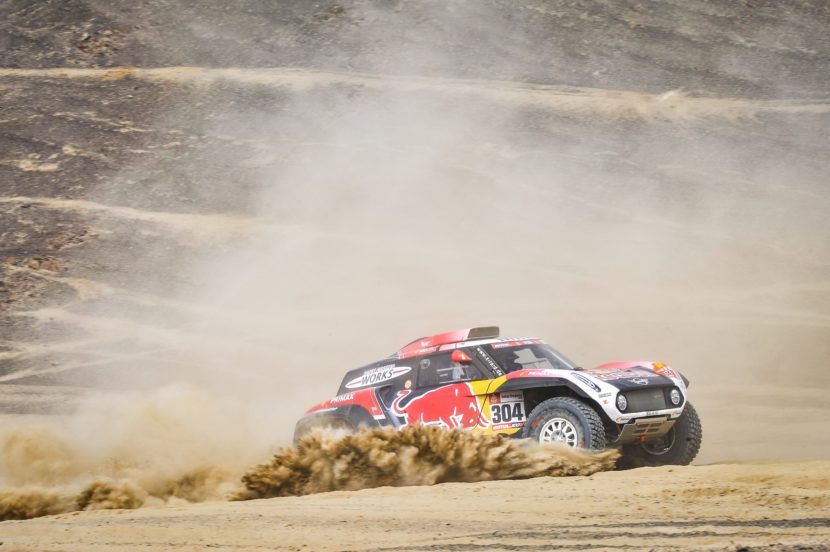 That proved to be quite unfortunate for Sebastian Loeb, the former WRC champion having to deal with three punctures, losing valuable time. Nevertheless, the nine-time world rally champion and his privately-entered Peugeot are now sixth, behind a plethora of MINI models, from Peterhansel in second, to Saudi Arabia’s Yazeed Al-Rajhi who fell to fifth place. The race is heating up and everyone is now doing their best to finish every stage in the first place, and then post the best possible time.

The next stage will see the teams from Tacna to Arequipa over a 714-kilometer long stretch, 450 of which will be a special stage. Peterhansel will be looking to recover some time in his battle with Al-Attiyah, and he’ll be using his lucky bandana to do so. Few people know but Peterhansel is still keeping his lucky bandana with him, the one he used in his first Dakar Rally back in 1991. Back then it was used to protect his back from sand, while he was on the bike in the desert but Stephan still has it to this day and keeps it with him for good luck.