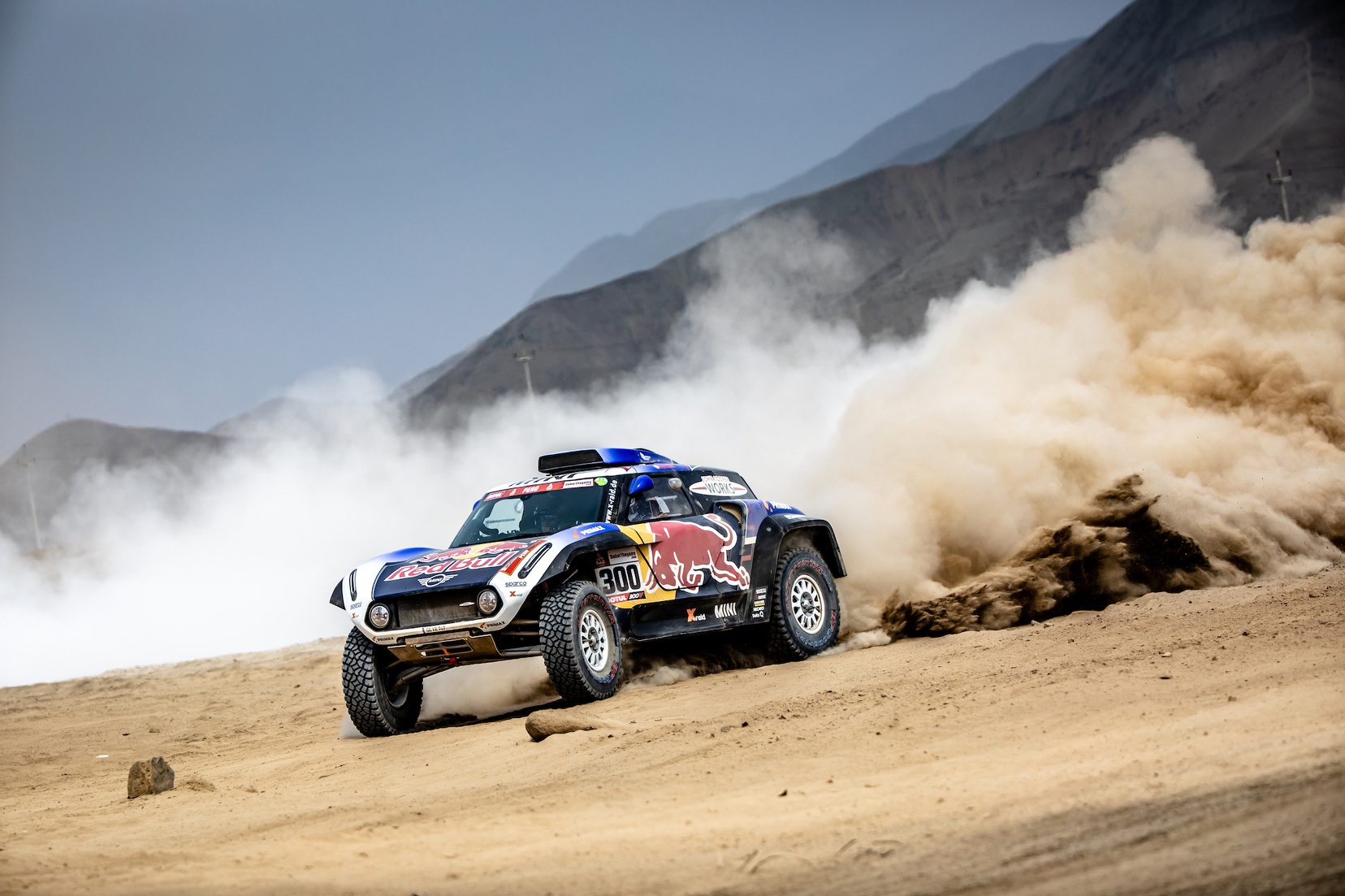 The line-up of MINI models at the starting line of this year’s Dakar Rally was impressive, as we already mentioned before. With such an experienced crew and pilots involved in MINI’s efforts this year, the 41st edition of the Dakar Rally should be a good one for MINI. In the first stage, from Lima to Pisco, three MINI cars finished in the top five and all eight MINI crews made it to the destination, five of them inside the top ten.

It may seem like nothing at first, but the 331-km long stage is filled with tricky terrain as is the entire Dakar Rally, as a matter of fact. Just finishing is a challenge in itself. Nevertheless, Carlos Sainz and Lucas Cruz of the X-Raid MINI JCW Team managed to end the first stage with their MINI JCW Buggy on second place. Jakub Przygonski and Tom Colsoul were ranked third overall with their MINI JCW Rally car while the fifth place went to the car driven by Yazeed Al-Rajhi and Timo Gottschalk. 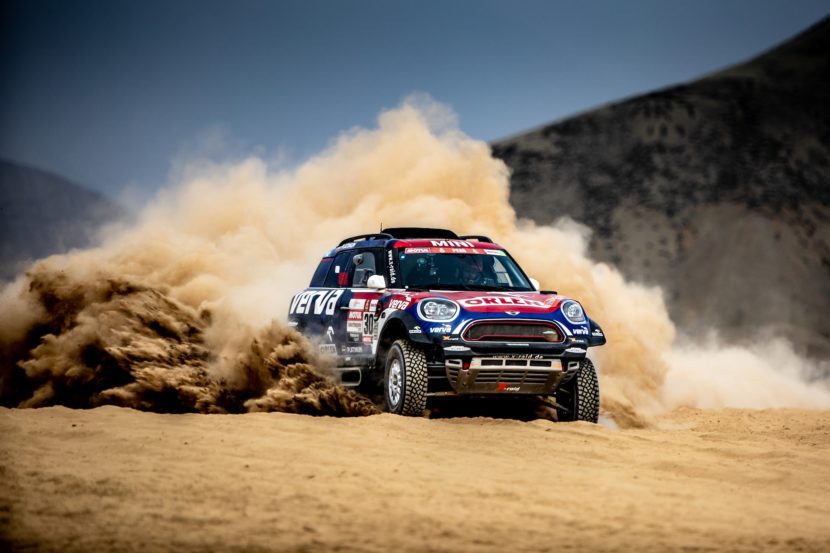 The fourth MINI vehicle inside the top ten was the MINI JCW Buggy of Stéphane Peterhansel and David Castera in the seventh overall spot. Three places further back in tenth spot and just 4min 25sec off the winning time was the third MINI JCW Buggy of Frenchmen Cyril Despres and Jean Paul Cottret. “Dakar is always a mix of emotions; I love this race and I love this job so day one always gives a good feeling. It was especially good today because there was no pressure to push hard. It’s easy to enjoy it when you are just in the rhythm – really cool!” said Despres about the first stage.

The next stage will take the teams from Pisco to San Juan de Marcona and covers 342 kilometers and will kick off in a couple of hours. All teams will be looking to make up some time so things will start to heat up from here on out.