Alex Zanardi: “I can’t wait to take on the 24-hour race weekend.” 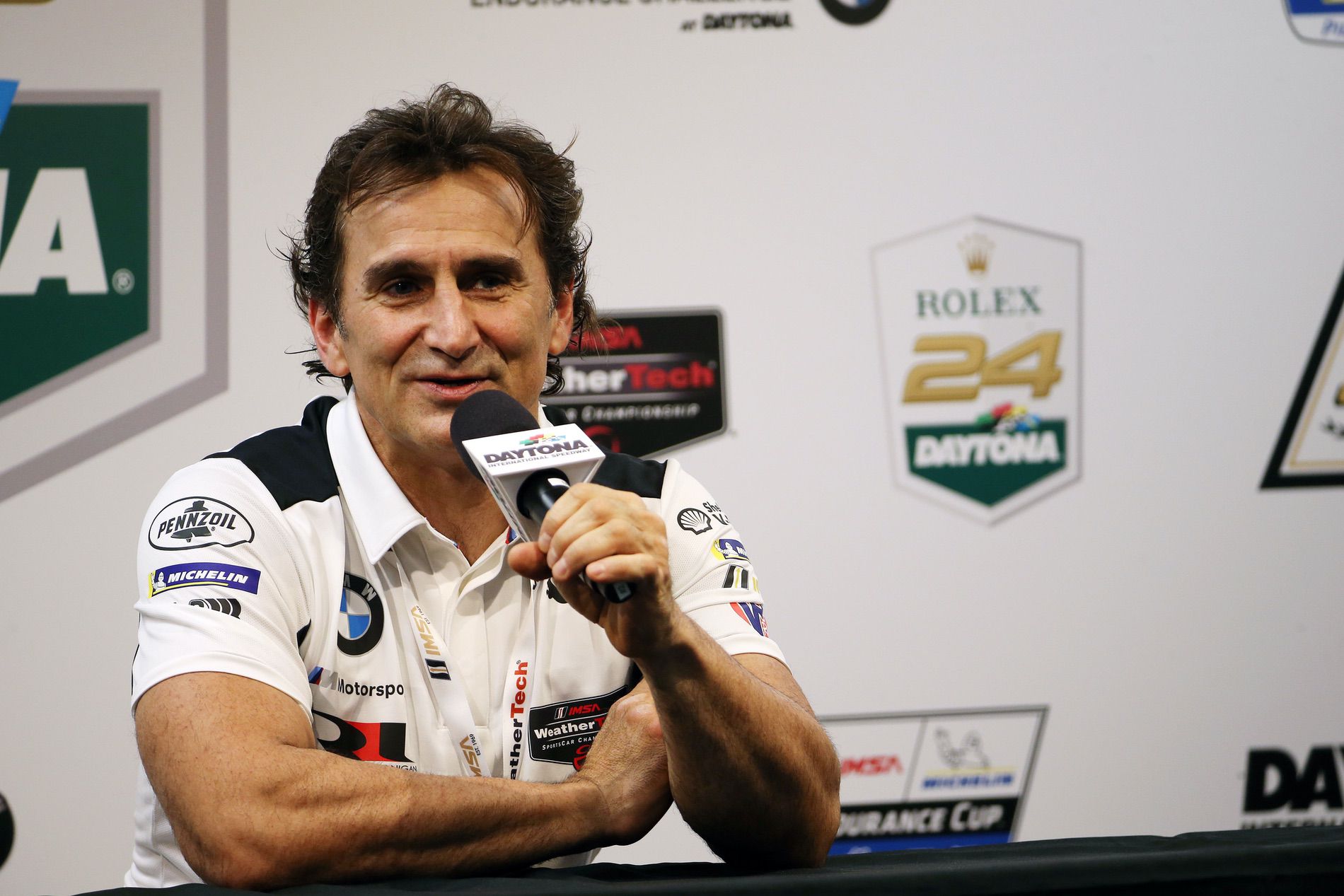 The dress rehearsal is over; now it won’t be long before Alessandro Zanardi‘s (ITA) next big challenge gets underway: the 24-hour of Daytona (USA) race on 26th and 27th January. At the IMSA WeatherTech SportsCar Championship (IMSA series) season opener, Zanardi will share the cockpit of the BMW Team RLL #24 BMW M8 GTE with John Edwards (USA), Jesse Krohn (FIN) and Chaz Mostert (AUS). The car is equipped with a special brake lever that enables Zanardi to brake by hand.

This weekend, Zanardi, BMW M Motorsport and BMW Team RLL were involved in the final test before the race, the official pre-event test, the ‘Roar’. This gave Zanardi another opportunity to get to know the BMW M8 GTE, the team and his team-mates better. In an interview, the BMW works driver and BMW brand ambassador talks about the significance of the 24-hour race of Daytona, the reception of the American fans, his impressions in the crucial stage of preparations and the challenges in the actual race. 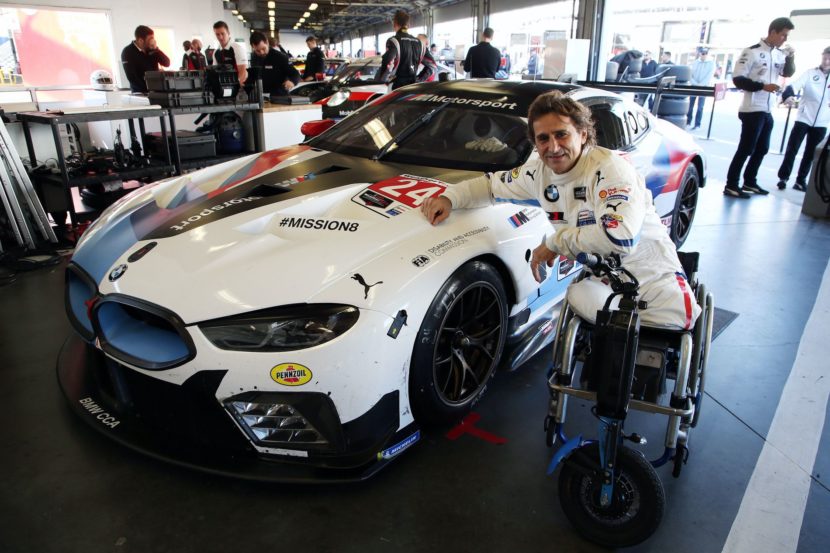 Alessandro, Daytona is not just a race, it is one of the most important 24-hour races in the world. What do you think about Daytona?

Alessandro Zanardi: “Daytona is a race that, when I was racing in the United States, many of my colleagues and rivals were engaged in as its dates never clashed with any of the Indycar championship races because it is very early in the season. I never had the opportunity for some reason to have a taste of it myself but hearing my colleagues talking about the event, how great it is, their excitement, what they had to say about it, got me very curious about it and it was a really long, long time ago when I said: down the road, sooner or later, I want to be at Daytona. So to finally have the opportunity to go there, not only just to be part of it but to go there with a very competitive machine, to represent BMW to the best of my ability as a driver and as a brand ambassador, it’s fantastic. Now I can’t wait to finally start the 24-hour race weekend.” 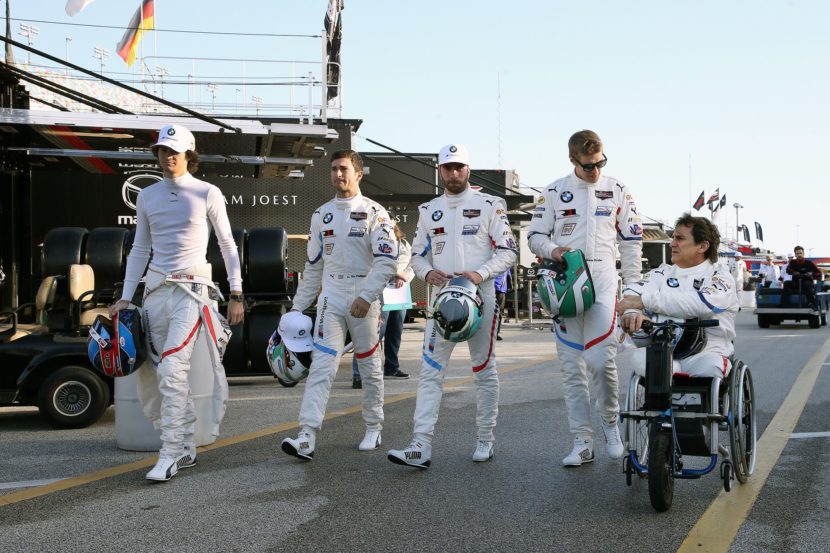 At the weekend, you and BMW Team RLL completed the dress rehearsal for the 24-hour race, the ‘Roar’. Are you well prepared?

Zanardi: “You’re never prepared enough. You never feel totally prepared, even when the race is about to start and you are starting from pole position. The ‘Roar’ was a very important test but you don’t know how people are going to come back for the race where they really show the full potential of their cars. But that is the name of the game. You just try to do the best you can, analyse all the information you have collected and we feel pretty confident that we have done a good job.” 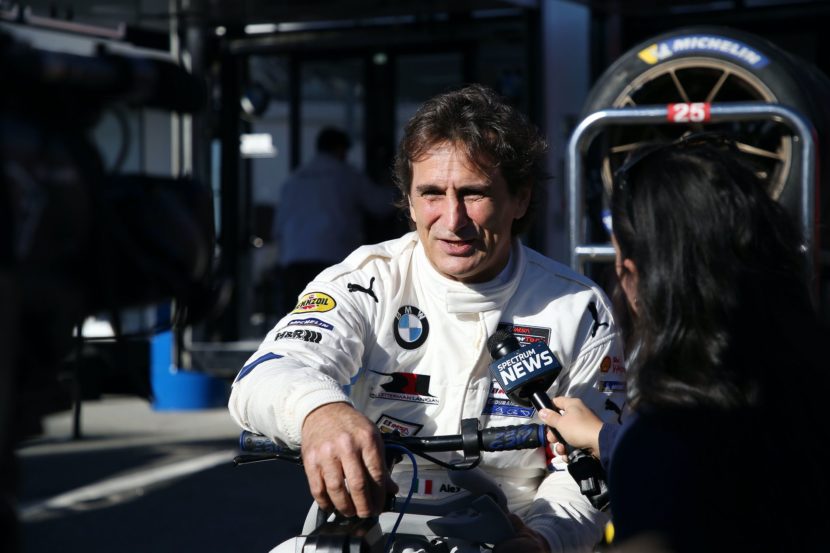 You enjoyed an overwhelming welcome in the paddock and by the US fans. Does this make you look forward for the race weekend even more?

Zanardi: “Yes, to say the least. I of course knew that it was going to be special but frankly I was not expecting it to be this special. Wow! For the race it will be probably even more. The enthusiasm of the fans for the cars running is already sky high but whenever I was going by for some reason I could detect an even more explosive spark of enthusiasm. People were sincerely happy and joyful to see me going round. And all the ones who had the opportunity to come and say something to me did not hide that at all. They were very, very warm in their comments and encouraging at the same time and respectful. I am very, very touched by the support I have been receiving.” 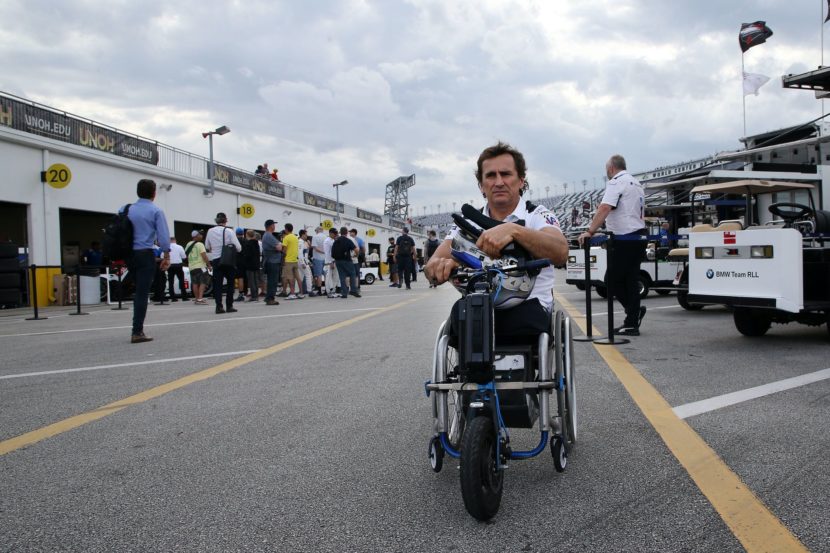 At the ‘Roar’, the entire 24-hour team came together at the track. How do you get on with your team-mates?

Zanardi: “Great! These guys are terrific. Jesse, Chaz and John are very, very talented drivers, very professional and it’s fantastic and also very helpful to be in such a team, because to be in a team with those drivers is a huge plus. It is inevitable to feel pressure because I would really like to perform at their level and on top of my personal problems, my age and whatever, it’s a question of their talent knowing the car the way they do. I will try my best but so far so good. I’m not so far behind, actually.”

And how about working with BMW Team RLL?

Zanardi:  “Every single member of the team, starting from the BMW M Motorsport guys who came from Munich to support and the guys who live here and are a full-time part of the BMW Team RLL organisation, is very professional but also excited. You can tell that they are all very, very happy to be here, they are totally dedicated and you can see the passion for what they do. They want to do everything they can to steer luck in our favour because at the end of the day it still is a race, and actually it’s a 24-hour race where there are a lot of things that could go wrong and you can only control it up to a certain point.”

Did your new braking system with the lever prove to be a physical benefit in the BMW M8 GTE?

Zanardi: “Physically speaking it’s incomparable. It’s like night and day compared to what I was doing before. So yes, it helps far more than we expected when we started to investigate solutions to follow that direction. So yes, from that point of view it’s 100 percent a success. Still I think for me to negotiate the things, some of the actions that I have to do, I am still a student. And I hope I can learn some more but I will have 24-hours of time to go through my mental data and to try to develop the right technique.”

What will be the biggest challenge during the 24-hour race?

Zanardi: “To stay out of trouble. Because I have already seen over the course of the ‘Roar’ that when you have a fast prototype coming up and a slow GT in front of you, you are like ham in a sandwich. And you don’t want to get bitten. So staying out of trouble is not so easy.”

When the chequered flag comes out on Sunday, 27th January – what would be the outcome for you to say that you are happy?

Zanardi: “Well, I won’t be totally happy because when it’s over, it’s over. Even if we end up winning the race, I am sure I will regret this special and great adventure being over. So don’t make me think about it – just let me enjoy it.”